Tawny Owls and all the others
Locked
3532 posts

The webcam stream for Klaara and Klaus begins!

Looduskalender has supplied this information, and more -

Last autumn a gale broke the home tree of the tawny owls. Craftsmen from the Keskkonnaamet (Estonian Environmental Board) and RMK (State Forest Management) made a nest stock for Klaus and Klaara from the same hollow tree and it was placed near the old nesting tree. On March 1st this year a small Mobotix infrared camera (Estonian representative Beta Group OÜ) was placed by Estonian Ornithological Society in the hollow, and IR illumination suitable for the hollow was supplemented by Videovalve. The tawny owls Klaara and Klaus have accepted the new nest stock and they started nesting on March 19th, before the camera stream was made public. We will see how Klaara and Klaus’s nest life will develop this year.

and the nest, before the third egg was laid.

Renno said that, unfortunately, they don't have a picture or the time of the first egg.
The picture of the two eggs was taken on 22nd.
Top

Does anyone know when the eggs were laid? Maybe Renno can help us?
Top

Does anyone know when the eggs were laid? Maybe Renno can help us?

thank you so much for this!!

Klaara left from the nest about 19:20. It is common they leave unhatched eggs up to two hours.
Top

cool - so that's Klaara... I couldn't see her go because the cam broke off

and next thing there are these 3 surprising eggs...

I am looking forward to this cam

I am looking forward to this cam

You can watch here
http://pontu.eenet.ee/player/kakk
Top

Jo - thanks for the link to the info. Biggie sounds sweet - I wonder where he is now...

Klaara and Klaus, how exciting

Thank you Renno. Great work again and other people of course . Thank you for your efforts so we can watch to many cams.
"Until it will show compassion for all living creatures, the man himself will not find peace" - Albert Schweitzer
Top

klaara's back!! she does the same wiggly thing over the eggs as linda and sulev

Is the male also incubating, or is it only the female?
(maybe a stupid question

, are common owls?
Thanks to all who make this possible
see you 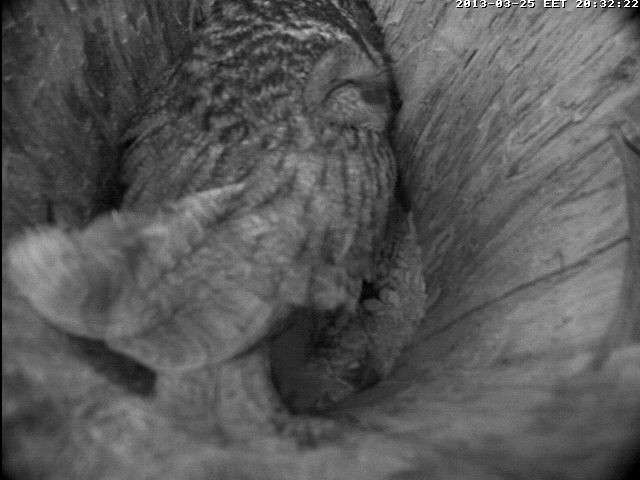 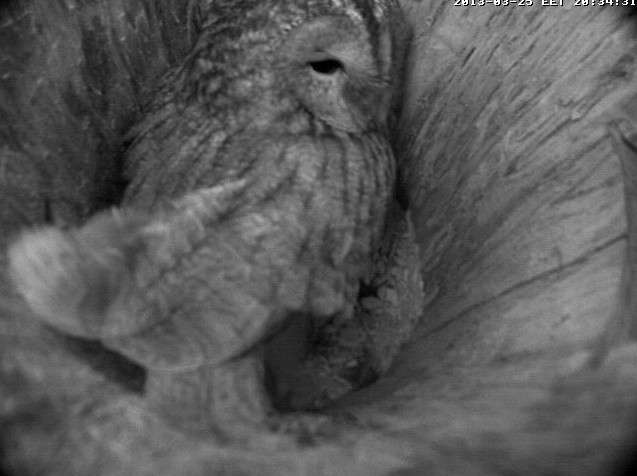 I have missed Klara and Klaus a lot! Thanks to all for the new nest for them! Happy Days are here again

klaara seemed to just give the eggs a bit of a roll maybe? and then did that shuffling over them to get comfy!

reminds me of the eagles when she does that...

Lussi05 wrote:Is the male also incubating, or is it only the female?
(maybe a stupid question

This is my question too. I'm sorry I've never watch a cam to observe Tawny Owl

THanks to all those who prepared the new nest and its now there for us all to see.

Klaara and Klaus are my favorites