i'm glad they are attentive and cautious !

A lot of fish 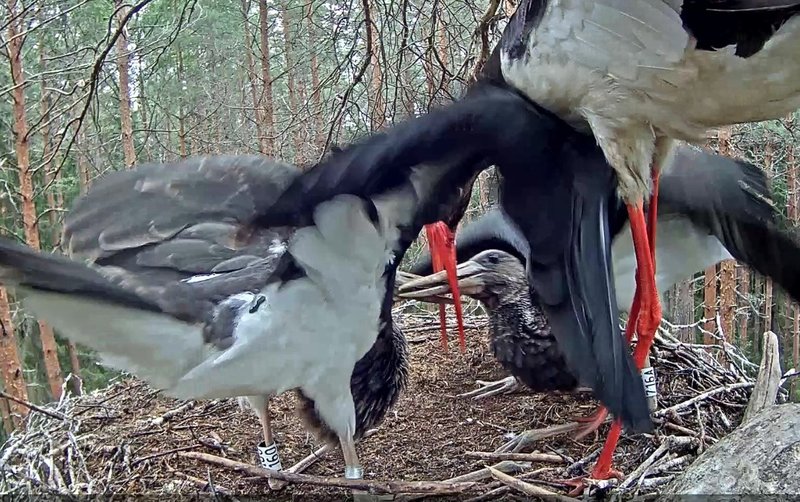 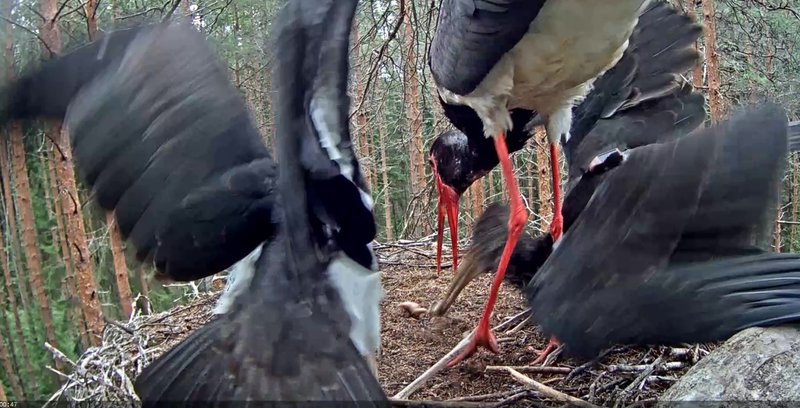 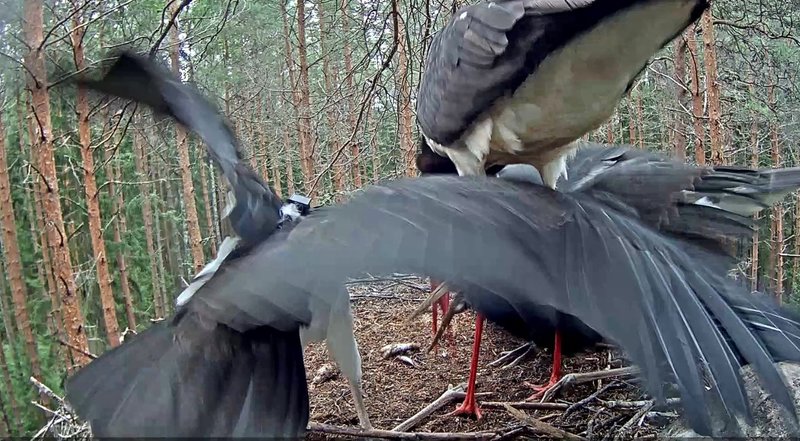 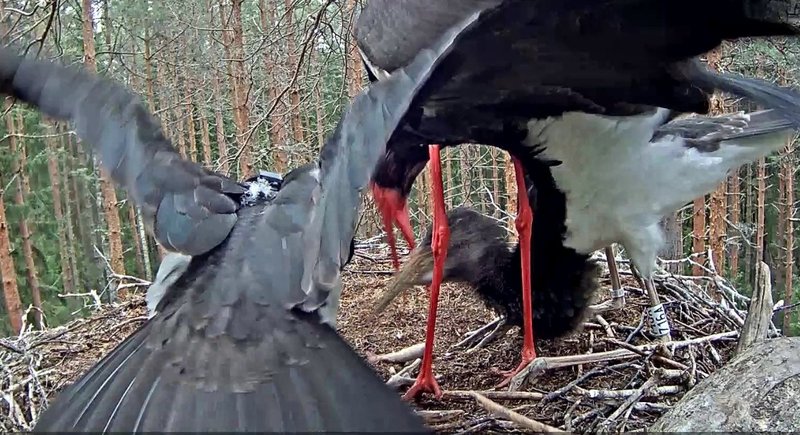 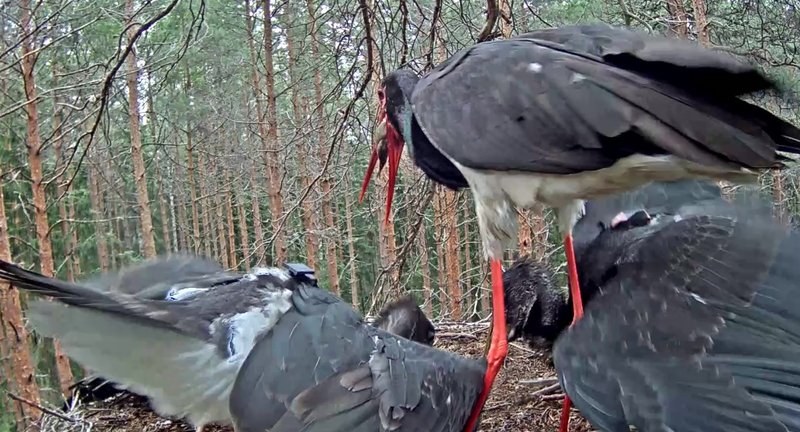 Aru had problems swallowing the last fish. A fishtail hung from its beak 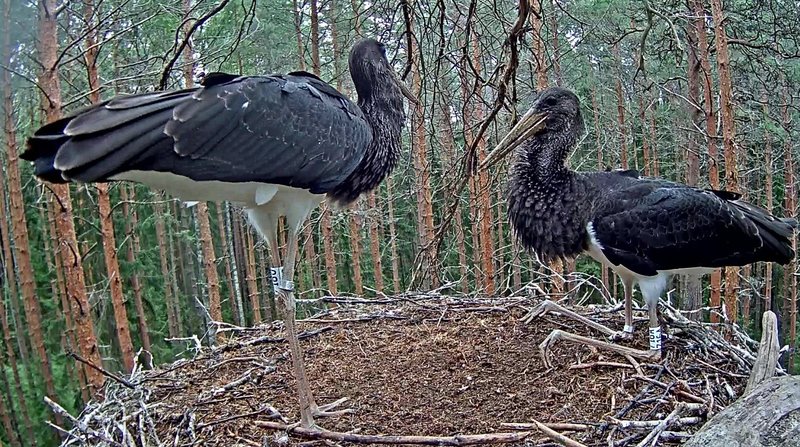 12:40 A goshawk visit the nest. He attacked the storklets. Both flew off 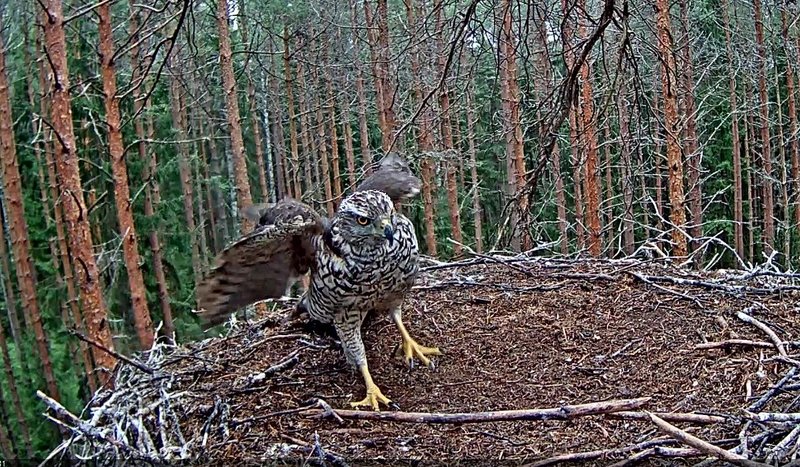 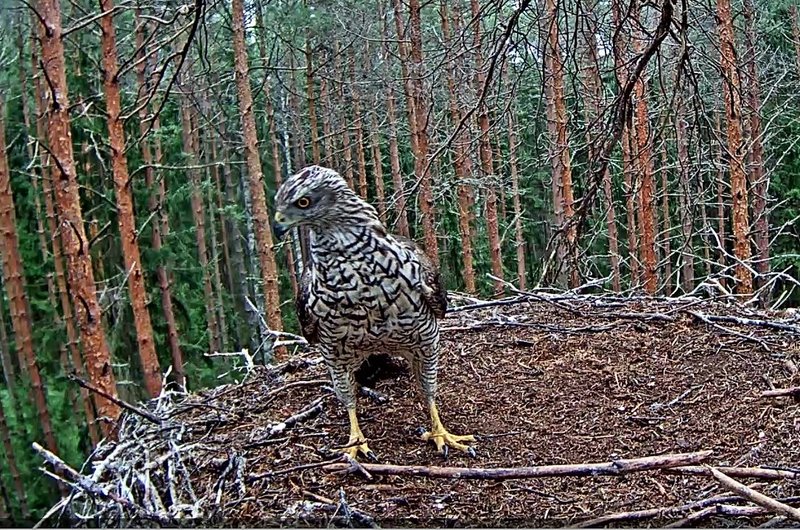 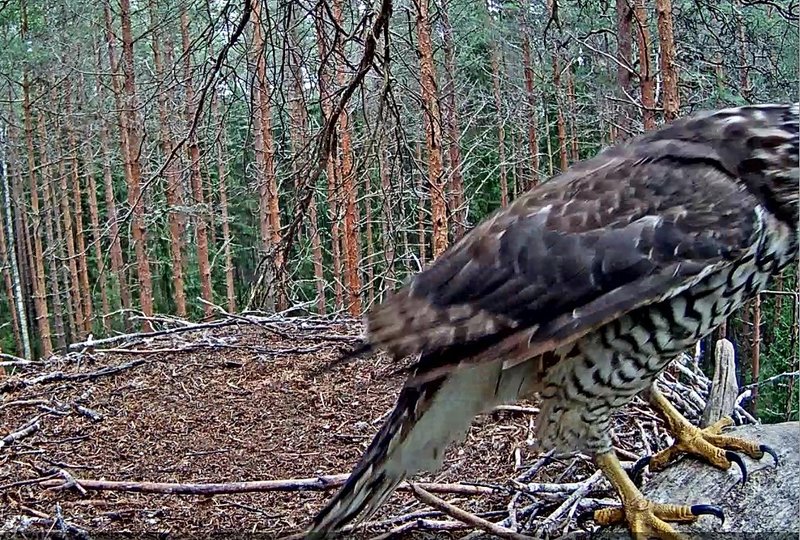 puh - a visit of the goshawk in the nest - beautiful bird.
the storklets flew away before - i didn't see it, just heard, they flew away
(haven't heard them grumbling, think they were surprised too)
Top 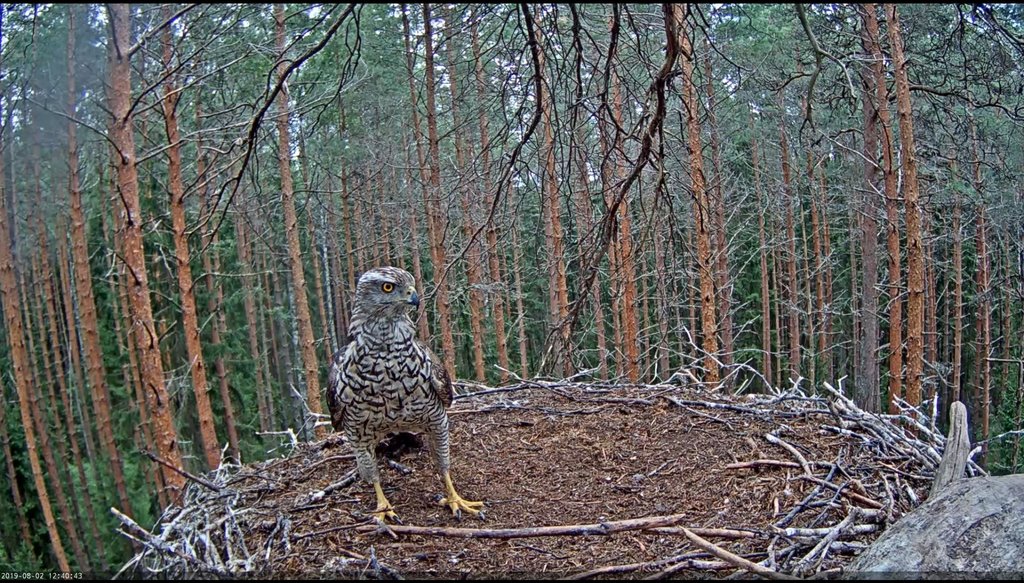 The goshawk again: both storklets flew off. The goshawk then sat for a moment in a tree in the background and then landed on the nest. He flew off to the right.
Top 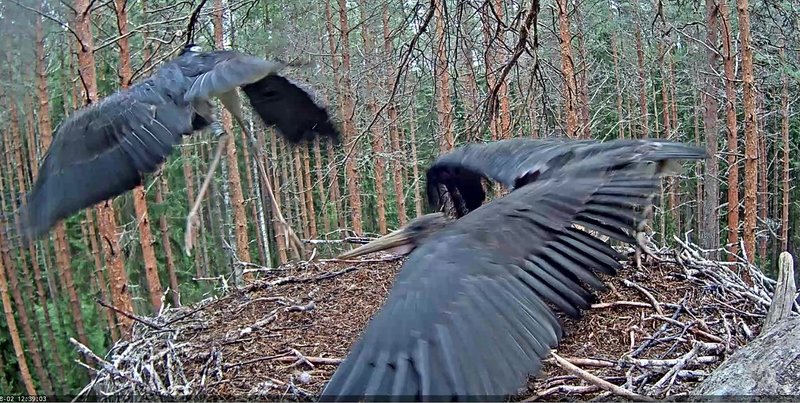 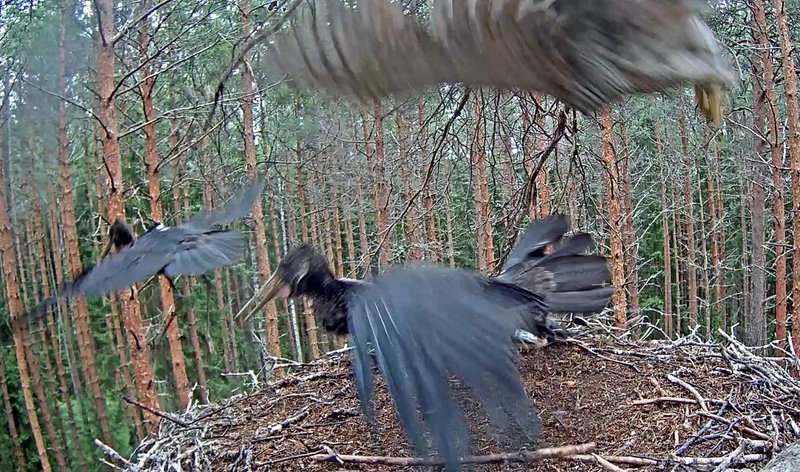 He could not fly high. I really hope he managed to fly away 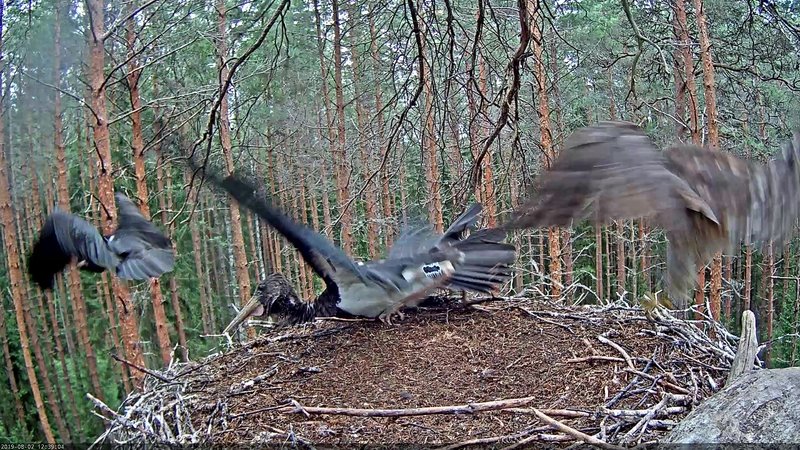 that looks bad! I hope our storklets are doing well 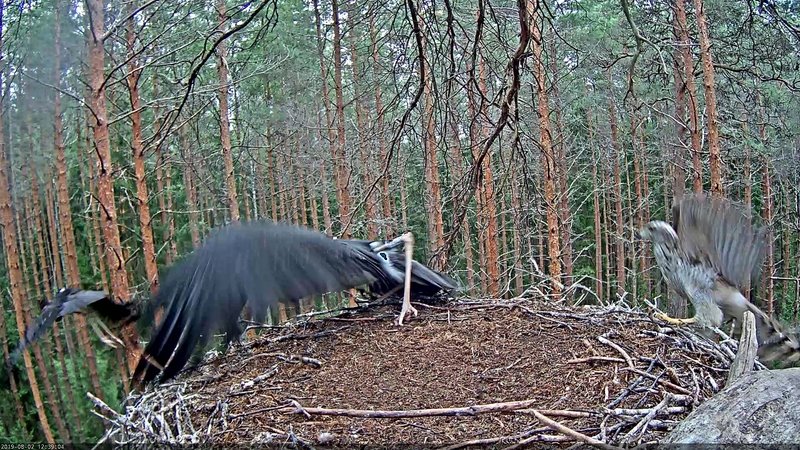 I hope Aru and Oru did not hurt each other ... it was not a good departure ... there are two birds waiting there. Hawk and on the right side, a bit more skinny (buzzard?) 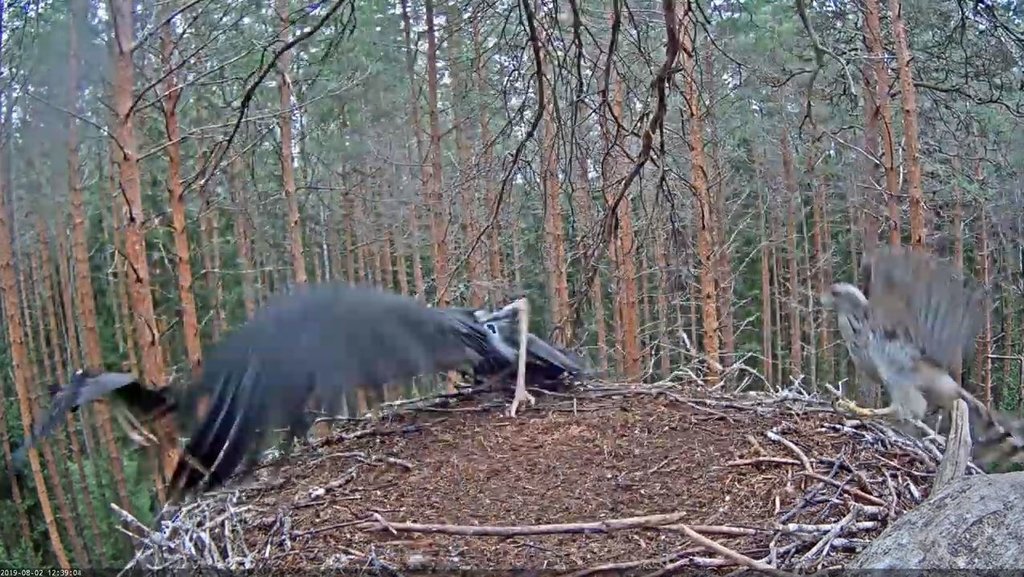 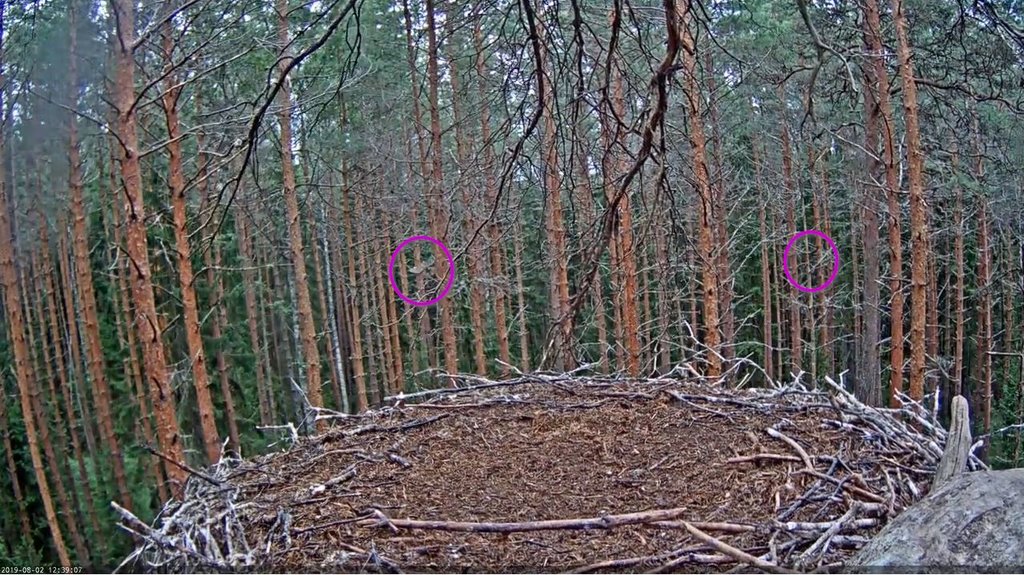 Solo, I fear it could be hurt.
He has an Transmitter. Urmas will know it very fast

Maybe both will come back soon and we can be relieved.

ALL IS GOOD! both flew into the forest

The horrors continue! I hope the hawk didn't hit the storklet!

Smile, you're being filmed by a hidden camera!
Top

I hope the Chicks aren't hurt. And managed to fly away from enemies. This is a bad thing. Returns whether the Switchgear and Aru in the nest? They're still very dependent on dad. In terms of food.

thanx very much - so good to know that

oje :(
i had hoped, there was no attack - was not very much to hear.


sova wrote:there are two birds waiting there. Hawk and on the right side, a bit more skinny (buzzard?)

thanks for the picture - i had only seen one of them.
may be two young goshawks ? (i don't think a buzzard)


Liz01 wrote:ALL IS GOOD! both flew into the forest

thank you for the information ! :)
there was no more attack afterwards ?

*only saw the goshawk in the nest - a beautiful bird anyway - but had not known that the attack was +/- successful.
Top 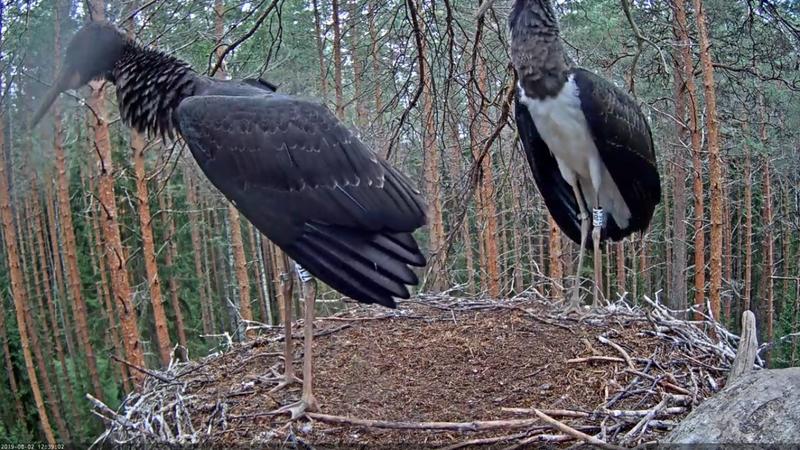 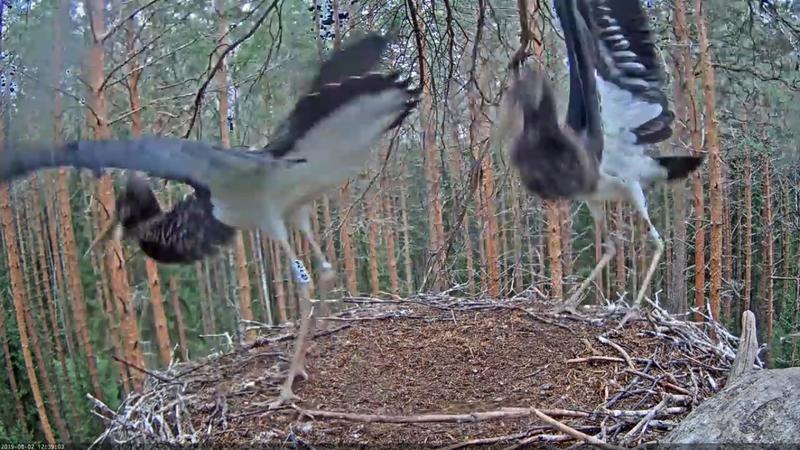 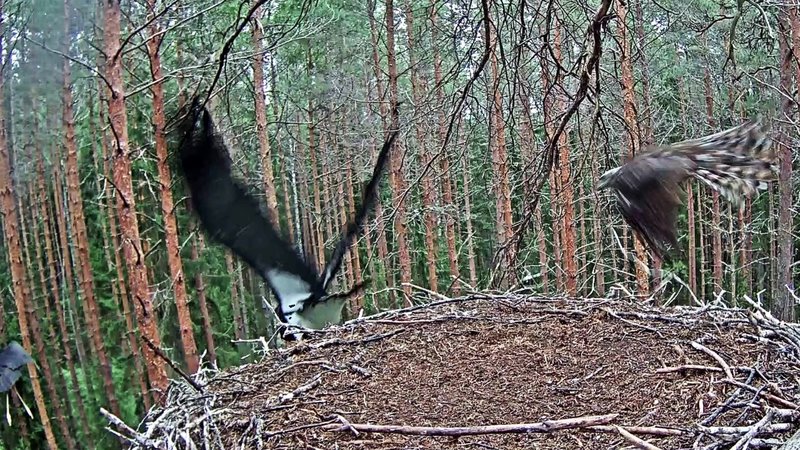 Solo wrote:all was very, very fast
growling (and immediately away)

so it was a dangerous and surprising attack :(
Aru was clever diving to escape the attack.


Liz01 wrote:Aru was able to fly. Oru flew to the left, the Aru to the right into the forest . Wings are wide

hope the goshawk won't search the forest to find them.