This nest belonged to Black Storks before two Lesser Spotted Eagles called Tuuli and Remo took it over in 2010. It is located in Jõgeva county in eastern Estonia, about 20 km from the other camera LSE nest by Eha and Koit.

In 2010 two LSE - Tuuli and Remo (?) - worked on the nest and defended it against a Black Stork, but did not breed.
In 2011 Tuuli and Remo came back. Tuuli had the first egg on April 27 and the second on May 1. The only chick hatched on June 10. The second egg was either not fertilised or the chick died inside before hatching. "Tormi", as the young eagle was called, was ringed on July 25 and left the nest on August 9, 2011 to discover the world.
In 2012 Tuuli had to wait for her Remo and started a liaison with "Mr Blonde". Remo came just in time and stayed and Tuuli had one single egg on April 29. The chick which was called "Stephi" hatched in the night of June 8/9. Stephi had the forum worry about her health with breathing problems. On July 9th she got her rings. The bad times started on July 26, when for the first time a goshawk attacked Stephi on the nest. In a brave fight she managed to fend off the intruder but on August 6 the goshawk managed to pull her out of the nest and kill her.

Pontu camera makes a still photo every full minute. To view it, change date and hours + minutes to the frame you want to see 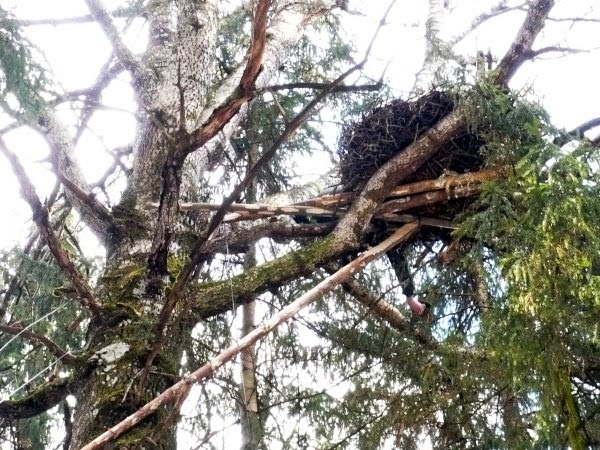 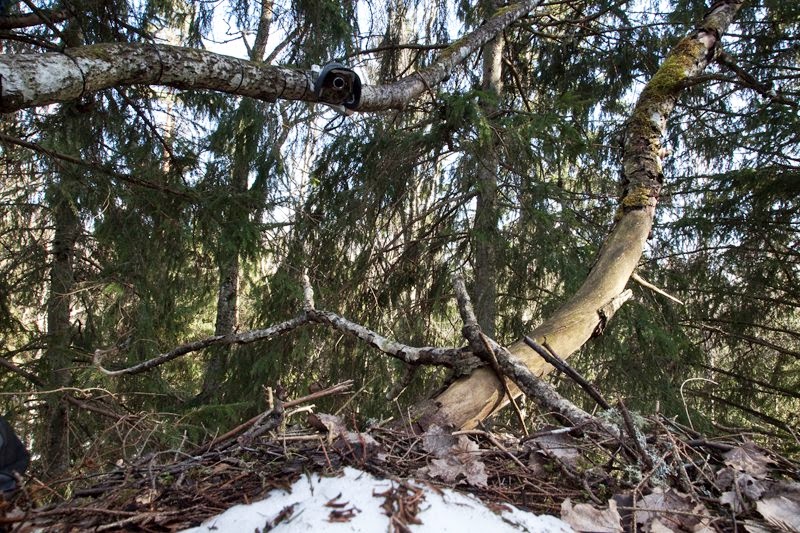 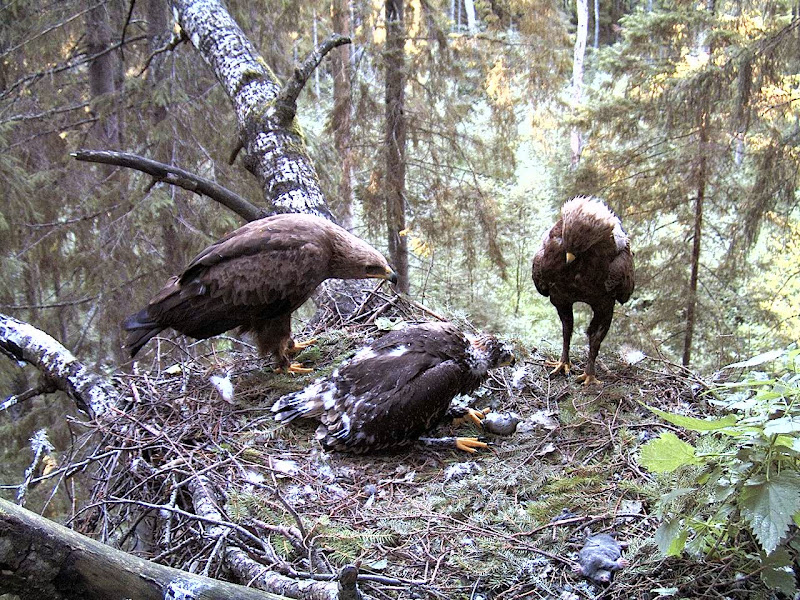 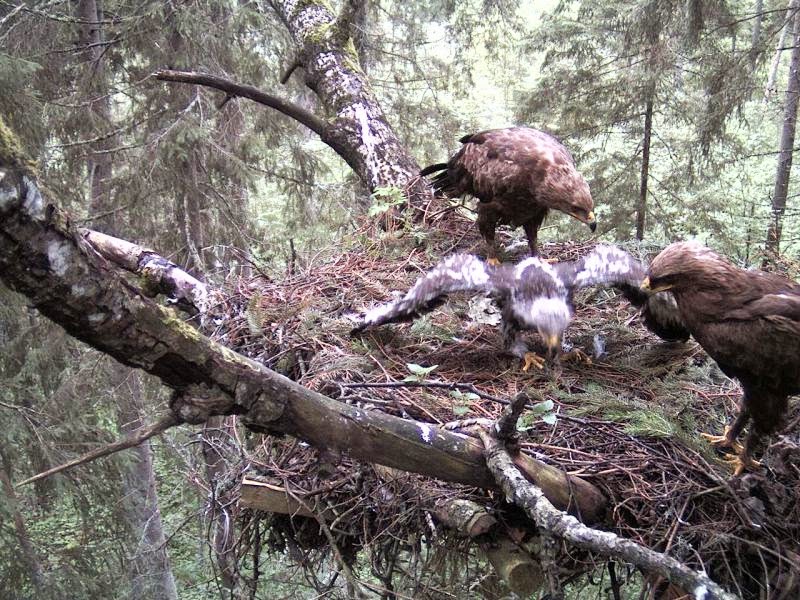 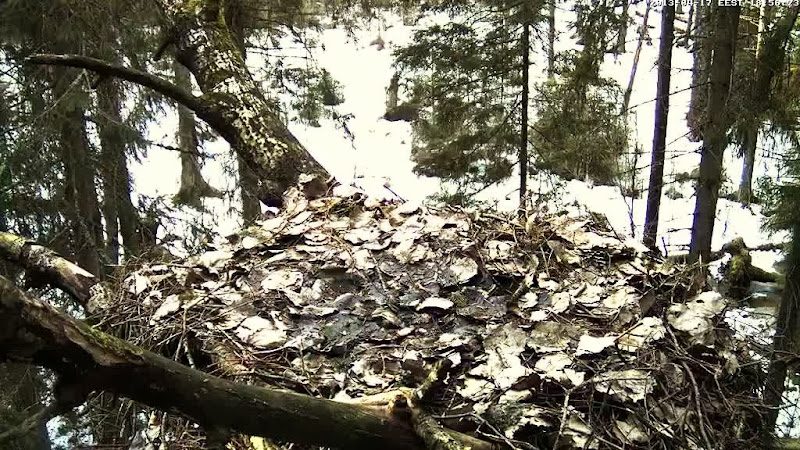 Thank you for the topic, Felis! Great introduction!

Thank you very much for installing this camera!!!

What a happy day

. Now we waiting patiently and hope Tuuli and Remo will arrive safe and healthy from their journey.
Thanks a lot for the introduction of the "nest-history".
Top

Now we wait for the "movies!"

Pictures from Pontu
View from the nest 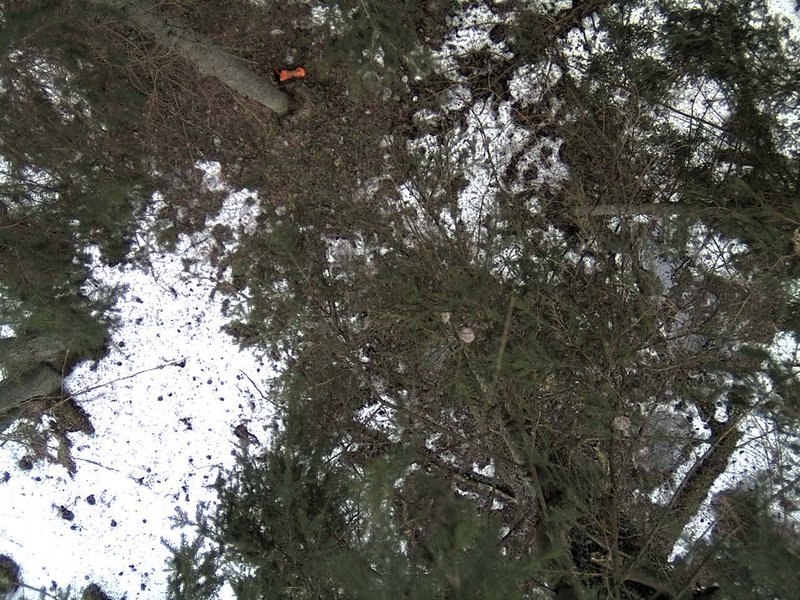 Thanks to the person who installed the cam 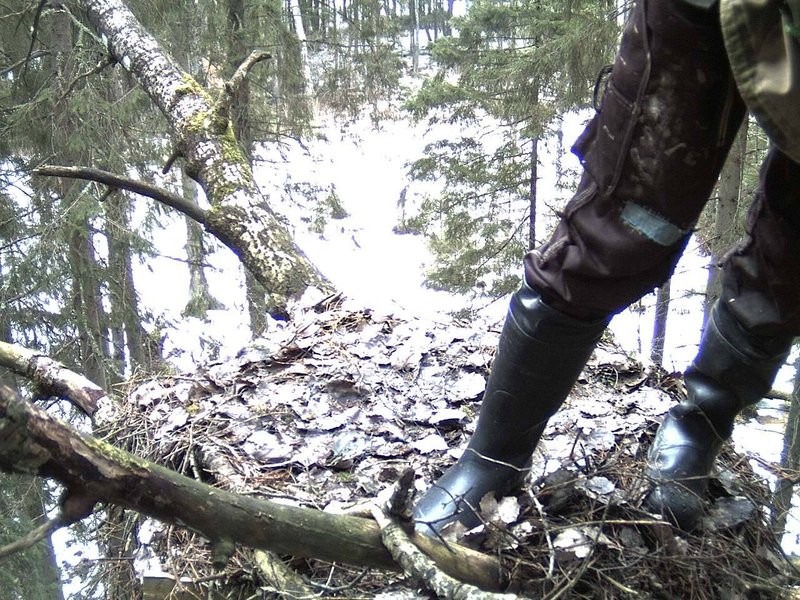 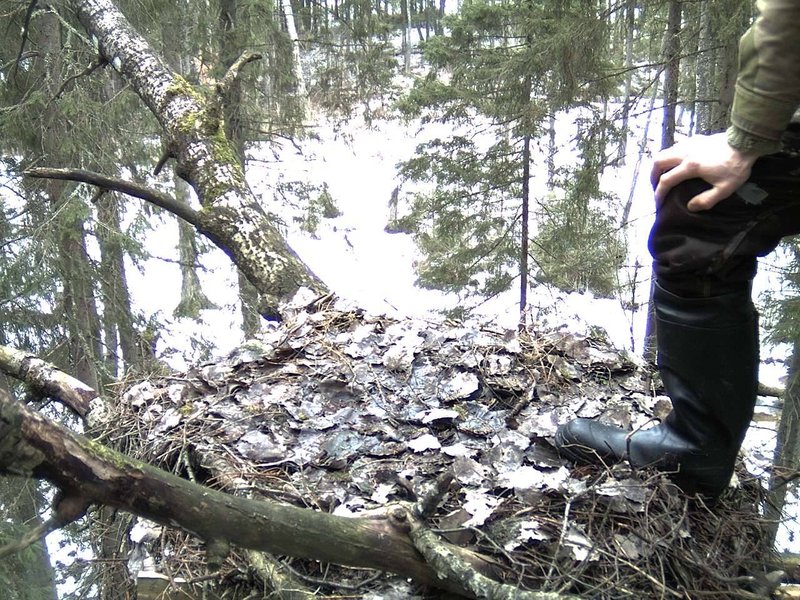 There is Joosep on the nest and installing the camera...
We can probably see also some Black Stork in the nest, at least every year couple of them visited the nest.
But Lesser Spotted Eagles if arrive, will keep other visitors away..
Top

Urmas wrote:There is Joosep on the nest and installing the camera...
We can probably see also some Black Stork in the nest, at least every year couple of them visited the nest.
But Lesser Spotted Eagles if arrive, will keep other visitors away..

It would be very nice to see here Padis or Toomas(Intruder)the First but not Christabella.
Top

Urmas and Joosep, and all others involved, THANK YOU for this cam too!!
It will be very exciting to see if Tuuli and Remo are coming back. I really hope so, BUT, I am a bit worried because of what happened here last year..My comfort is that everything went well with Tormi.
(Maybe it was lack of food that made the Ghshawks attack LSEaglets, or is it common, if they are close to their nests? I don't mean to scare anyone, I just want to learn. I cross my fingers for Tuuli and Remo! )

edit: must have been at Eha and Koit cam ...
Nature does nothing in vain (Aristoteles)
Top

Nest Tuuli and Remo on line. Thank you all who made this possible. Hopefully they come soon like Eha and Koit.

Bubo wrote:I hope that Tuuli and Remo won't build another nest as Koit and Eha did last year

They have a serious reason to do that so if they will it will be understandable.

Only a great tit visited this nest so far, didn't it?
Top

Thank you all for this cam, this is one of my favourites

Last season I had no chance to watch because of all the problems with my PC.

But I need an iPad link

Thank you all for this cam, this is one of my favourites

Last season I had no chance to watch because of all the problems with my PC.

But I need an iPad link

Pitti, I don´t know where these links have disappeared - there were some on the frontpage, wasn´t it?
Somebody else asked already for it today .... I´ll try to get some facts about it ....
Nature does nothing in vain (Aristoteles)
Top

Link for iPads and Android and so on ...

The cams for the LSEs and the Ospreys are not yet announced on the LK-mainpage. As soon as they are, there will be the links for it. I guess it will not last long ....
Nature does nothing in vain (Aristoteles)
Top
Locked
412 posts