This is the nest of Lesser Spotted Eagles called Eha and Koit in Jõgeva county in eastern Estonia. It is situated about 20 km (~ 13 miles) from the other LSE nest by Tuuli and Remo. Originally it was some 70 m away from this site. In 2011 Eha and Koit built this nest and used it also in 2012.


In 2008, the pair on this nest, now called Eha and Koit, did not produce eggs or young.
In 2009, Eha laid eggs on April 21 and April 25 and two chicks hatched. However, this species practices cainism, that is, if the older chick is doing well, the younger chick is not fed and does not survive. The older chick, called Spot, was banded and fledged from the nest. Spot was later found injured not far from the nest and was taken to a rehabilitation facility, where he was treated and ultimately released.
2010: "Our lesser spotted eagles didn't have success with their breeding this year"
2011: Eha and Koit started working on the nest but then moved to the new nest site and raised one chick successfully. Due to the change no camera witnessed it.
2012: The camera was moved to the new site. A "new Eha" and Koit had one egg on May 5 and the eaglet - "Kalev" hatched on June 13. On July 20 he got ringed and left the nest in August.
2013: Eha and Koit were already working on the nest when the camera started. Two eggs were laid, on May 3 and 7, two chicks hatched on June 11 and 15. Due to the species related behaviour called "cainism" (more information: viewtopic.php?f=53&t=590) only the older chick survived. It got the name Kai, was ringed (KY for Kai/Estonia and Matsalu 12614) on July 21.
Kai fledged on August 8

Please remember:
The birds and animals in front of the webcams are animals in the wild, in their natural struggle for survival. You have to be prepared for fight scenes with respective consequences! The operators of the cameras will very rarely interfere in nature's mundane hazards. Should 2 chicks, the younger chick will not be taken out of the nest and set back later!
“One can measure the greatness and the moral progress of a nation by looking at how it treats its animals” (Mahatma Gandhi)
"You can judge a man's true character by the way he treats his fellow animals" (Paul McCartney)

Facts about the 2014 season

April 16: the first LSE was seen shortly on the nest and LSE calls heard from time to time throughout the day

First Pontu picture of this year: 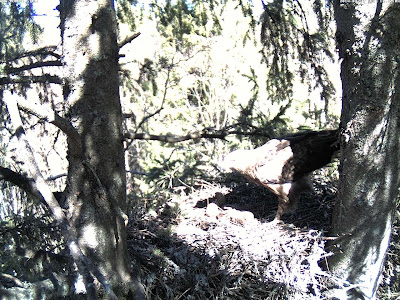 April 23: LSE last seen on the nest in the morning, after that only voices
“One can measure the greatness and the moral progress of a nation by looking at how it treats its animals” (Mahatma Gandhi)
"You can judge a man's true character by the way he treats his fellow animals" (Paul McCartney)

The cam is open!

But is still a bit shaky

Oh, wonderful, that we can watch again this cam!

I hope, Eha and Koit will come back from their long journey healthy and well.

Thank you, Felis, for the nice cam-introduction!
Top 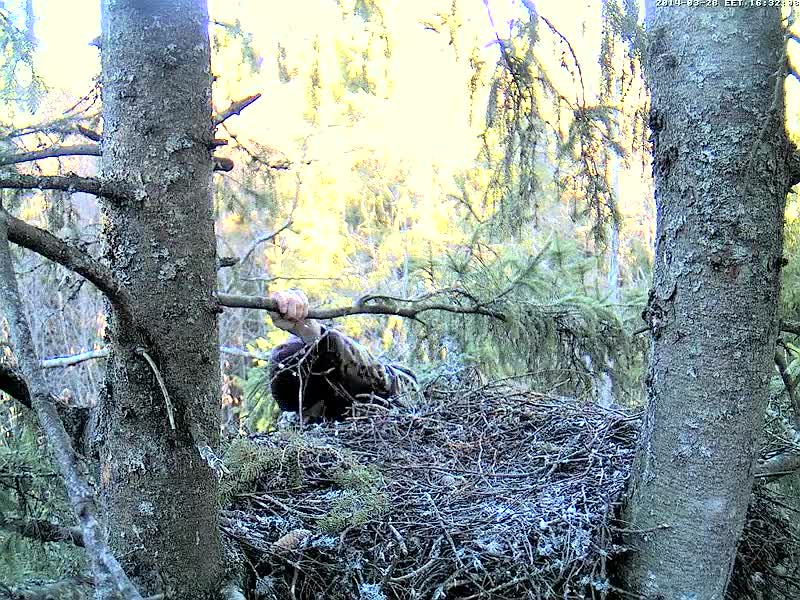 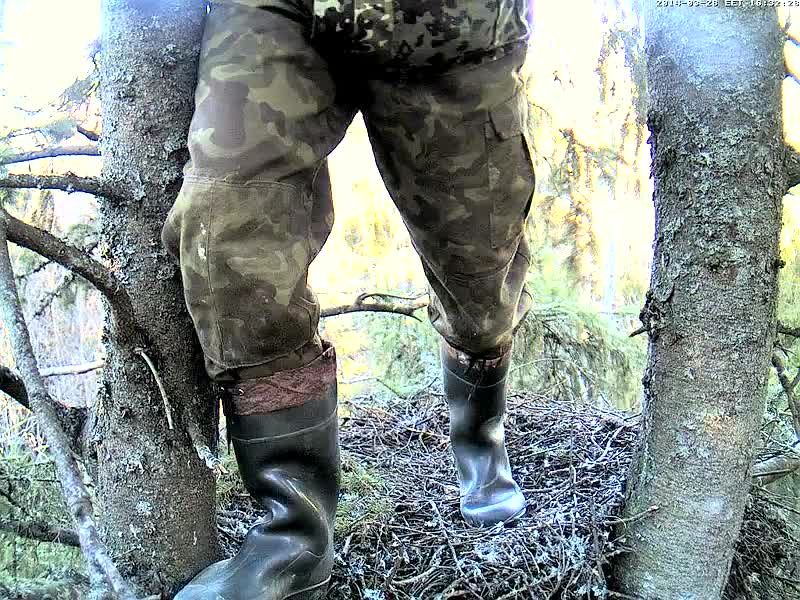 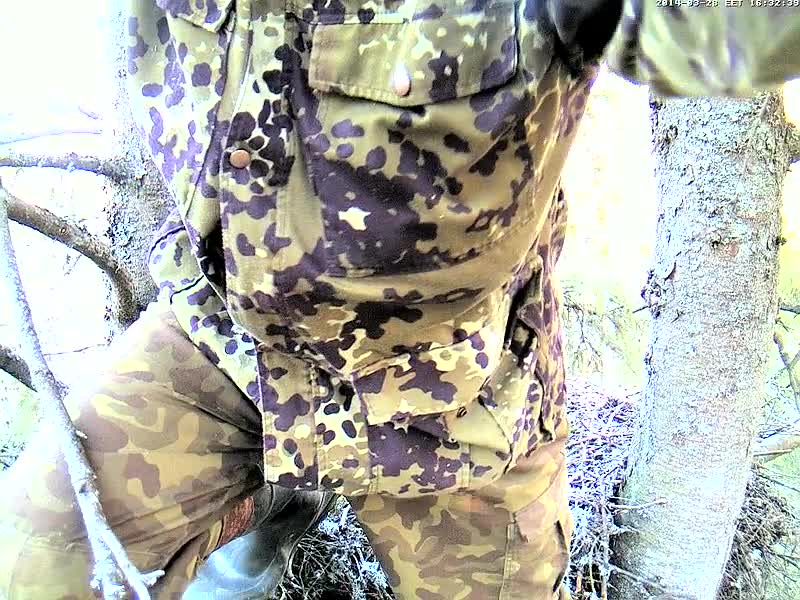 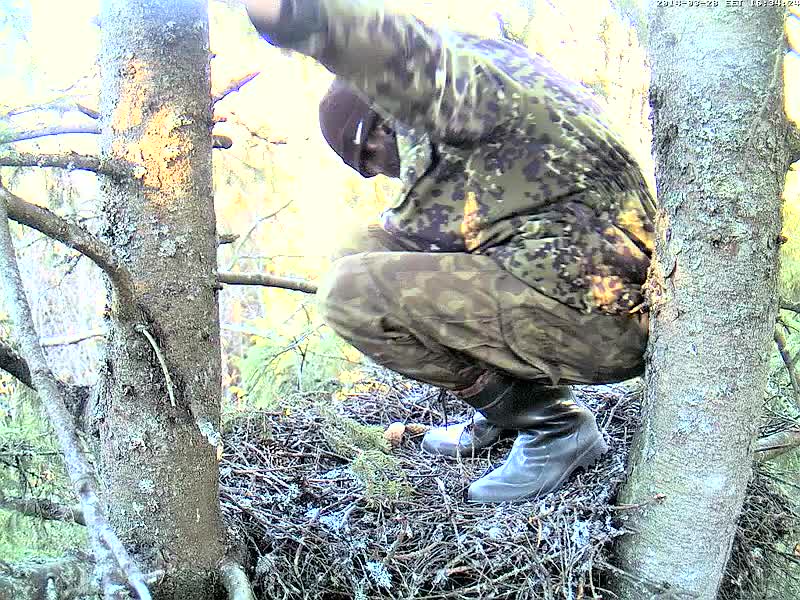 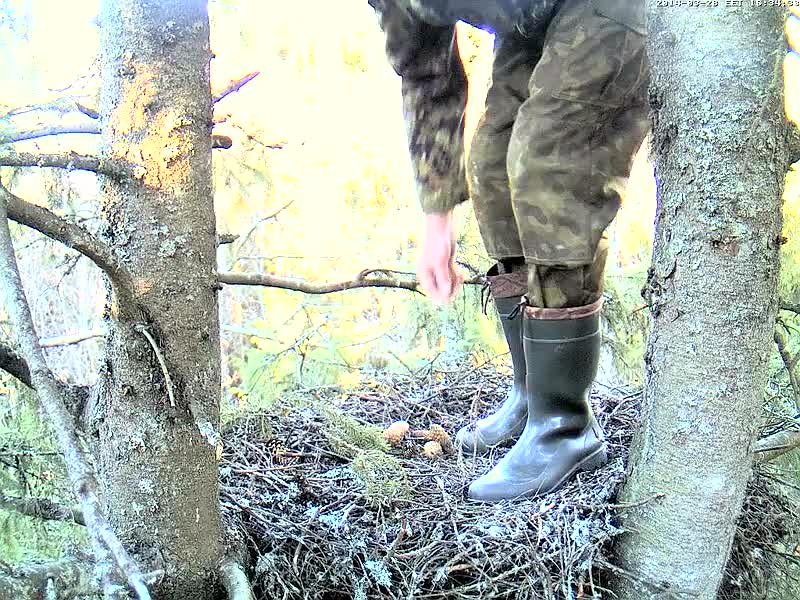 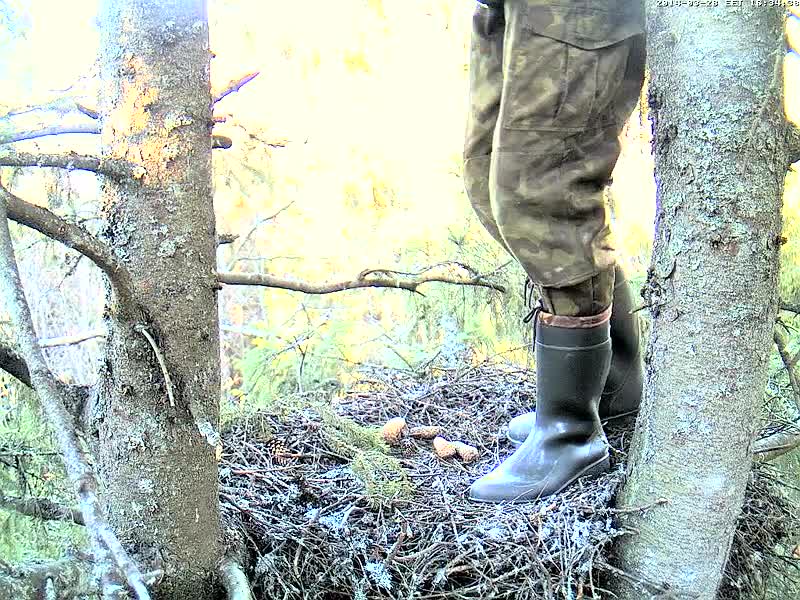 I saw Urmas, too

Before that, I meant to hear footsteps, but wasn't sure, if I was right. And got a little shock, as suddenly a face looked over the rim of the nest. 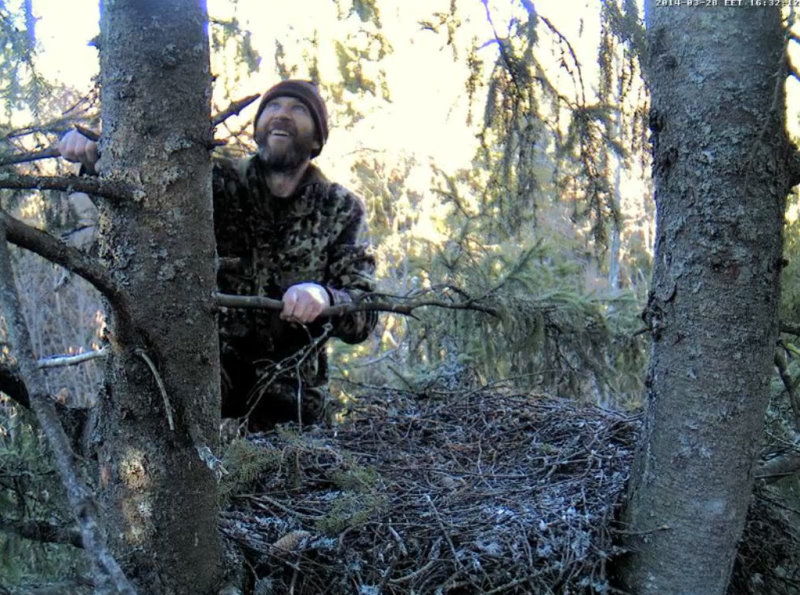 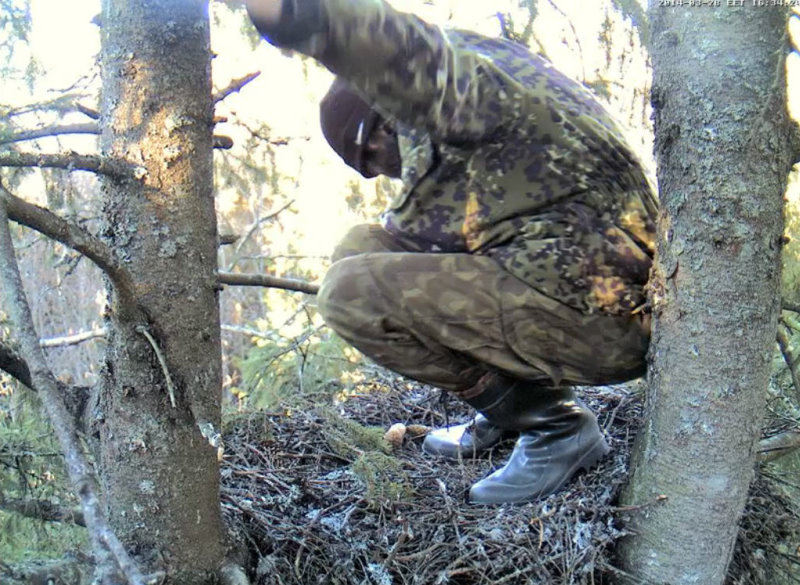 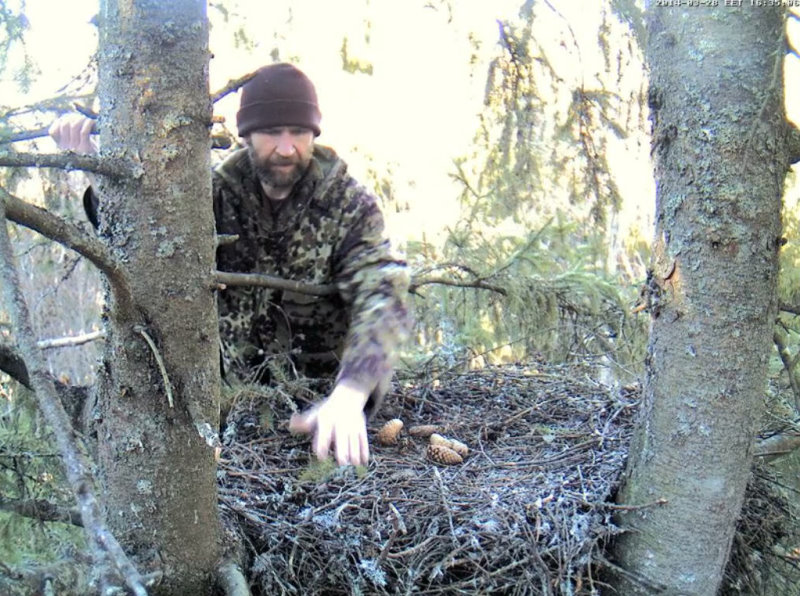 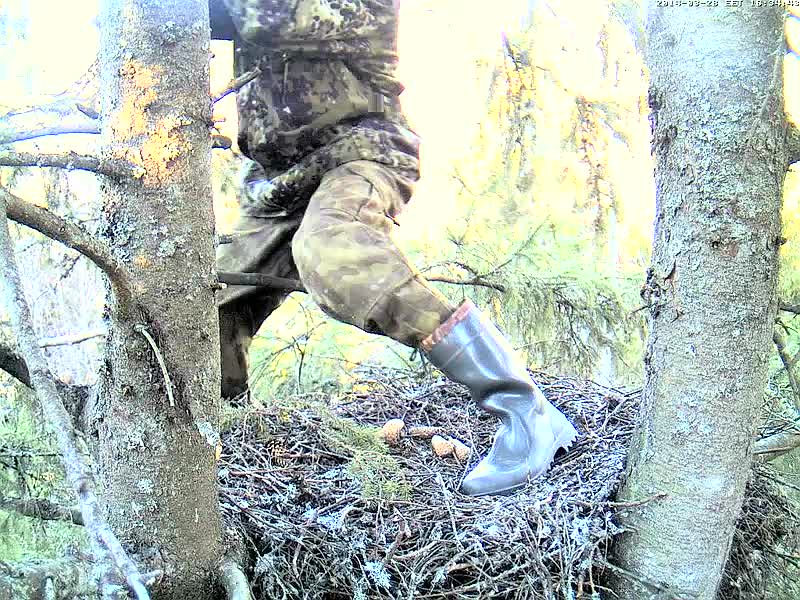 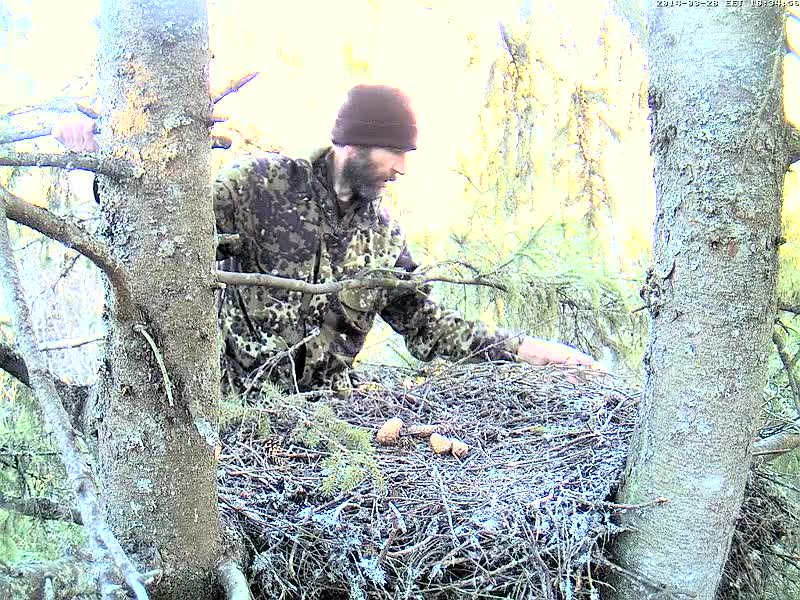 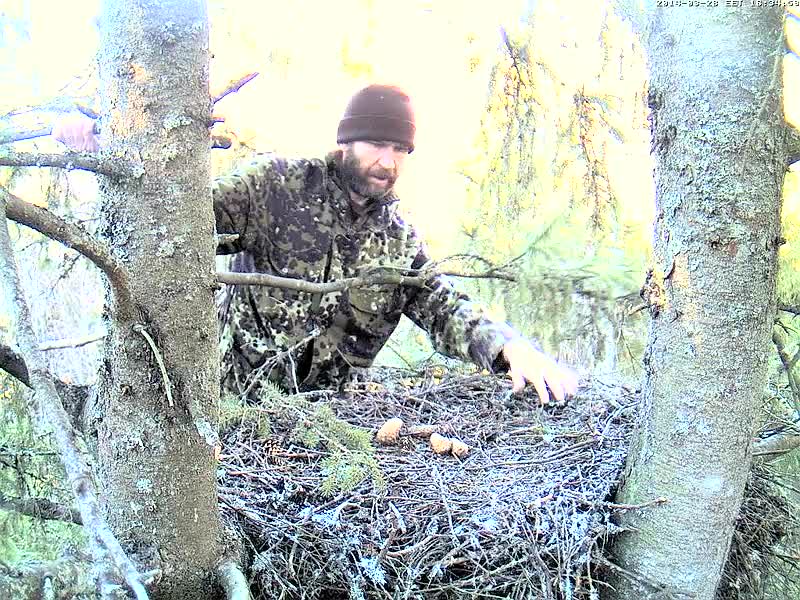 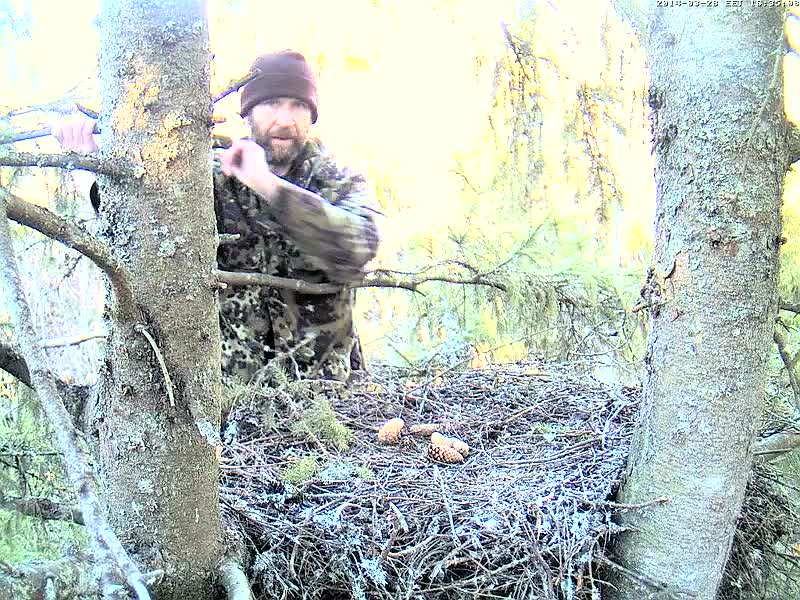 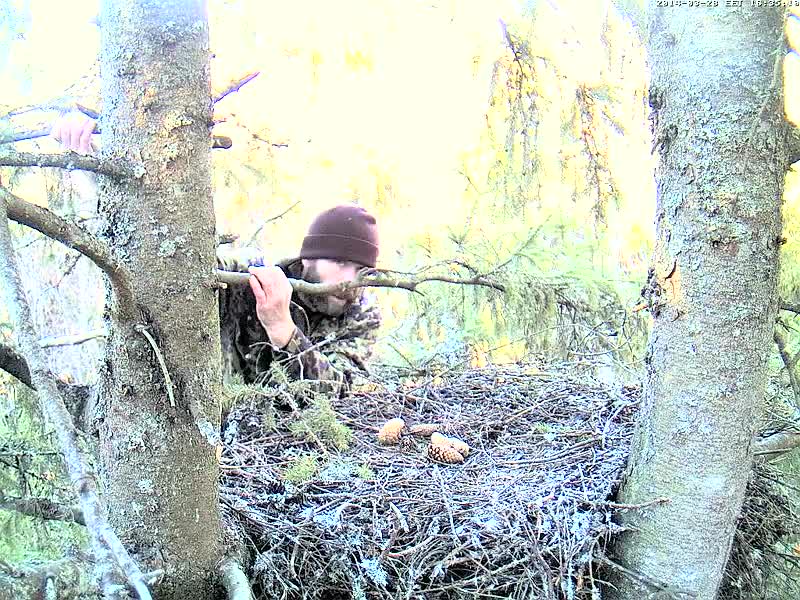 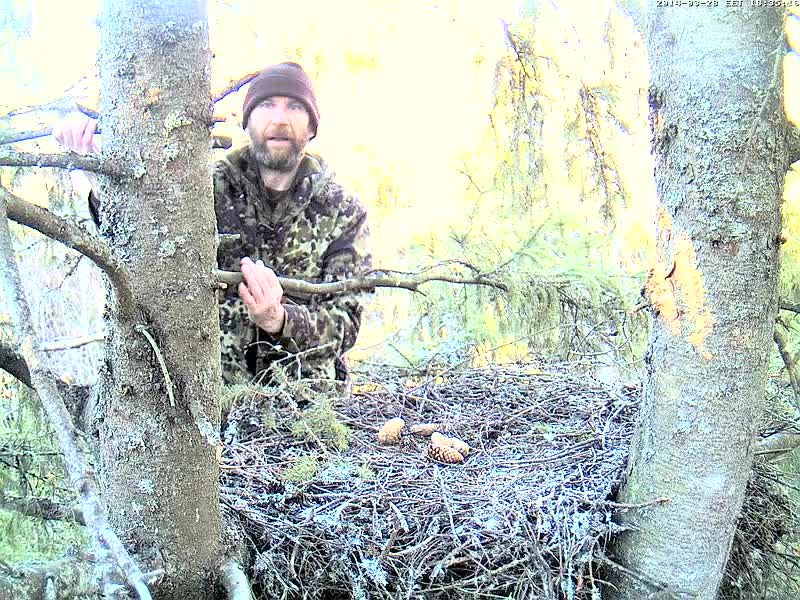 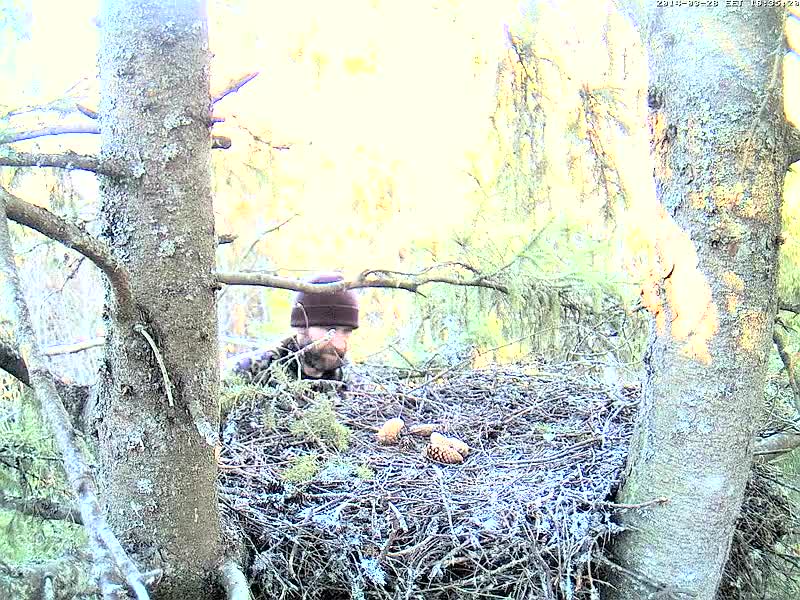 Never in life someone could get me to climbing up a tree in this stormy wind!

Video - - - bad quality, transmission was not good .... but better than NO video

As long as no real eagles appear, we take anything or anybody

Felis silvestris wrote:
As long as no real eagles appear, we take anything or anybody

And this eagle (men) is remarkable courageously!

Thanks Bea and Michi for all the great pics of Urmas' visit in the nest.

Thank you Bea for the video. Its grea to see that special eagleman again.
I think he has beautiful hands.

Eha and Koit's cam is open too, now it's really spring

Thank you, Urmas and Kotkaklubi, and thank you Bea and Michi, for the pictures:))
Top

Good morning to all

Thanks to all who make possible this new transmission, we will look 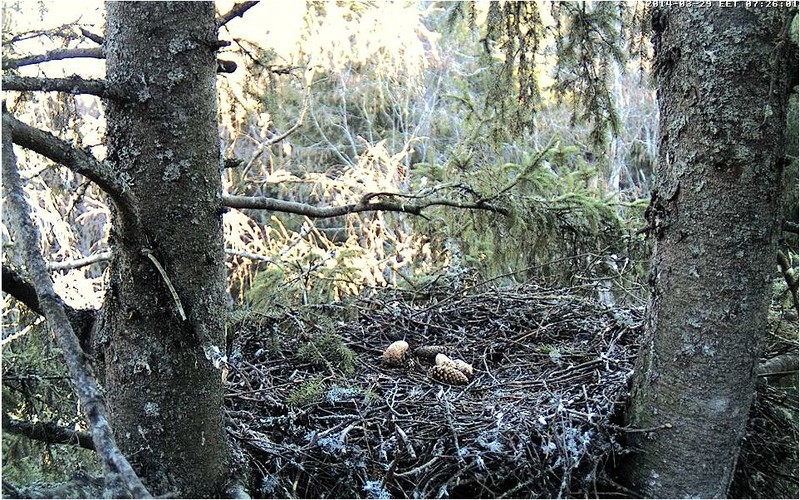 I just discovered the cam is online again. Wow, it's great

Oh, I thought nobody is watching yet. Just after half of hour we launched cam, I went to fix camera and you caught me.
Actually we were together with Joosep installing the camera. It is not the same device as used last years and seems, that this specimen is more noisy, unfortunately.
There is maybe needed to wait for eagles for about ten days, but some Buzzard could visit nest as well before.
Some old trees dead in this forest, so could fall down once - hopefully not damage our system in the woods.
Top

Thanks for your report, Urmas.

Let's hope, it will be a successful

Urmas wrote:Oh, I thought nobody is watching yet. Just after half of hour we launched cam, I went to fix camera and you caught me.

Thanks for your work, we were watching in fascination!

And hope now for the eagles to arrive soon! I'm hearing buzzard calls on and off from the camera the whole morning. I hope they don't get the idea to settle down here (Deutsche Wildtierstiftung just voiced this concern in a short article on their website - http://www.deutschewildtierstiftung.de/ ... hreiadler/)
“One can measure the greatness and the moral progress of a nation by looking at how it treats its animals” (Mahatma Gandhi)
"You can judge a man's true character by the way he treats his fellow animals" (Paul McCartney)

Hope the Jay will be smart this year.
Top
Locked
160 posts