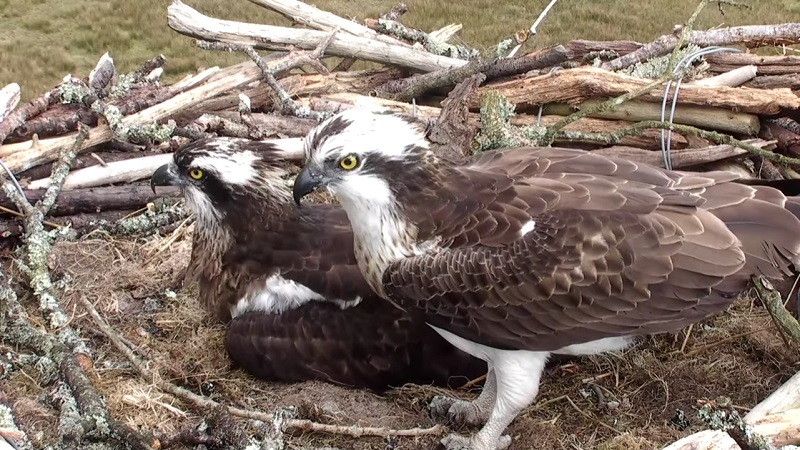 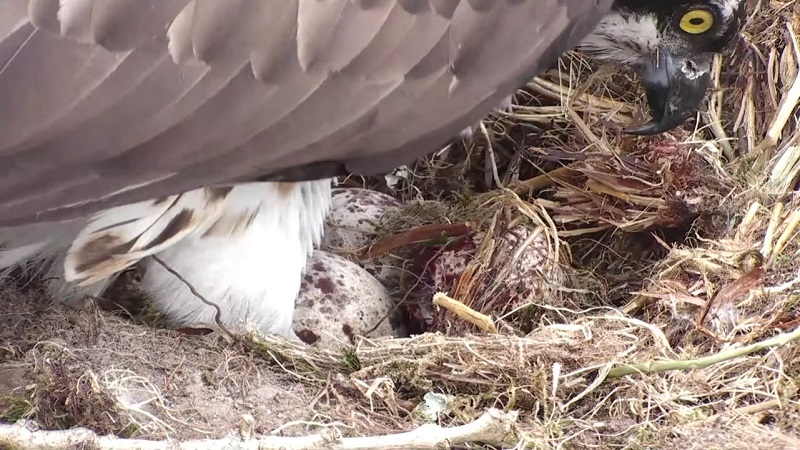 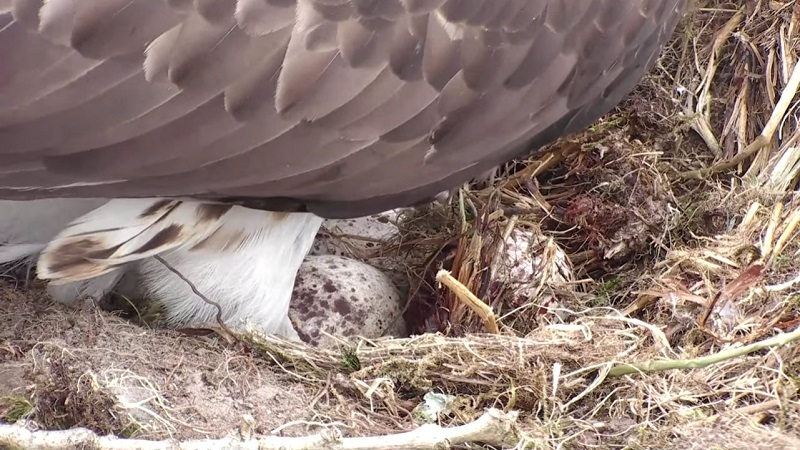 There was a shift change, Aran goes on the eggs, Mrs.G left. 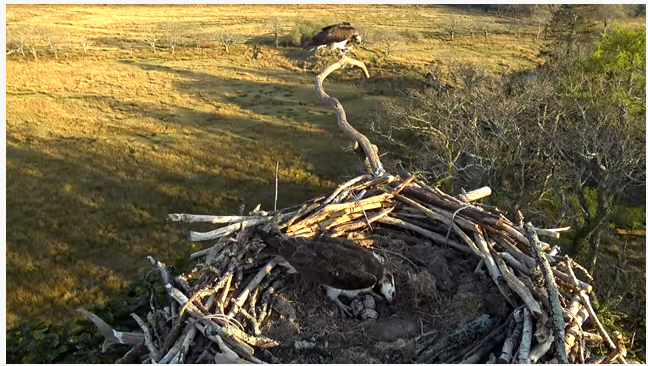 https://www.facebook.com/BywydGwylltGla ... 6845013224
We've just received the following message about the Pont Croesor nest from Friends of the Ospreys. This is great news for ospreys in Wales.
-
Repost:
Some very EXCITING news from the Pont Croesor (PC) nest.
Over this last week or so there has been a pair of Ospreys at the nest, they have been nest building cup scraping and making themselves at home also copulating, so it is looking really promising for this new pair.
The male Osprey is Blue Z2 who hatched at a Welsh nest in 2017,
In 2020 he was on another nest on the river Mawddach but it was not successful and was a little late in the season that year,
The female Blue 014 who hatched at a nest in Scotland in 2018 and was translocated to the Poole Harbour Osprey Project in Dorset by the Roy Dennis Wildlife Foundation. Blue 014 was seen in Wales in 2020 and as a translocation Osprey it is wonderful news she has chosen the Glaslyn valley as her home just like another translocation Osprey Ochre 11(98) who did all them years ago.
All you Osprey followers know how sensitive this nest is with Blue 5F having many failed attempts on this nest due to the polygamy scenario with the male from the main nest, Blue 5F has now settled down on another nest. The delay in posting this information is to give them both the best chance possible for a successful season, the Visitor’s Center at Glaslyn has been closed due to the pandemic and will reopen on Monday 26th April and will be posting about this nest.
I have informed Paul Morton from Poole Osprey Translocation Project and Tim Mackrill from the Roy Dennis Wildlife Foundation and both are excited about the news.
Darren,
Friends of the Ospreys.
Below is a photo of 014 at the time of ringing
Thank you Paul for the photo, also Z2 nest building at Pont Croesor.
Top

Brenig Osprey Project partners woke up this morning to the worst possible news. Last night, at 21.42, someone took a chainsaw to the osprey nest and felled it. This is a fast-moving situation and we’ll issue more news of the birds when we can – please, please be kind to Dwr Cymru/NWWT staff this weekend as we work out how to respond to this horrific act of vandalism.

For a start – if you have any information that can help us identifying the individuals responsible, please let us know or contact the police with crime reference 2059734.

https://www.facebook.com/BywydGwylltGla ... 4914211417
We are now half way through the incubation period and Mrs G has been sitting tight all day, sheltering the eggs from the torrential rain and strong winds. At least there hasn't been more hail like yesterday!

https://www.facebook.com/BywydGwylltGla ... 8997805342
EXCITING NEWS ABOUT KS1!
The middle chick of the 2018 brood, KS1, has returned to the UK for the second time and has been seen intruding at Border Ospreys and Kielder Forest.
Read all about it in our latest blog. https://www.glaslynwildlife.co.uk/2021/ ... to-the-uk/

https://www.facebook.com/BywydGwylltGla ... 9560553619
We are delighted to share with BGGW followers some exciting news from the Pont Croesor (Friends of the Ospreys) nest, which is located near our Visitor Centre.
Read more here:
https://www.glaslynwildlife.co.uk/2021/ ... reys-nest/
014 lays her first egg.

Fierce gusts today and a well known intruder appeared in the nest: female KS8 - hatched at Clywedog in 2018 -tried to push MrsG off the eggs. Aran went for a fish & returned, MrsG overtook and flew off...

...all things had calmed down, breeding pair reunited.

https://www.facebook.com/BywydGwylltGla ... 0213013887
Welcome Chick 1!
The first 2021 chick has hatched on the Glaslyn nest at 00:08 this morning. Congratulations to those who stayed up to watch the exciting moment live! We will share a video for everyone later today. 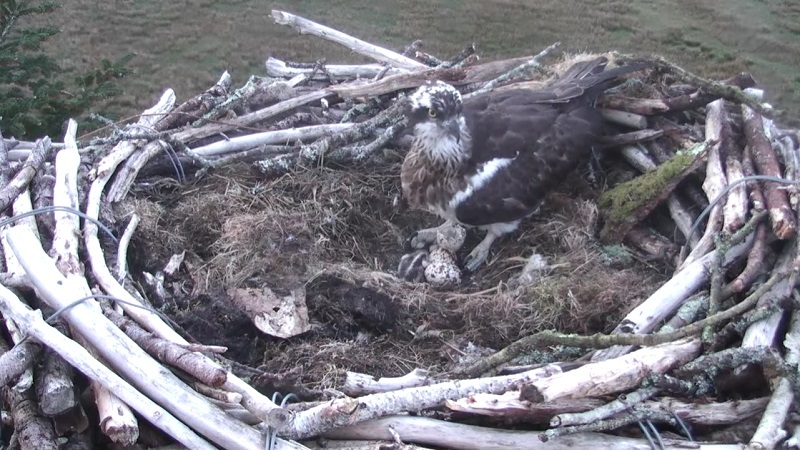 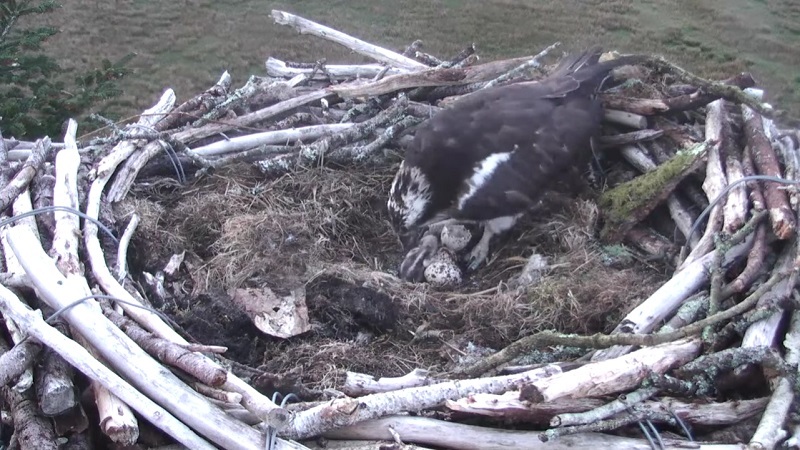 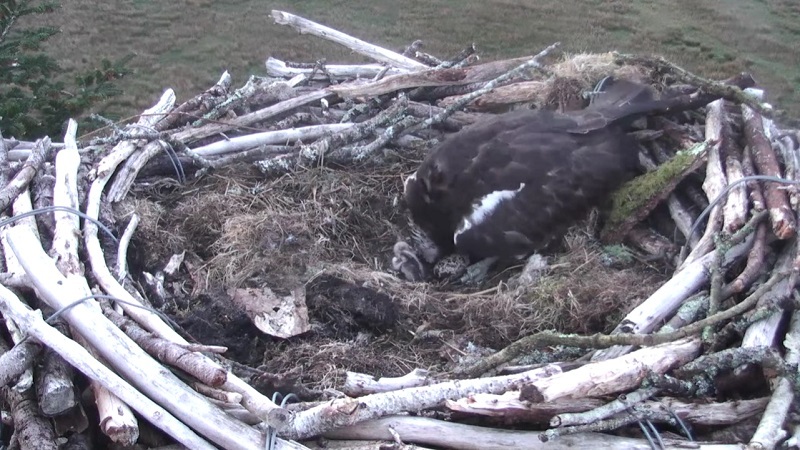 https://www.facebook.com/BywydGwylltGla ... 557407756/
Here is a video of the first chick hatching!
The hole in the second egg is also getting bigger. It might be another late one tonight...
https://www.youtube.com/watch?v=gHdPAUbc3og 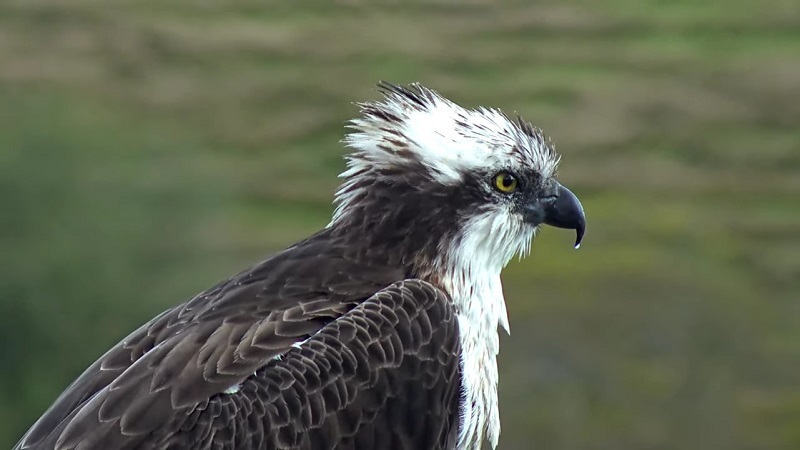 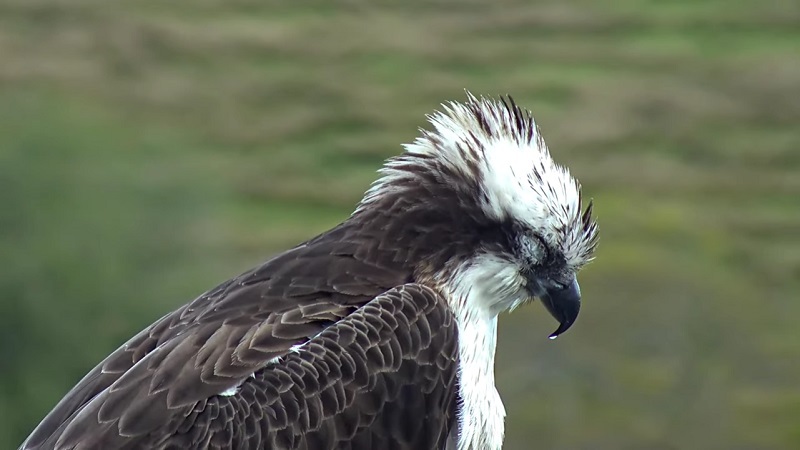 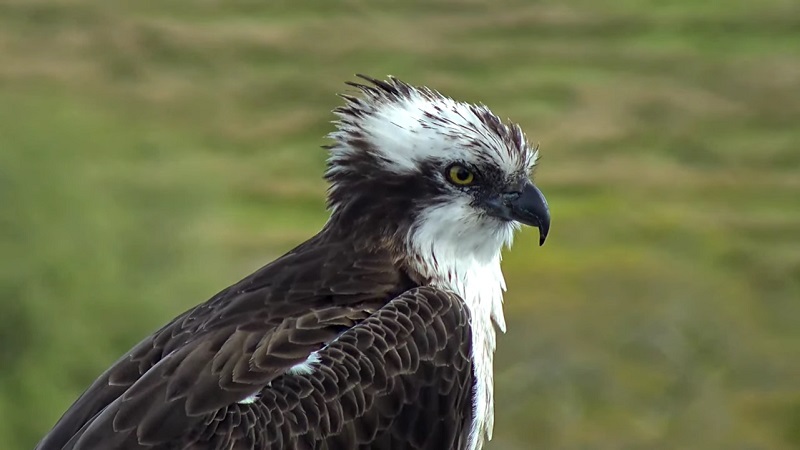 https://www.facebook.com/BywydGwylltGla ... 0989573476
Good morning everyone, more exciting news to wake up to! The second chick on the Glaslyn nest hatched at 02:16 this morning. Welcome to the world Cyw Bach 2!

https://www.facebook.com/BywydGwylltGla ... 603403519/
Here is a video of the second chick hatching. When will we see a pip in the third egg we wonder? 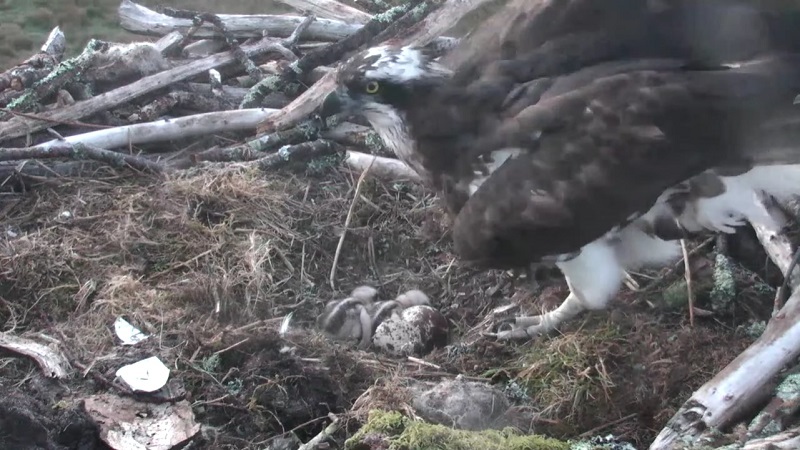 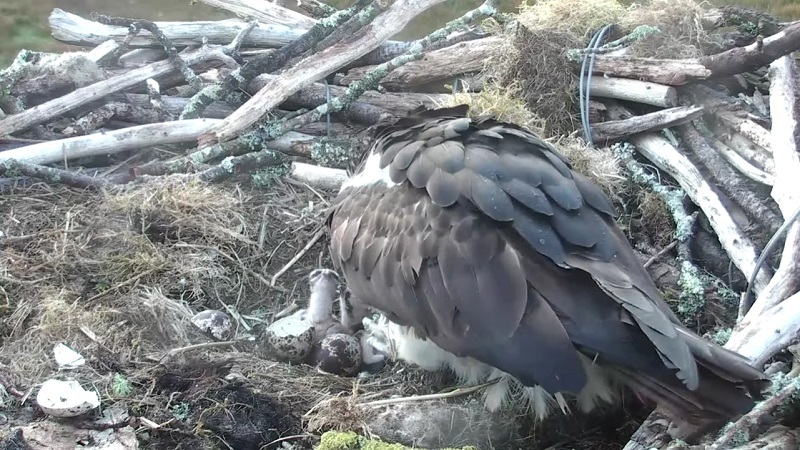 Thank you very much, Seira and Ferenz for reporting, pics and share the video- links!

Feeding time for the bobble heads. 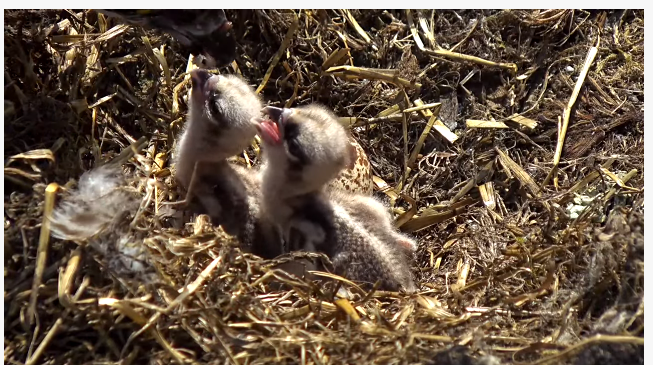 Mrs.G is covering her babies. Looks like the last egg is still intact. 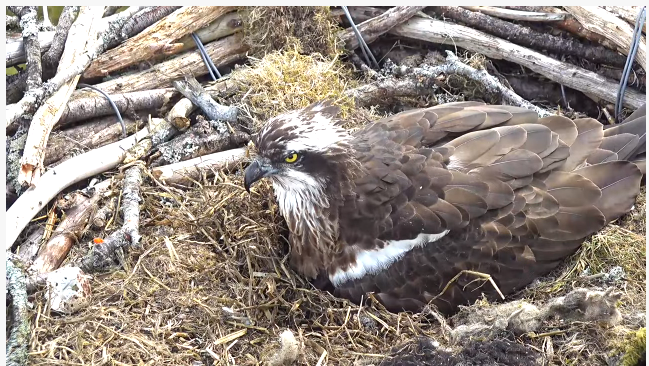 Aran on the ledge with fish, Mrs.G claims the fish, but Aran has time... 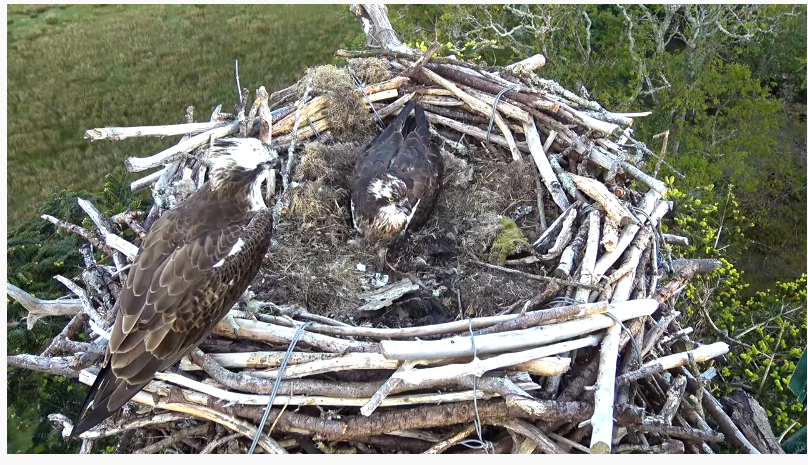 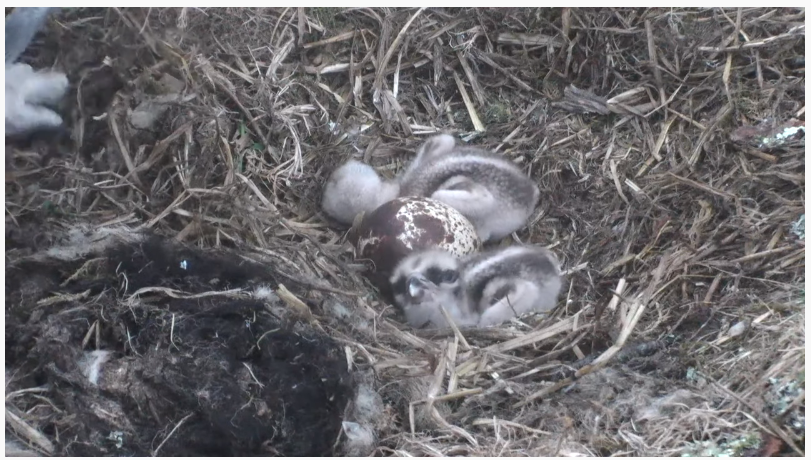 Poor Mrs.G, that weather is horrible. 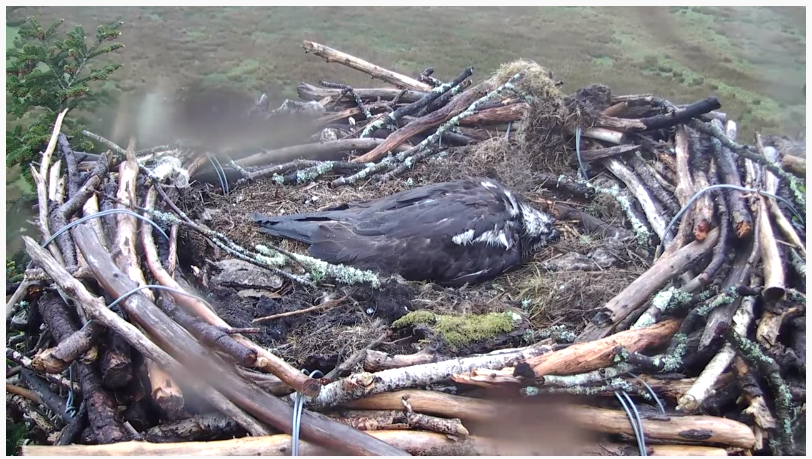 The nature needs us not, but we need the nature
Top
Post Reply
427 posts