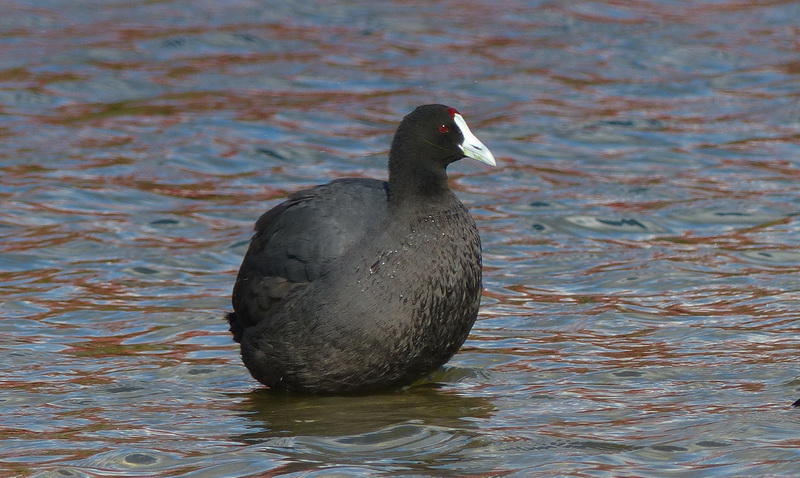 … its friends, which it found on this very river mouth.

The Crested Coot an its friends
Have a nice day!
Brit
http://www.worldofanimals.eu/
Top

At this very river mouth in Marbella are during the winter days numerous Mire Crows. And usually its very peaceful there. But between these two there is no love lost. 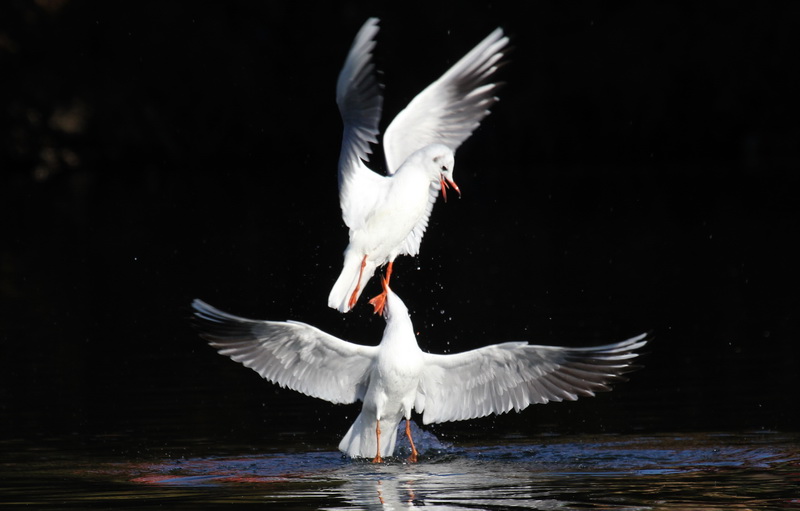 No worries, there was nobody injured! Please find the complete photo series here:

Wow, what impressive pictures of the fight of the two Mire Crows.
Top

Interesting forum! I have clicked a few photographs of insects with my friend who is a Photographer in Port Macquarie. I will surely share those pictures with you all soon.
Top

Brit wrote:At this very river mouth in Marbella are during the winter days numerous Mire Crows. And usually its very peaceful there. But between these two there is no love lost.

No worries, there was nobody injured! Please find the complete photo series here:

Marvellous photograpy Birgit. Thanks to Brit for posting.

Wow,in the last pic I think one crow was aiming at the eye of the rival

It was time to break up.

Thank you macdoum for always being so attentive and giving friendly remarks!

How nice, that the Mediterranean Gull still was wearing the summer plumage, because with winter plumage Birgit hardly would not have noticed her among the Mire Crows. 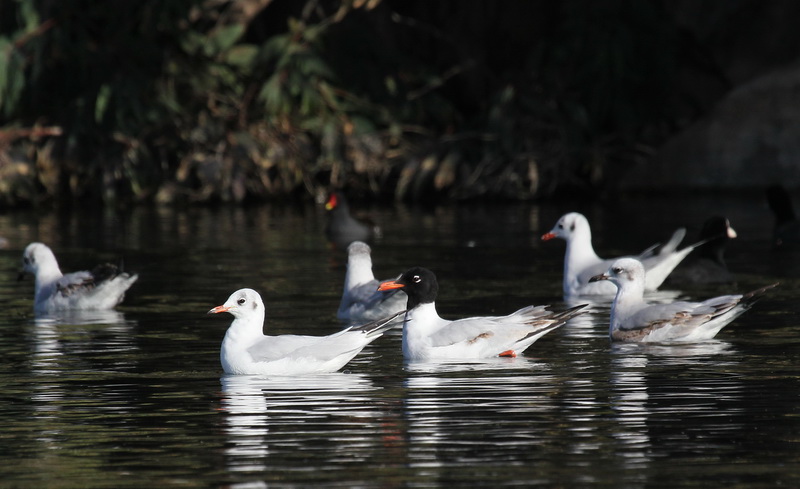 Birgit: Merry Christmas to you and your family
Top

Birgit opened a new theme on her HP:

Brit wrote:Birgit opened a new theme on her HP:

As chance wanted to have it, I heard the calls of a Hoopoo yesterday and discovered him in the opposite building. But: he was not alone! The couple was just busy making a nice big hole into the classy building and it would be the absolute highlight, if they would be going to breed just in front of my nose!

From the many beautiful sceneries, which I caught on film I selected two where the original sounds of the Hoopoo language are to be heard and which show, how adorable they find their new home!

Please find the link to the film here:

Today Birgit would like to show a butterfly film!

Butterflies in my garden
Have a nice day!
Brit
http://www.worldofanimals.eu/
Top

Beautiful records of the hoopoos and the butterflies

Birgit made two little films for us. The first one shows the molting of a Green Frog. Perfectly you can see how he pushes the skin into his mouth and how he is using the eye muscles for swallowing:

Molting of a Green Frog

The second film is showing an Ibis foraging. There Birgit was incredibly lucky, because the beautiful guy first was on the other side of the river and then flew over directly in front of Birgits nose, which of course was with her in the car

. So nice sceneries he presented her with his unbelievable beautiful colors, this fantastic beak and his serenity!

Please choose in YouTube the Version Full HD, not to miss the beautiful quality of the images.

Wonderful though I am not a great fan of frogs,not alone moulting frogs.

How nice to see the Ibis peacefully foraging

Thanks for your always nice comments, macdoum! Maybe this is more to your taste

Today a little film from Birgit about the courtship display of Snowy Plovers. The male bravely drapes tiny little stones, while the female is hopping around the future nest. But the male was earning Brownie points by expelling a Sandpiper. The relatives, the Sandpipers, were a little more advanced with family planning.

The funny Little Egret had put on his most beautiful wedding dress and cleaned it with the utmost care:

Birgit really likes the Plovers . On the river she had the opportunity to watch them for quite a while. By that she recognized that they have a skill which she never observed before. They stamp intense on the ground that possible preys in shock leave their hiding places. Similar the Little Egrets are doing. If one learned from the other?

Here is the video to watch this skill:

Hunting skill of the Plover
Have a nice day!
Brit
http://www.worldofanimals.eu/
Top

A few days ago we had been at the Guadalhorce-Mouth and felt like being at a wedding-party. Stilts and even Avocets had found their mates. What a nice view

As you can see their behavior is quite similar. The females allure with their charms and the males adorn themselves.

The Avocet couple got all wings full of to being busy to chase any invader out of their territory and away from their nest. A frightened White Spoonbill was taking wings, also the Common Terns had to get lost … only the neighboring Stilts didn’t put up with this that easy:

Avocets chase invaders away from their nest
Have a nice day!
Brit
http://www.worldofanimals.eu/
Top

Something like that…! The two Sandpipers seethe with anger! And the Squacco Heron stalked up on his prey so skillful. Birgit watched him nearly for 2 hours and was totally fascinated
Have a nice day!
Brit
http://www.worldofanimals.eu/
Top
Post Reply
497 posts

Return to “Nature in Photographs”