maertha wrote:Liz, chicks are missing? I have stored this article last month in WtE in the Media 2017, doc. 70 viewtopic.php?f=46&t=868&start=60
As I understand it, it was confirmed that eggs have been removed.

There was another incident. They have chased the chicks out of the nest!
https://www.rbb-online.de/panorama/beit ... ttelt.html

"The hatched chicks were missing"
Top

Thanks for the reply, Liz. It´s clear that several trees and nests were destroyed and that eggs were removed in at least three cases in the Uckermark. Nevertheless I could find no evidence for missing chicks from the nest near Herzfelde, as stated in the rbb text you have posted. In the corresponding rbb video report, a BUND member (Friends of the Earth Germany) says that possibly chicks or eggs have been removed.

There is also a report about this case available on the local NABU website. Somebody - who requested anonymity at that time - is quoted in this article. He says he believes that the marks of climbing irons and a pellet which he found in the area are the evidence that the nest was occupied.

As I understand these BUND and NABU sources, the nesting tree was illegally cut down. Unfortunately, this happens often at future wind energy sites. But the conservation organisations were unaware of the existence of this nest until very recently, and the territory was not monitored. So it is seemingly not clear if a brood was destroyed. An official statement of the local environmental authority (Landwirtschafts- und Umweltamt/Untere Naturschutzbehörde, Landkreis Uckermark) confirms in Herzfelde, April 2017, only the illegal felling of the tree.

Please let me know – here or via PM – if you have other sources of information.

Edit: Two chicks disappeared seemingly from another nest in southeast Brandenburg in 2014.
Top

Update on “Spunky”: Why This Young Hawk Thinks It’s an Eagle

“Raised by a bitter species rival, this young red-tailed hawk must learn how to be a hawk on its own if it's going to survive in the wild.” Read more
http://news.nationalgeographic.com/2017 ... 00869574=1 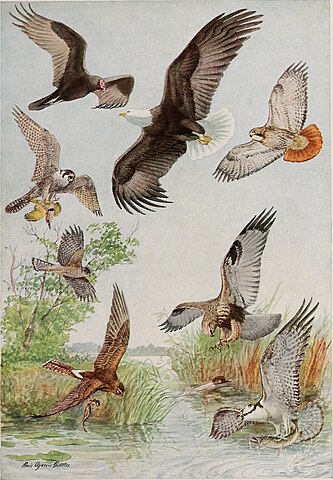 Article in the Green Bay Press-Gazette and video by Julie Smith
http://www.greenbaypressgazette.com/sto ... 558926001/

“A male sea eagle has successfully raised chicks from two different nests in East Scotland for the first time ever in Scotland. The eight year old male sea eagle, known as Turquoise Z, has been travelling between Angus and Fife visiting two nests, more than 28 miles apart, and raising chicks with two different females.” Read more at: http://www.fifetoday.co.uk/news/environ ... -1-4532872

By Pillaveettil (Own work) [CC BY-SA 4.0
(http://creativecommons.org/licenses/by-sa/4.0)], via Wikimedia Commons

“She was a scruffy chick who blossomed into a thriving young bird, only to disappear below the radar. But four years after the last sighting of a rare sea eagle who charmed conservationists, she has reemerged from the wilderness. “ Read more at: http://www.scotsman.com/news/environmen ... -1-4542776

The trapped bird was found at the end of August and has been released back into the wild recently.
Photos & article (in Hungarian) here https://www.bfnp.hu/hu/hirek/sikeres-sa ... -balatonon

According to the article in the newspaper Upsala Nyer Tidning, for the first time ever magnetic resonance imaging (MRI) has been used for a White-tailed Eagle. The aim was to investigate a mysterious illness that caused the death of several birds. Like this eagle, which was found unable to fly on an island in the Östhammar archipelago, they showed neurological symptoms. Lead poisoning could be ruled out. Viral tests were made, but no infections could be detected. The MRI result was sent to an expert in Hungary. The eagle has now died – it was 23 years old.

By Lamiot (Own work) [GFDL (http://www.gnu.org/copyleft/fdl.html) or CC BY-
SA 3.0 (https://creativecommons.org/licenses/by-sa/3.0)], via Wikimedia Commons

It is the first time that a young Irish-bred White-tailed Eagle leaves the island to explore the neighbouring country. Article, maps and photo: Golden Eagle Trust, FB 2 October 2017 https://de-de.facebook.com/permalink.ph ... 4808950774 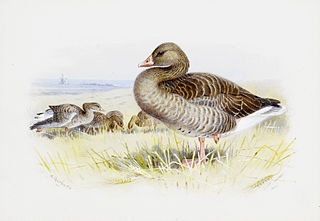 I put a spell on you. Cover version by the Norwegian singer Angelina Jordan. Original by Jay Hawkins

maertha,
TY very much (and not only for that post)

Solo wrote: maertha,
TY very much (and not only for that post)

“The most vulnerable species were found to be birds of prey, especially the White-tailed Sea-eagle Haliaeetus albicilla, Golden Eagle Aquila chrysaetos and Griffon Vulture Gyps fulvus - partly due to the fact that they often use artificial habitats such as farmland for their hunting, which is where onshore wind farms are most often placed.” Read more: BirdLife International, 31 October 2017
http://www.birdlife.org/worldwide/news/ ... wind-farms

UK/Scotland: Sea eagles to be scared off sheep farms in new trials

“New methods to deter white-tailed sea eagles from preying on lambs are being trialled in Argyll and on Skye.” http://www.bbc.com/news/uk-scotland-hig ... s-42003578 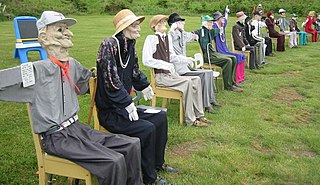 “Take care of the land, your friends and your family/and remember to plant lots of trees.” Charlie Mgee, Trees Eat Us All (Tribute to Bill Mollison). Original version here http://music.formidablevegetable.com.au ... son-single