The camera in Alutaguse forest has started for another season. The past two years we could see bears, foxes, raccoon dogs and a variety of birds, even a hunting Ural owl was seen.


The Alutaguse forest camera site has been prepared by Natourest and 360 Kraadi.

Some information about the area:
Alutaguse is Estonia’s largest forest area, covering virtually all of its north-eastern part. For all who have an understanding of Estonian nature Alutaguse is surrounded by a special aura. The marshes here are so large that few have had the chance to peek into their heart. Here somewhere willow ptarmigans and Jack snipes nest; elsewhere in Estonia they almost cannot be found any longer. Here the great grey owl was discovered nesting last year; its latest confirmed nesting in Estonia was noted more than a hundred years ago in this same area. Here flying squirrels live. Nowhere else in Estonia are there as many bears as in Alutaguse and of course Western capercaillies, black grouse, white-tailed eagles and golden eagles, elks, wolves, lynxes, otters ... and what not more abound here, This is the Estonian taiga, but with a Central European touch – on the bog islets broad-leaved forests can be found.
Moving around in Alutaguse your senses are always open to extraordinary encounters. It may be a bear, or a flying squirrel, but it is an open chance that you meet with an even more unique experience, because in addition to the great grey owl other species with eastern or northern population areas stray here, such as wolverine, Siberian jay or rustic bunting. And perhaps some of the secrets of Alutaguse also come into the range of the new forest camera.
(Rein Kuresoo, http://www.natourest.ee)


Article on the Looduskalender site: http://www.looduskalender.ee/en/node/16235
“One can measure the greatness and the moral progress of a nation by looking at how it treats its animals” (Mahatma Gandhi)
"You can judge a man's true character by the way he treats his fellow animals" (Paul McCartney) 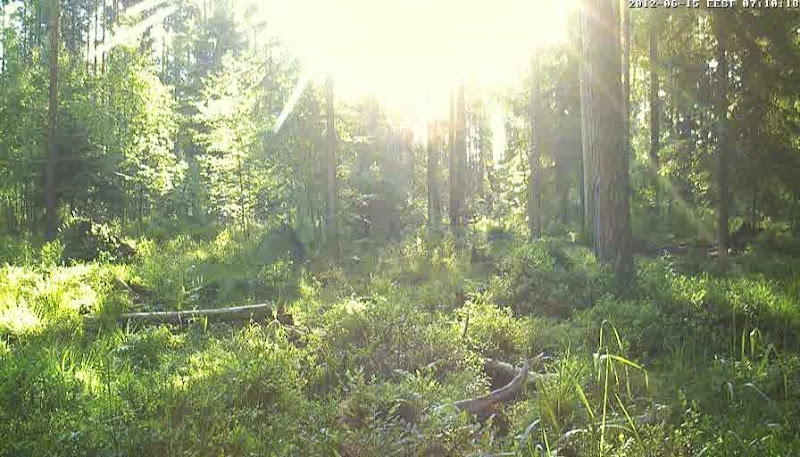 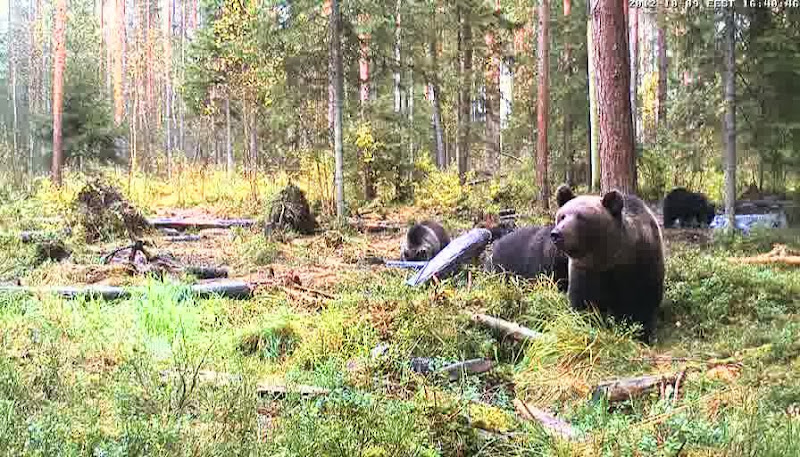 I took the liberty to take Bea's picture of the RDs over to here: 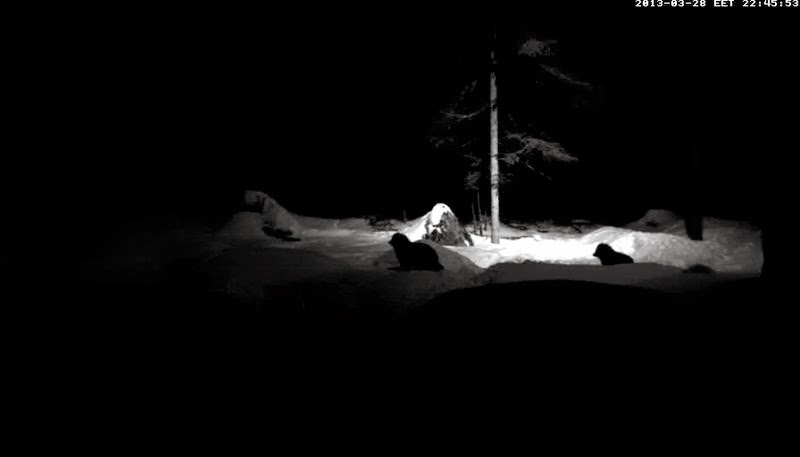 And this is one of the boars coming later: 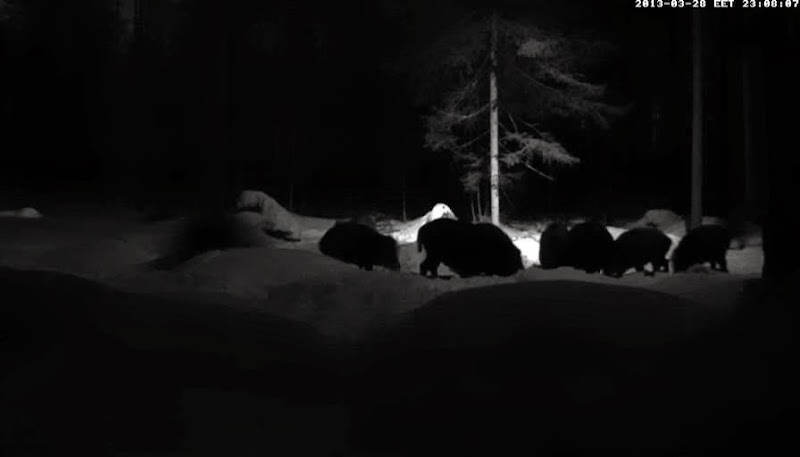 Many thanks for the new topic, Felis silvestris.

A lot of wild boars The first pictures of the season are => here

because the bunny fodder brought? 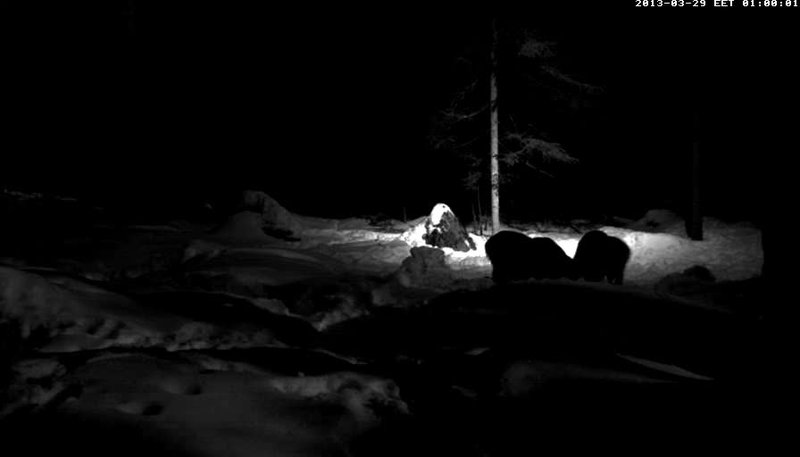 Must be something delicious there - four boars standing together and munching

Over on siga cam...no boars.

FRIDAY 29 MARCH.
good morning to all.

had wanted to see this camera since last year, but was not yet registered or participate in the forum could disffrutar stunning images of bears, foxes, raccoons etc. .. Hopefully this year we can enjoy equal
Thanks to all who make it possible 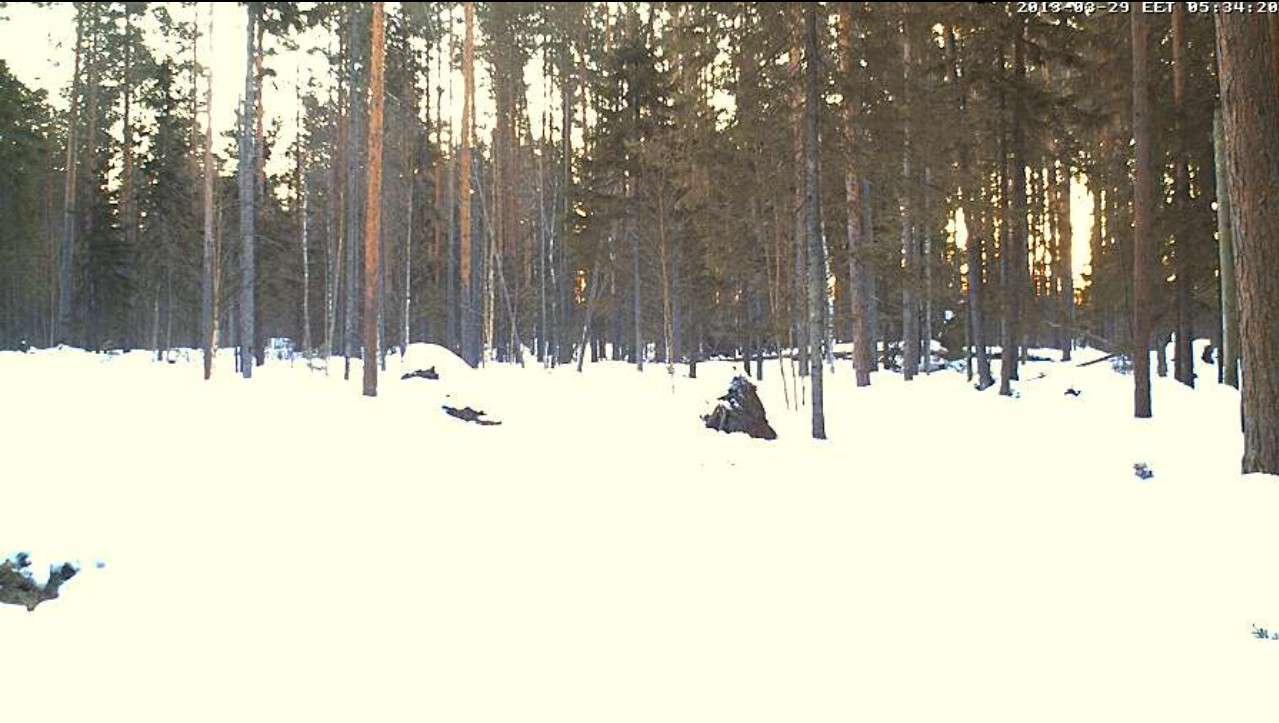 What a nice surprise, Alutaguse-Cam is back online again

Thanks a lot for the first pictures of the first visitors here on feeding ground. 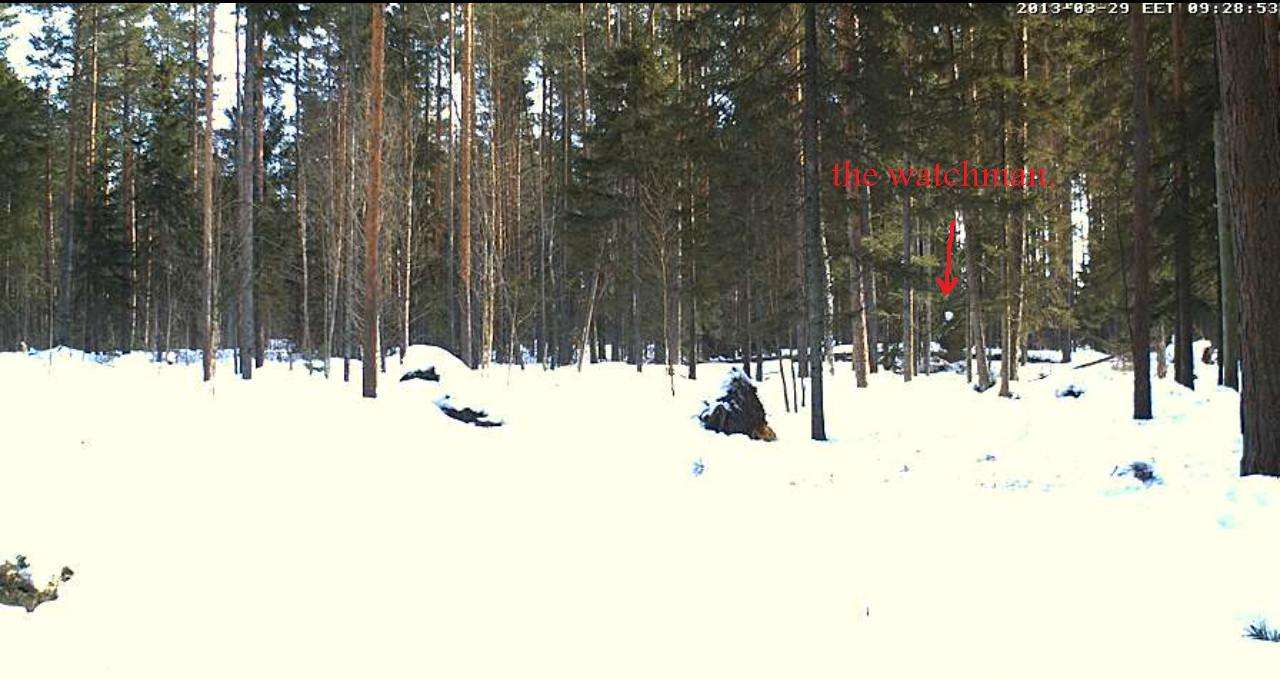 On platforms there have passed wild boars

One bear was there already, leaving 16 cm prints!

When will we see the first one there?
“One can measure the greatness and the moral progress of a nation by looking at how it treats its animals” (Mahatma Gandhi)
"You can judge a man's true character by the way he treats his fellow animals" (Paul McCartney)

Oh, yes, the Alutaguse-camera is back! I hope I'll see a bear this year, for I missed them last year, always looking at the wrong time. 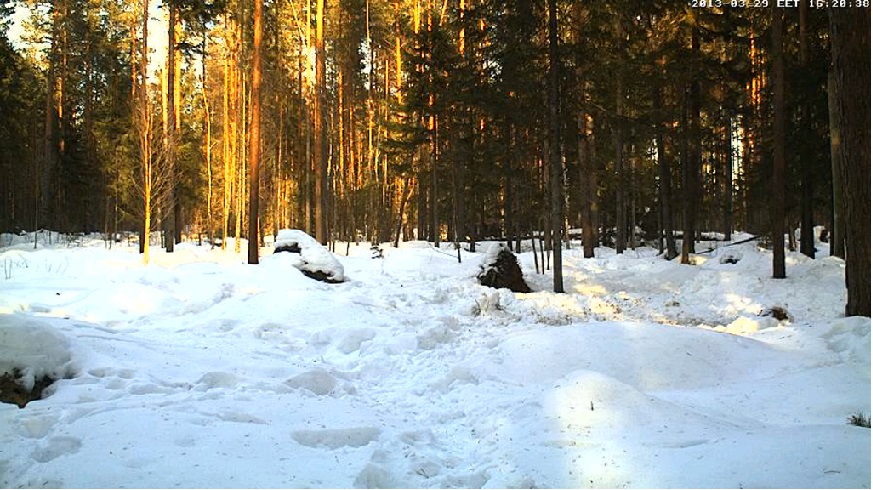