i saw the hatching, too, and i'm very happy for Audacity and Jak. 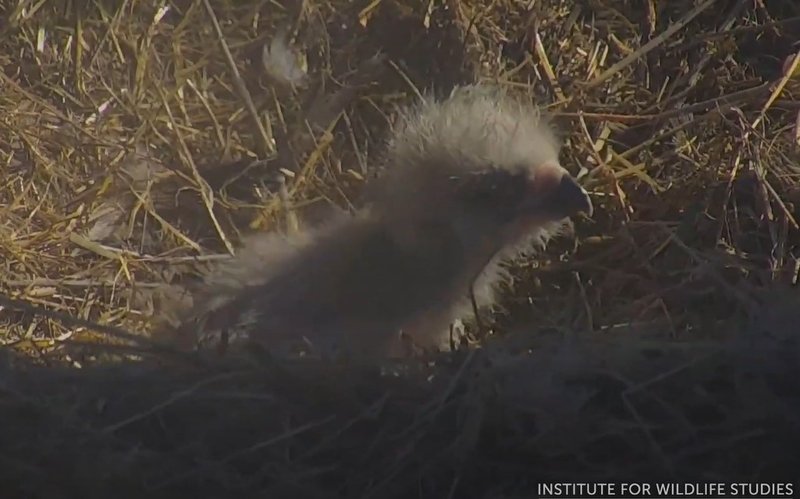 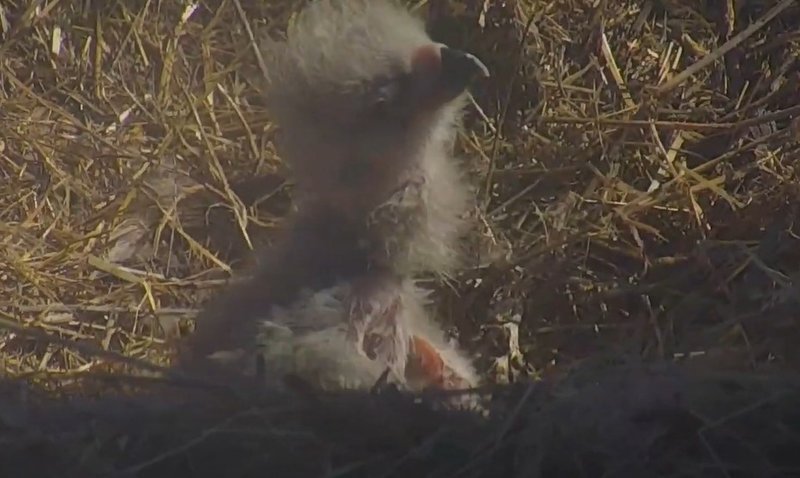 oooops, still very wobbly it fell on its back but got back right after 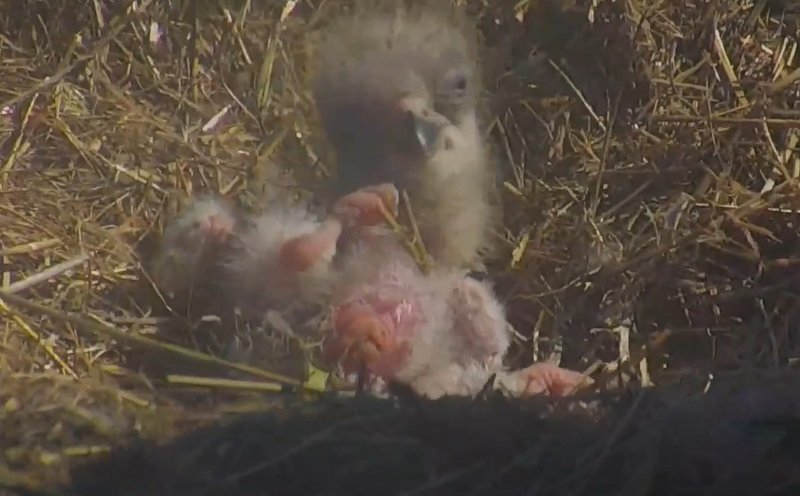 This year is happier for them than the previous one! 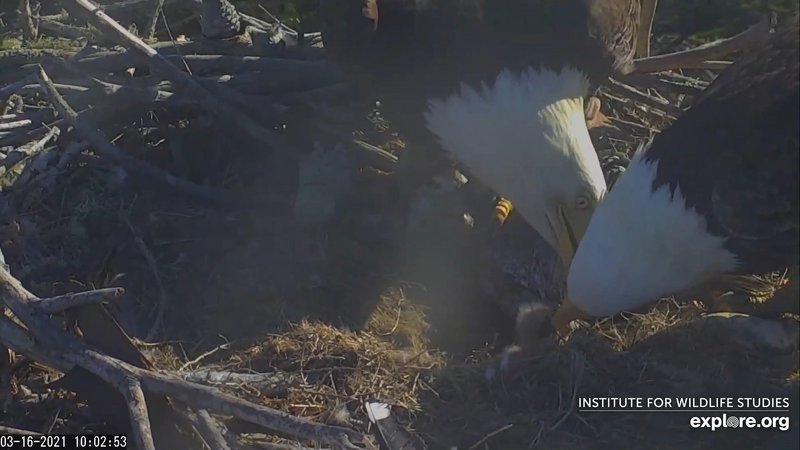 Close up Mom and lil bit, she offers fish. Bobble head took only two bites, is not really hungry. 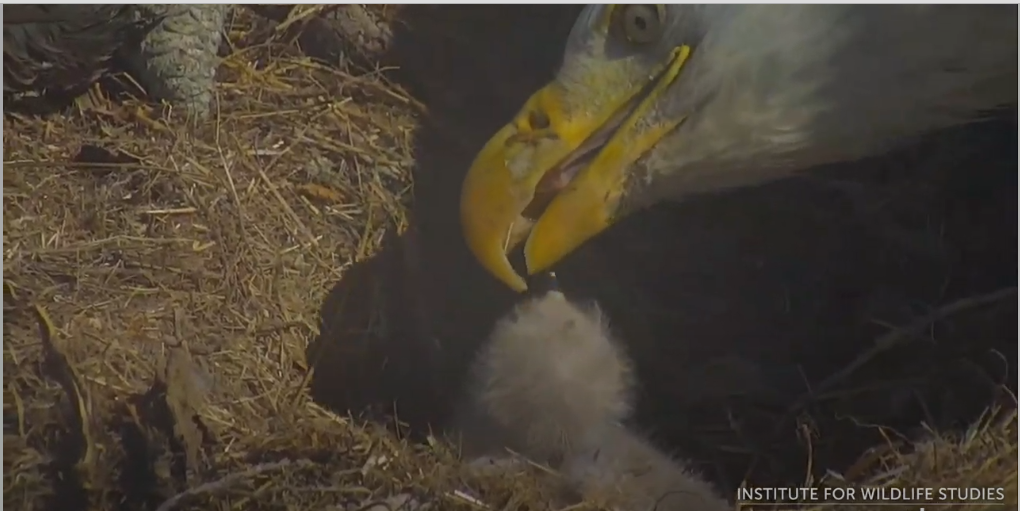 . So one egg did not hatch at all. These two babies are different size, so there are a Big Baby and a Small Baby. There is not bonking as I've seen. The babies have eaten side by side and it goes well. Looks like the parents are somehow uncertain when they feed, maybe first time parents?

Sylvika thanx for observing and reporting

the lil bro (?) and the big sister 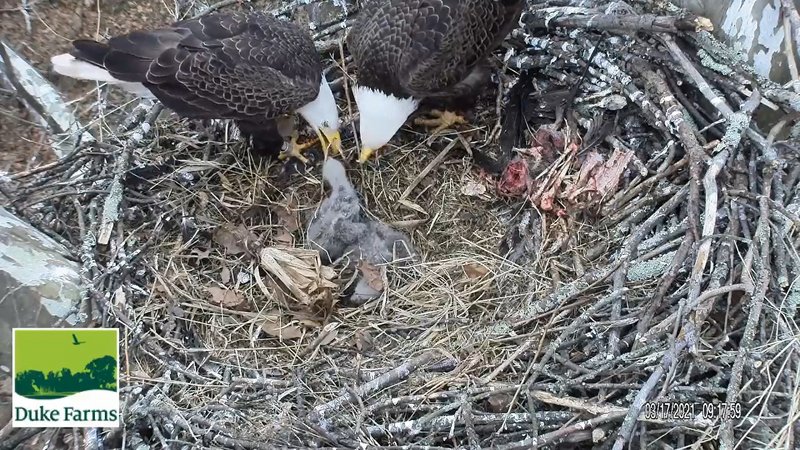 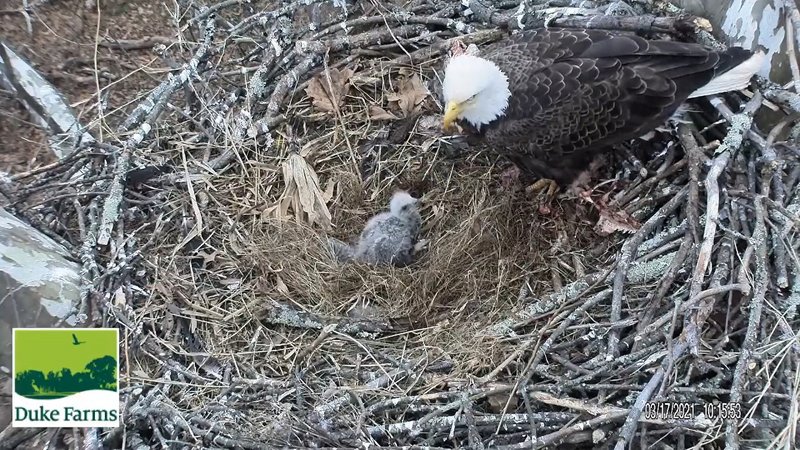 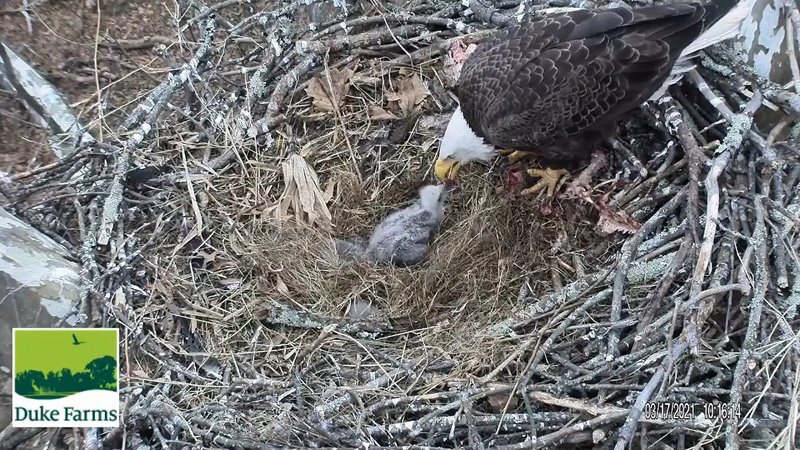 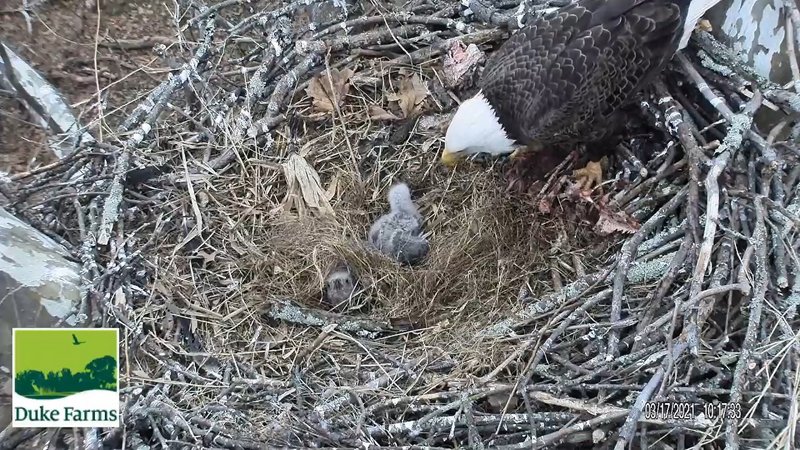 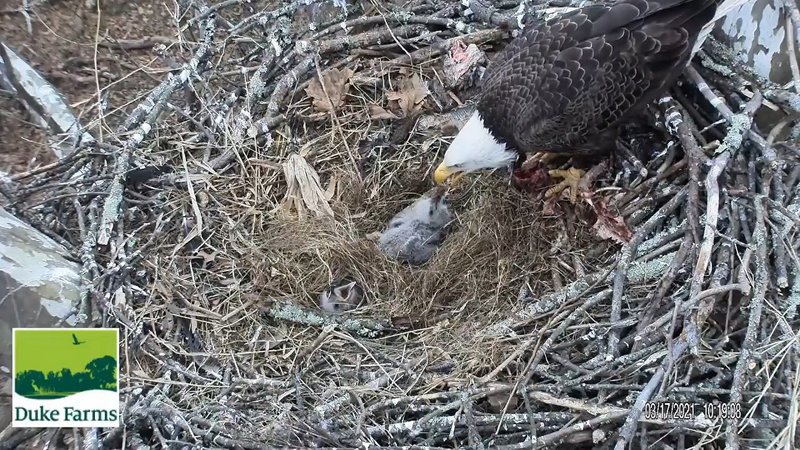 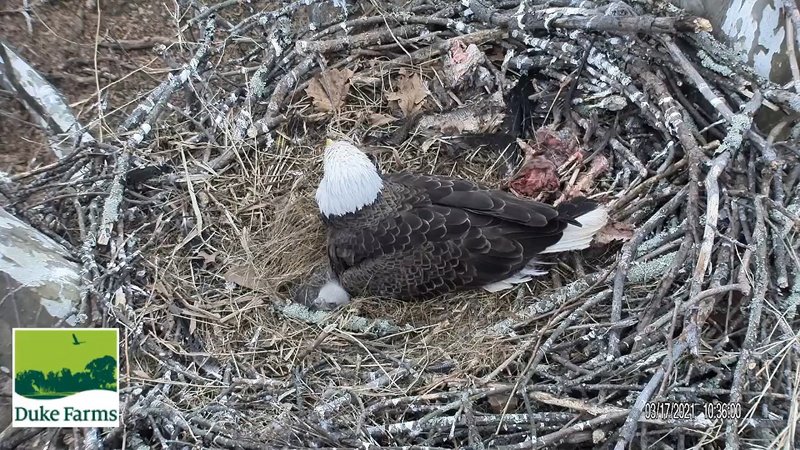 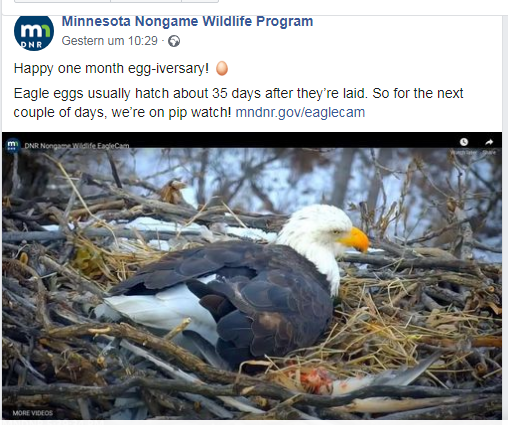 thanx to all for the news 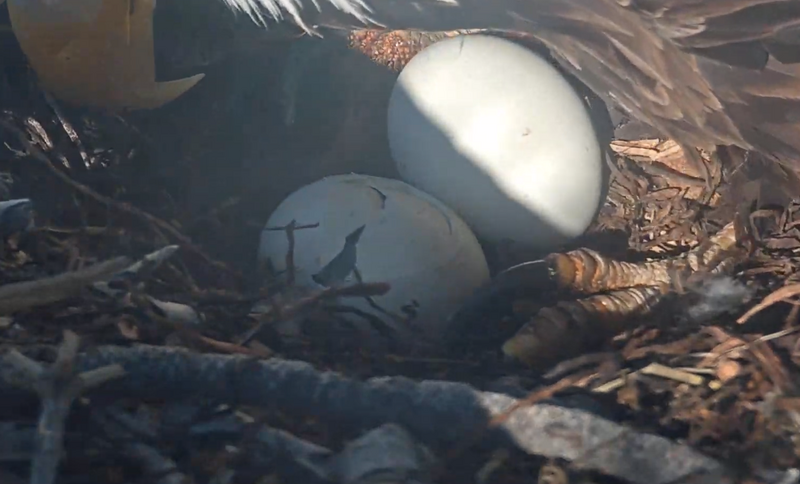 Jackie awakens to check on the eggs and baby eaglet chirps from inside the egg! This little one has a lot to say and just might take after it's mama. Volume up for this one 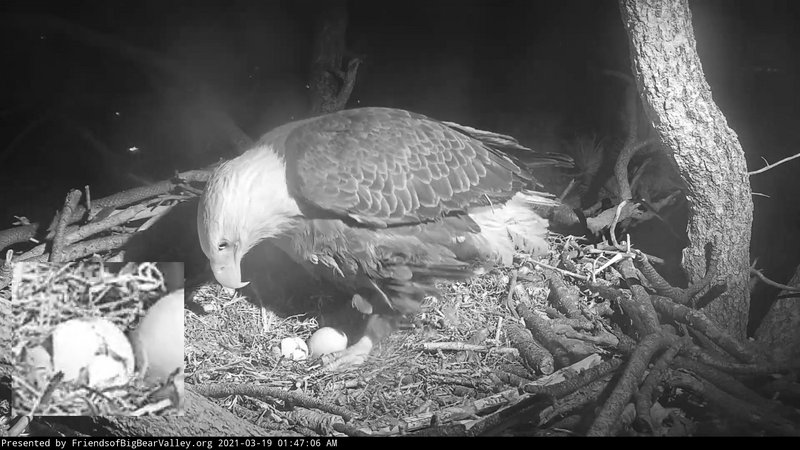 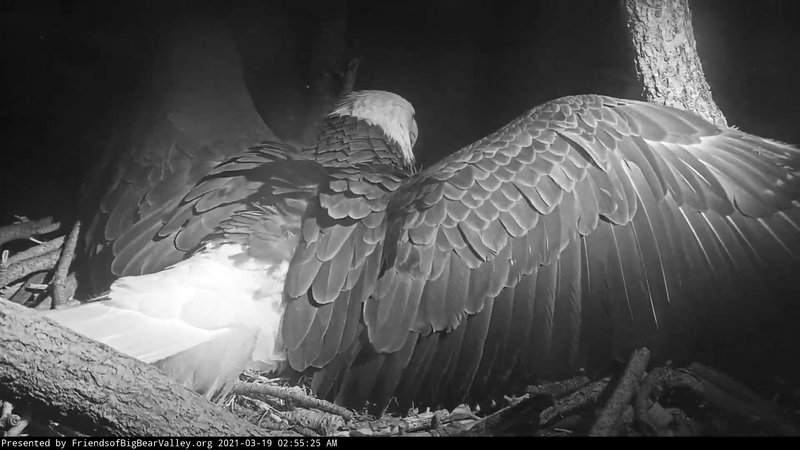 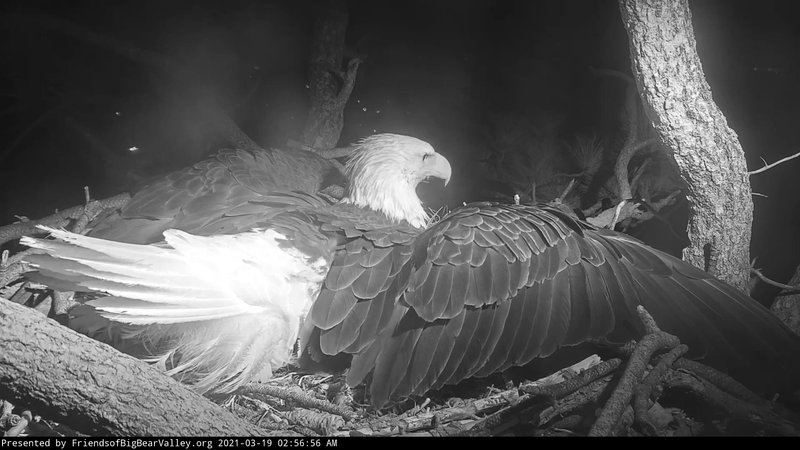 the flying squirrel is back? (I saw nothying

the flying squirrel is back? (I saw nothying 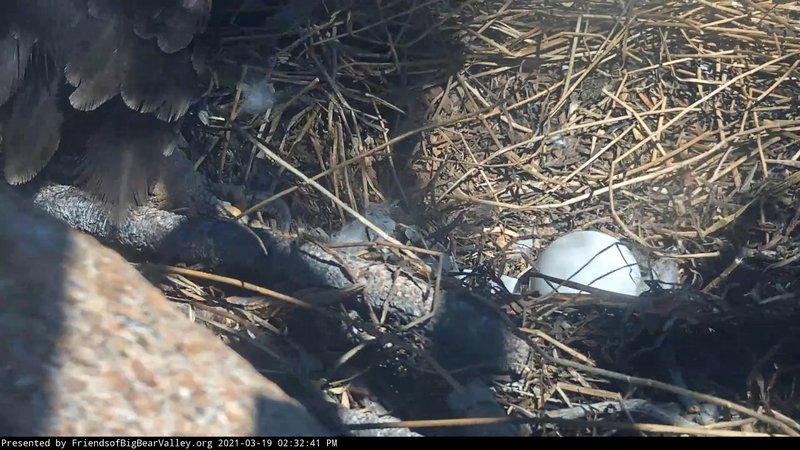 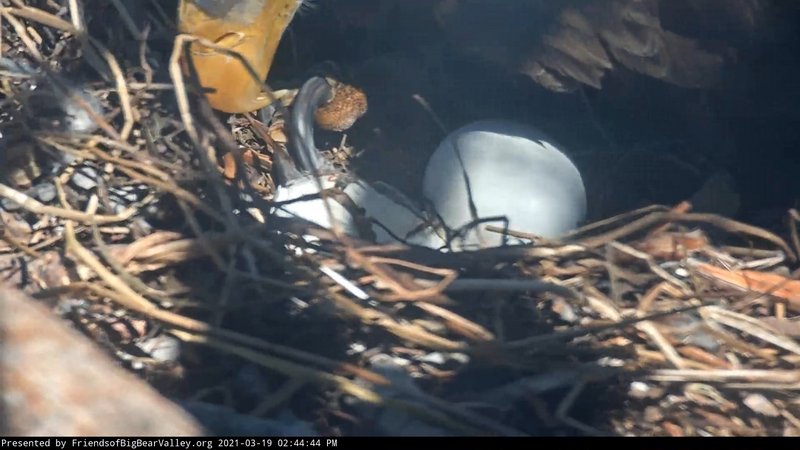 ? (the chick that was hatching did not survive) 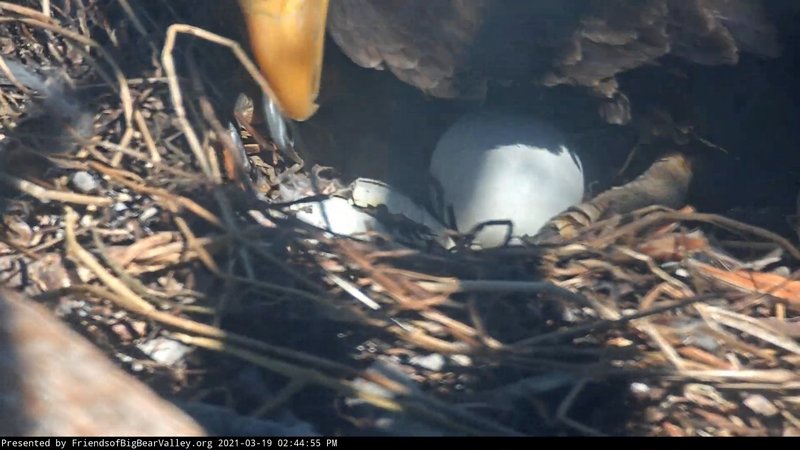 BB1 hatch in progress, NO PIP2 yet

15.07 Jackie came to take over, Shadow didn't want to get up,
Jackie had to "convince" him, she nudged him twice on the neck 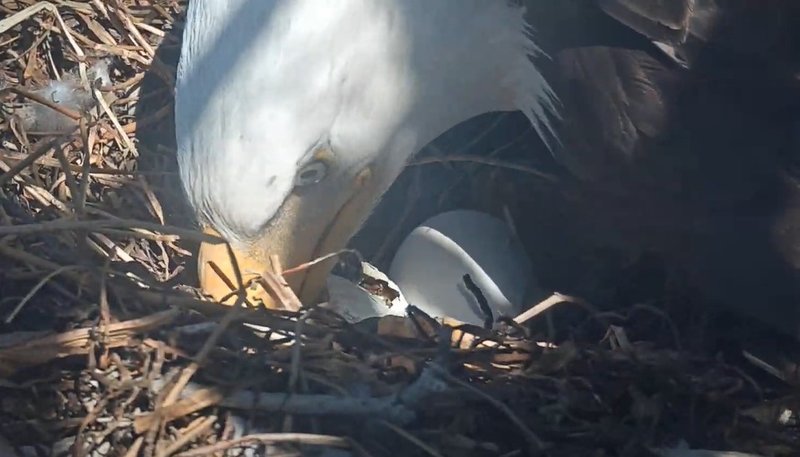 15.53 the little beak of the hatchling is visible upright, but no movement and i couldn't hear any chirp since hours So, no movement on the hatchling at all in half an hour while Jackie was incubating and got up again at 15.53.

Meanwhile the chat on the YT live stream is down. Earlier someone wrote in a comment "a talon pierced the egg". I don't know if that is true, i haven't seen it myself.
Top

16.25 i thought i saw a tiny movement on the crushed eggshell in front of the other egg,
but it could also be my tired eyes from long, strained looking at the screen
(and probably the wish to see a movement)

18.15 Jackie got up, took a step aside of the deep bowl and only the other egg is visible 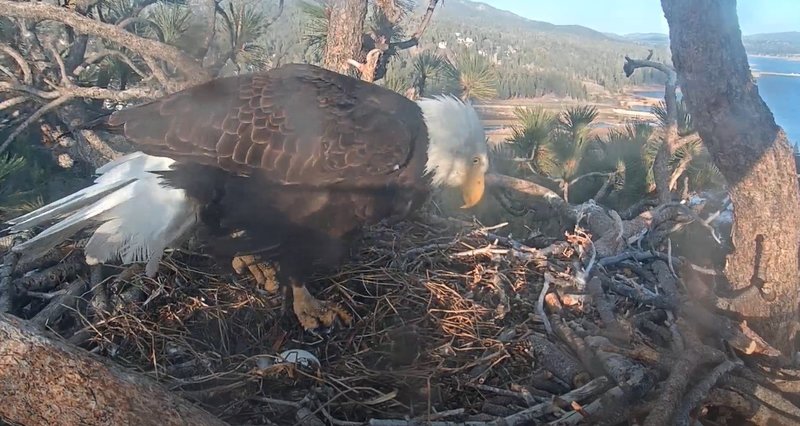 18.16 the "white" on the left of egg2 is only a down feather blowing in the wind 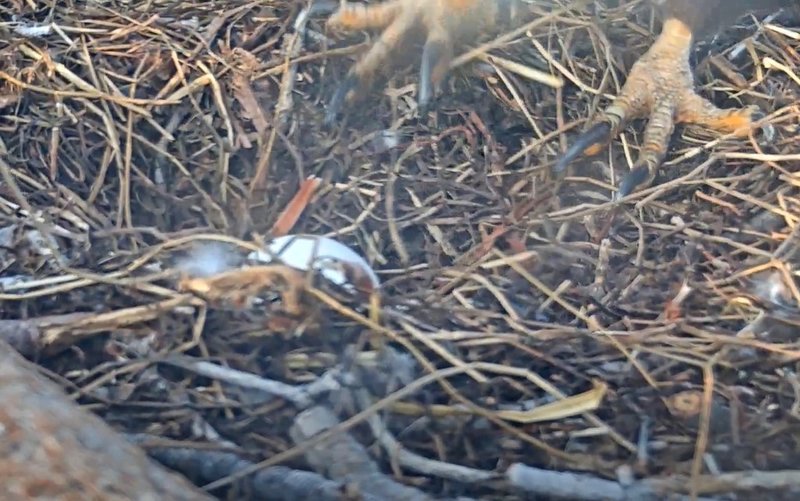 
I'm so sorry for Jackie and Shadow and all the hope and prayers go out for egg2. They so much deserve to have at least one eaglet after all they went through.
Top

YT-info:
3/20/21 Update: We are sad to report, after egg 1 began to hatch, it appears that sometime during the day on 3/19 the eaglet passed away. Egg 2 is still in the nest and being cared for by the parents. Egg 2 will be at 37 days old later this evening.
Top

One bobble head and the second egg with a crack. The nature needs us not, but we need the nature
Top
Post Reply
5382 posts