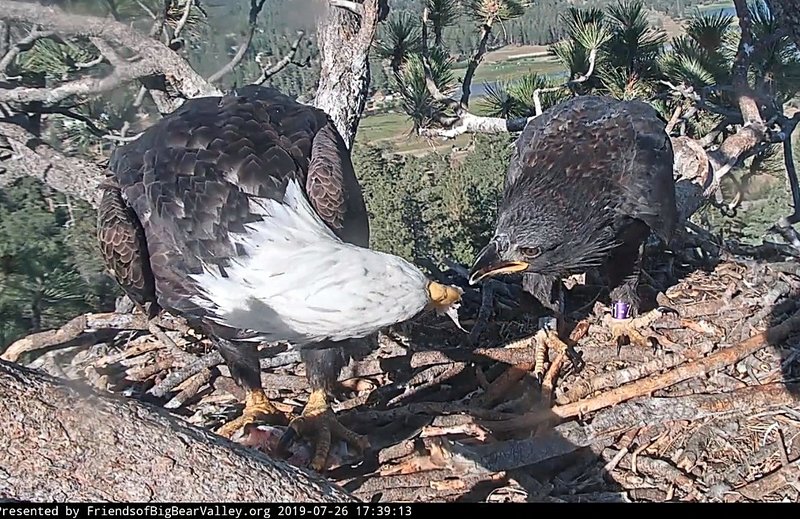 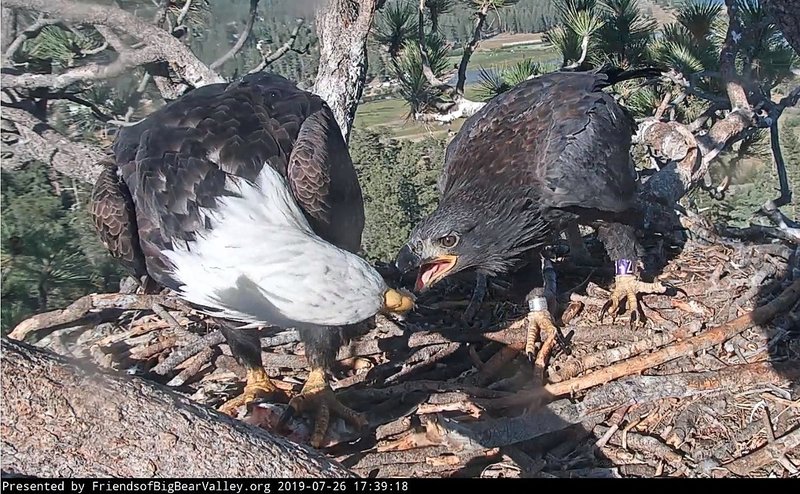 He is still visiting the nest and sometimes stays for the night, he looks slimmer than before.

Most of the time, parents are there near him during meals, and are still helping him, like yesterday around 15:00 Nest Time.

video by LifeMedia / video credit: SOAR (the video shows a first flight in the flight pen)

enjoy - from D32 is only a picture,
but so very nice to see D33 and DN9 (both females) flying there in the flight pen, together with two other eaglets.

thank you very much for the updates about our Decorah eagles

Jackie is eating and feeds Simba

This Simba is so spoiled

He is now almost 17 weeks old and still likes to be fed by parents.

2 days ago he slept on the nest with Mom on his side, like when he was a baby

But, since he is flying, he lost much weight

I saw somewhere that some people think that he is a female.

He ia a MALE! confirmed by the DNA taken from him and his sib during ringing; Both were males.

Simba is so cute! I hope he'll have a good life and that we'll hear about him in the future. With his big violet ring, one can't miss him

4 August 2019
Last week, D32 had his (this is still an educated guess on gender) wrap changed on the right leg. Why still a wrap? Just like a human who has had a broken leg bone, supportive material is still used for several weeks after the cast is removed (think walking boot). D32 still needs a bit of support as he moves about the 10x20’ enclosure. New roomie? Yes, he’s sharing quarters with our best “model eater,” education bald eagle - Decorah (FKA D20).

13 August 2019
Last week D32's beak measurement was done and it is official that D32 is a boy. He weights 8 pounds. The vet wrap was removed and not replaced. While D32 is still favoring his right leg, he can move his foot and use his leg. He is getting up to a perch in the 10x20 he is sharing with education eagle Decorah.

30 August 2019
Moved to 100' flight pen to build stamina and socialize with all ages of bald eagles.

Both on the nest, starting with nestoration. 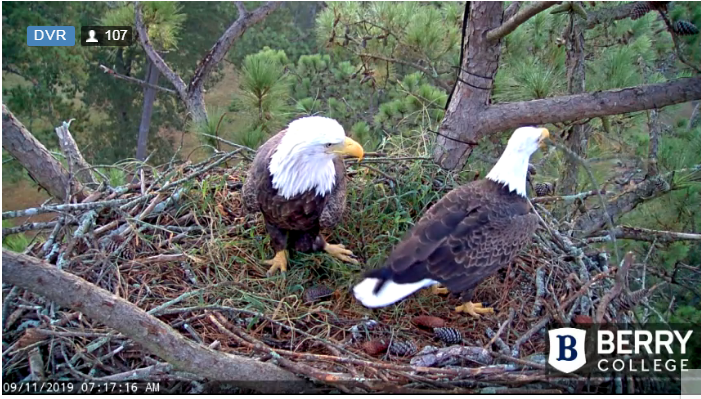 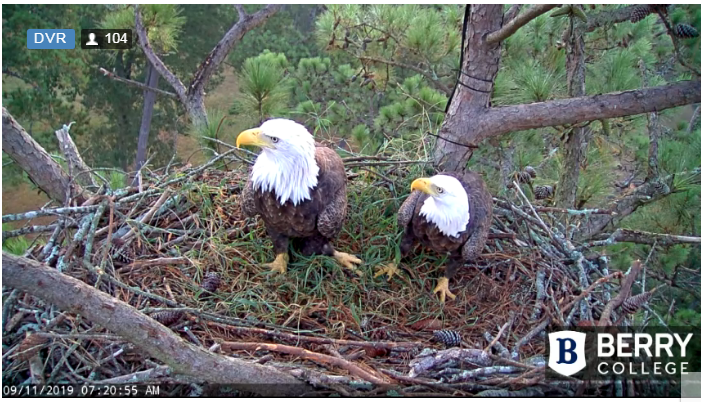 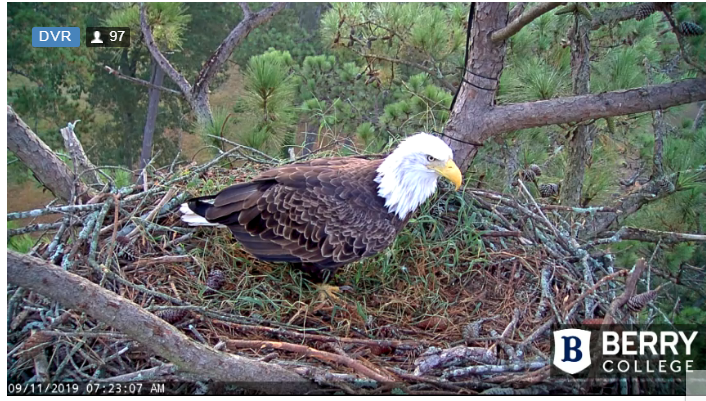 
The soft release of DN9, D33, Calamar & Allamakee from the flight pen 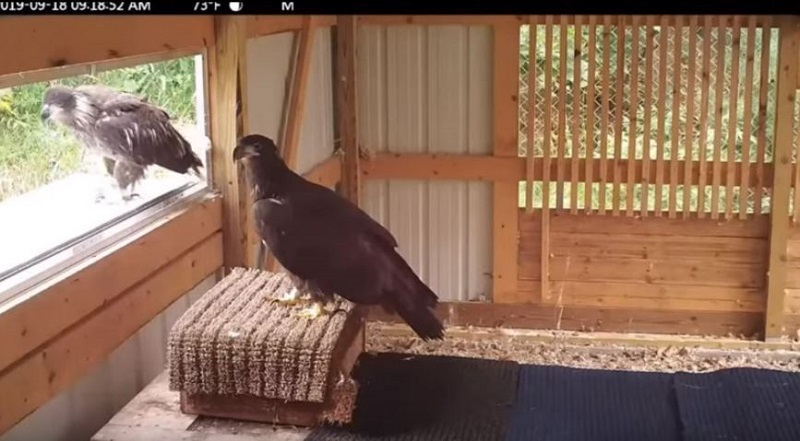 "Will D32 be released? That is our hope. But first, not only does D32 need time in the 100’ flight pen, the 20 x 60’ pen will be used to soft release some red-tailed hawks and then peregrine falcons (or vice versa). When D32 moves to a larger flight pen, we’ll try to get video then."

Berry dad is sitting in the nest 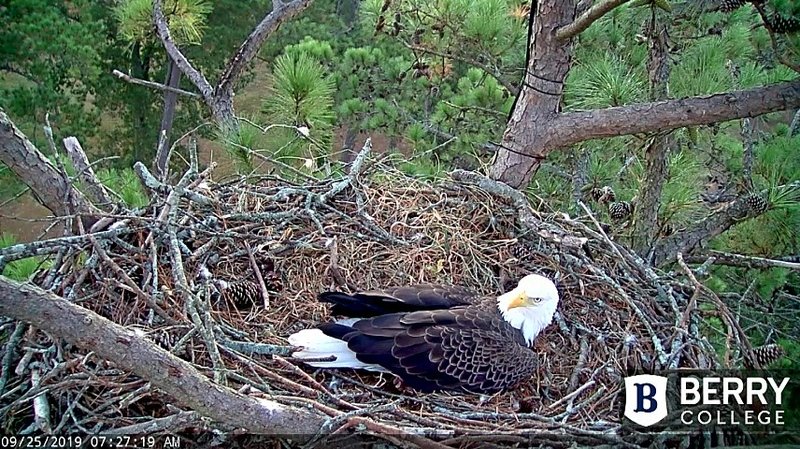 I hope for a better season

by Ferenz
Decorah: Today before sunrise 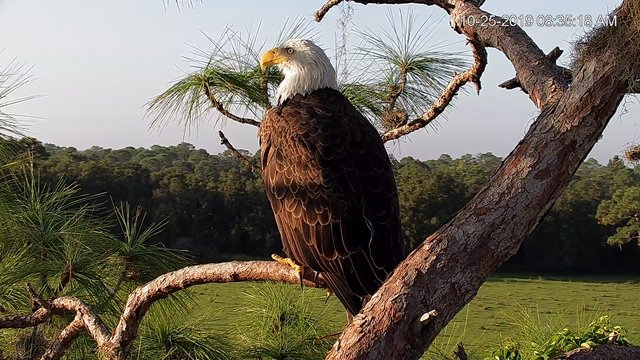 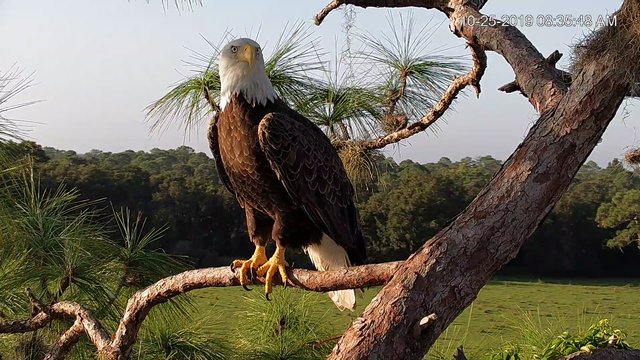 by Ferenz
Decorah, Iowa: DM2 perching on balkony, Mom in the nest

both worked hard yesterday in the early morning. 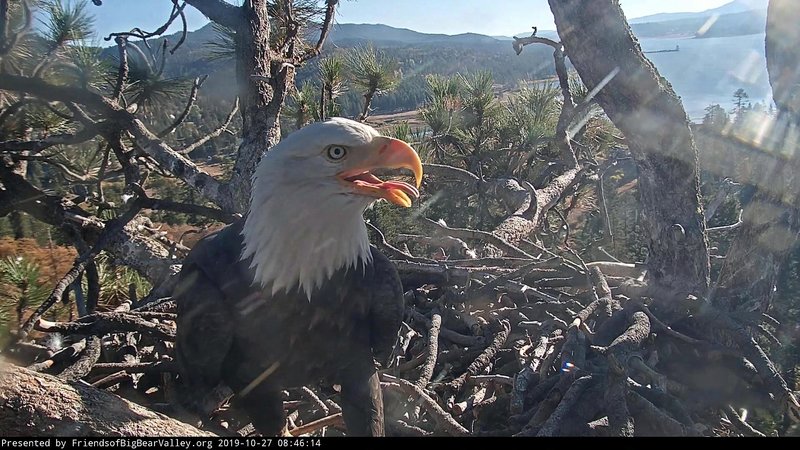 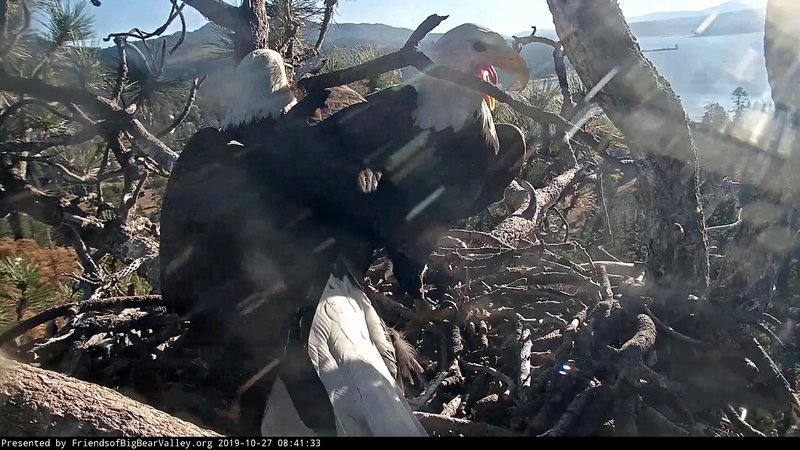 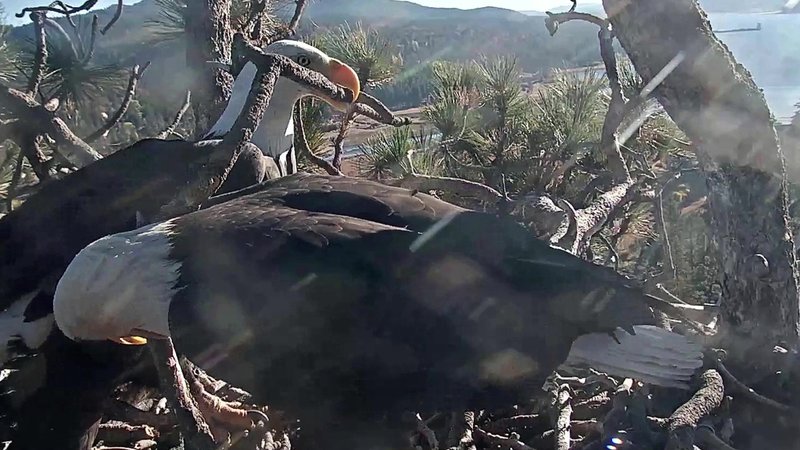 by Ferenz
Pleasant Lake, AZ - Eagle pair in the nest 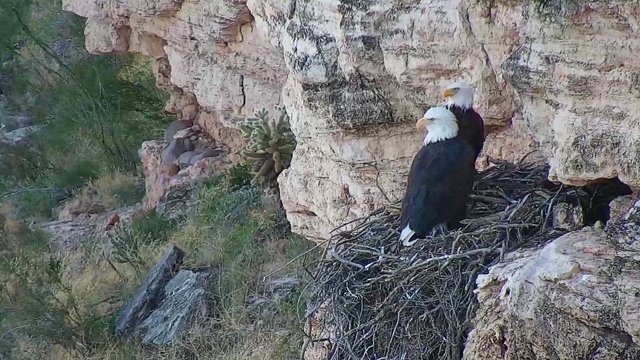 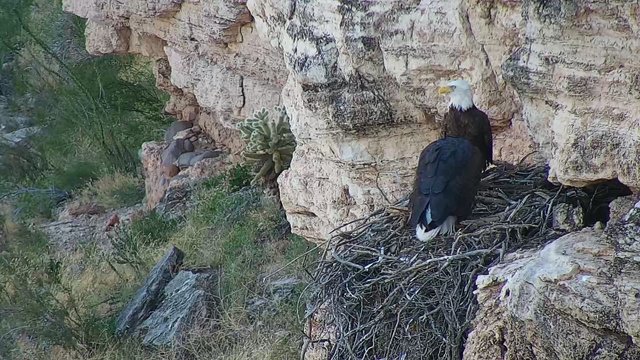 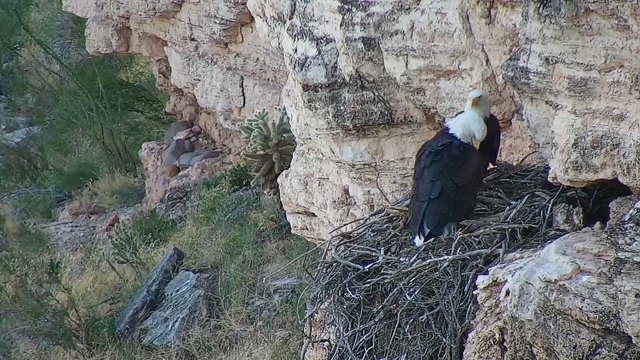