All eagles except White-tailed and Spotted Eagles
Locked
672 posts

November 3rd
People from the ground reported on Saturday Thulane's aggression towards Jono. So it is much earlier ( 58 days after fledge) then it happened with Nessi (67 days after fledge). Also Thulane was seen bringing stick to the nest.
Parents in the nest on November 2nd by Asleepnomore Birdwatching http://www.youtube.com/watch?v=OZ8dS_QO ... e=youtu.be
Top

Last days were not sunny, so it's probably the problem with batteries. 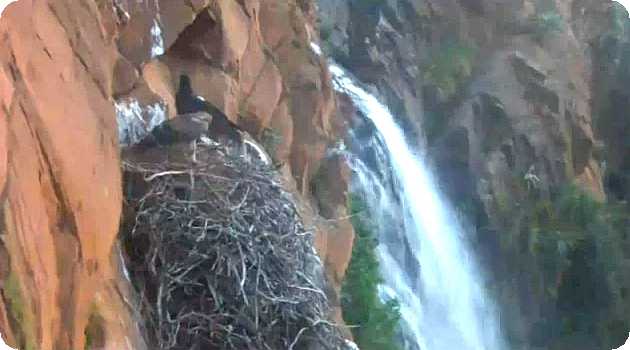 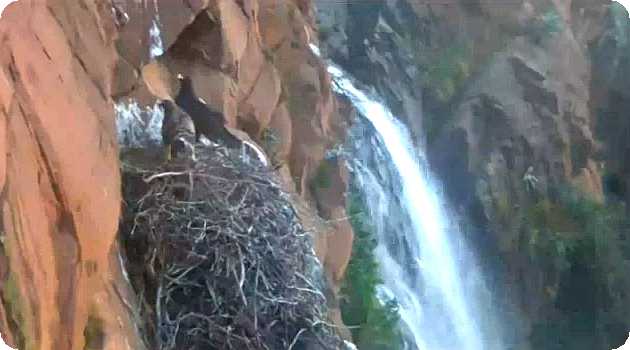 November 5th
Jono spent today lot of time in the morning at the nest. He/she flew to the nest followed by Emoyeni. Was hungry, begged for food, but I haven't seen any prey. 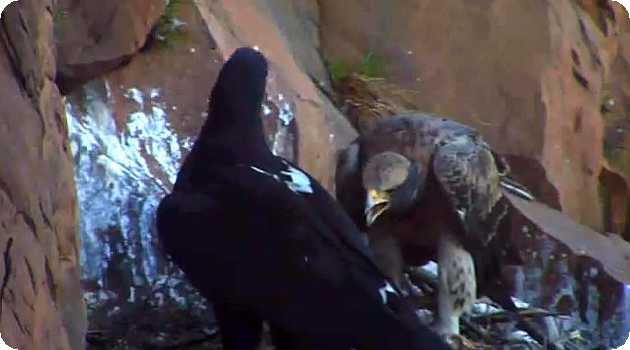 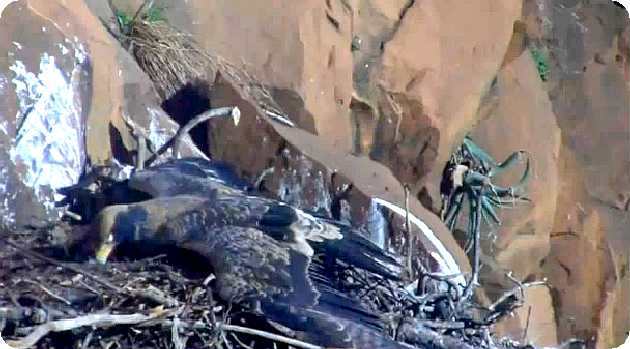 When Jono flew back to the nest at dusk (18:44) his/her crop looked empty. Jono stayed for the night. 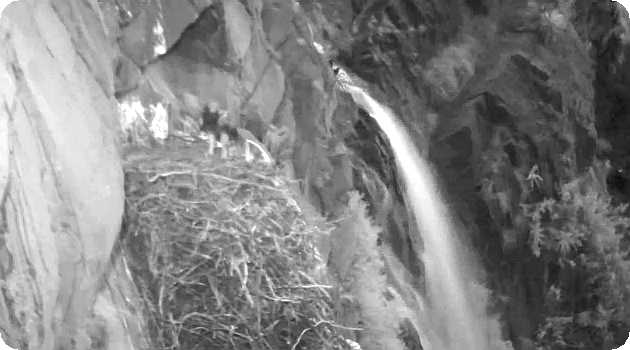 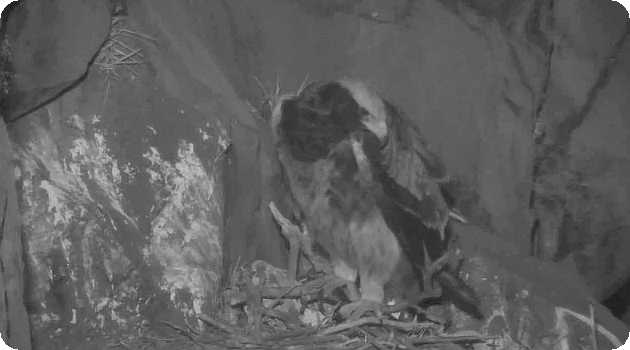 But Thulane thinks already about another nesting season and another eaglet....

19.39 But today evening and night Jono is still in the nest

Jono has to learn now to fend for him/herself. I guess the parents won't feed him/her for much longer.
Those photos Ernest Porter posts on Facebook are really amazing!


Edit: I just now took a look, the nest is empty now! (9:18 EET)
“One can measure the greatness and the moral progress of a nation by looking at how it treats its animals” (Mahatma Gandhi)
"You can judge a man's true character by the way he treats his fellow animals" (Paul McCartney)

November 7th
Emoyeni flew to the nest at 16:35. Jono followed her, but both stayed at the nest only few minutes. There was no closeups, so hard to say if he/she had full crop. 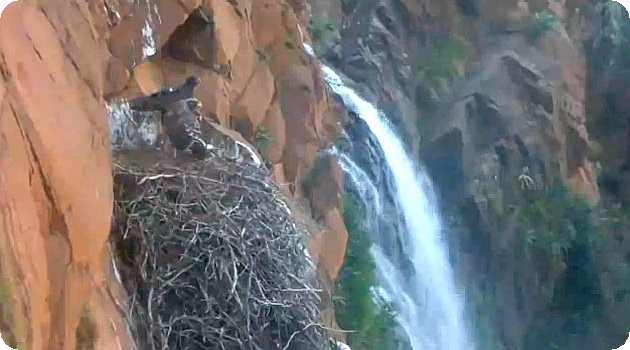 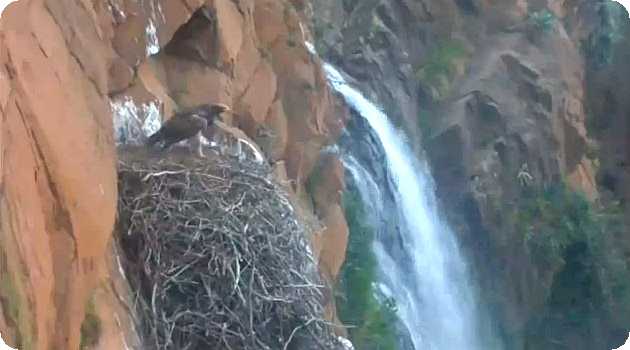 November 8th
Stunning, but sad for me photos of Jono and parents on FB (taken today by Ernest Porter). Ernest wrote this tough time can last for 3-4 weeks.
Top

Jes, hard to see but time for adulthood for Jono has come. And this is current lesson in eagles's school...and how good s/he can fly!
All the best for Jono in his/her Blach Eagle adult life!

November 9th
No view of Jono today, only parent visited the nest in the morning.
Video by eaglewhisperer18 http://www.youtube.com/watch?v=23s_rb0h ... e=youtu.be
According to ground reports from FB it seems that Jono had quieter day without bullying by Thulane.
Top

November 14th
After several days cam is back.
Emoyeni flew in the nest at 18:38 for a while. 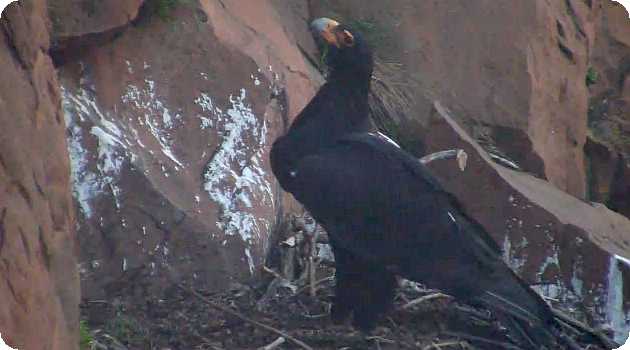 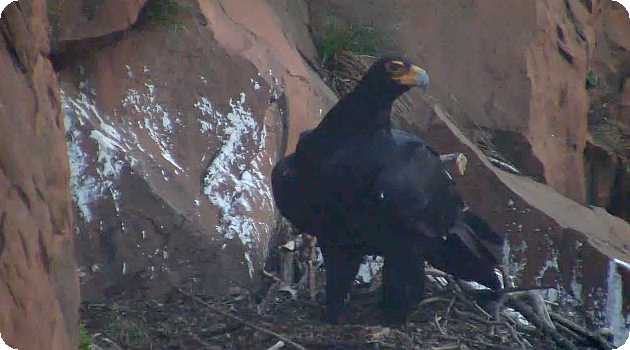 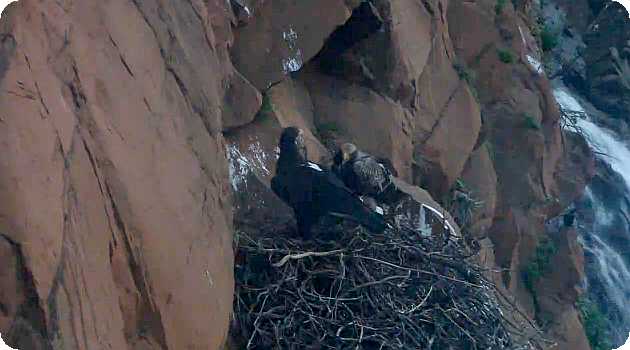 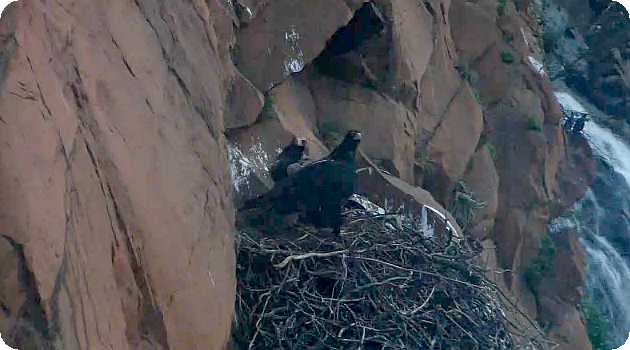 After a minute Emoyeni flew off and Jono (full crop) also one minute later. 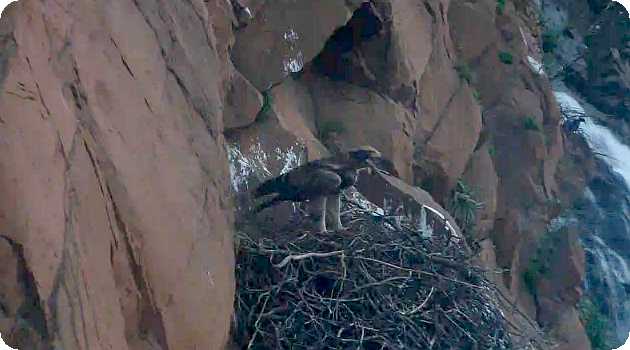 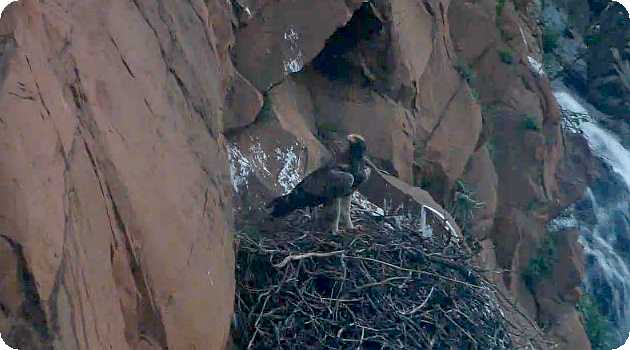 Jono didn't visit the nest today. I saw him (Ernest Porter wrote on FB Jono is probably a male) only on the palm tree. 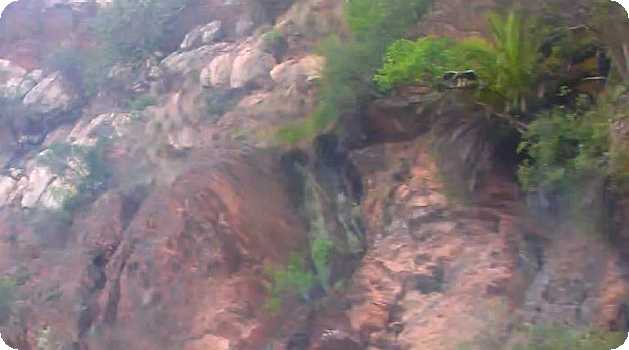 and article by Ernest Porter on FB.
Top

And a very interesting and thorough explanation by Ernest Porter about the aggression and why it happens:


Black Eagle Project Roodekrans: I see there are many people asking questions about the aggression, Jono hunting etc.
I hope this answers some of the questions:

Verreaux’s Eagle aggression towards their offspring

The aggression of verreaux’s eagles towards their offspring exists because verreaux's eagles are extremely aggressive and territorial eagles. It is considered normal behavior for them to chase their offspring out of their territory about 9/10 weeks after the juvenile has fledged from the nest.

The aggression is not swift and continues for 3-4 weeks before the juvenile is actually chased out of the natal home range. The adults don’t harm their offspring in these aggressive attacks, but they certainly give them a good scare, especially in the beginning of the aggression. Later on the juveniles participate and even return the aggression towards the parents.

Interestingly the adults still bring prey for their offspring while the aggression period is in motion. You can imagine the confusion a juvenile must experience when being chased and attacked in the morning and then later seeing his parent bring a nice, juicy snack for him to feast on.

The juveniles only start hunting for themselves after the parents chased them out of the natal home range.

Jono will probably be chased off by approximately mid-December according to normal aggression behavior. But we are dealing with wild eagles which have a mind of their own.

Taken from the Facebook Page of the Black Eagle Project - https://www.facebook.com/blackeagleproject


Besides that I have found another interesting fact about the Black Eagles and why the project does not tag or ring (band) the juveniles:


Black Eagle Project Roodekrans: An answer to the questions of where do Juveniles go after they are chased out of the territory:

We do not track the juveniles at Walter Sisulu National Botanical Garden with GPS devices and we also do not tag them. We have tagged juveniles in the past and in 2010 Emoyeni broke the juvenile’s leg trying to remove the tag. After the 2010 incident we as a committee decided to not touch the juvenile eagles. This means we do not know where the juveniles go after they are chased out of their natal home range. (Ernest Porter)

It shows that those eagles with their lovely serene faces and the angel on the back are in reality very fierce eagles and should not be taken otherwise. Also their cainism is fiercer than what we have seen on the LSE nests!
Jono is learning his/her lesson to survive now, like Nessi and all the others before him/her.
“One can measure the greatness and the moral progress of a nation by looking at how it treats its animals” (Mahatma Gandhi)
"You can judge a man's true character by the way he treats his fellow animals" (Paul McCartney)

TY, Mamicja and Felis silvestris ... I have been watching Mom Emoyeny in her venerable age and Dad Thulane for 3 seasons now and I admire those beautiful eagles for their being together and supporting each other and beeing so good parents to their babies.And for giving such clever lessons for their juvies in order to teach them to survive as they are big birds and need to be sharp-eyed and skillful hunters.
We are living in a dangerous age. Human beings dominate nature, before they have learned to control themselves. -Albert Schweitzer
I have been studying the traits and dispositions of the so-called "lower animals" versus the traits and dispositions of man. The result humiliates me. - Mark Twain
Top

It must be realy hard time for Jono.
Parents and Jono visited the nest today at 16:45, but parents chased him away. 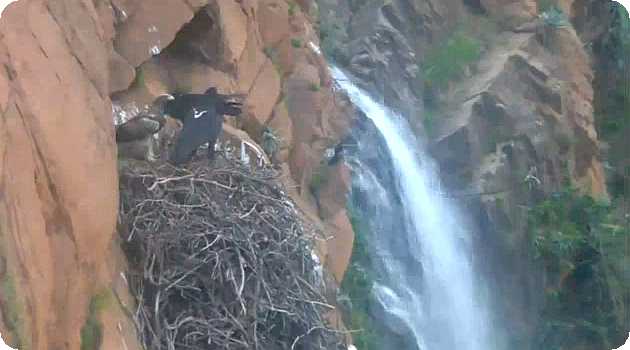 November 26th
Jono is still in the vicinity of nest in the Botanical Garden.
Today in the morning the whole family visited the nest.
Video by eaglewhisperer18 https://www.youtube.com/watch?v=orXYB_V ... e=youtu.be
There is a lot of today's pictures by Ernest Porter and Shane Wilken on FB.
Top

December 3rd
Jono doesn't visit the nest lately, parents don't let him to go back.
In the morning one of parents paid a short visit - video by eaglewhisperer18 https://www.youtube.com/watch?v=krwsEFs ... e=youtu.be
Jono keeps flying around and screaming, what is very hard to listen - video by Kansastoyou 1 https://www.youtube.com/watch?v=GH2GKFf ... e=youtu.be
Pictures on FB portray more and more aggresive behaviour parents towards Jono. Black Eagles are for sure very fierce and aggresive.
Top