This nest of Black stork is located in northern Kurzeme (NW part of Latvia). Nest is known since 2012, when it was productive (3 chicks left the nest) and the same results were recorded there one year later as well. This year (situation as on 17th of April) nest has been visited only occasionally by single bird (most probably male) and it happened on 5th, 6th, 12th and 17th of April.

The building of surveillance system was supported by the VAS LVRTC (JSC "Latvian State Radio and Television Centre ") and e – Paraksts (e-Signature), as well as "Apavi 40+". Valuable assistance in building and maintenance of system was provided by Jānis Rudzītis and Helmuts Hofmanis. 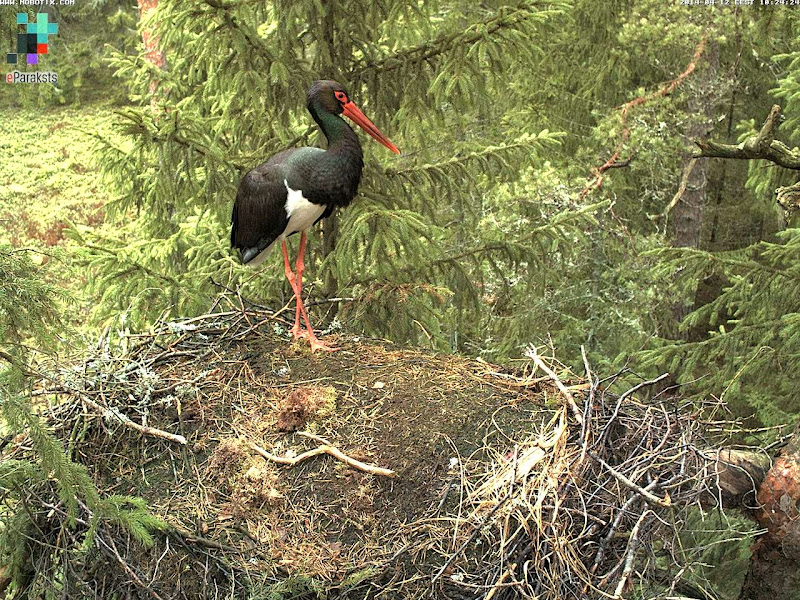 A single Black Stork was seen on the nest and working already for a couple of times times since April 5.

Note: The usual webaddress for the Pontu pictures is presently not working -
we have an alternate address for the time being - sample link:
Pontu: http://193.40.124.24/2014-melnais-stark ... -06-13.jpg
(exchange the date - twice - and the time for the time you want to see)
“One can measure the greatness and the moral progress of a nation by looking at how it treats its animals” (Mahatma Gandhi)
"You can judge a man's true character by the way he treats his fellow animals" (Paul McCartney)

I just checked the Pontu pictures of the last few days and found that right today there was a Black Stork on the nest: 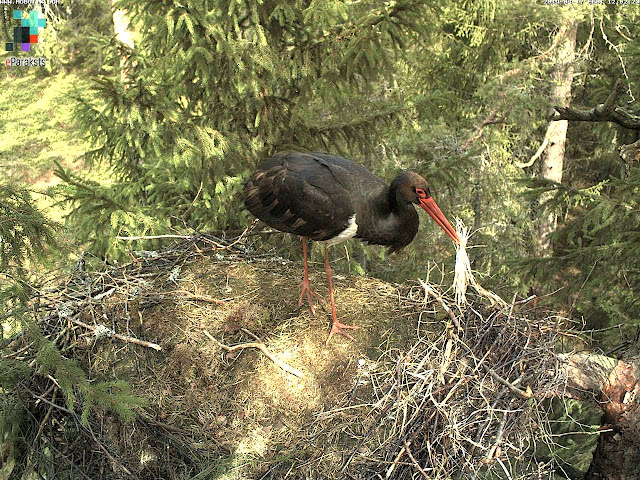