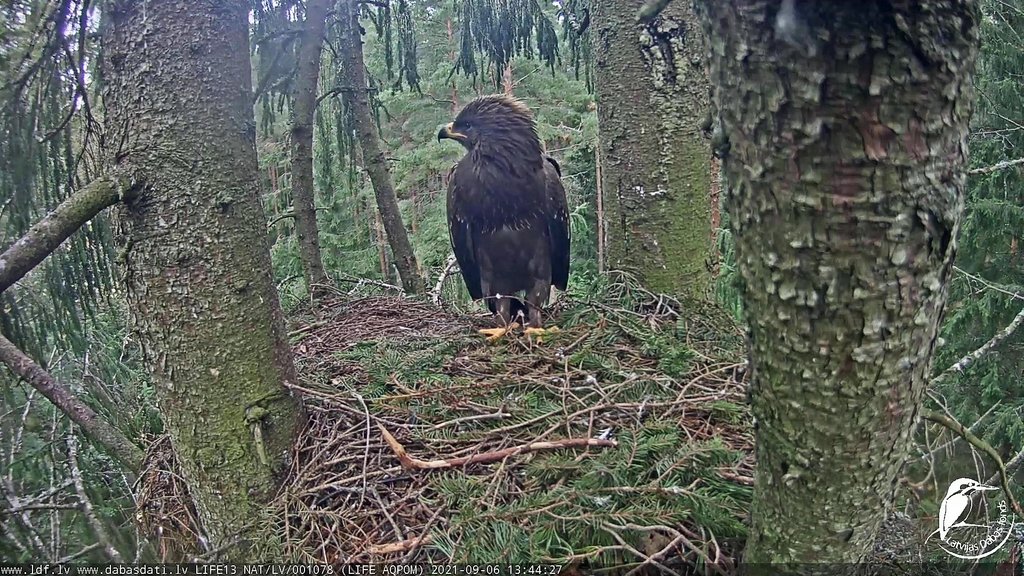 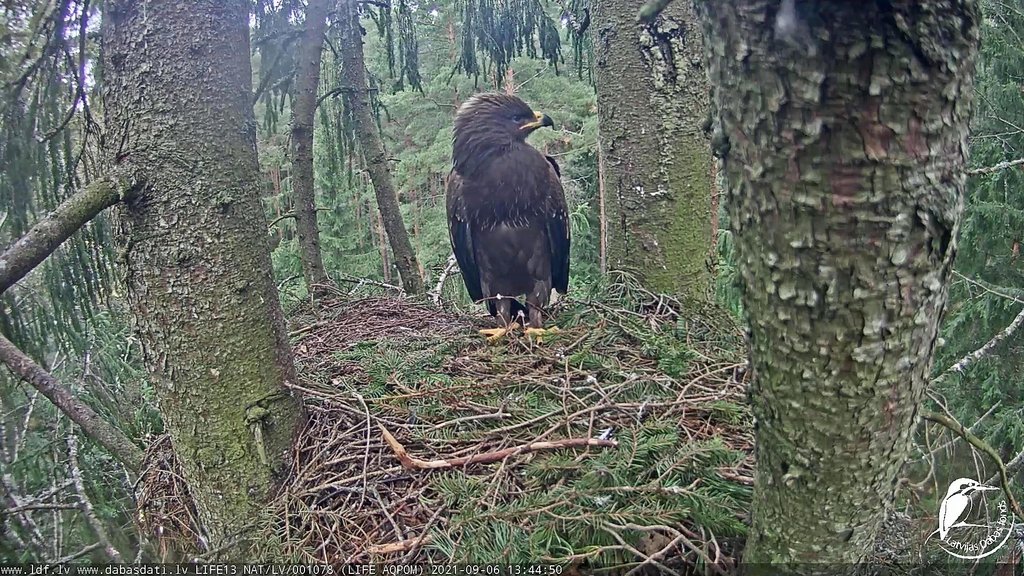 there is no mouse.. 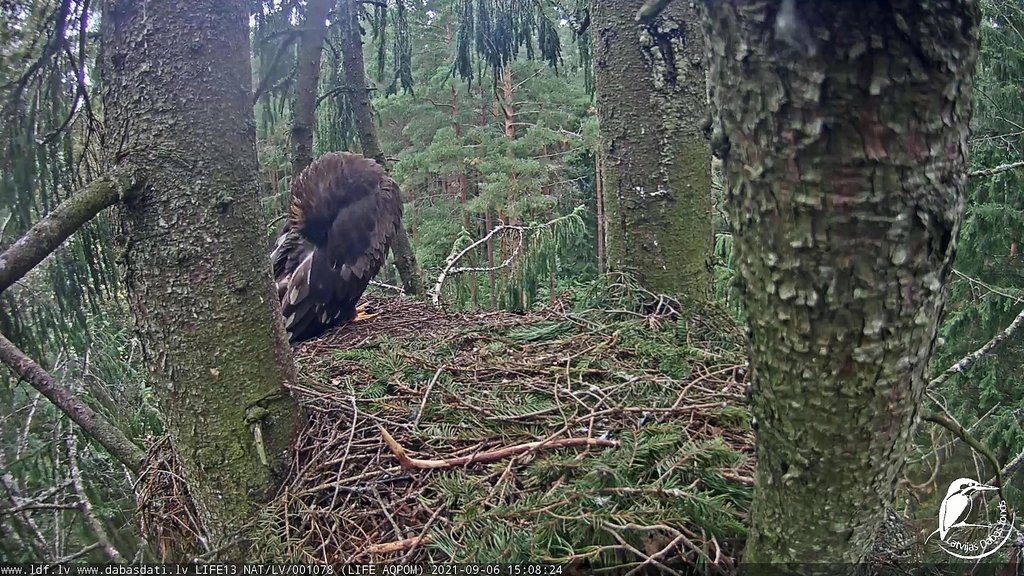 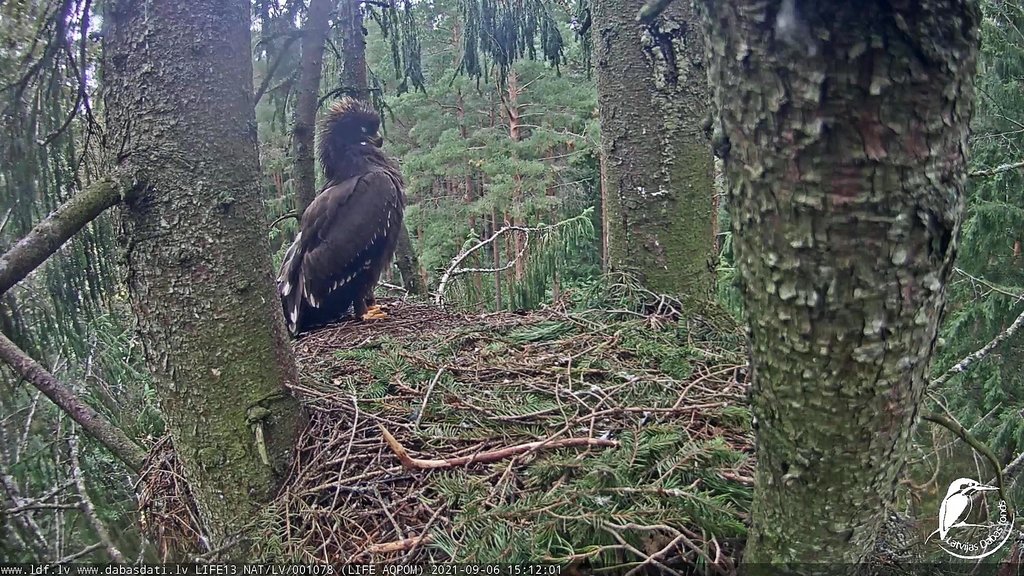 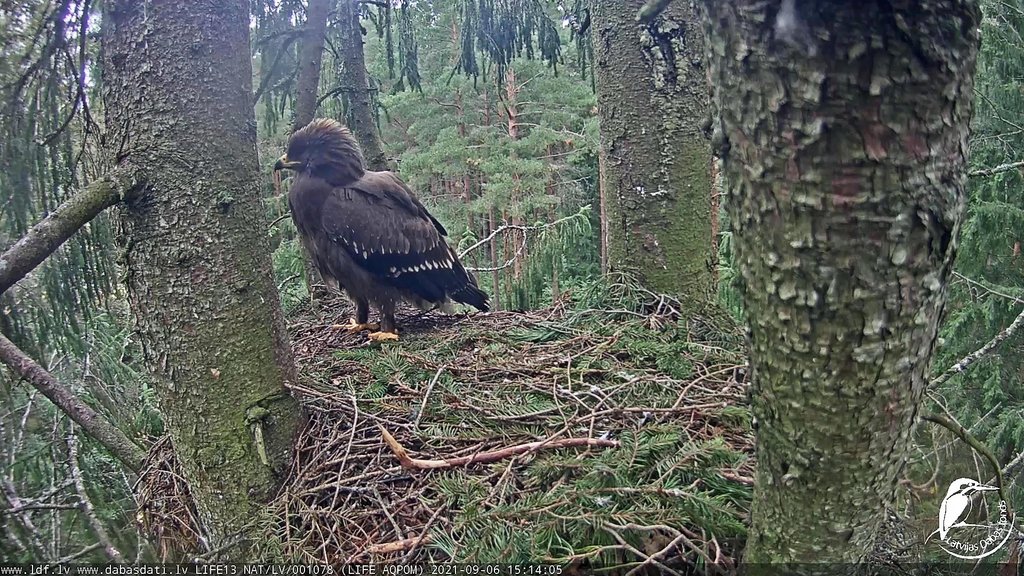 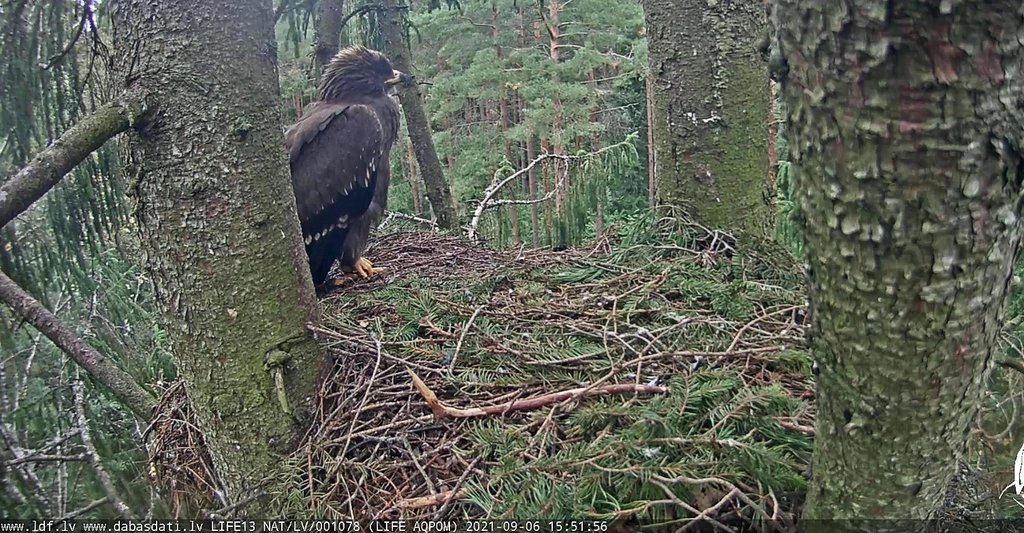 There is someone on the left. A parent? Perle is calling and left the nest! woow.. she flew to the left in front. that's new nearly 19:00 Perle is calling not far from the nest
Top

This sweetie should slowly feel wanderlust and follow her destiny. Perle all have good qualifications - or is she too spoiled?

Had a look and I don't think Perle returned for the evening. Unless s/he "Ninja'ed" in - however, coming or going quietly is not Perle's parade event!
Top

Good Morning Polly, Handbyl and everyone!

Polly, great to see you here. As soon as I have time, I'll read the Goshawk thread. I know. that you did a great job

20:35 Vērotāja, one of the best observers (DD Forum) Also noticed that Perle didn't come back to spend the night on her favorite branch.
I'm a bit sad. Perle is very entertaining

6:42 nothing to hear from the spoiled Perle.
I already thought yesterday that it was her last day at the nest. She spent less and less time at the nest.
Top

6:51 Perle is calling not far from the nest 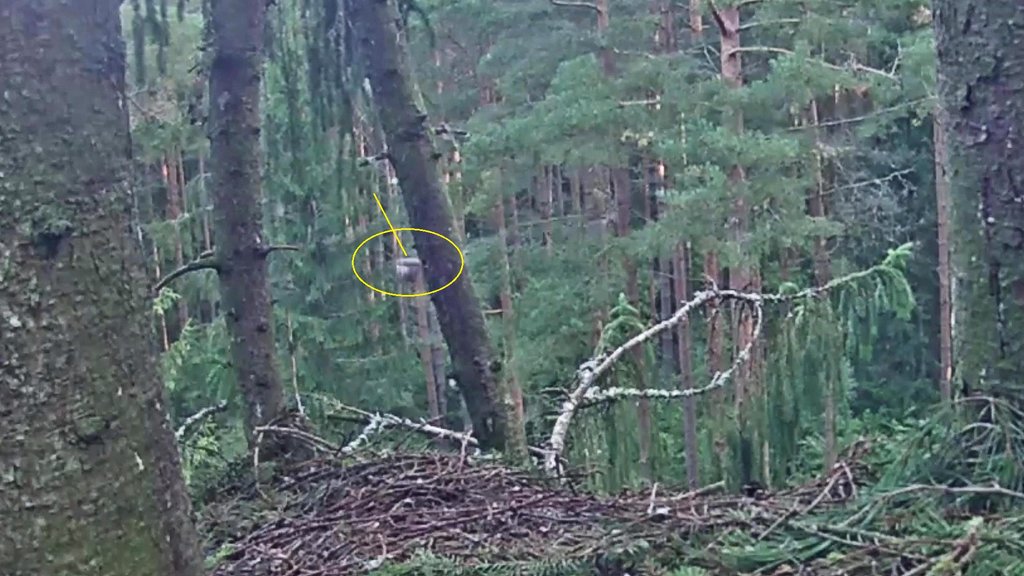 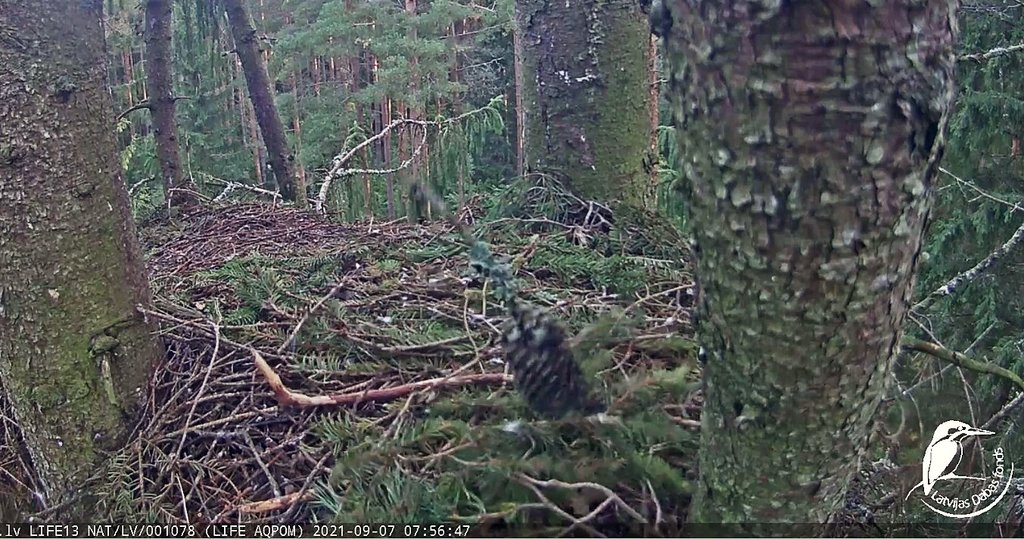 A short visit by an squirrel 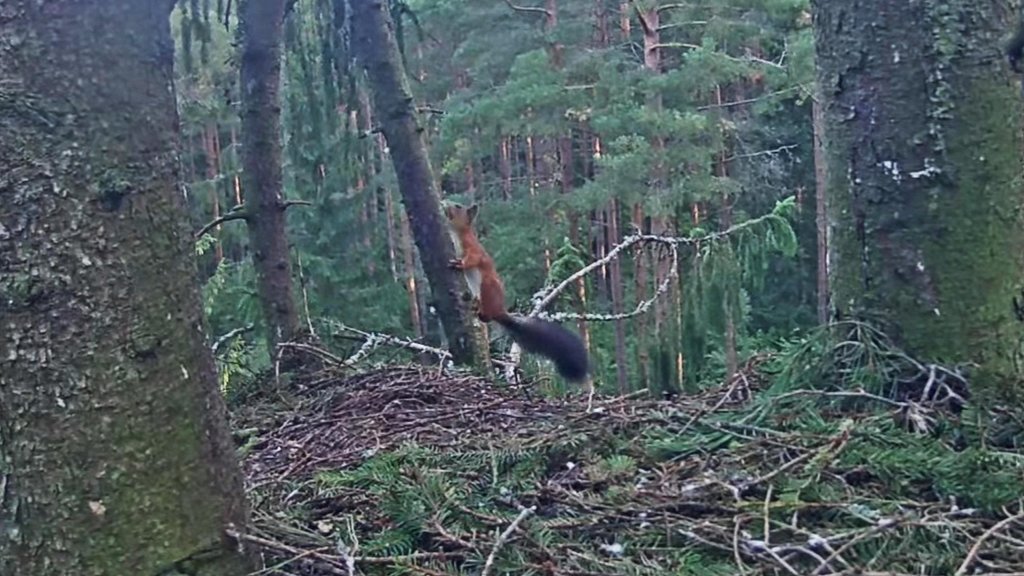 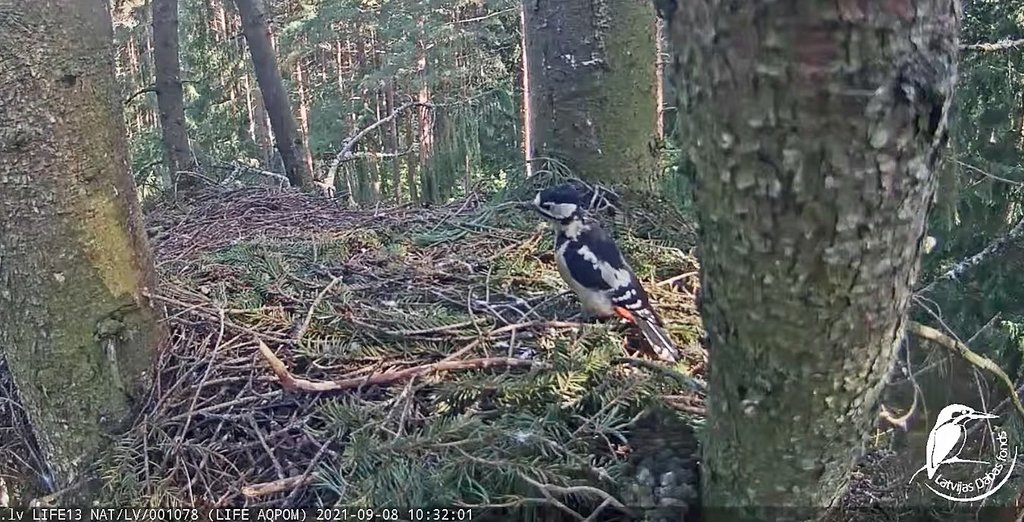 And so it is over, it seems.

Not for our intrepid three eagles and their co-specifics. A long flight lies ahead - working-class all the way.

May the miles be short, the winds fair and the mice plentiful!

Perle spoilt us with so much time on camera. We got to see special moments, and more of Andris and his mighty labours.

Grincs, Namejs and now Perle. My tally on this nest so far, all memorable. Anna is a solid Mom and the Andris' various

Good Morning Handbyl, Pascale and all 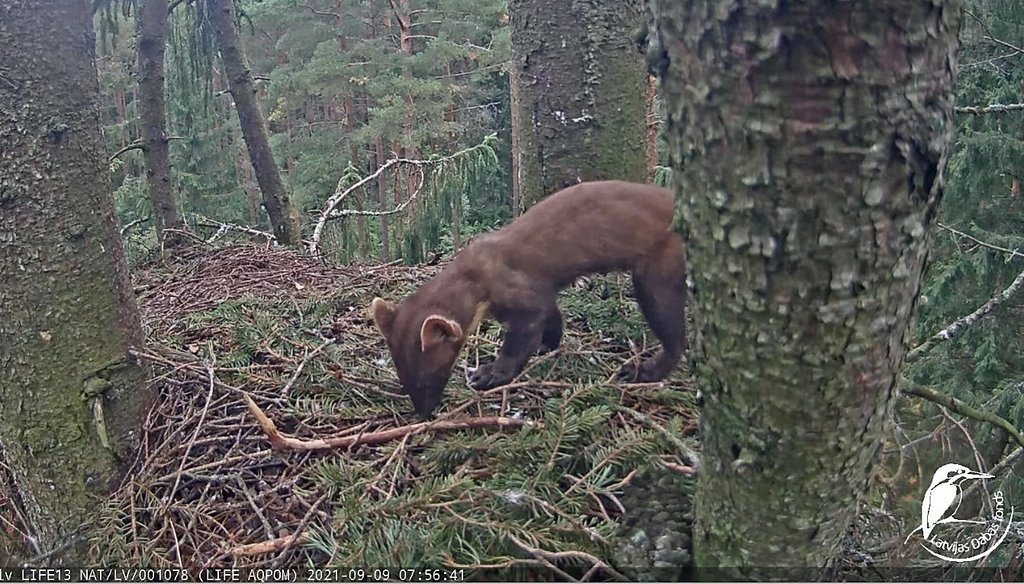 What can I say…
It’s been another great year for Andris and Anna.. I have enjoyed this so much. I love this eagle, she’s full of life and personality

It won’t have been the same without sharing it with everyone here and on chat to share the love, emotions, knowledge. Especially during these troubled times.

Especially thank you Liznm for documenting this season with such accuracy ! And thank you handbyl and everyone.

See you now in a few months !

ps : I made my own tribute - its very long

pascale, thank you very much for the great video!

It's been a wonderful season.
Much better than expected! Pearl was on the nest for so long, it was a great gift. We'll see you again next year. with another little eaglet.

Big thank to you and handbyl!

I thanked Pascale in a PM, and referring to the Batumi Raptor count there: https://www.batumiraptorcount.org/
I rightaway looked it up for yesterday's results, quote (Shuamta,station 2):

Bold = Notable observation (scarce or rare species or large number)
Comments: Not a super remarkable day, but still some nice highlights: Egyptian vultures and Crested honey-buzzards. It was also the first day with significant migration of Lesser spotted eagles and Steppe buzzards. A non-protocol species show was provided by thousands of sparrowhawks, mostly Levant."

So here they go, they are on their way and will soon join their 'flocks'!
Top


There was a project in cooperation between Germany and Latvia to revive the lesser spotted eagle population. From nests with two eggs one was taken out, hatched in an incubator, and taken to Germany, where they were released.
Top

It's been a wonderful season.
Much better than expected! Pearl was on the nest for so long, it was a great gift. We'll see you again next year. with another little eaglet.

Big thank to you and handbyl!

You're welcome - mine was small help to supplement your mighty labours!

These camera's are gifts.

Thanks to Pascale for the video of memories; one forgets the little spectacled lump o' fluff that sat, dwarfed by the nest and parents. Now out and about - a brash, young eaglet heading south.
Top
Post Reply
3677 posts