Like in Estonia, the LSE breeding season in Latvia failed last year. The nest owners arrived and did some work, but did not proceed with nesting.

Even in the year before we were, like in Estonia, out of luck, the egg was most probably not fertilized and was stolen by a raven just before hatching date arrived.

It looks like the Latvian LSE project (http://www.pomarina.lv/) has started into this season with two cameras. This year the both cameras are part of the Latvian Joint Stock Company "Latvijas valsts meži" of Latvian State Forest Administration. Both nest have been provided with a better camera system than during the last years.

This is camera 2 and according to Dabasdati forum situated in the Latvian State forest of Madona. There already two eagles arrived on the nest.
We don't know more yet about the nest and the owners, but will provide information as they become available.

(Many thanks to Bea for finding out the mobile streams!)

German partner of the Latvian projects is again providing a link to this live stream: http://www.schreiadler.org/buehne-frei-fuer-adler-tv/
“One can measure the greatness and the moral progress of a nation by looking at how it treats its animals” (Mahatma Gandhi)
"You can judge a man's true character by the way he treats his fellow animals" (Paul McCartney)

Ugis Bergmanis and his granddaughter have named the two LSE

April 23, 20:32 the first egg arrived - viewtopic.php?p=458215#p458215
“One can measure the greatness and the moral progress of a nation by looking at how it treats its animals” (Mahatma Gandhi)
"You can judge a man's true character by the way he treats his fellow animals" (Paul McCartney)

More information and a topic for the second camera will follow!

Thanks to Lianaliesma for the information!

They are already exchanging gifts! 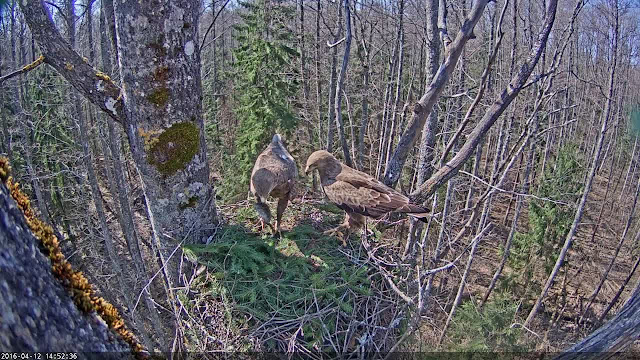 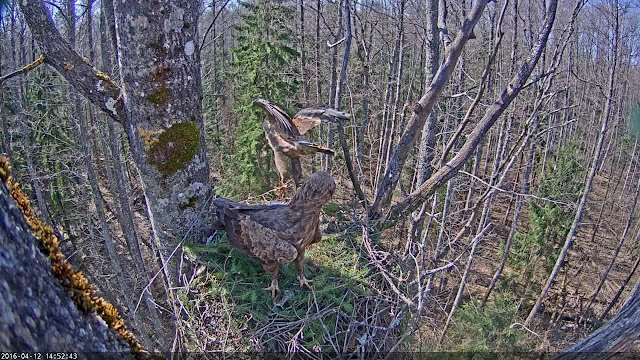 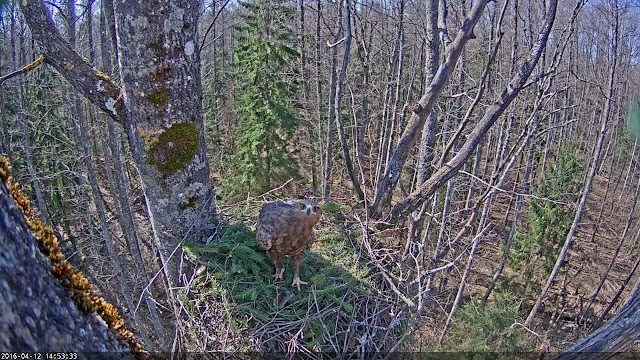 this is so great!
an LSE camera again. they are my favorite eagles. Thank you very much for this thread

hopefully there is in this year a successful breeding -enough to eat, for the eagles and chick 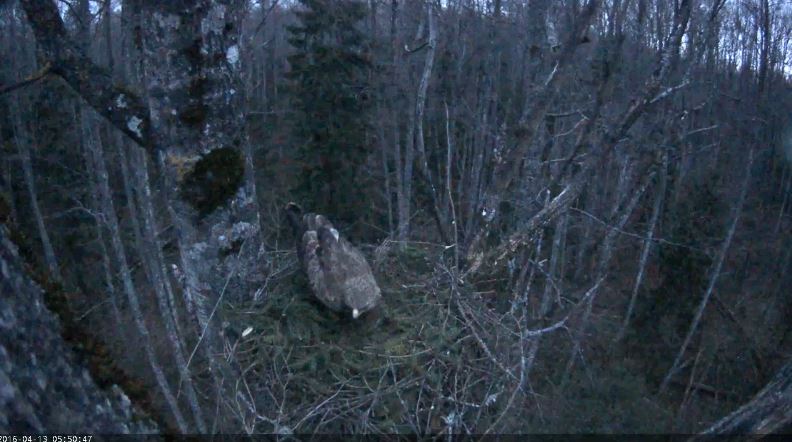 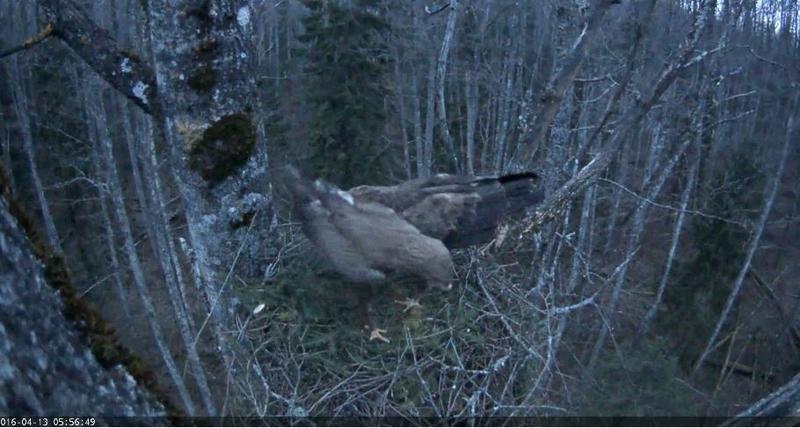 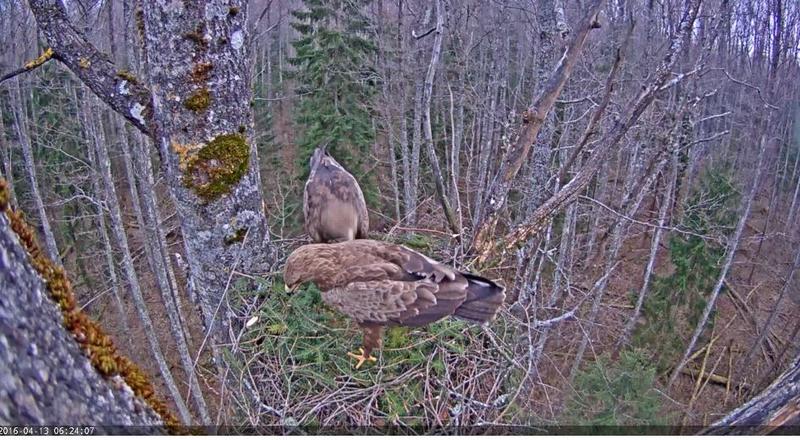 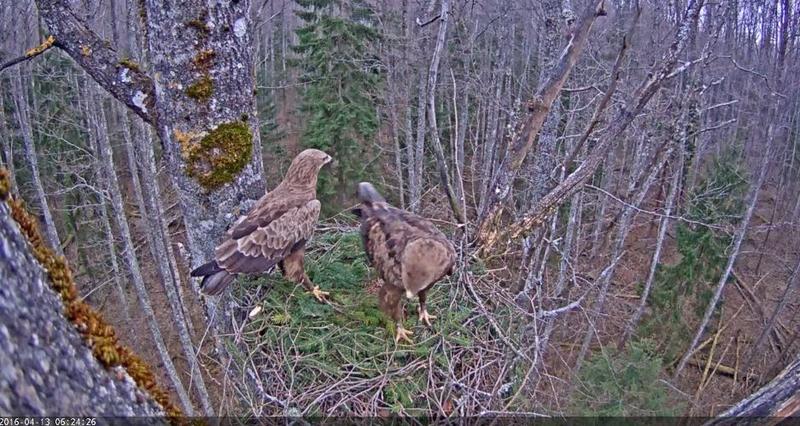 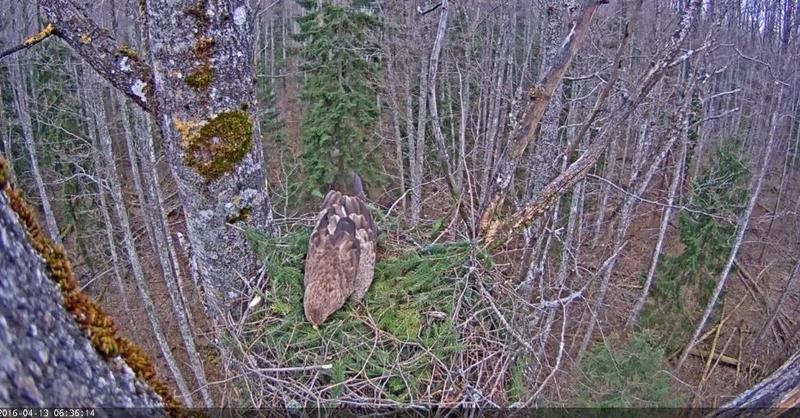 6:43 one flew out
they are so fast! while I was writing, LSE is back with a branch 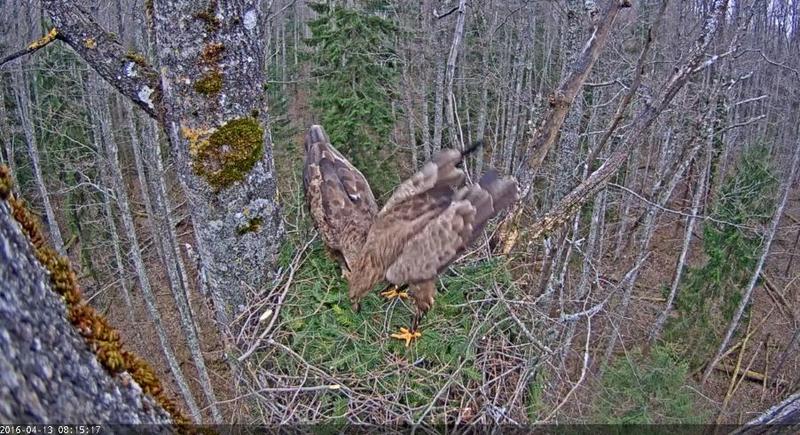 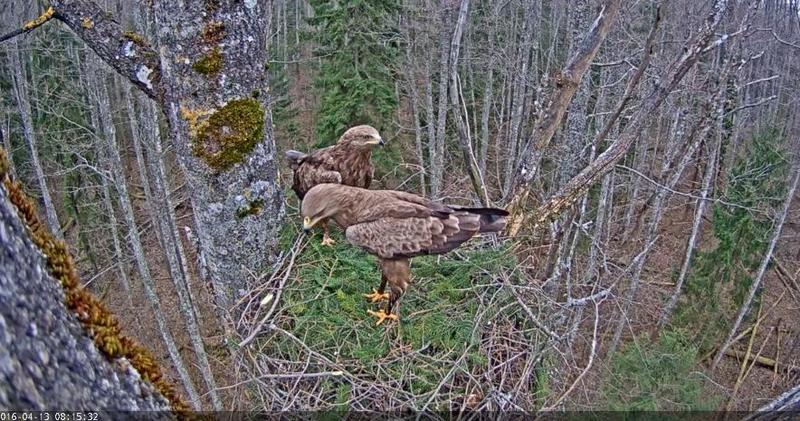 I'm very glad with this webcam

14:34
A wet visitor who caused a lot of protest among the smaller birds in the forest .... 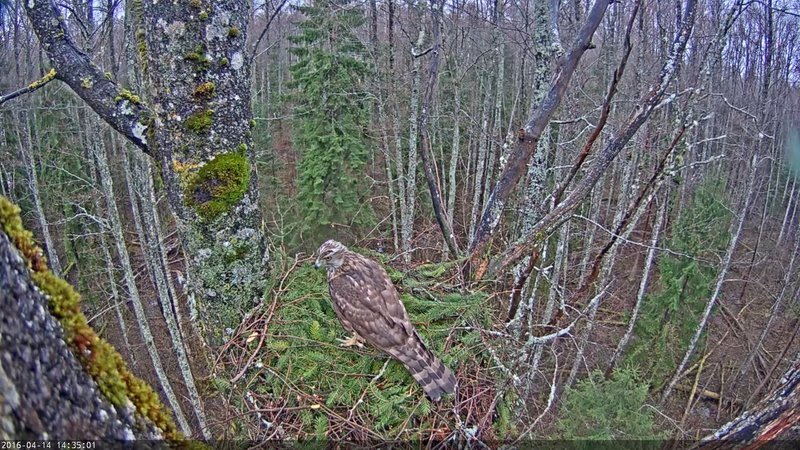 Yes, a young Goshawk (2cy). Looks not very big. Could be a male.
Top