11:56. Both sisters suddenly and at high speed crashed into a nest. First first on the webcam, and then jumped into the nest. 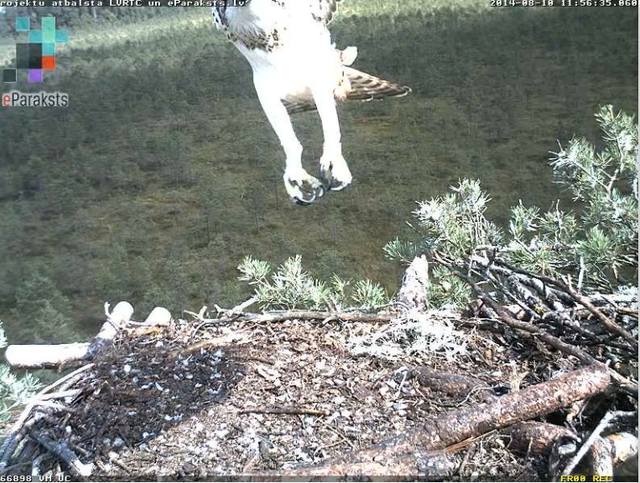 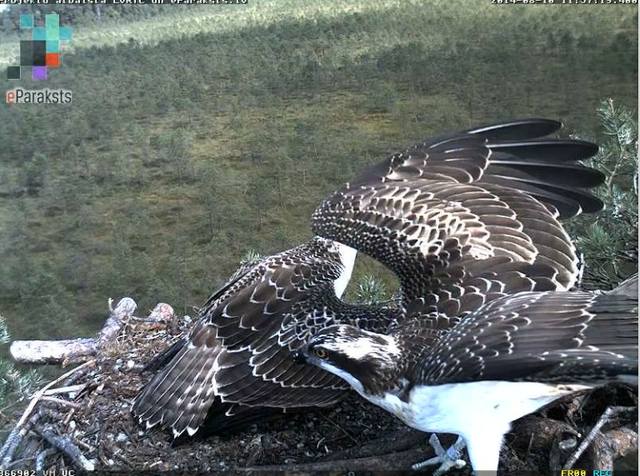 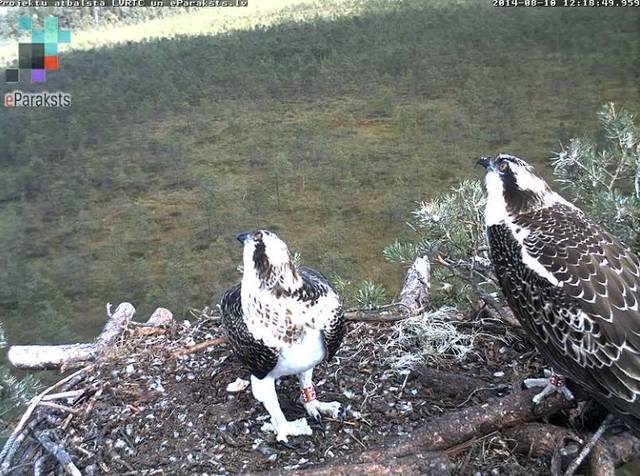 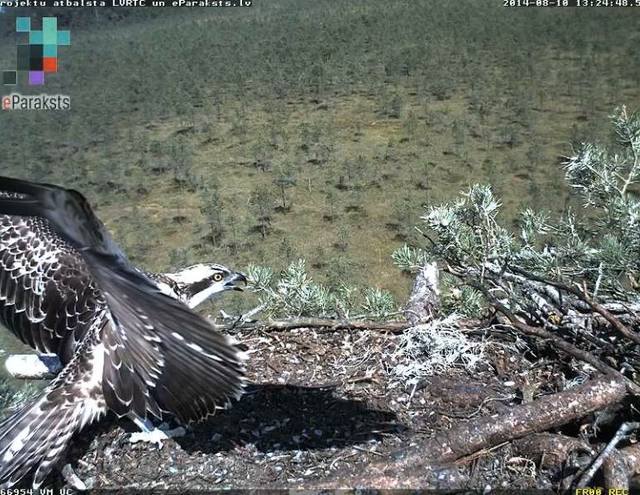 many visitors today in nest, this one don't know 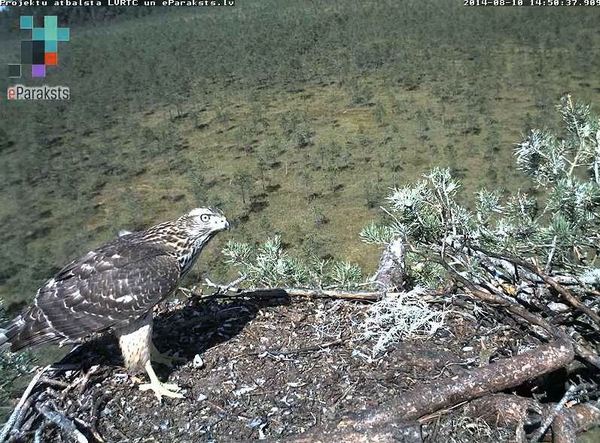 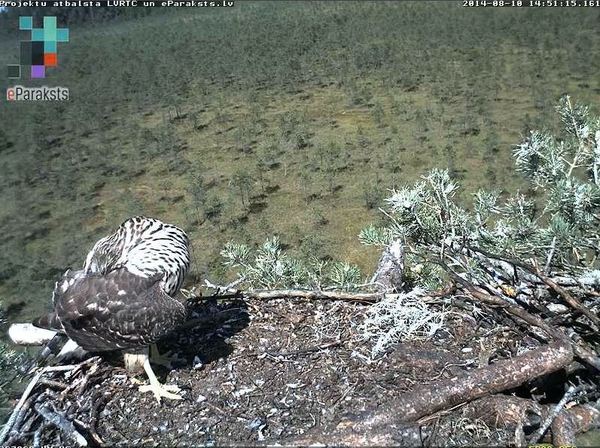 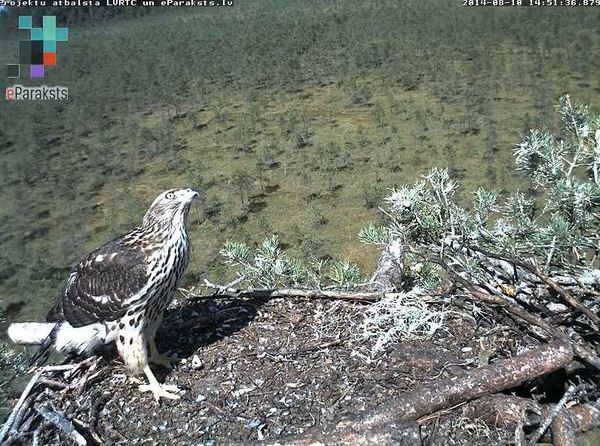 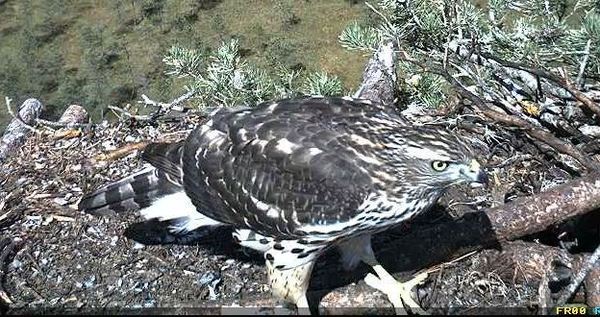 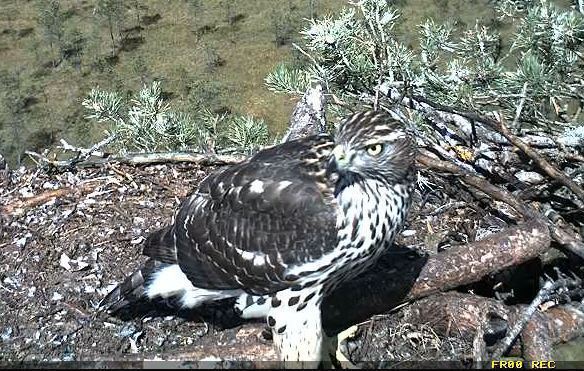 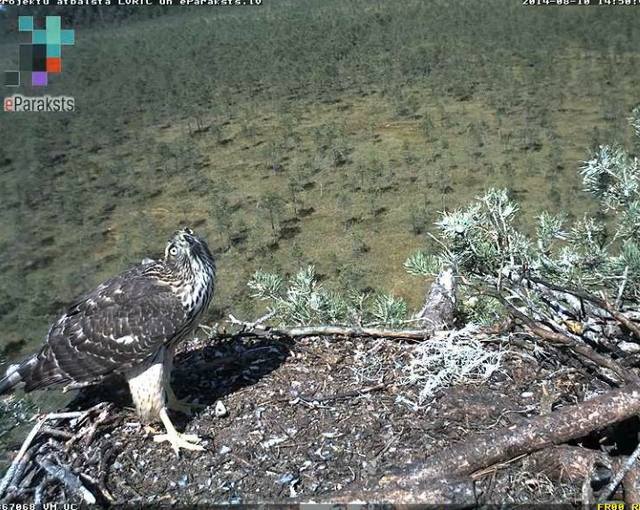 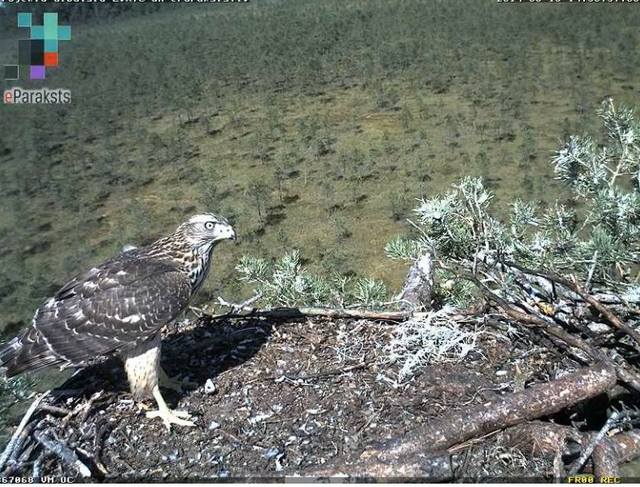 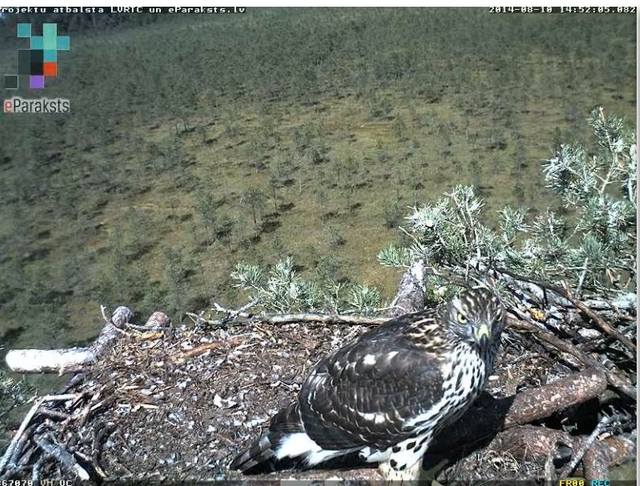 15:05. Some of the sisters for a moment landed in the nest. 15:55. Now Raven flew with the Inspectorate. Gradually Nest loses its function. The Chicks grew, Lauma, most likely headed South... 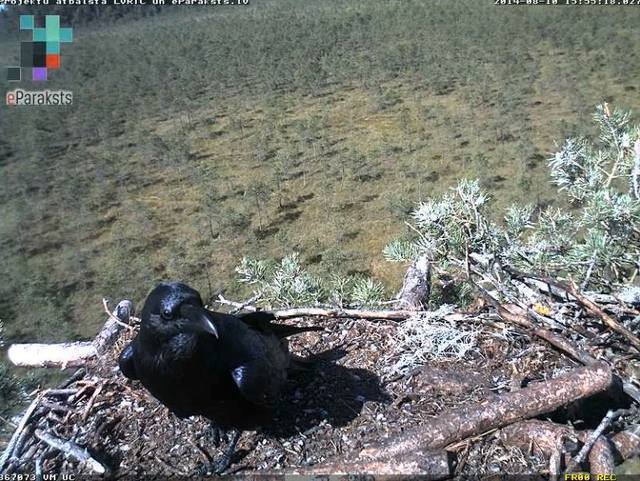 wow, Hawk on the nest and still no fish???

Kukelke - our osprey guru - mentioned earlier that the chicks are now ready to receive fish on branches or perches somewhere neaby the nest - so they don't need to come to the nest for eating any more. I hope so is the case with Snips, too, and now maybe also the sisters can receive food out. Particularly when all kinds of visitors seem to use the nest for their own purposes ...
Top

14:50
Goshawk visit - it was a very silent visitor. No vocalisation.

A nice bird, very much like its relatives the ospreys. Thanks for the recording, Bea!
Top

21.48 It is a empty nest.No fish today in the nest for the chicks!I hope Perkons delivered out of the nest!

Owlie wrote:A nice bird, very much like its relatives the ospreys. Thanks for the recording, Bea!

thanks for the video, Bea!

There is no stream today so far... The time has come where I usually bow out of watching the stream. I hope all the osprets are well and being fed outside the nest!

Goodbye til next year~. Since the Goshawks visit yesterday I haven´t seen or heard an Osprey on the nest so far.
Nature does nothing in vain (Aristoteles)
Top

I think too that Lauma has started her migration. She hasn't been seen for two days now (viewtopic.php?p=339604#p339604).
If we don't see her the next day we can be fairly sure she left. Same for Snips btw.
The weather in Latvia the last days was favourable for migration southwards, with a pretty strong wind blowing from the north-west.

Bea wrote:Since the Goshawks visit yesterday I haven´t seen or heard an Osprey on the nest so far.

Anyway, time has come for us watchers to prepare to say farewell to this special osprey family and wish them all a safe journey to Africa, and a safe return next spring.
Godspeed to Perkons, Lauma, Snips, Snaps & Snurre

@ -Thumper-
See you again next season