15:26 Jays are around. one of them landed on the left branch 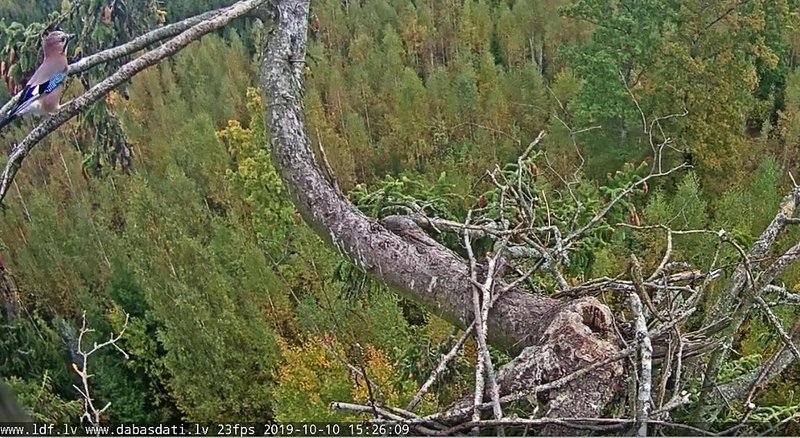 thank you for the observations and superb pictures of the sparrowhawk!

it seemed to me that at least first the crow hunted (mobbed) the sparrowhawk but then the hawk certainly hunted the crow(s). they were so swift and went out of sight so often that it's difficult to see how many there were. probably there was only one hawk however.

then the curious jay had to come high to the nest tree to see better what was going on.

11:27 the crow made some really extraordinary voices. i've never heard anything like that but it was a crow. in the end of the duck-like grr's it made the first phone of the ggnauck-sound. i'm beginning to suspect that a crow is behind those strange voices, too. i wish that a crow (or any bird!) would one day come in front of the camera and sing like that.

the tail with a part of green feathers

the head- I still look for a better pic

the bird dropped at least two cones from the top before she found a suitable cone for her taste and brought it down. then she picked and ate seeds from the cone.


here you can see some pictures:
http://www.luontoportti.com/suomi/fi/li ... ukapylintu
the text is in Finnish but i think you can use some translator.
anyway it says that juvenile common crossbill are greyish brown and stripy all over.
Top

it sounds like raining....
today's playlist (so far)
https://www.youtube.com/playlist?list=P ... pwZSGtzfcM

ame, thank you very much for the videos.
I was not sure which crossbill it was. You can be right. I have not seen in my book. It is often better explained in books than on the internet.

6:44 a tawny owl female is calling

the weather does not look as bad as I thought. Milda and Raimis could work if they want 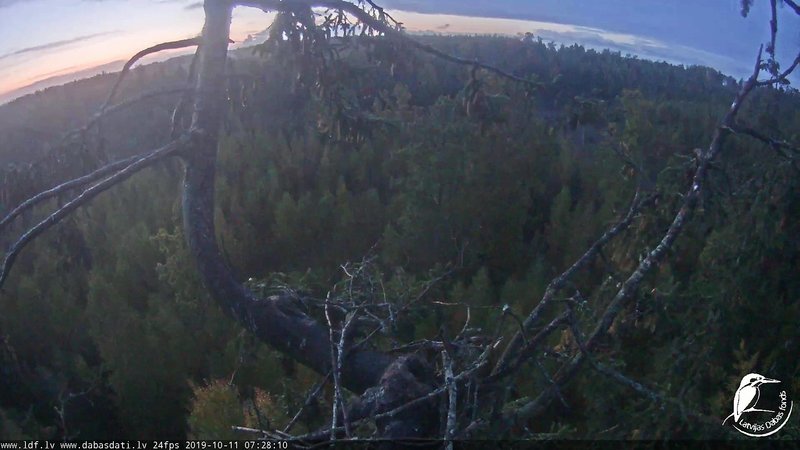 Yes! They can work if they want

Eaglets are not heard for days now... is it really

8:24 strong rain again (It is good for nature and for my BS in the next year

rain, rain, rain... this is no eagle weather.

is this a weather for any bird?
.... i hear great tits nearby. and blackbirds.

i found an interesting detail during last night. it was raining most of the night but at times the clouds became thinner letting the moonlight glow through.
00:17 a tiny spark was lit in the top right corner. a water droplet hanging on a stick collected moonlight and reflected the light on the camera, only for a few seconds. then the droplet probably dropped.

in the top left corner i added an enlargement (x1.5) of the top right corner. 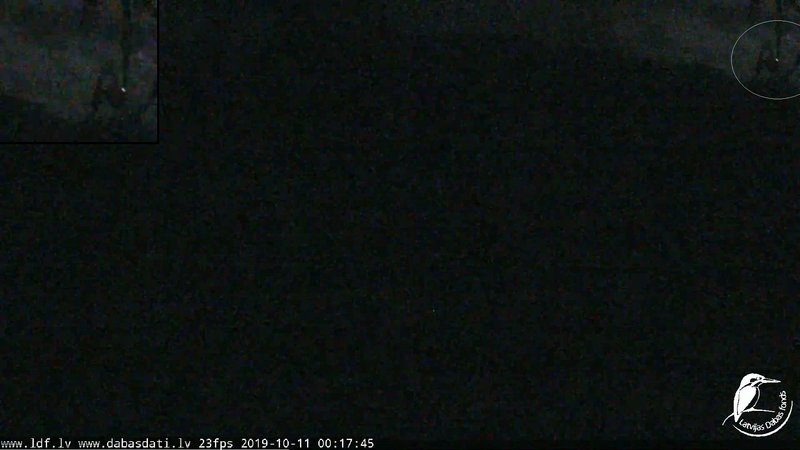 i found something interesting from yesterday evening.
18:21 a big and heavy bird flew to the top.
it was probably an eagle. 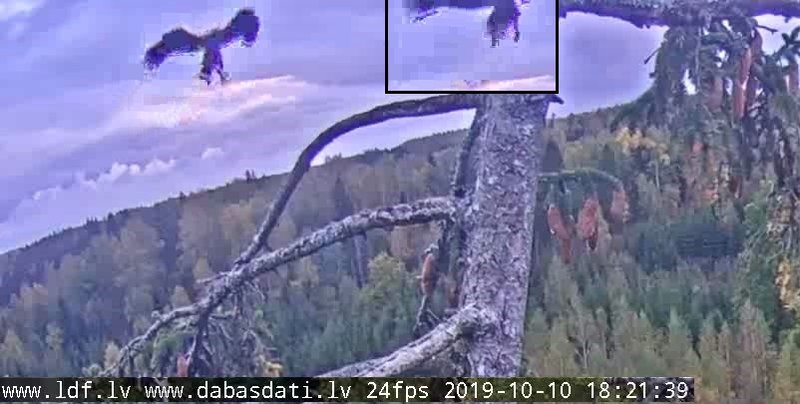 18:24 the bird flew away to the right. i could not get any good picture of it.
the bird said nothing on the top. the crows commented the arrival of the bird but didn't make more noise.

Thanks! To me it looked a young one, doesn;t have to be ours. His legs were hanging and he was smaller than an old one and darker, He was well educated and quiet

I also saw the "blue" sky in the dark night. Didn't have sound, so didn't heard the rain.
Top

12:31 migrating redwings (Turdus iliacus) flew by. one of them flew through the nest.

this picture shows well three distinctive characteristics of the redwing: a white stripe above the eye, a white submoustachial stripe beginning from the lower mandible, and the red underpart of the wing. the red colour extends to the flanks (stomach sides) of the bird so that the red colour of the flanks is seen when the redwing is standing on ground or a branch, not on the wings. 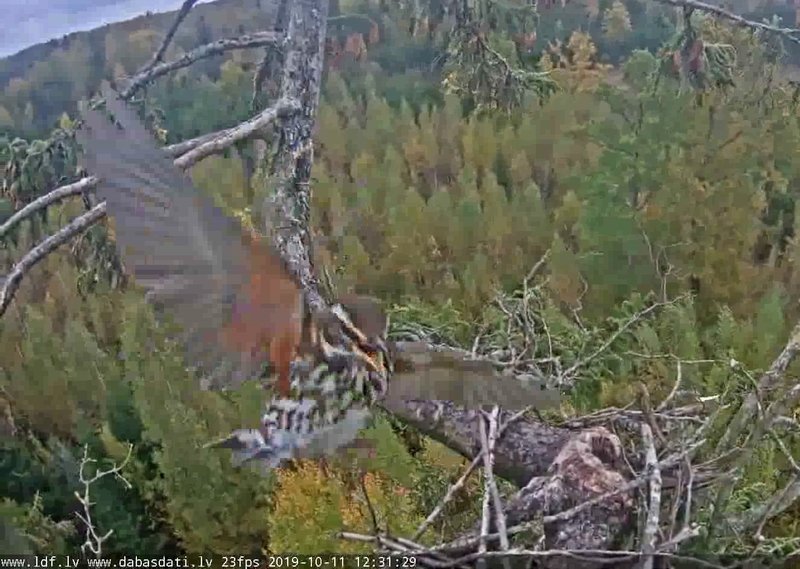 one more picture for the fun of it. 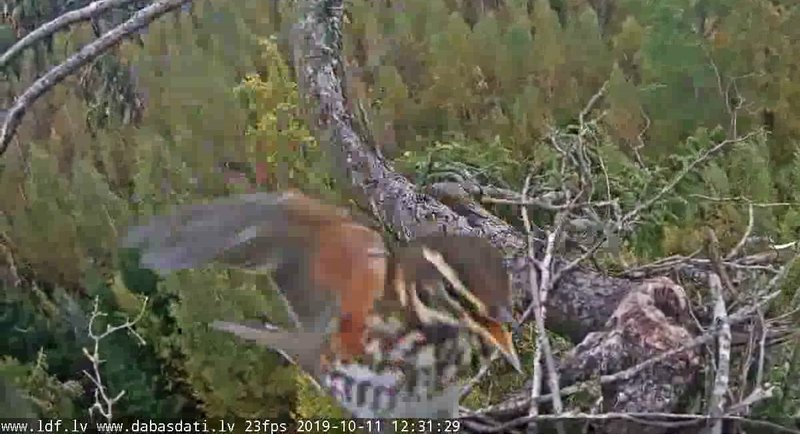 Good afternoon!
Thanks to all for messages!
The day before yesterday on October 9:
7:55


Yesterday I had to look without sound and only till 14:00, approximately. 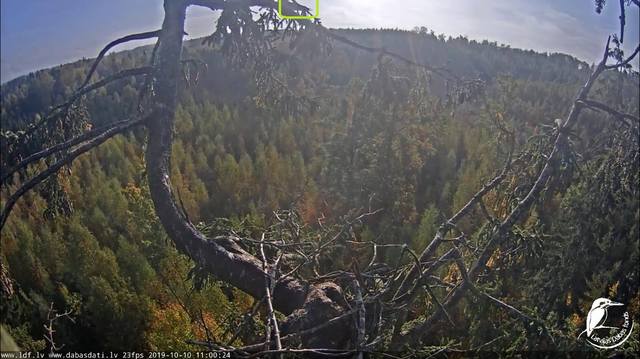 ame, what a great catch! we saw it never before here on the nest

two more pics from the bird. 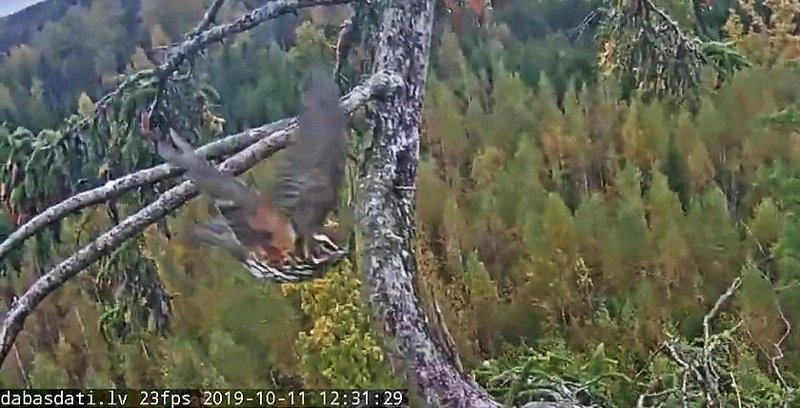 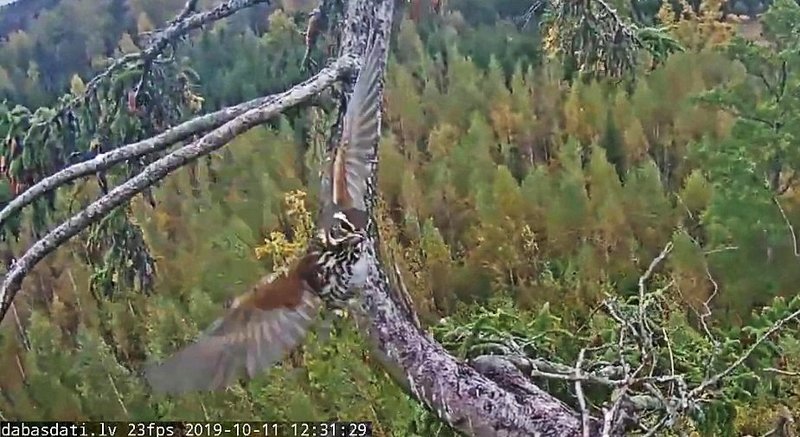 never saw a redwing flying alone, so i took a closer look.
voila: there were at least four, of them. down left the bird sitting on the branch which you both have on your beautiful images. 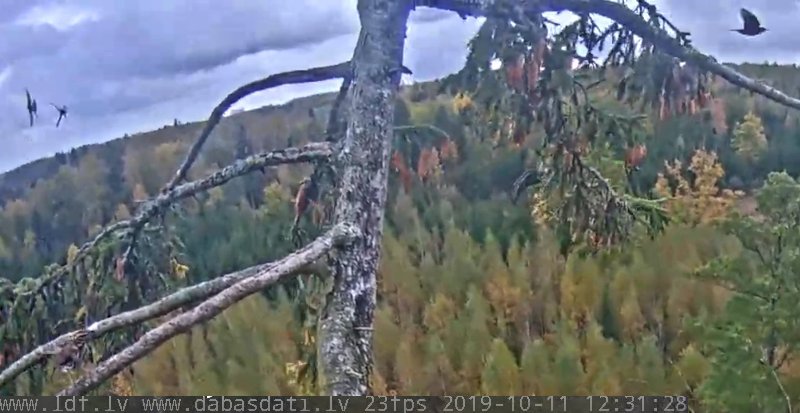 Where are my kids? they have an umbrella?

add another frame
in this microsecond, he thought, to be afraid or not 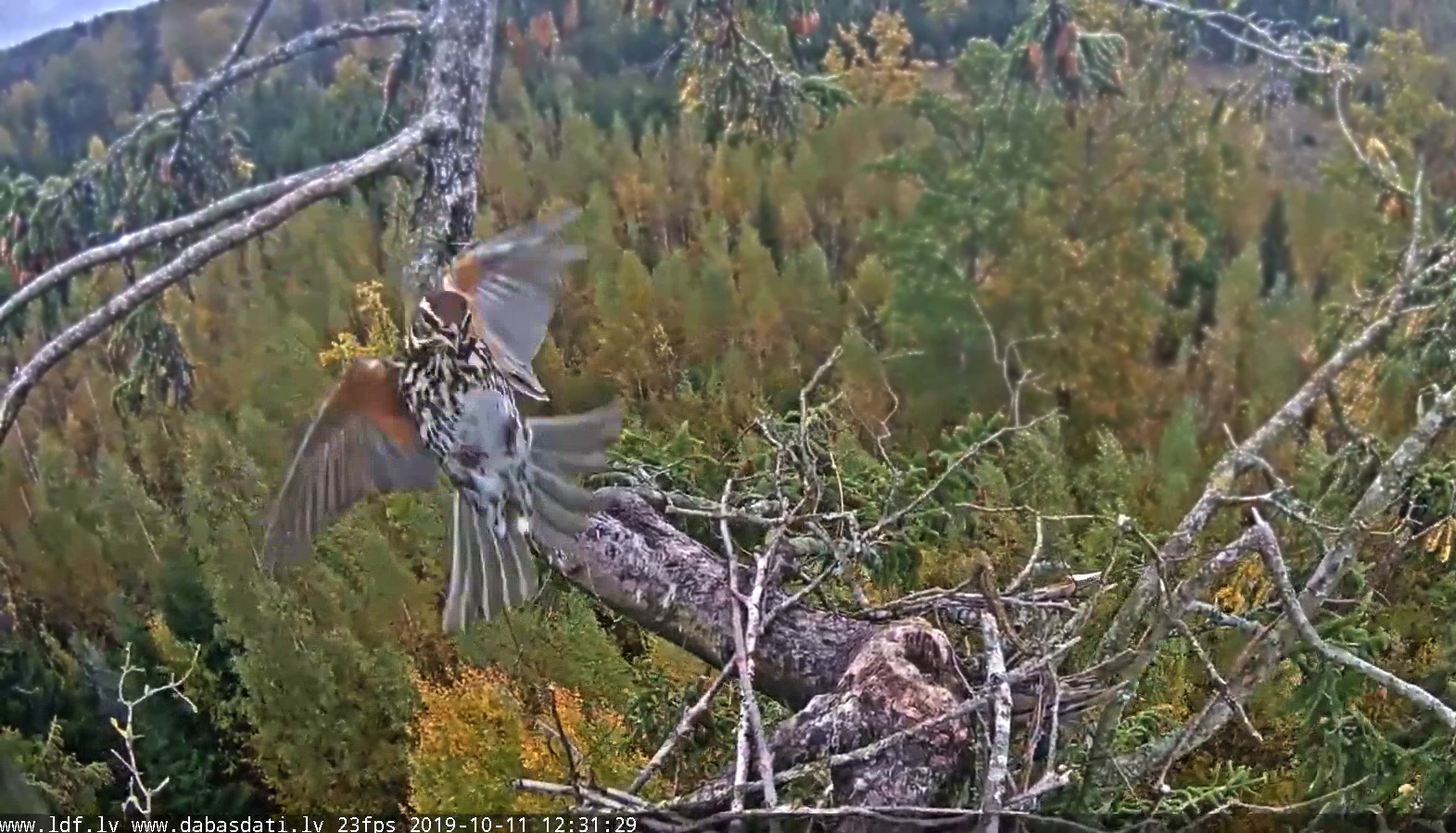