i wonder how long they will continue.

that was perhaps an eagle very far and high in the sky, visible only in a few frames.

it had to be something artificial, a siren of some sort, probably coming from a vehicle driving on the big road.

13:01 a little bird started working and talking downstairs... a nuthatch. there were also voices of great tits and a willow tit.
13:03 again a siren sound with loud car motor noise. this was a "normal" siren this time.
13:04 nuthatches visited. first one on the right branch. then many on the left side of the nest. one long twisted stick that is on the right back side of the nest is a swinging board for little birds.

there's again a rally. that's were the motor noise and siren sounds come from.

15:41 voices of cranes. i can't see them but i can see the tele tower.
why haven't i noticed it before? the lights have been visible for ages, since the beginning actually.

at one point the lights were invisible for some time but then the camera moved so that they became visible again. 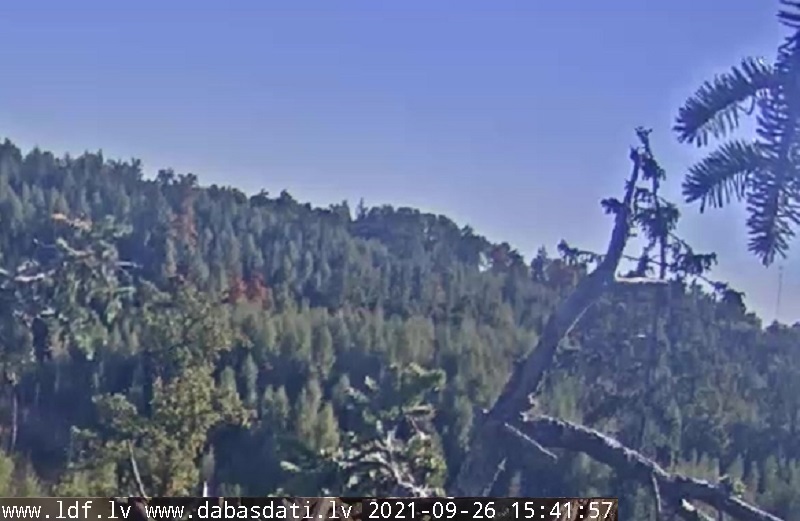 the voices continued and continued... the cranes must be circling around and taking lift of a thermal.

17:24 a little bird flew to a branch behind the left branches. then a great tit on the nest.
17:25 again. then swinging on another swinging stick on the right.

after that the great tit talked nearby.

17:29 someone flew by and then a willow tit's voice.
the willow tit stopped on the poop branch and then flew away.

17:30 grey heron's voices. they (almost) always fly out of sight, also this time. 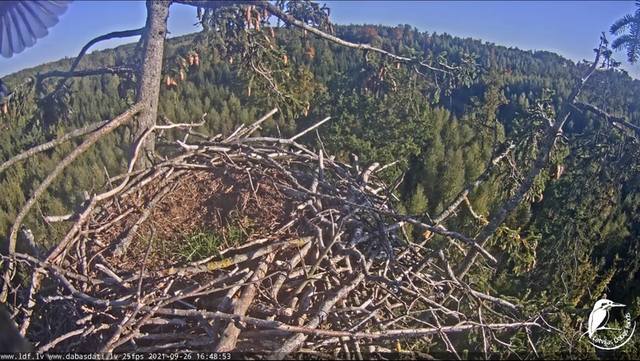 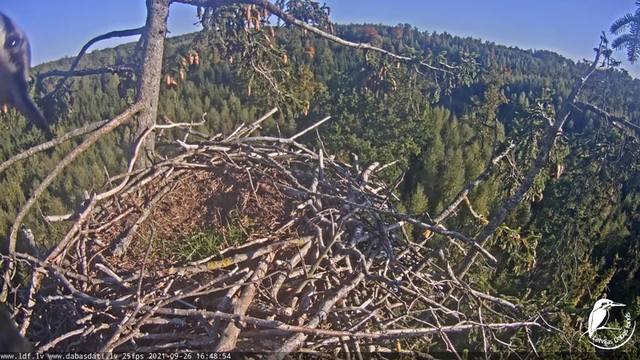 19.27-19.31 a stranger white tailed eagle honored us with his visit this evening

"The greatest threat to our planet is the belief that someone else will save it.” - Robert Swan Obe, the first man in history to walk to both the North and South Poles.
Top

oh woow! a visitor! with beautiful dark eyes. not an adult yet, maybe 5 or 6 calendar years. a male probably.

thank you for the reports!

the bird which Sonchik spotted was a nuthatch.

19:34 a pygmy owl called.
19:43 three pygmy owls called in different places! this must have been a good vole summer.

22:32 rustling.
22:38 - 22:43 rustling for a longer time than ever before. this could have been a visit by a four-legged animal, but unfortunately no voices.