19:32 Crows call very near the eagle's nest.
It's getting dark again
Top

i've got Pontu clips from early today morning.
5:46 Makonite's voice called near the nest... and at 5:47 an eaglet flew in. it was almost certainly Makonite because i couldn't hear Pukite's voice in hte early morning at all.

then at 6:00 someone flew close to the nest and landed somewhere nearby, but didn't make any other sounds or voices.


at 6:03 someone made a very strange call near the nest. did one of the eaglets learn how to sing?


6:12 an eaglet made a more familiar call. this sounded like Makonite.

6:17:50 there was a sound of wings flying away from the nest and 4 s later a flying eagle flashed in the forest behind the nest flying to the left. 6:18:42 there were some eaglet's calls and an eagle-shaped ghost flew from left to right behind the nest. then there were two eaglet's squeaks... but otherwise nothing. strange.

i'm not sure which one of the eaglets came home.Probably it was Pukite. it was behaving in a strange manner altogether: it was quiet and it seemed to avoid getting into the nest or anywhere very close to it. it stood on the low left branch and then flew away... and later returned to fly by the nest but did not land. odd...?

i think this eaglet was Pukite (but i'm not sure). it took the fish on the front right and began to eat.


after the first piece of fish was eaten it took the other and continued with that. at this point i think i saw the double-7 on its ring. after it had eaten enough it got up to the front branch at 6:52.


6:54 it flew away from the front branch. -at some point i also think i heard Makonite calling from far.

7:16 there was some noise in the forest... it took me a while before i understood it was the sound of footsteps. then an eaglet's crying began to come nearer.

there's no doubt which was which: Pukite came first after Sartas and held the fish for maybe a second and then came Makonite and took it. Makonite looked down and Sartas called a little. and quite soon the animal who walked under the nest said who he was: a loud OINK! was heard. it was a wild boar.

Makonite squealed looking left (Sartas was probably there) then she looked and squealed to the right (Pukite?) and then left over her shoulder (the boar?).
unfortunately the boar itself can't be seen in the video.

I can not see eaglets. Whether they are close, I do not know because I have no audio.
It's probably better if I do not hear my ears.... 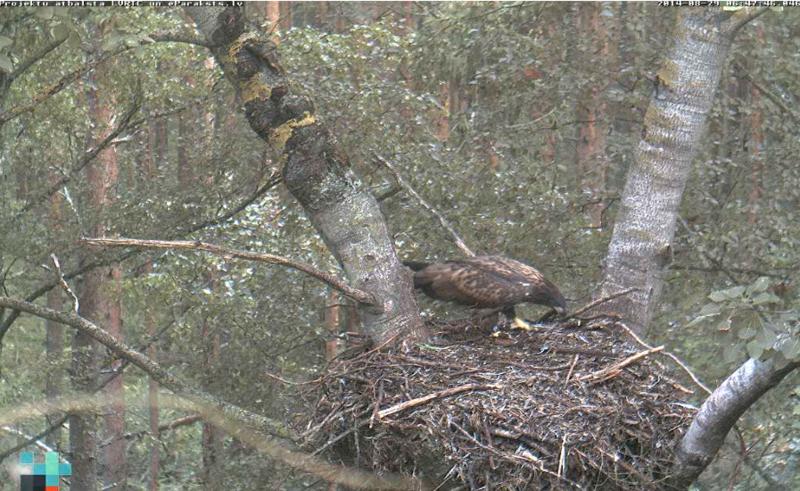 silently flown for me
Top

I think it is Pukite. He studied in the nest for food 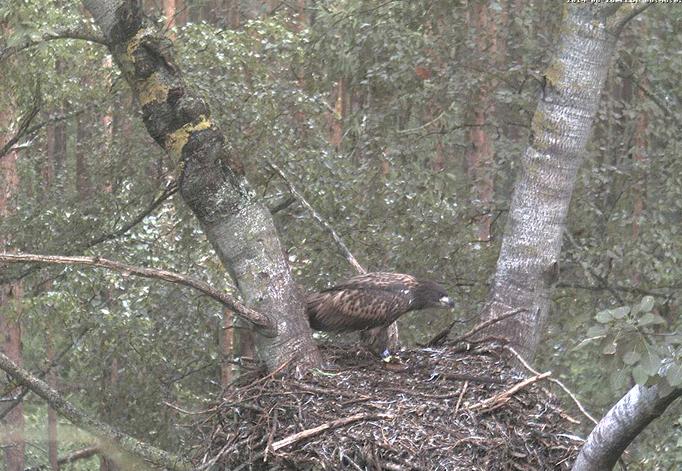 9.05 Seems to me, Mākonīte. Calling for parents with wood... Pukitis voice can be heared near by...

i can hear an eaglet calling rather far. the calling doesn't sound food-related.

- or is it some other bird? i think an eaglet.

i hear little birds' voices near the nest so probably eagles haven't been here for some time.
Top

9.48 Puķītis eating... and time to time talking, not loudly... In the wood far I can hear Makonite whining...

9.51 Pukitis cleaned his beak and then layed in the nest... time to time giving his voice. 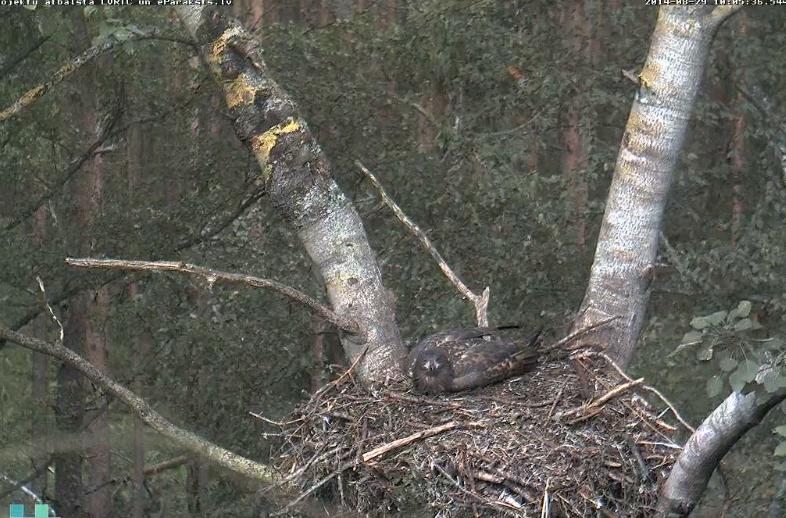 she was looking at something interesting in the sky above.

back down. i suppose it felt a bit awkward.

then she searched the nest a little but overall she looked like she didn't know what to do... then she went up on the trunk.

i checked the Pontu pictures from this morning. it seems that Makonite has stayed at home all the morning since 9:41. then Lubana was on the left branch and apparently she had brought some food which Makonite mantled.

in the next picture Lubana is missing. Makonite ate and at 9:57 she was lying down in the nest.

now she is standing and listening... i think i hear both parents calling very far (12:19). it was barely audible. Makonite was listening to that. 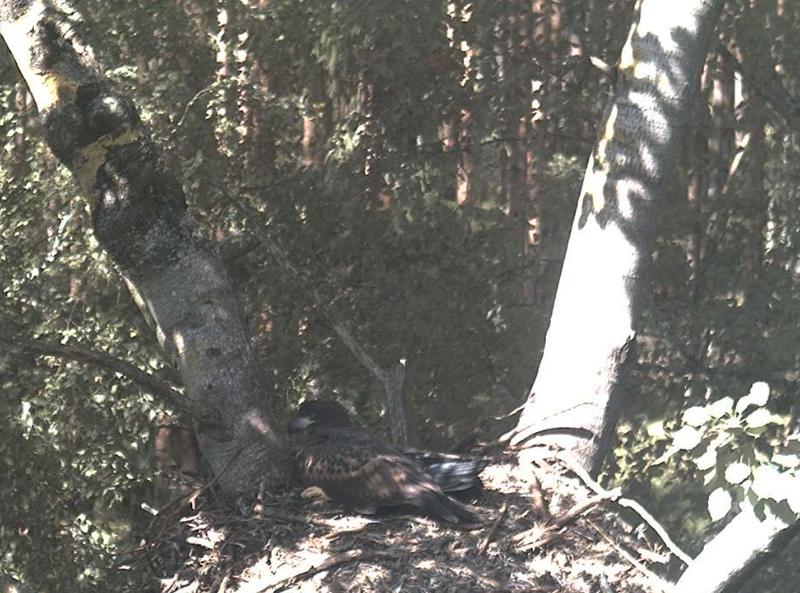 .
*Only two things are infinite, the universe and human stupidity, and I’m not sure about the former.* Albert Einstein
Top

one is home, I guess Pukite 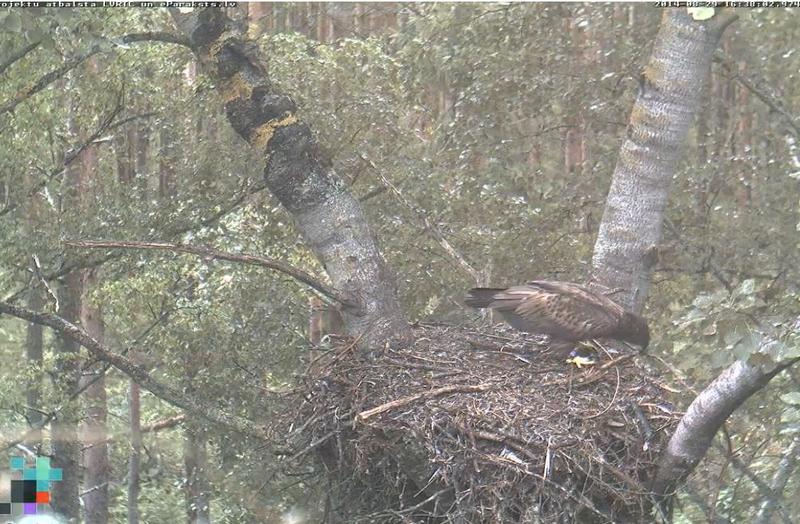