that's when the raven flew to the right side of the nest.

i made a new longer video which has also the arrival. i replaced the shorter video with it. it's on the previous page.

the weather has somewhat cleared.

13:42 two people were walking and talking under the nest. Andra and Digna125 saw them (in the YT chat). Nordri wrote that they had a dog with them, but i could not see a dog.

they sounded like men. the first wore a white coat and was easy to see, the second man had a dark coat and was mostly invisible. he had something white/light on his head. they stopped for a short while and i think they looked up.
after that they started to walk over the meadow to the left to the direction of the swan pond. i lost them out of my sight behind the Sisters. 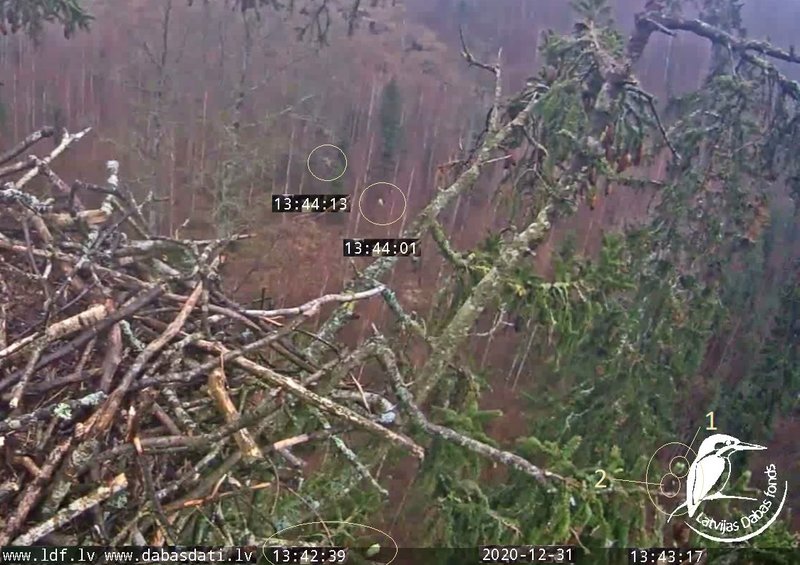 yes, probably two people .. but it is perceived as one person and a white-headed dog with which a person is talking))..Baskervilles
Top

Sonchik made a close-up clip for us.

Sonchik wrote: ↑January 1st, 2021, 8:54 am Video of yesterday's walkers.
It turned out funny. They couldn't get through the kingfisher and turned the other way.

thank you for the close-up Sonchik! now i can see the two walkers much better.

the second animal may be a dog like Nordri wrote, but on the other hand the rhythm of the walking looked like walking on two legs rather than on four.

it seemed to me that he had a cap with a wide white stripe in the front.

we'll be back when it's New Year!

A better year is on its way