Balistar, yes, I remember that you were the first to spot Vita! So nice to see you back again.
It’s also nice to see, Gavril, and I’m hoping to see, Birdfriend!
Everyone has been missed. Deli, Polly, and Shanta, have been doing a great job keeping the forum posted.
And anyone else that I can’t remember right now.

Sorry, I'm a bit late. Had problems to open my recordings, even no pic or no sound ... finally it works

Thanks for all reports, pics and videos 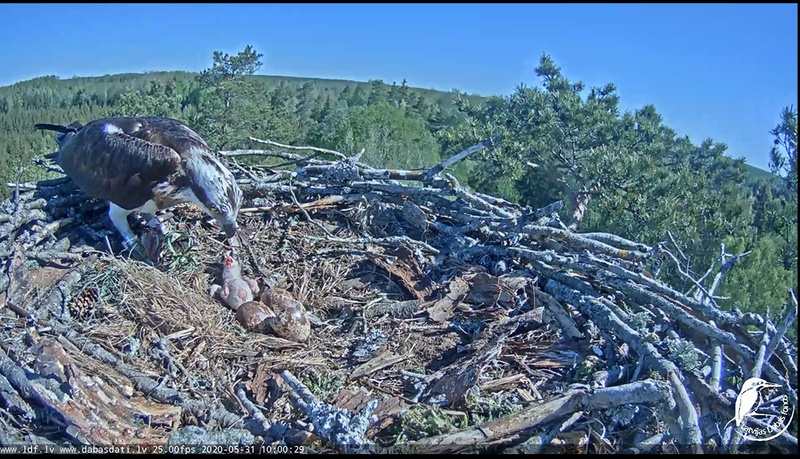 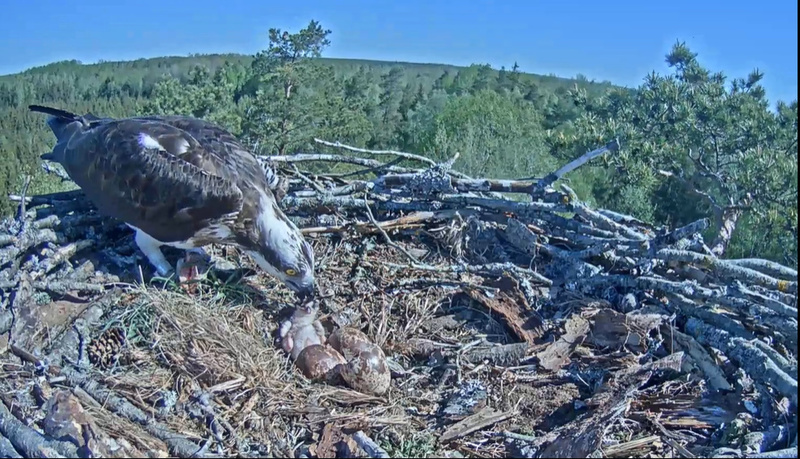 Brave Vita ... While we are happy Vita all feathershigh.

This alone amidst all the dangers 24/7. 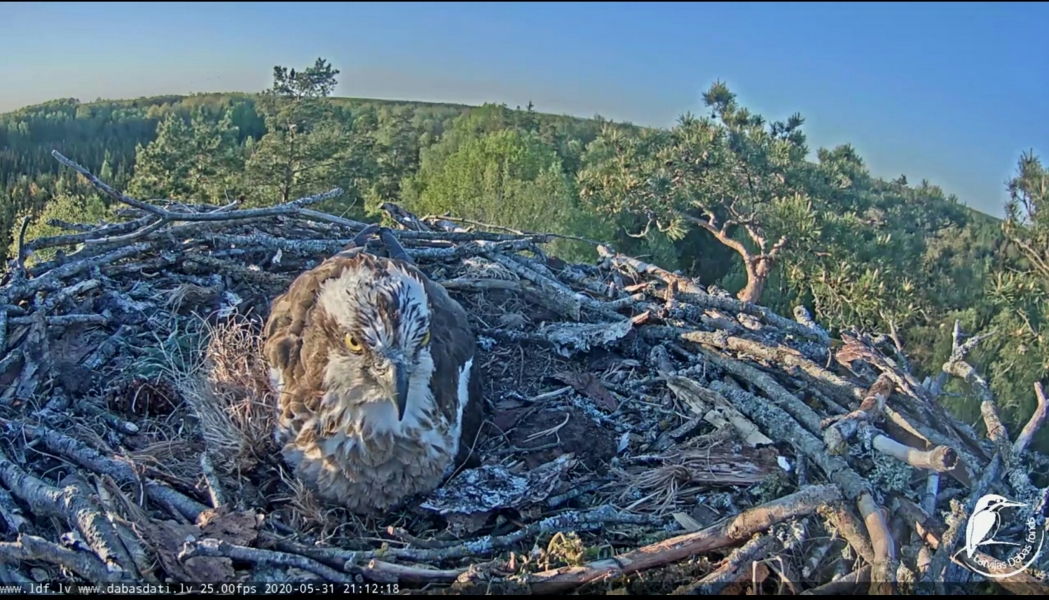 Or do all the feathers up mean that chick number two is on the way ???


I wish you a quiet night. 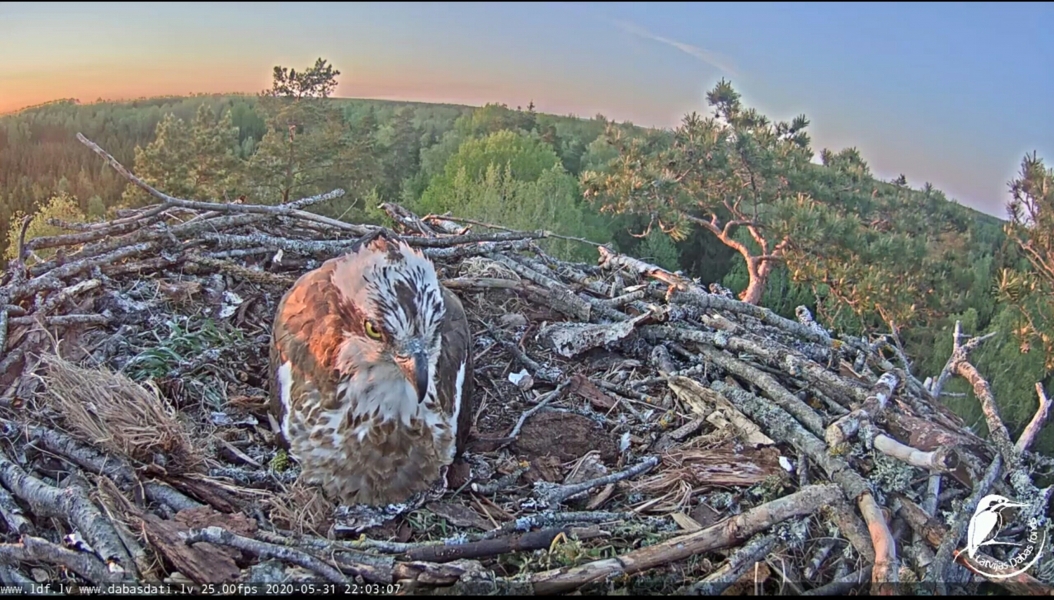 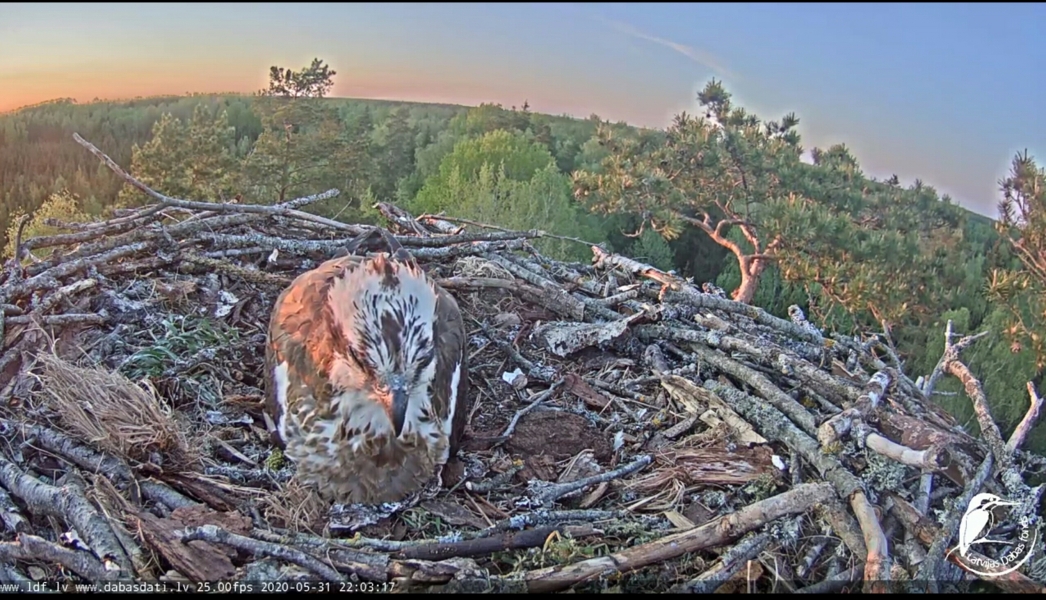 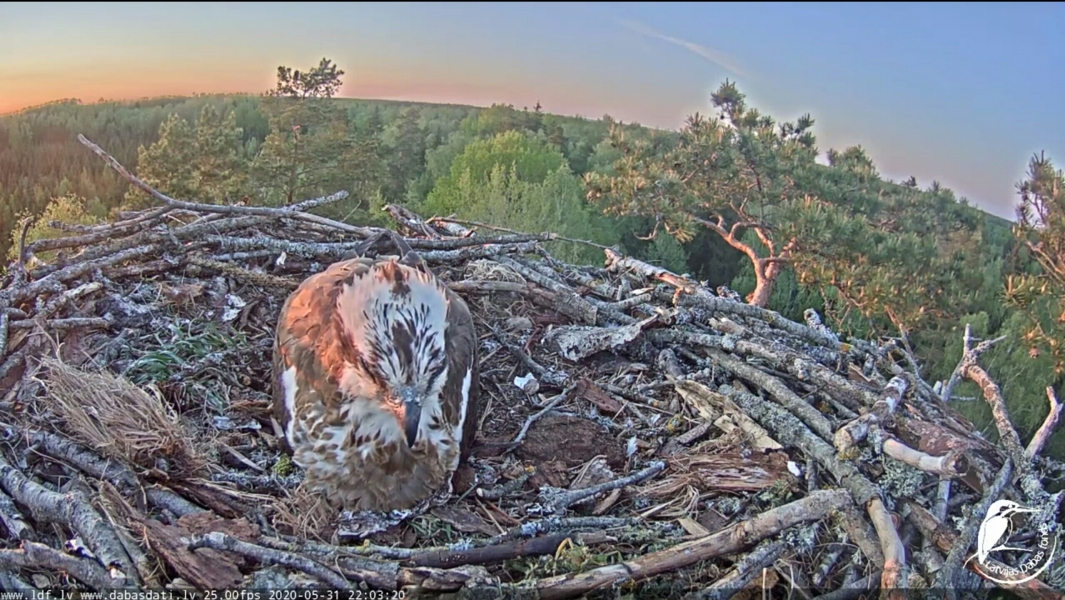 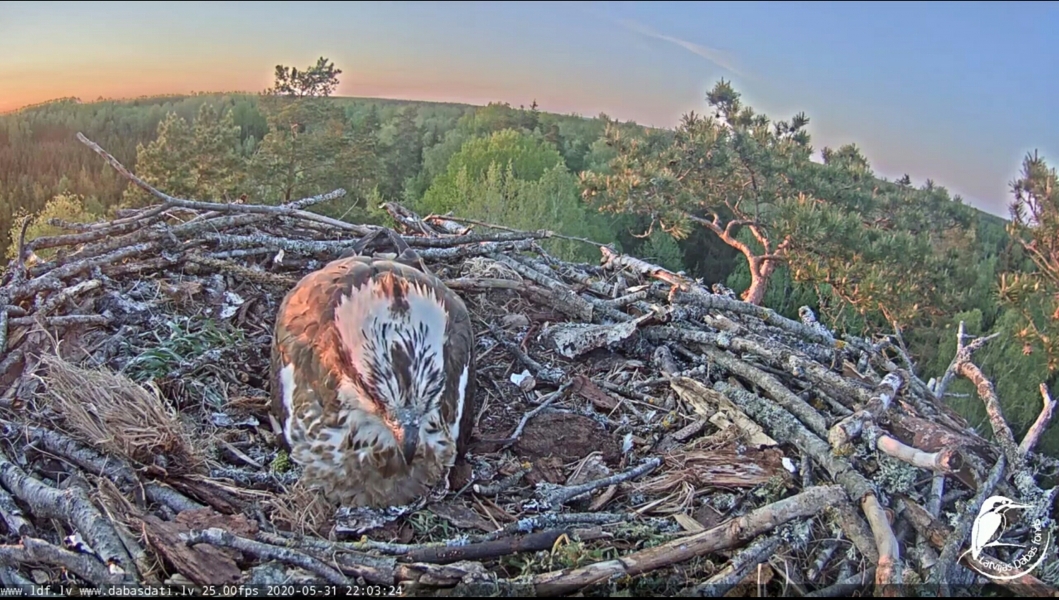 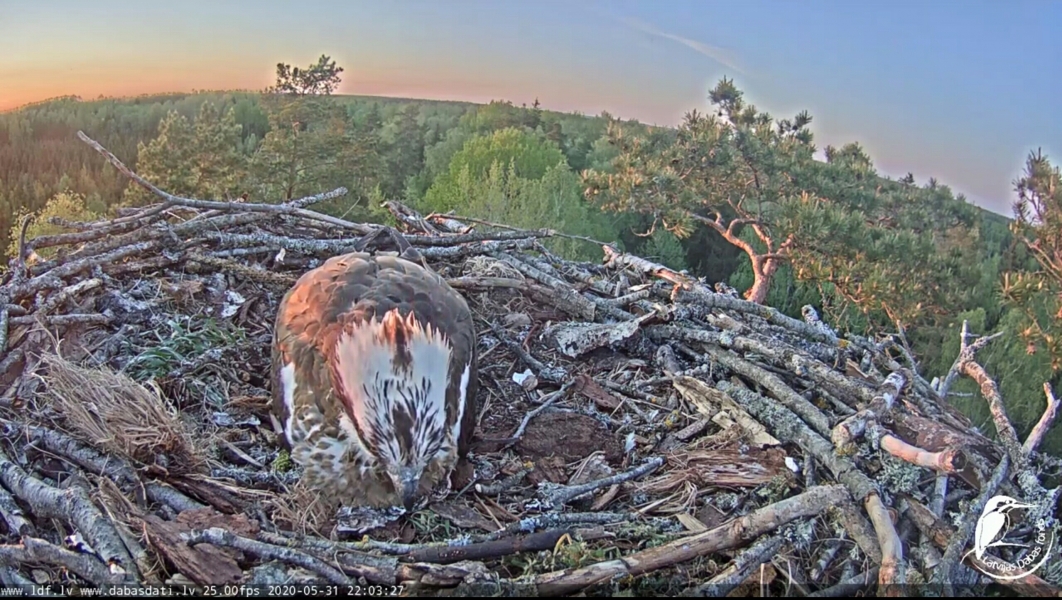 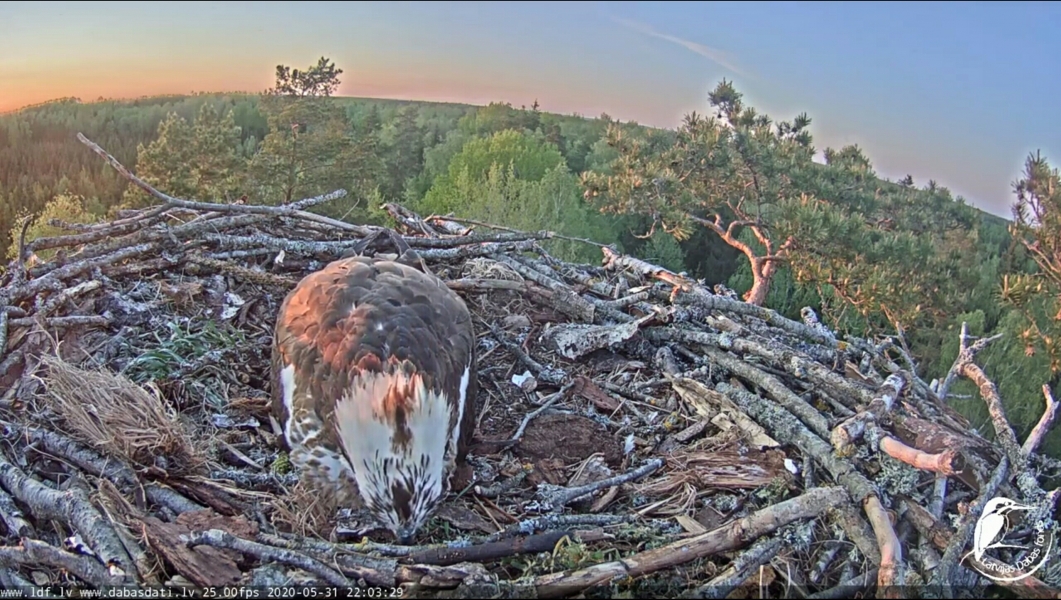 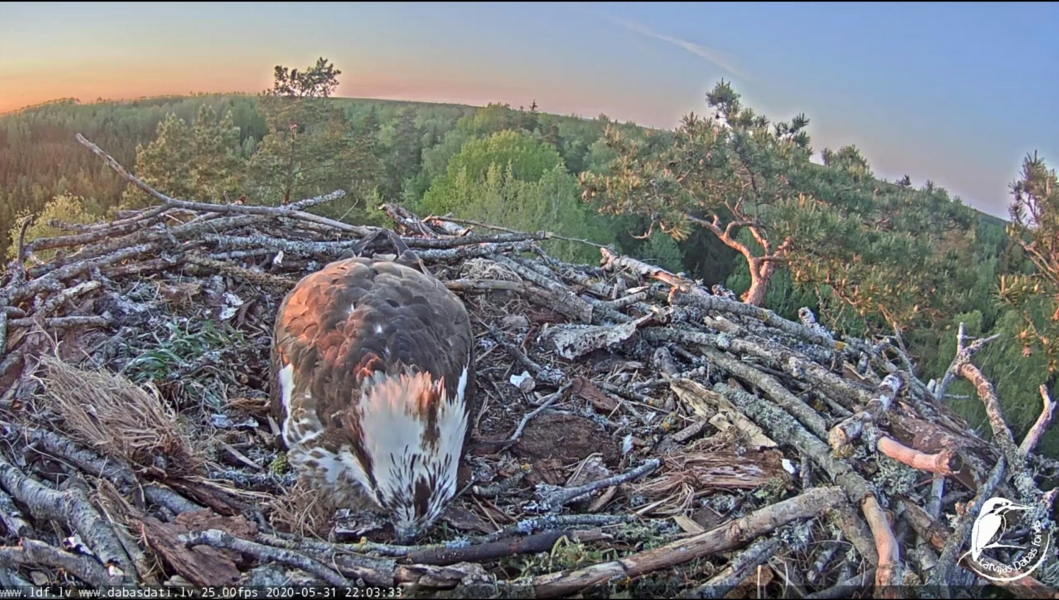 But now everyone in bed. 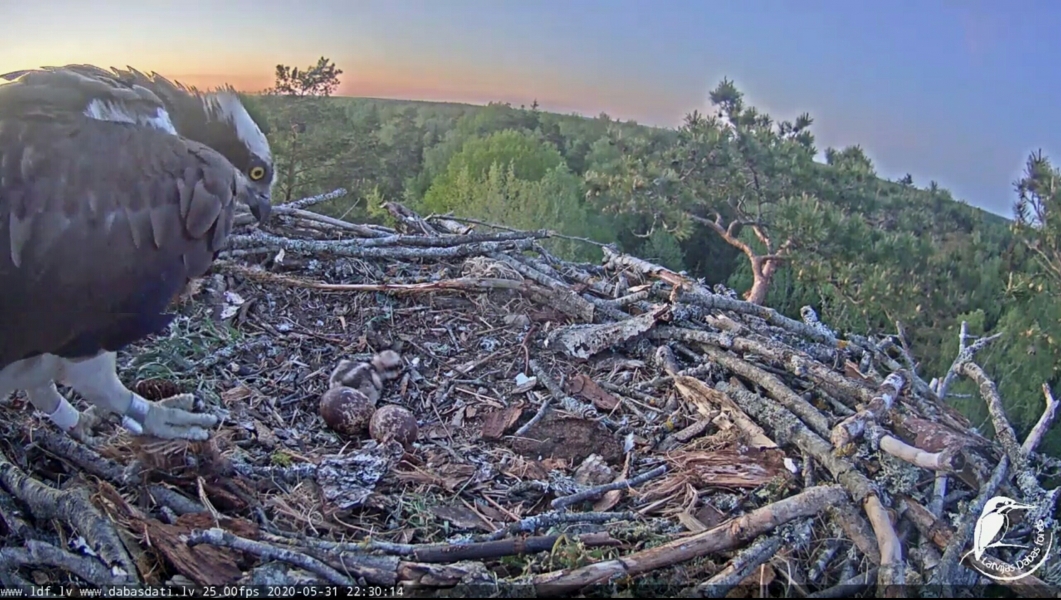 Congratulations for our Vita and Teo.
I am not at home for a single day - and the first chick hatches! Fortunately there are you and I can now read all of them and look forward to it!
Top

Gavril, I could just kiss you!

I just noticed something and without your observation of the visitor I would never have discovered it. 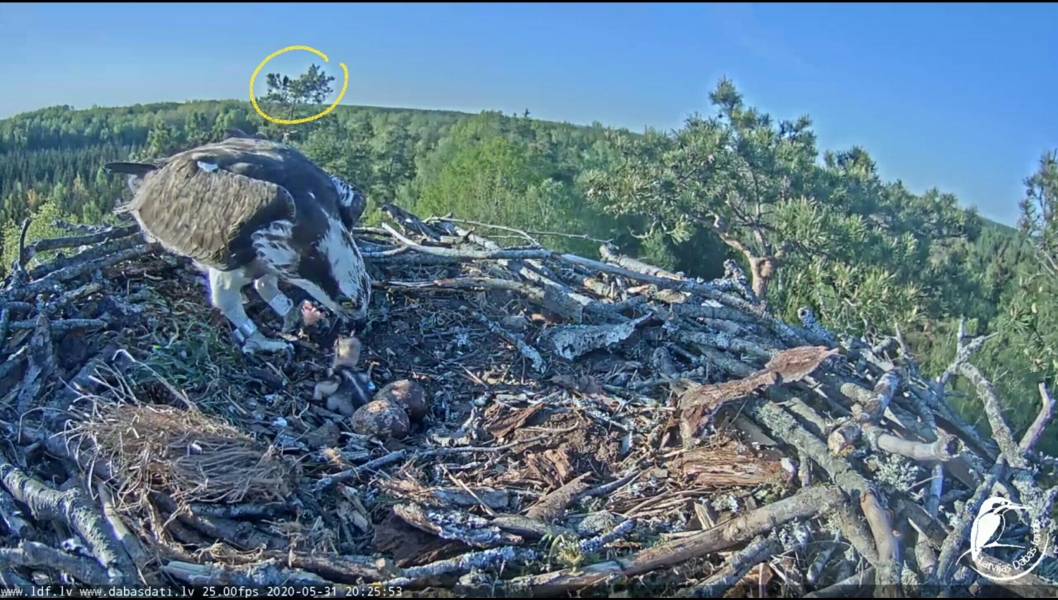 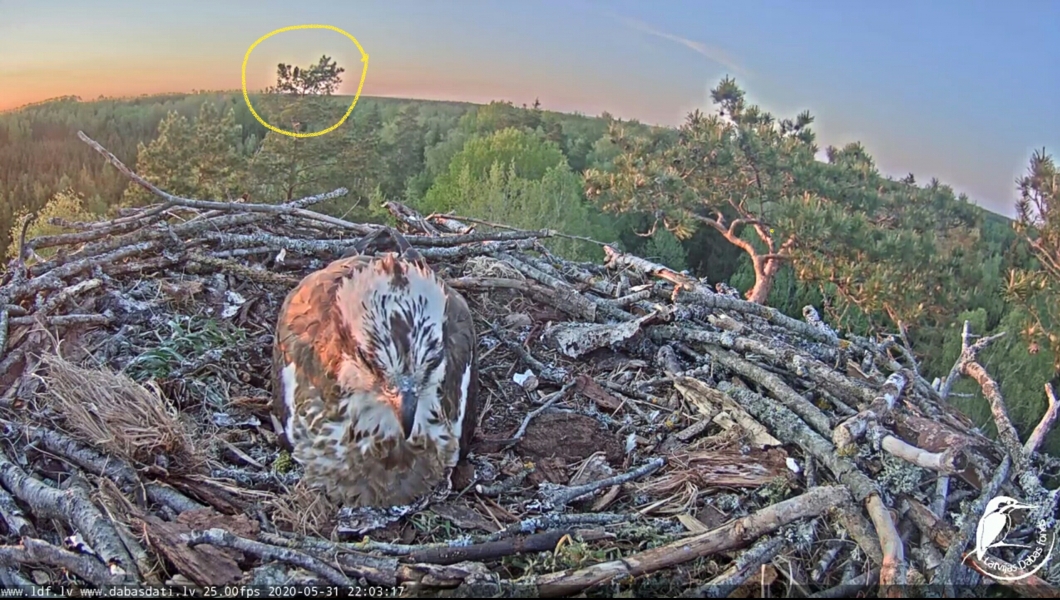 It is the same place where the visitor settled.
We have just tracked down an observation post from our parents.

I never paid attention to it.

Or it is new. (edit:Is not new. I was just watching.

I am currently considering whether to publish these details ....
"Let nature be your teacher."
(William Wordsworth)
Top

Polly wrote: ↑
May 31st, 2020, 11:52 pm
It is the same place where the visitor settled.
We have just tracked down an observation post from our parents.

I never paid attention to it.

Or it is new. (edit:Is not new. I was just watching.

I am currently considering whether to publish these details ....

Hello everyone! This is Teo's tree! 3 years ago, he constantly sat on it when there were chicks. And now there is Teo!
Top

Congratulations to all on the birth of the first chick!

Teo and Vita, you are so great! Strength to you and a lot of fish!
This day we will remember!

Polly wrote: ↑
May 31st, 2020, 11:52 pm
Gavril...
I just noticed something and without your observation of the visitor I would never have discovered it.


Yes! Polly! I understand you. I noticed that, too. And I thought-maybe it's Teo! But Vita was nervous....so not Teo. I also thought about Tina...This place is familiar to her.
Top

14: 35. Teo arrived with a decapitated fish. Vita took the fish and fed the baby. Teo looks back and at 14:43 flew to the "parent pine". Maybe yesterday was a Teo, not a visitor.

I didn't watch today. Just caught a moment ago.

Teo was in the nest just before. He landed, pulled out an older fish as if to tell Vita to be fed. He flew away ... not into the tree and not for fishing. He apparently stayed close because a few minutes later I saw him flying in the background.

Vita got up and took some fish, ate it herself and fed the little one.
Nice to see that Vita merges very well and confidently in her new mother role. Nobody (few) would have thought that a year ago. 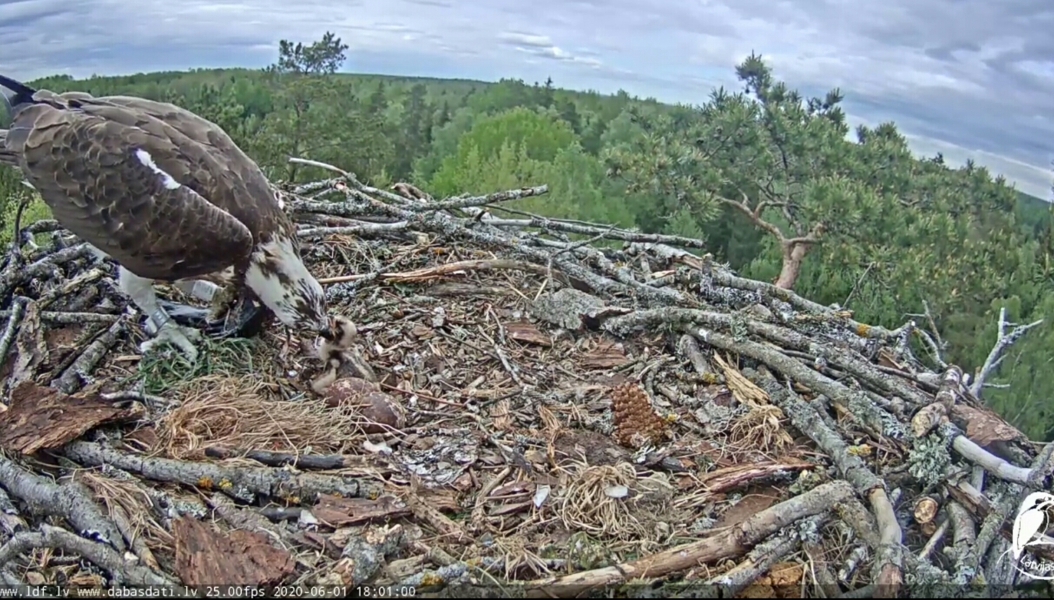 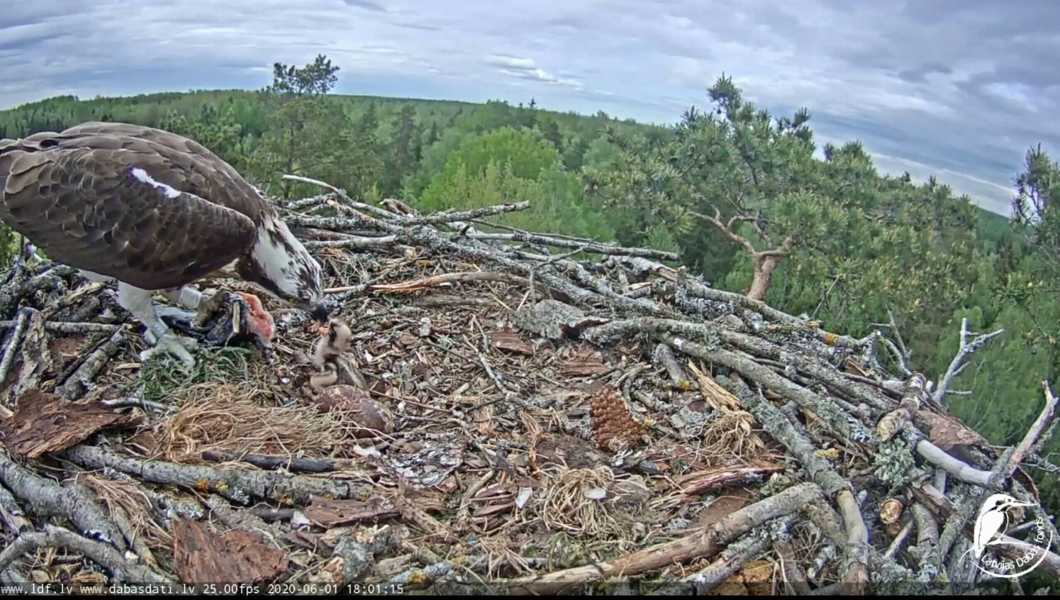 18:08
In the meantime, the baby had laid down again, but then accepted something from Vita. Vita circled the baby and the eggs, sorted the bark and covered the child and eggs again. 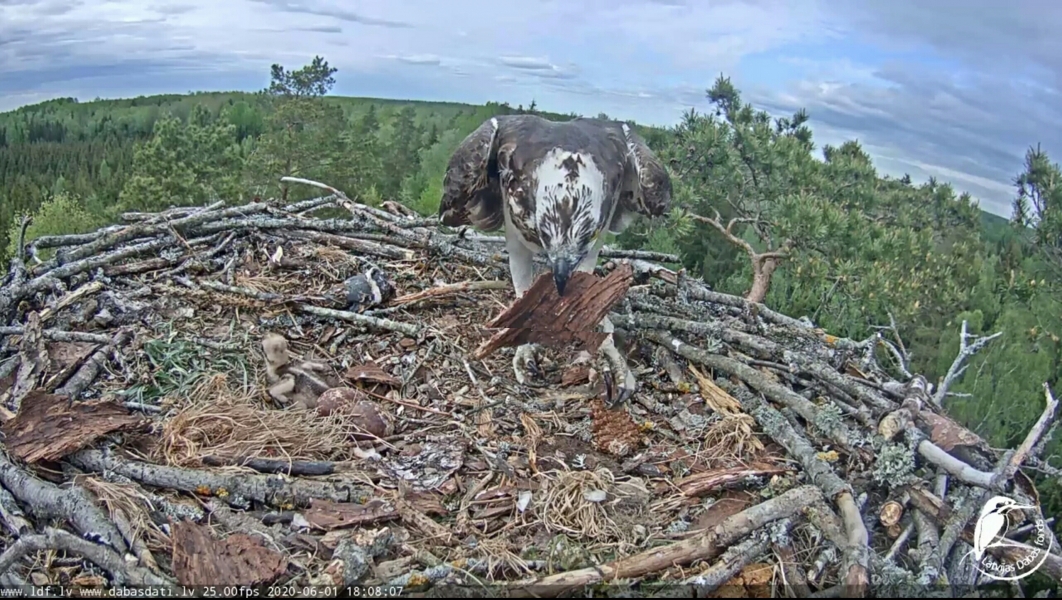 11:48 Egg is broken. Normal when hatching? Or cracked from outside? 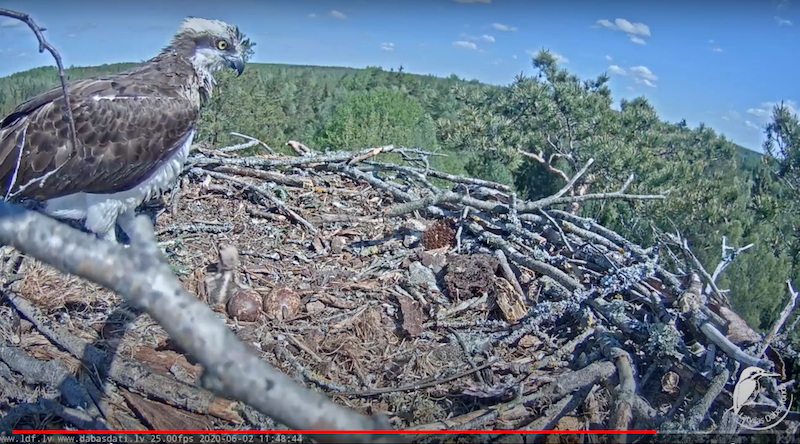 Seems to be normal. 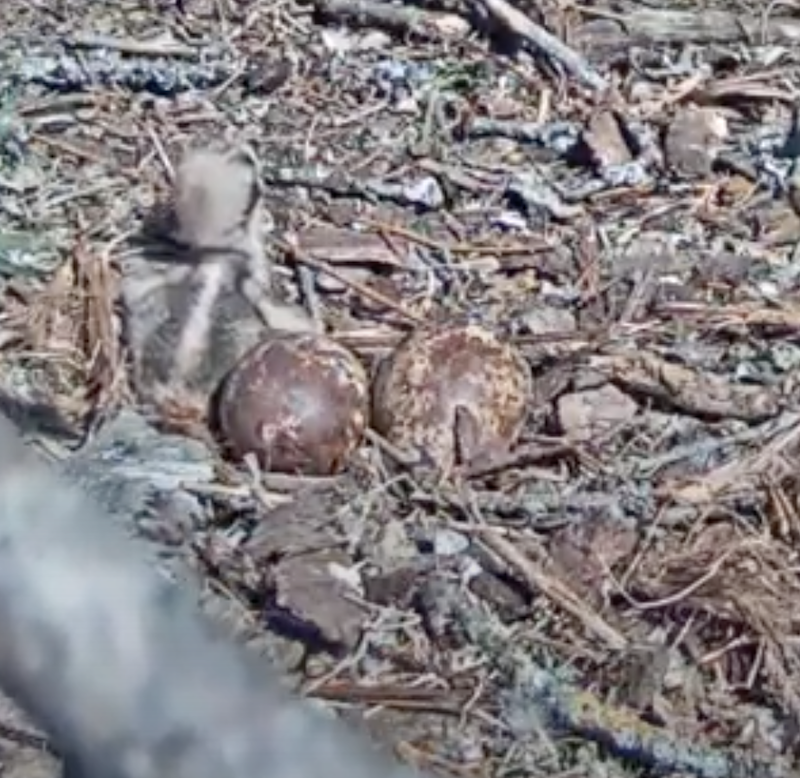 Teo is working on his privacy and wants to lock us out. 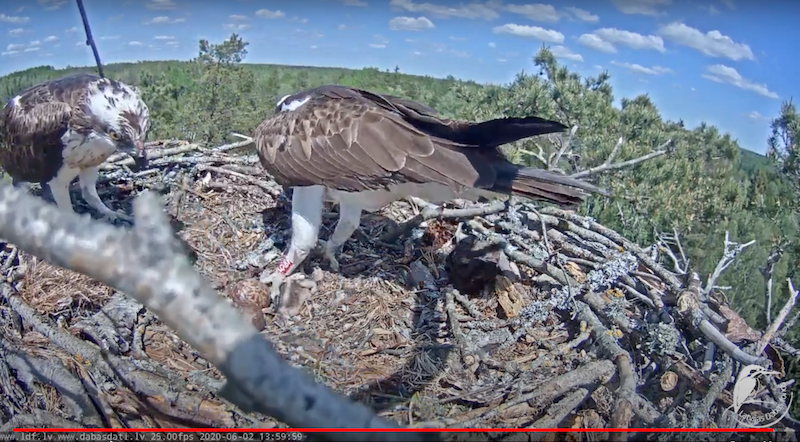 I can't see the broken egg because the fish covers it.

14:05 Teo is now feeding the chick - whether he is not satisfied with Vitas feeding? 14:32 Vita covers baby and eggs. Because of the annoying branch we can not see the clutch properly ... 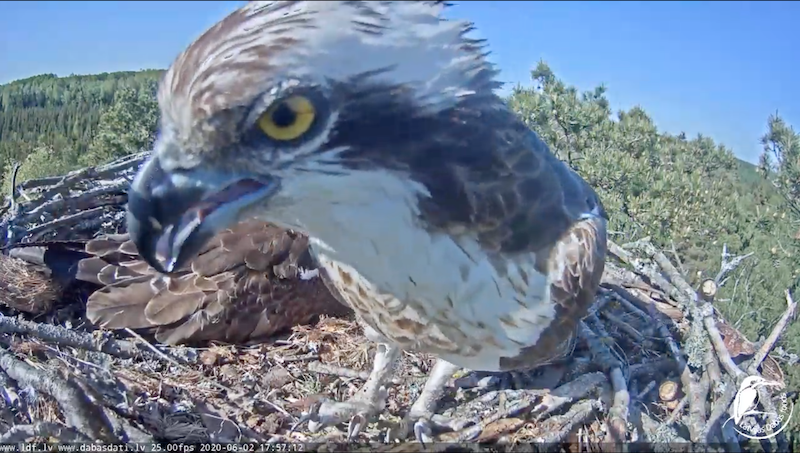 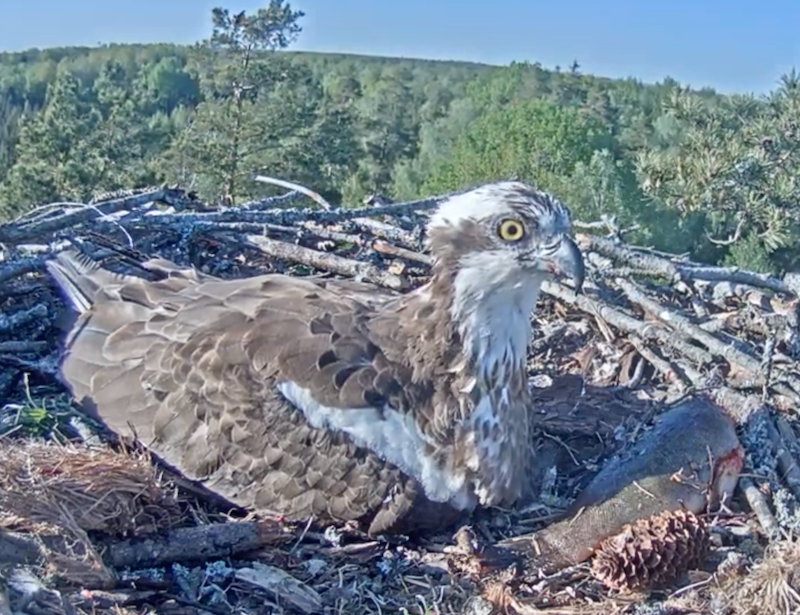 I would also like to see the next chick hatching. Already / simply because of the pecking order.

Just for feeding I thought I saw a hole, but not provable in the photos. Let's be surprised tomorrow.

Candle light dinner ... Vita takes a lot for herself but also the little one gets bites.
It looks good and is lively. 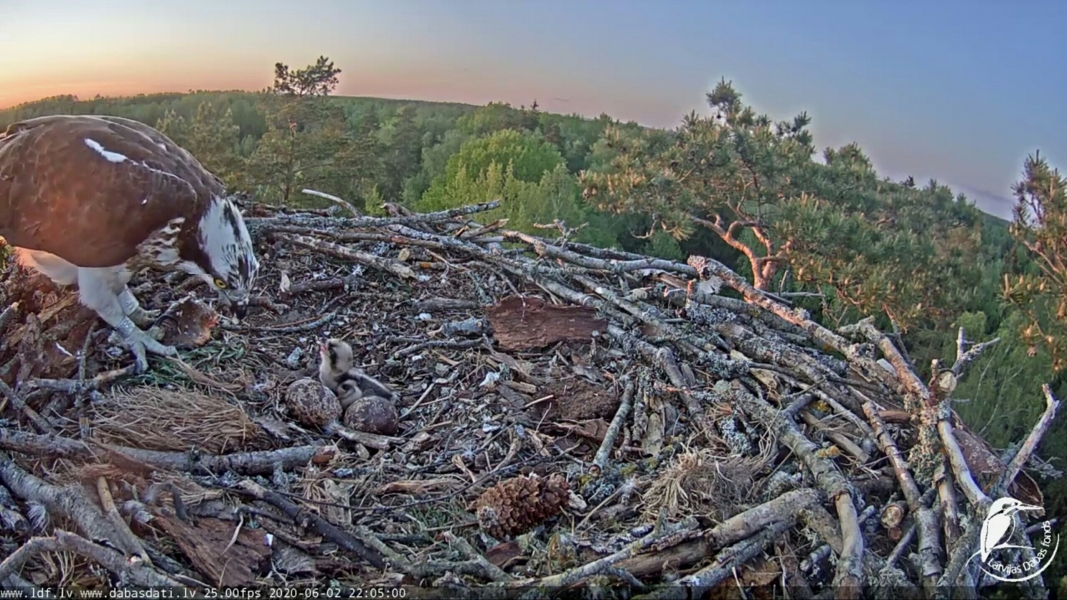 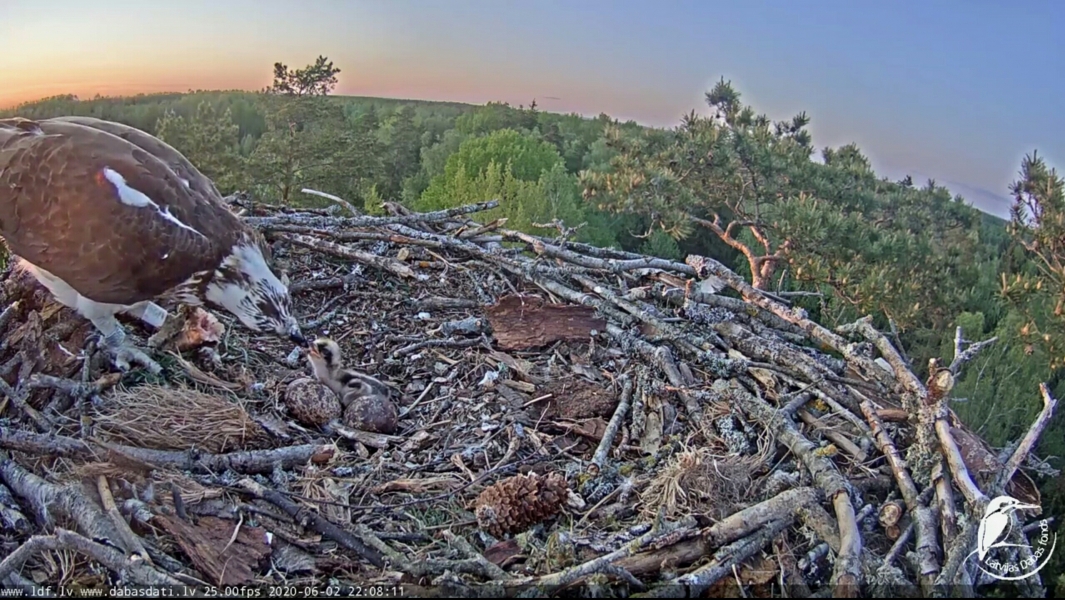 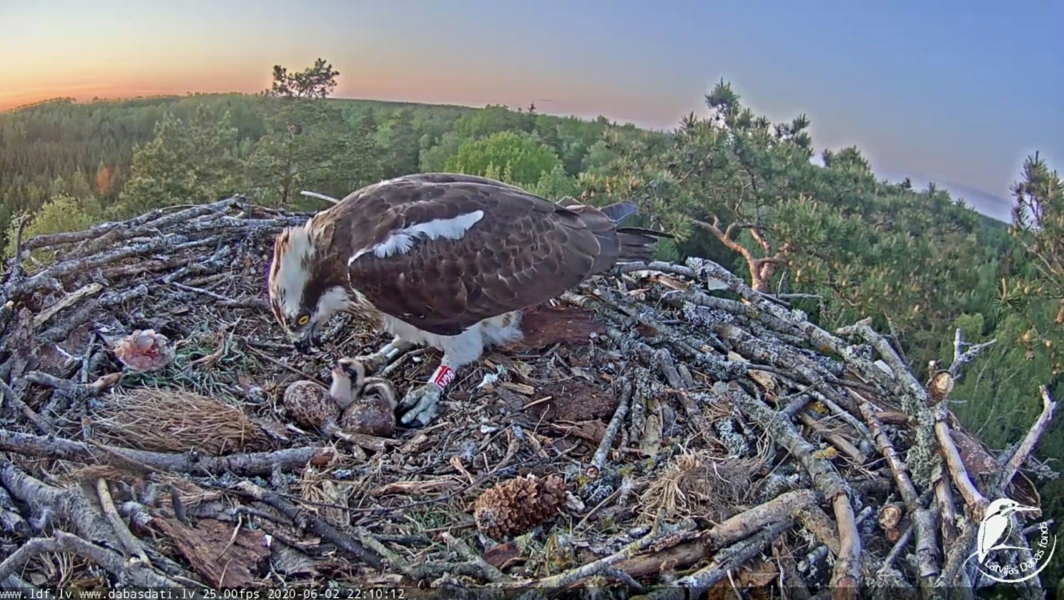 22:10
Vita has caught the little one a few unhappy when repositioning her left leg. But I don't think it's dramatic. Vita is very careful. 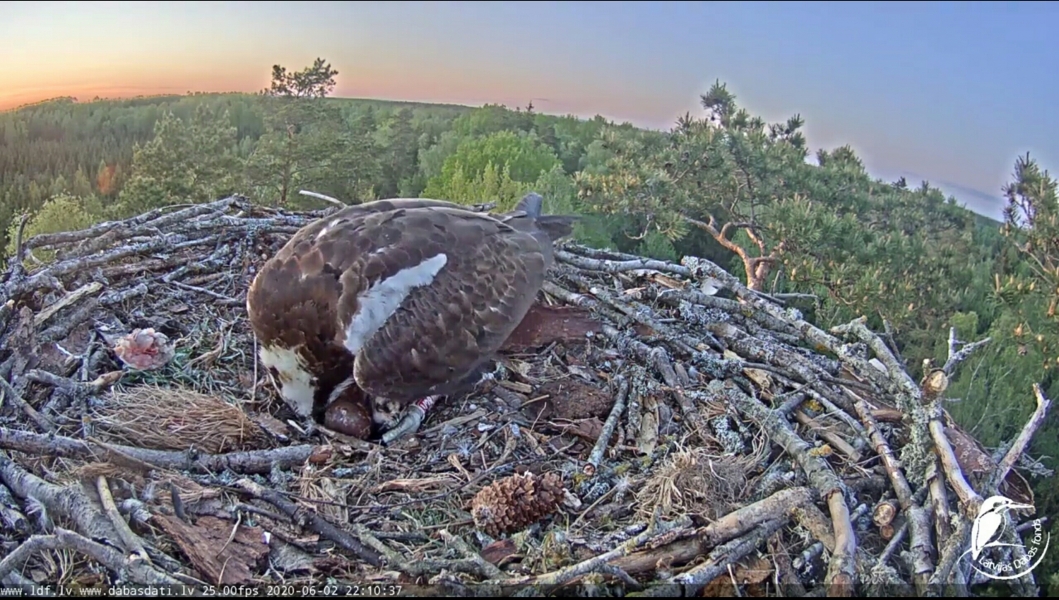 By the way, Teo took the food fish with him. That's okay - as long as it keeps supplies.