16:25 Golda flies away
16:28 She is back with a small prey, starts feeding, one chick is eating, the other two are sleeping
16:29 Golda covers the chicks
Top

11:36 Grejs landed, she brought nothing
11:37 Golda is back with a bird and starts feeding, Grejs flies away
11:52 Feeding is over, the chicks are full and Golda covers them

12:40 Grejs brings a vole, Golda starts feeding
12:41 Grejs flies away
12:51 Feeding is over, the chicks are full and Golda covers them

13:42 Golda starts feeding
13:58 Feeding is over and Golda covers her cute chicks

18:33 Golda covers the chicks, the eating/feeding is over and the chicks are full

18:49 Golda flew away
18:53 Golda brought a big prey (fish) and started feeding, nobody was interested

18:59 Golda is still feeding
19:06 Golda covers the chicks, their crops are as tennis balls

12:04 Feeding is over and Golda covers the chicks

15:39 Golda finished another feeding and flew away
15:46 Wet Golda is back with a small prey

16:13 Feeding is over and Golda covers the chicks
Top

no one is more alive

Three babies were observed in Phase and Walt's nest yesterday - from a bird's home where about two weeks old storks were taken care of.

′′ This is certainly nasty, but the development of events in the animal world is common. Since birds are not marked (rings), it cannot be safely claimed, but most likely the stork that threw babies was neither Phase nor Volts. There is also a possibility that it is the same stranger mother who threw her first nest egg out of the nest in April. I can imagine that here the competition fight with the idea ′′ if I don't have it, you won't have it either ". Yes, real, human ′′ passions are also found among animals," says Dr. Latvijas Universitāte Biology Institute Ornithology Laboratory leading Dr. biol. Mara Janaus.
Speaking of future events in Phase and Walt's nest, the ornithologist explains that the two remaining birds could benefit in such a way that they will have better feeding conditions.

Five stork babies grew up in Phase and Walt's nest yesterday. Unfortunately, nature tends to be cruel and not always understandable to man - yesterday afternoon, probably stranger's mother of storks over the edge of her nest. This morning we reported that a couple of stork will continue to take care of two birds, but the remaining babies were also thrown out of the nest this afternoon. ☹ A gloomy day for a couple of storks and a sad message for live viewers - Phase and Volta's nest is empty right now.

Latvijas Universitāte Biology Institute Ornithology Laboratory Leader Dr. biol. Mara Janaus comments that you can't clearly identify the reasons that happened, ′′ there is probably not enough food in the surrounding area. In that case, the motivation of hungry parents to feed and protect is getting weaker, maybe that's why the male was not motivated to protect the children, but the mother was gone for a long time to look for the edible." Also, the specialist indicates that ′′ biologically giving up on children to the population is much more valuable because preserved adults, multiplying capable individuals is more important than spending limited resources on gays. It is also possible that storkers are still too young and therefore less experienced ".
A specialist explains that laying new eggs is very little because the season is over. Both storks could stay in or around the nest all summer.

The cam is back! 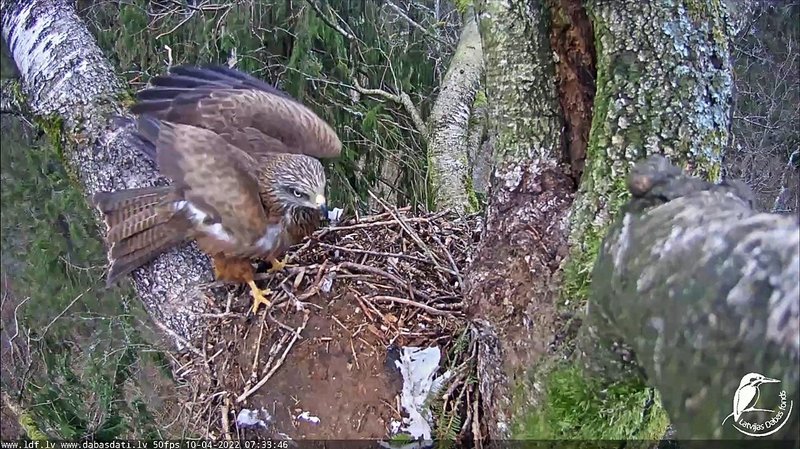 working with a branch 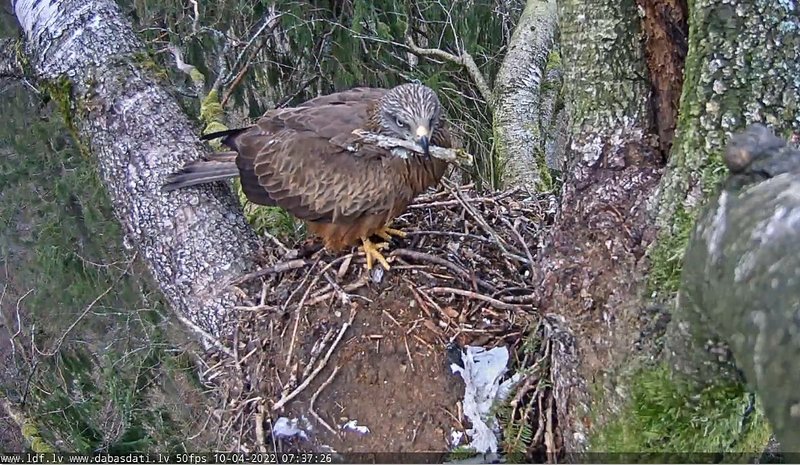 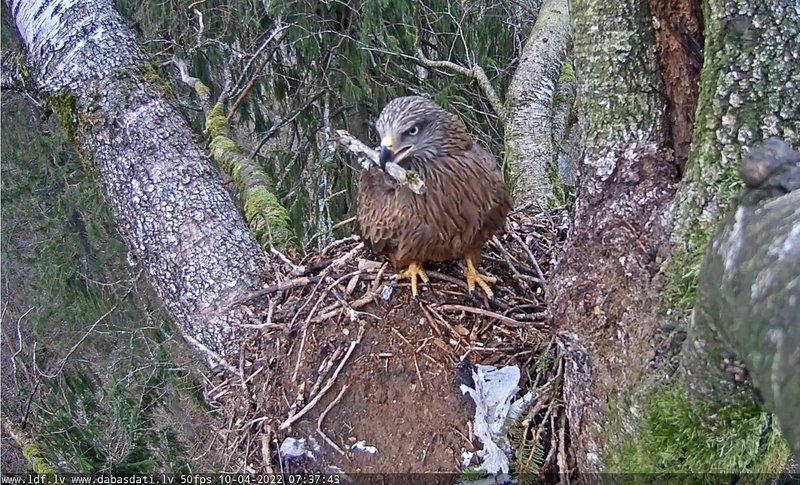 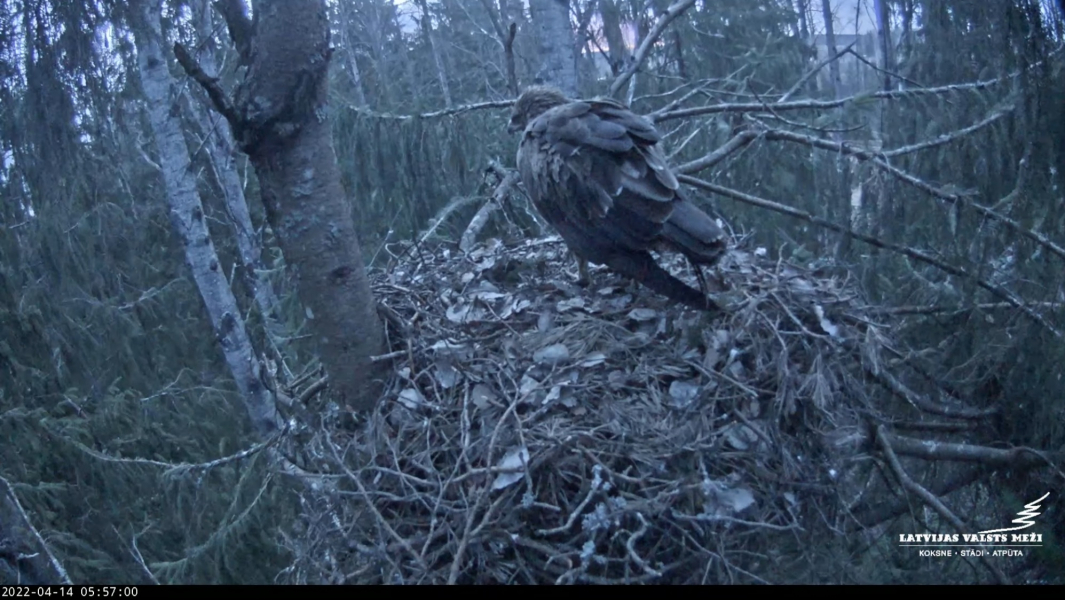 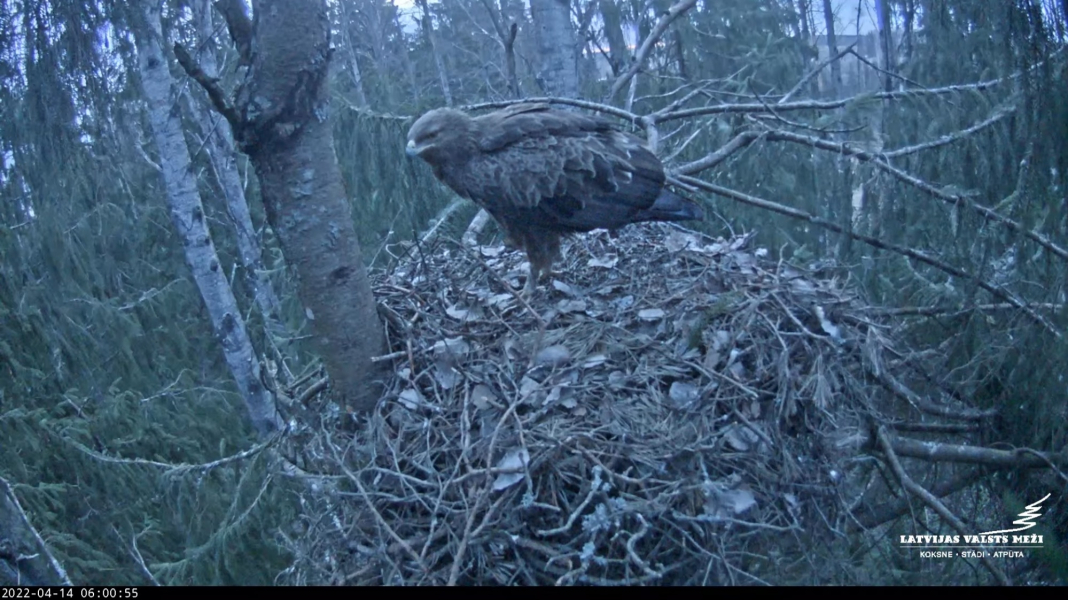 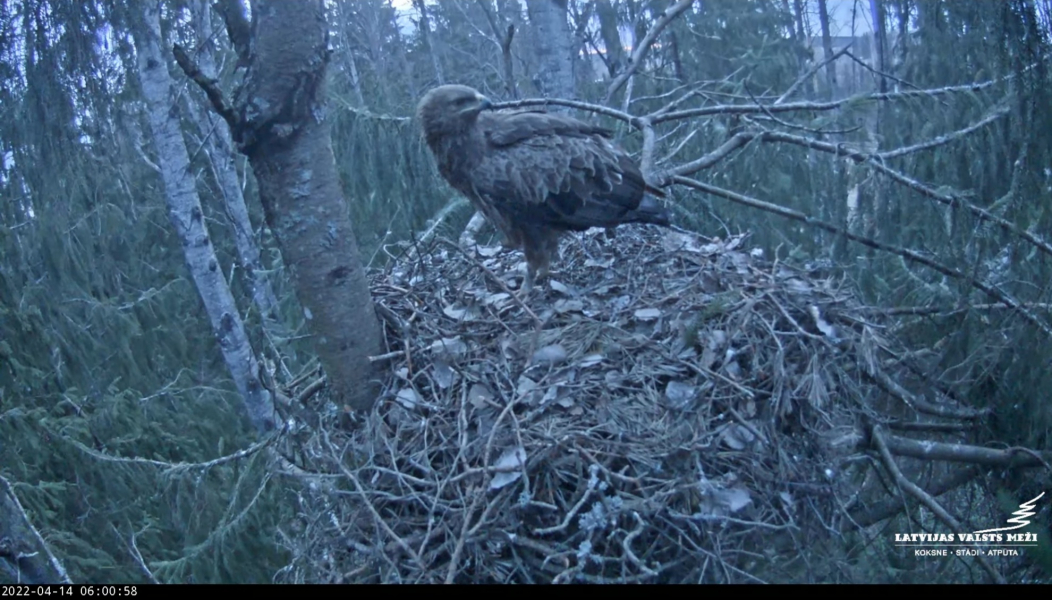 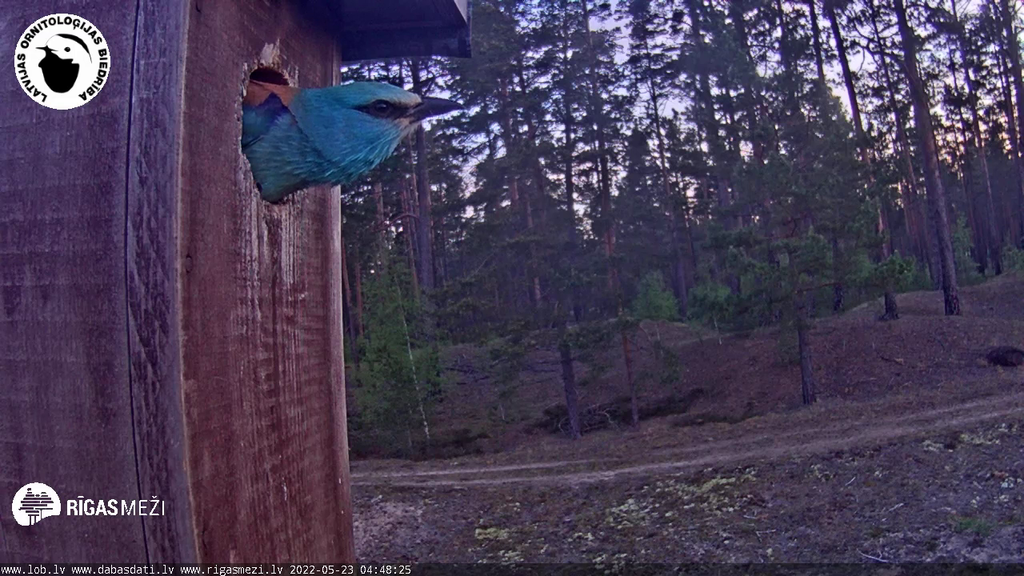 Return to “Other Wildlife Cameras in Latvia”