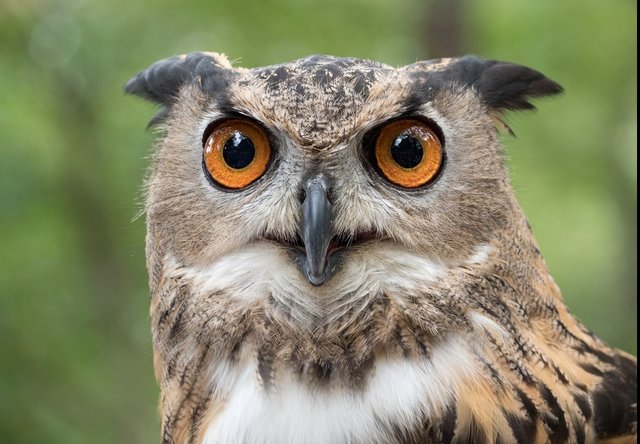 It is one of the largest species of owl, and females can grow to a total length of 75 cm (30 in), with a wingspan of 188 cm (6 ft 2 in), with males being slightly smaller.
Eagle-owl is smaller than the golden eagle (Aquila chrysaetos), but larger than the snowy owl (Bubo scandiacus).
Eagle Owls are distributed sparsely through rocky areas but can potentially inhabit a wide range of habitats. They have been found in habitats as diverse as Northern coniferous forests and the edge of vast deserts.
The Eurasian Eagle Owl is largely nocturnal in activity, as are most owl species. The call of the Eagle Owl is a deep resonant ooh-hu with emphasis on the first syllable for the male, and a more high-pitched uh-Hu for the female. Each member of an Eagle Owl population can be identified by means of its vocalizations.
https://ebird.org/species/eueowl1

This eagle owl mainly feeds on small mammals voles, rats, mice, rabbits and hares. However, prey can be killed up to the size of both fully-grown foxes and marmots and young deer.The other significant group of prey for Eurasian Eagle Owls is other birds and almost any type of bird is potential prey. Common avian prey includes corvids, grouse, woodpeckers, herons and, especially near coastal areas, ducks, seabirds and geese.

The Eagle Owl is one of the most endangered bird species in Estonia. The population of 30-50 breeding pairs was estimated in 2019. It inhabits mostly the coastal areas of Estonia. In 2021, only four chicks were found in Estonian known nesting sites. Two out of four juveniles died before the winter.
Eagle owls are wintering in Estonia

Info about this nest in English: https://www.kotkas.ee/uudised/eagle-owl ... amera-2022

Will be continued...
Proud member of SHoW (StorkaHolics of the World)
Top

thank you very much for opening the topic.

A eagle owl! What a big surprise 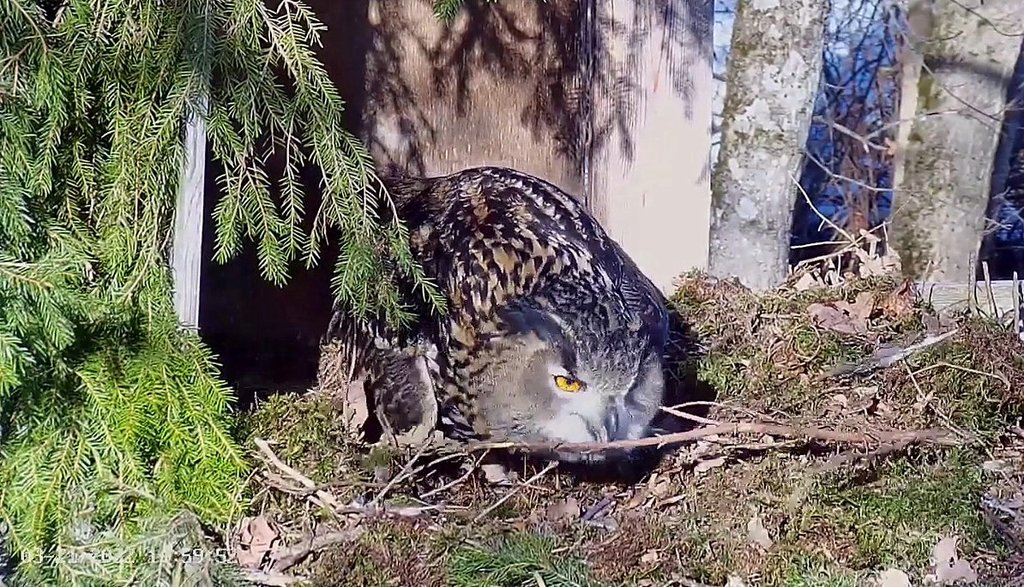 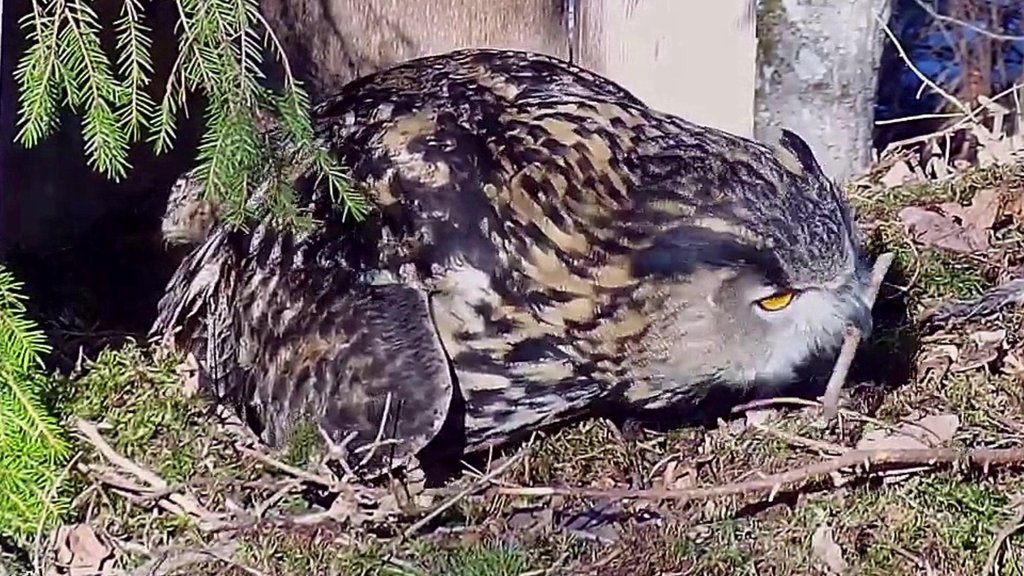 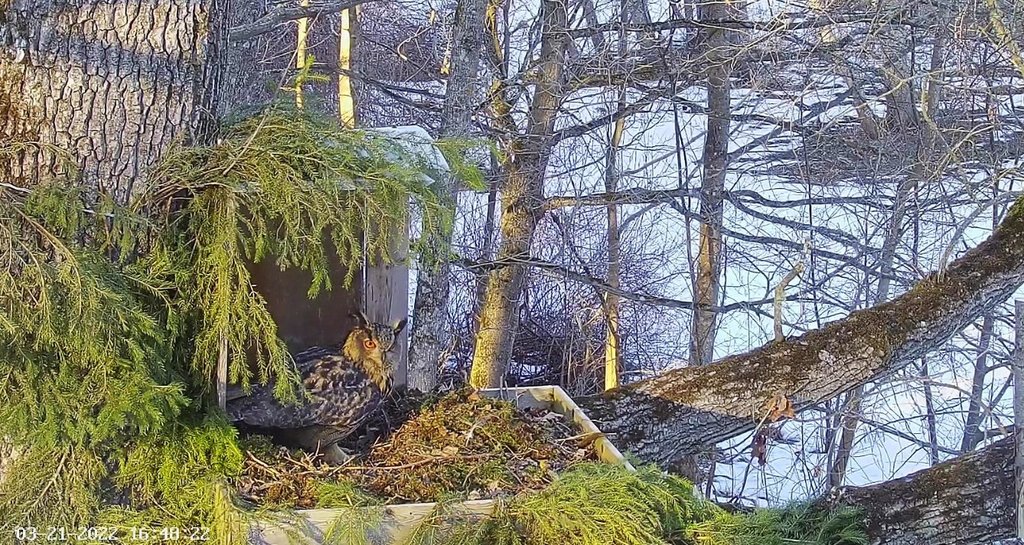 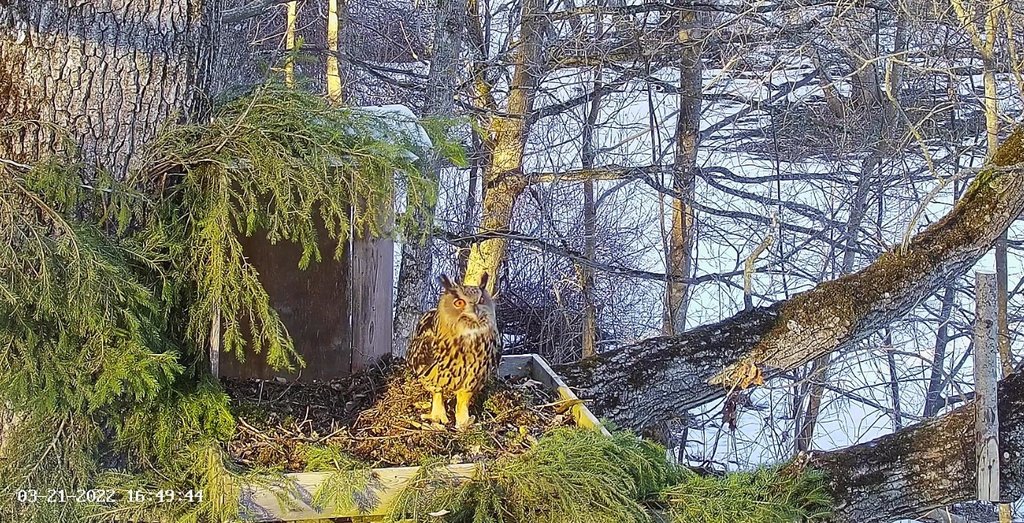 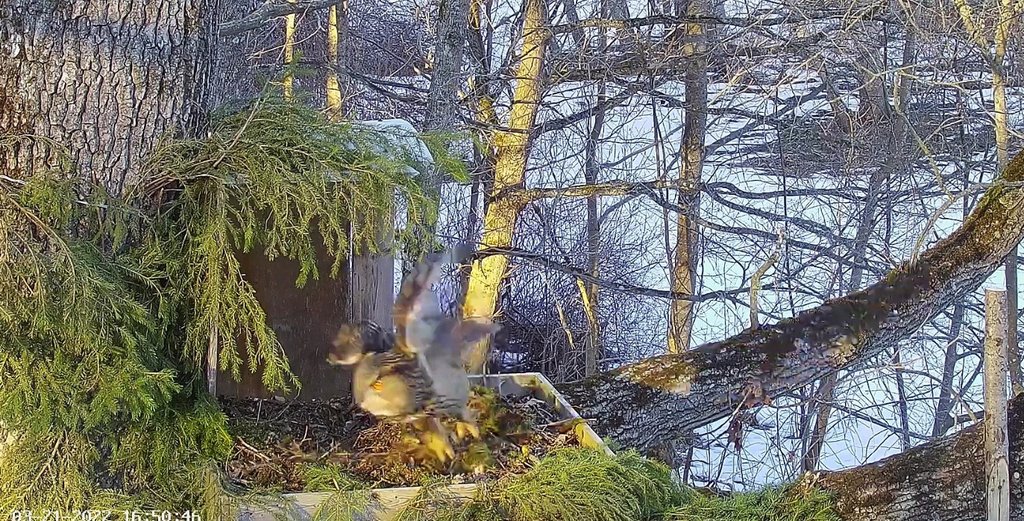 Well that's great!
When the Estonian Goshawk camera was in the start-up phase, images of this nest suddenly started streaming.
Loved the atmosphere and appearance...also thought of owls. But I didn't expect Uhus.
Yes great! Now online.

Some hearts will beat faster.

And thanks @Liz for the first nice impressions.

I need a third tablet...
"Let nature be your teacher."
(William Wordsworth)
Top

It is interesting, if disturbing, to read that eagle owls are also critically endangered in Estonia (like Latvia).
Oddly enough, the landscape is portrayed as paradise - and animals cannot maintain their kind here.

Let's remember Bubo's nest... I will never forget this time.

Here in Schleswig Holstein we are experiencing an upward trend, albeit slowly and not without bad actions (hunting, poisoning - also in our village).

Let's keep our fingers crossed that owlets are allowed to thrive here and get a chance to grow old.
"Let nature be your teacher."
(William Wordsworth)
Top 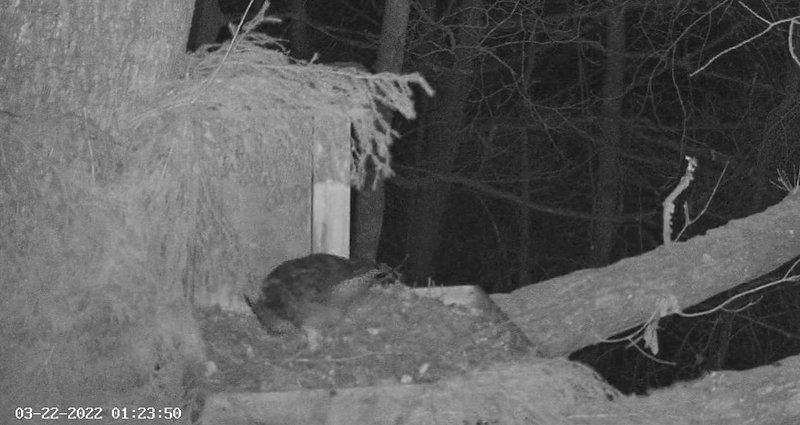 is preparing the nest 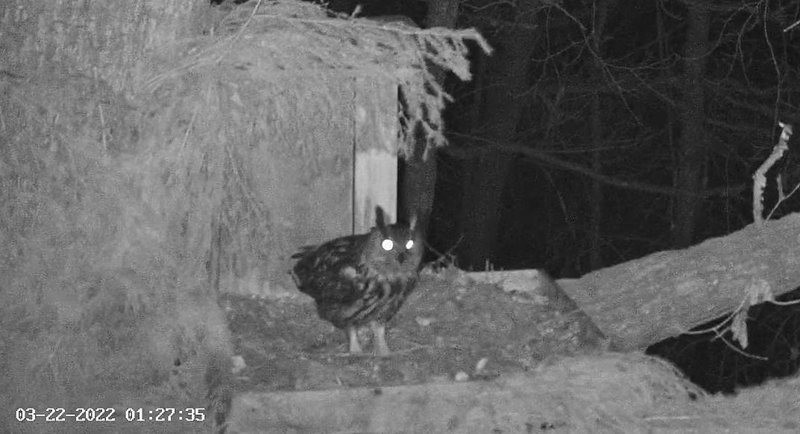 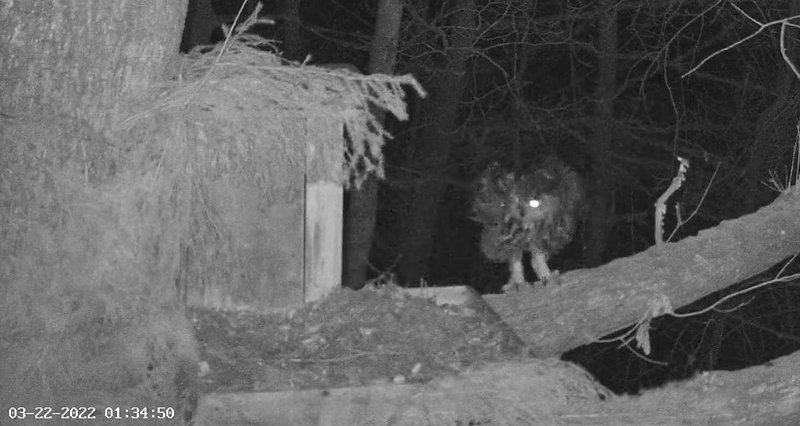 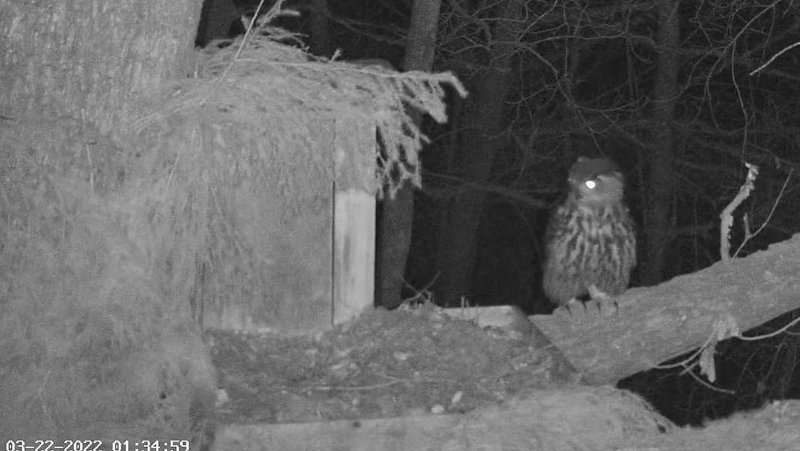 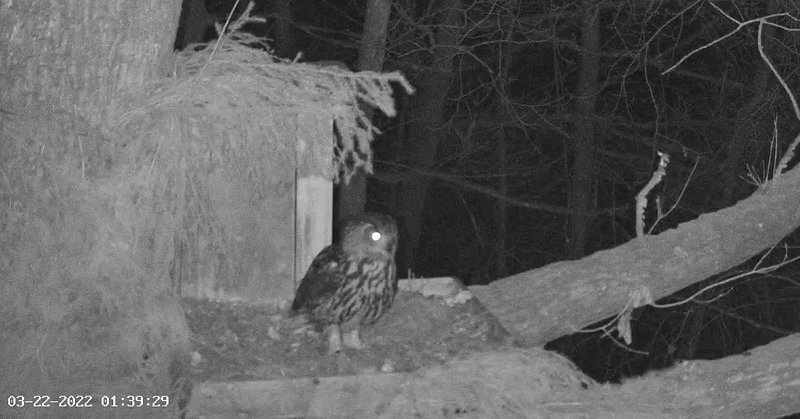 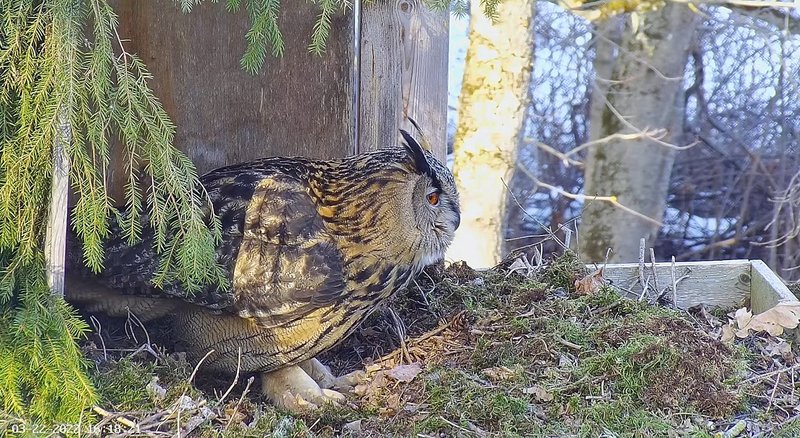 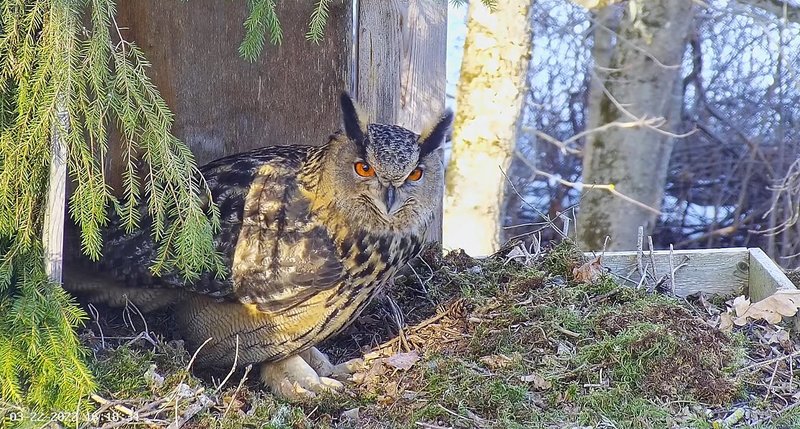 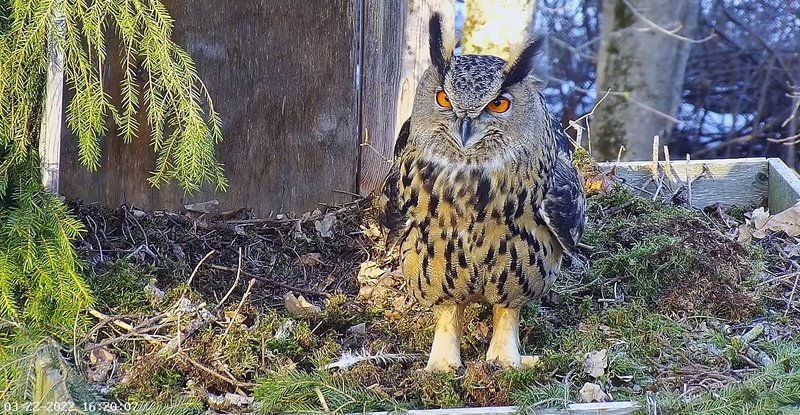 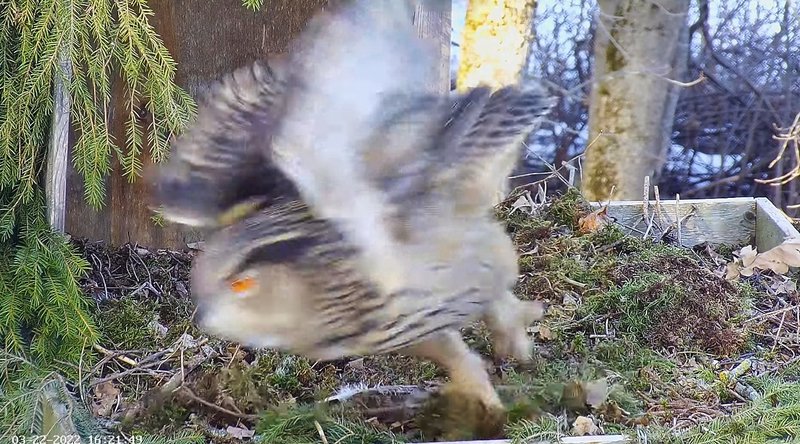 17:13 they are talking to each other. She sounds cute 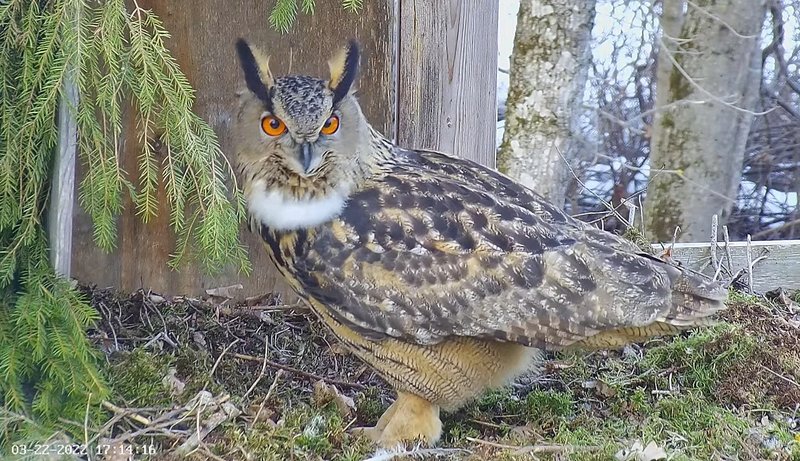 what a beauty he is 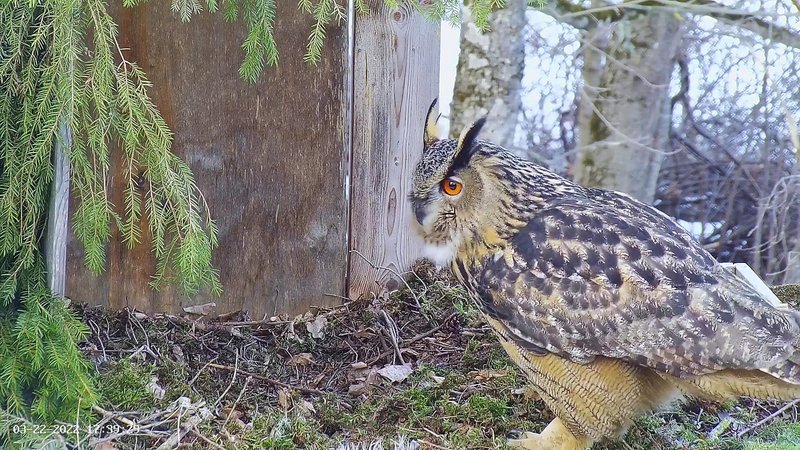 The Owl is back in the nest 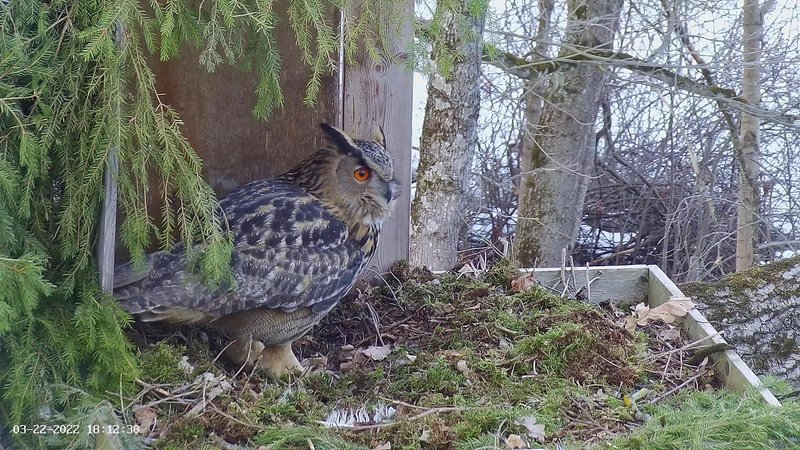 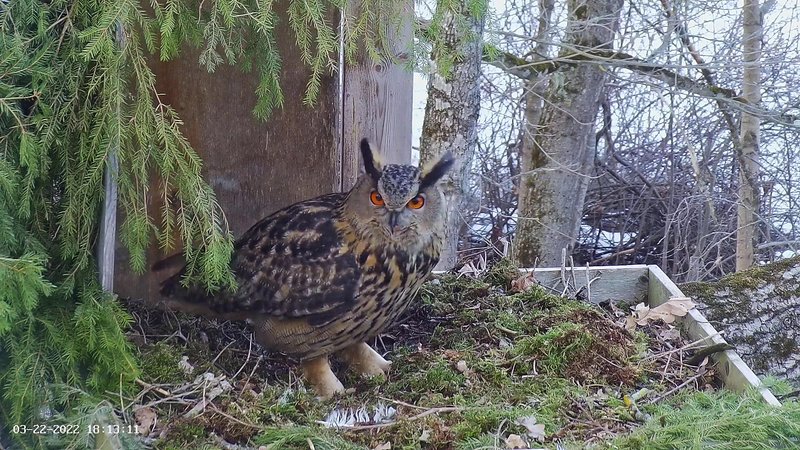 arrival of the male 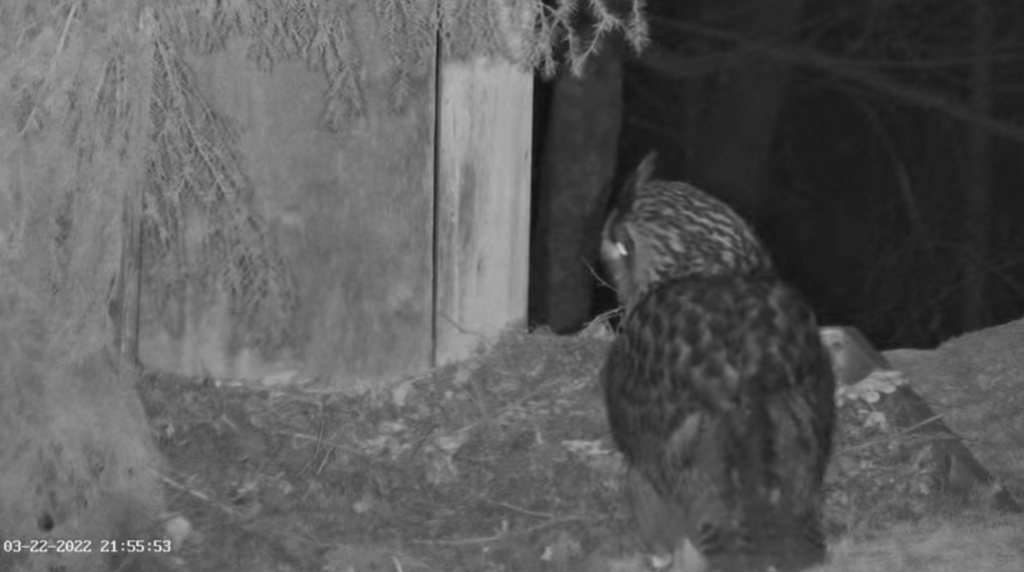 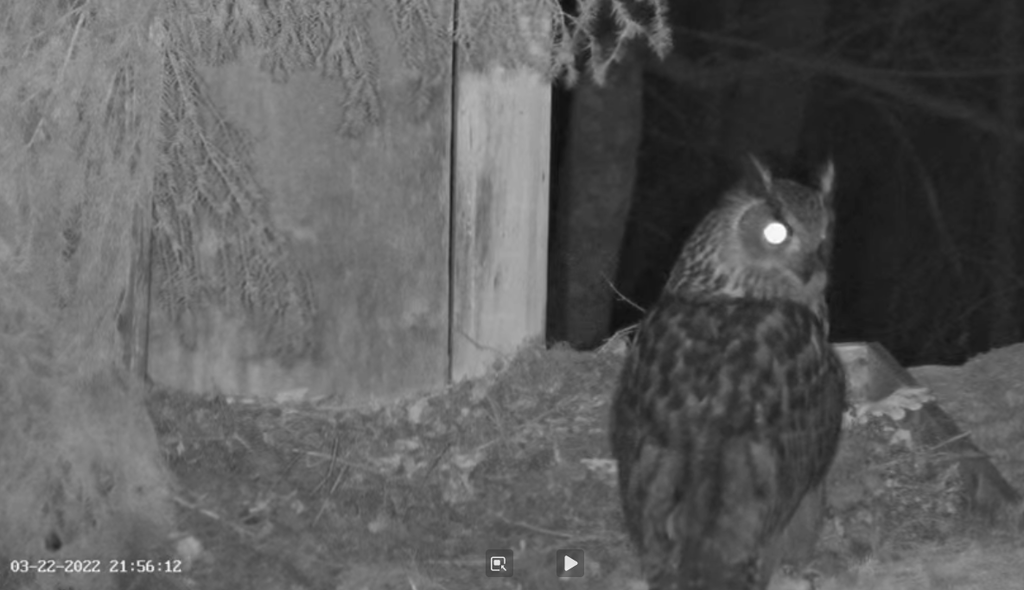 he flies off
Top 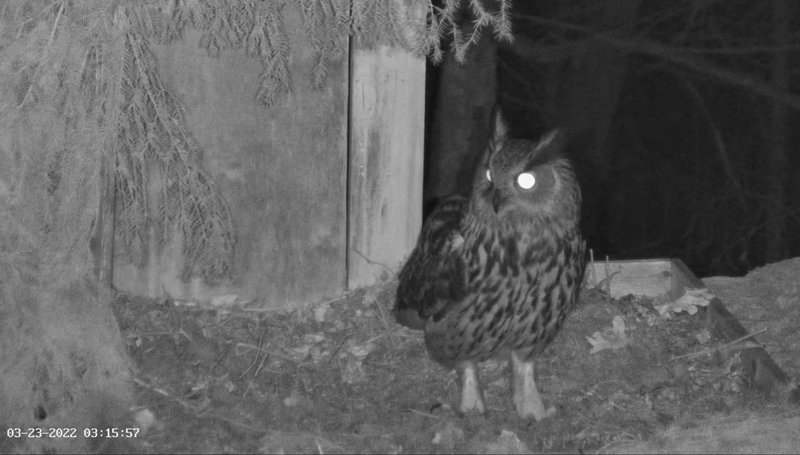 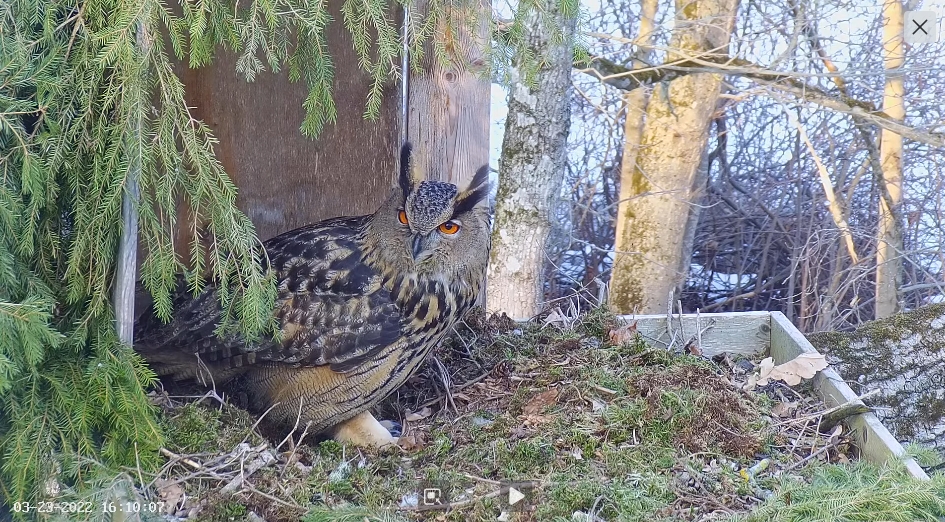 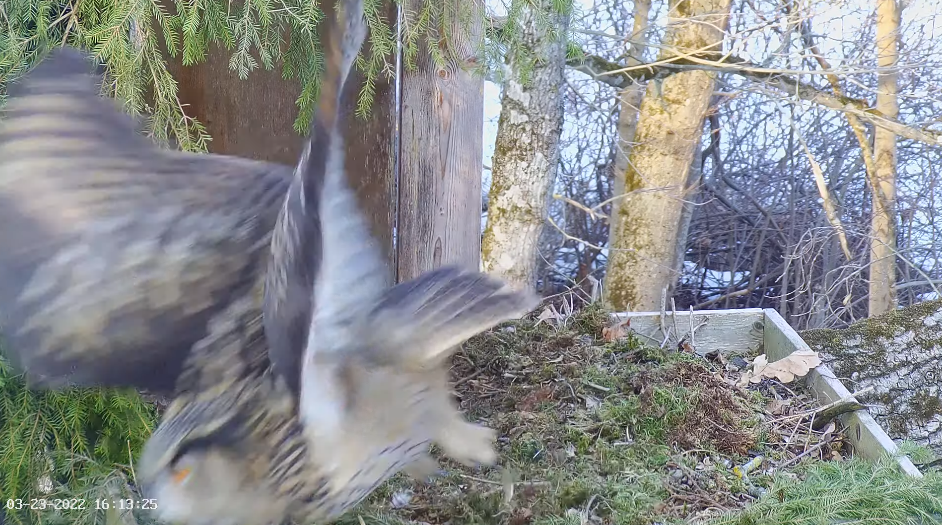 Working and digging the nest bowl 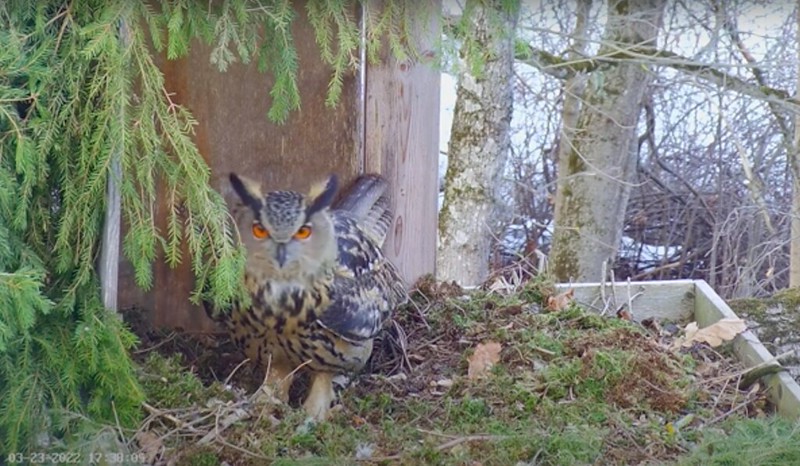 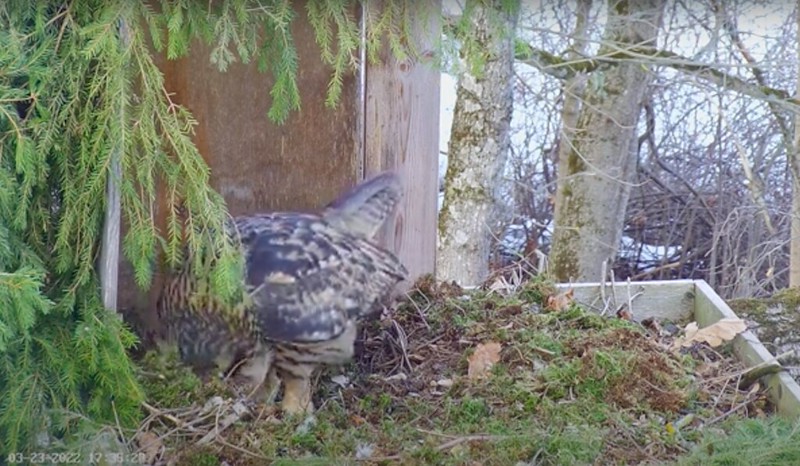