Our Planet is a wonderful place. Throughout millions of years, our world has managed to keep a perfect balance. We have had times of abundance, where rains covered our beloved country, filling streams, rivers and dams. We have also had times where the land was parched with not a blade of grass, empty dams, and dying livestock and wild animals. We have lived through these times, and managed to survive.
We are currently experiencing a rejuvenating stage in the cycle of life. It is indeed very sad to see empty dams, rivers that have stopped flowing, and barren land. Whether we like it or not, there is a cleansing process in place where the weak are replaced with the strong. At the end of this process, we will be left with a strong gene pool to ensure the proliferation of healthy and strong birds and animals.
How does this effect our Roodekrans Eagles? Like all other birds, animals, and humans, we have to ride the storm out. It may just have been fortuitous that Emoyeni chose this period to leave our precincts, and that Makatsa was not ready to start a new family.
It would have been a trying time for them to raise a new eaglet in this adverse time.
There is always a new beginning, and we are all confident that the rains will once again fall on our barren land. The rejuvenation process will begin, and life will return in all its glory.
Our latest observations have determined that Makatsa has started building a new nest, but at the same time both eagles are also refurbishing the old nest. It is unusual practise for them to nest build at this time of year, but it may also be part of the bonding process.
There are several months remaining before egg laying is due, so plenty of time for her to decide which nest to choose to raise the new family.
It is our sincerest wishes that the new couple will have a very successful breeding season in the new year, and I am sure you will all raise a glass with us in celebration of the Roodekrans Eagles.
Yours in conservation,
Johann van den Berg
Black Eagle Project Roodekrans

Thulane and Makatsa started to build new nest out of camera range this year, so we can rely only on FB information.
Below is the link to the last update with fabulous ( as always) pictures by Ernest Porter.
https://www.facebook.com/notes/black-ea ... 8280621298
Top

Black Eagle camera is back online.


Hi everyone, I hope you are ready for the new breeding season. We have seen the eagle building on the old nest where the Webcam is mounted. So if you want to keep an eye on the progress here is the link to the webcamera: http://africam.com/wildlife/black_eagle_webcam 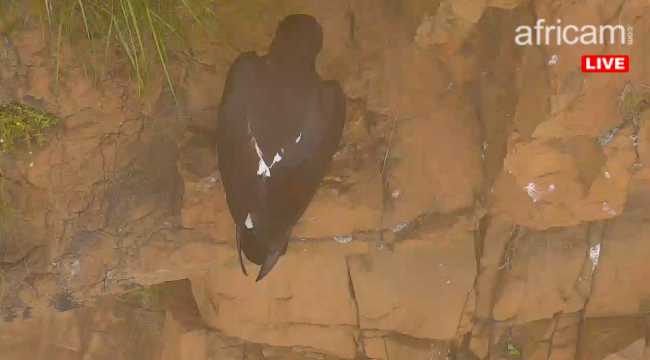 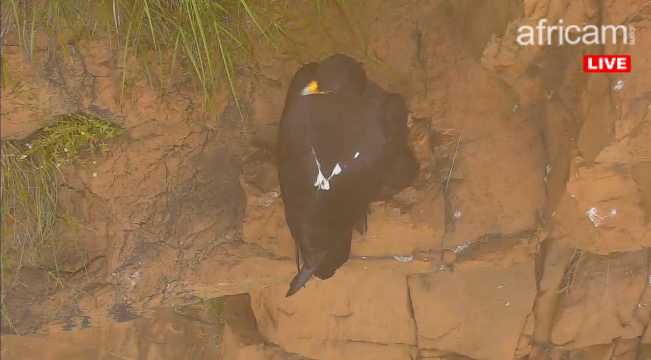 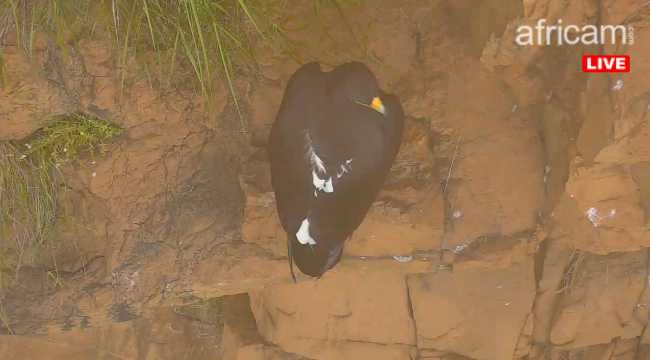 This year Thulane and Makatsa started in March the nestorations in the old nest, but after the severe storm it was completely destroyed. So they started to build a new nest.
As the another year their nest is out of the range of the camera, I use to check FB from time to time.
This year's eaglet has fledged on September 20 and got the name Ithemba (Hope in Zulu). Eaglet is just gorgeous. Lot of photos you can find on FB https://www.facebook.com/blackeagleproject (and among them amazing, as usual, photos by Ernest Porter)
Top

Another year has passed and the situation has changed again.
The new nest is in a very inaccessible place and observations were difficult.
On April 30, eagles behaviour indicated that the first egg had been laid.
The first egg was due to hatch around the 11th or 12th June, and the second egg approximately 4 days later on 14th or 15th June.
On June 13, it was announced that Thulane was last seen by the Project Members on June 8. An intensive search for signs of a male was carried out, but with no result.
Photographic evidence on Wednesday 12th June confirmed 2 eggs on the nest, Thursday 13th June confirmed the presence of a chick, and Wednesday 19th June confirmed that the second egg as well as a second eaglet were not present. The first chick however looks healthy and very active.
Makatasa was feeding the chick and bringing a prey on a regular basis.
It was reported that a new male had appeared on 13th July, and has not shown any aggression towards the chick.
Everything went well up to the eaglet's 53 day of life
The last confirmed sighting of the chick alive was on 4th August in the morning.
On 5th August a member of the public had posted a photograph on FB of an adult eagle removing the chick from the nest. The carcass of the chick was recovered.
After analyzing and zooming the photos taken, it turned out, that the new male killed the eaglet in the nest and took it away at 12:25 on August 4.
The new male (he got the name Mahlori) still accompanies Makatsa.
More details and photos on FB https://www.facebook.com/blackeagleproject
Top
Post Reply
146 posts