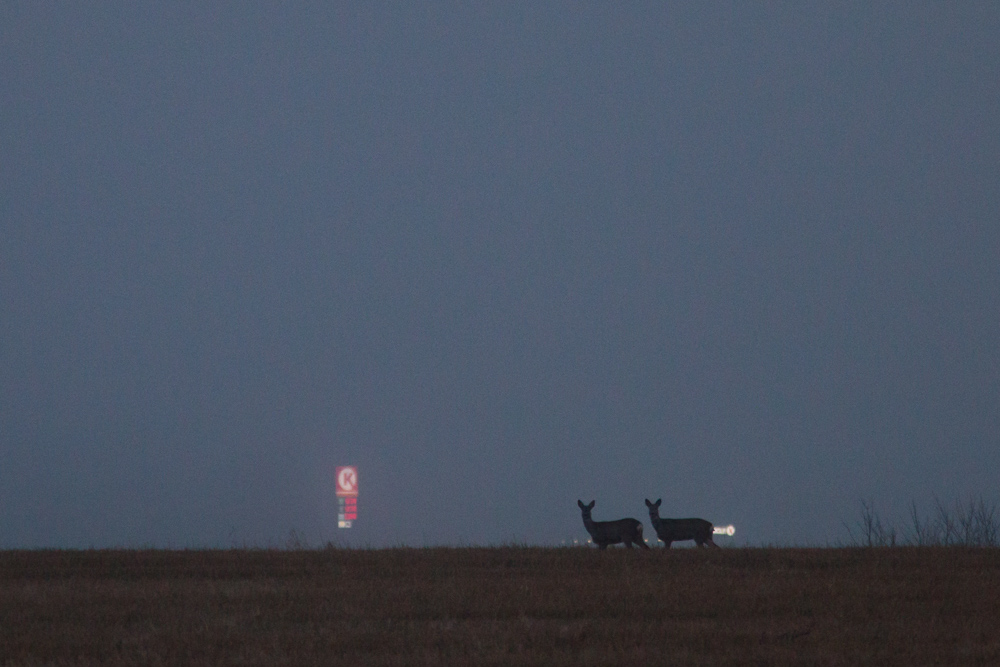 In early winter when there is still only little snow, but the dark night hours are many more than the scarce daytime, roe deer start forming small groups and keep closer to villages and communities. One reason is the increased pressure  of predators. The roe deer with a more daytime living mode feel a little more secure near settlements because predators such as wolves  and lynxes that are shy of humans dare not come near the settlements during daylight time. During the long night however they may well gather courage and pressed by an empty belly attack a roe deer group even close to a village. The occasions are not rare when the deer accompanied by the barking of dogs then run for refuge on to the village street and between houses.  The first thin snow cover opens the track book which at once adds explanations to what was heard at night.