In the first weeks of their life the inexperienced young birds are easy prey for predators. They also have little knowledge of foraging opportunities which makes them stay close to the nest.

As is the case with many other birds of agricultural landscapes the number of turtle doves (Streptopelia turtur) has declined rapidly in Europe and also in Estonia. In the years 1980 – 2013 the number of the species fell by in Europe 78%, and by as much as 96%  in in the interval 1970 – 2012

The cause of the decline is thought to to be a reduced foraging basis as the result of intense soil cultivation: areas with a choice of varying seeds suitable for the foraging of turtle doves have been reduced in favour of monocultures. 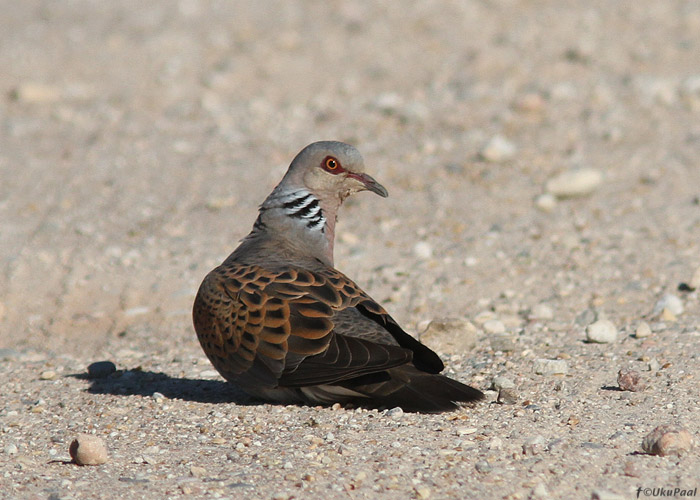 In environmental conditions changing due to human activities the ability of a species to rapid adaption is essential. One possibility is adaption by behaviour or choosing the environmentally best areas for habitats. In the case of of young turtle doves survival success can be increased by selecting the best areas for foraging. Whether they do so and whether scarcity of seeds also influences the survival of the birds was studied in east .

The scientists measured the turtle dove chicks, provided them with GPS devices and observed their movements after they left the nest. By this they attempted to find connections between survival, visited foraging areas and the amounts of seeds there.

From the study it evolved that during the first three weeks the young birds were feeding in areas with an abundance of seeds: semi-natural grass areas, areas with a low grazing pressure and quarries at distances of up to . More than half the time however they spent less than from the nest. Later, at 4-7  weeks, the young turtle doves became more mobile and 95% of the foraging areas were situated up to from the nest.

The survival of the young birds determines the future fate of the species. In order to assure a varied food basis the nests of turtle doves should be close to areas with a suitable vegetation. Sensibly applied, knowledge of what environmental conditions are important for turtle doves would help in improving their abundance, now at a critical level

Science news from Linnuvaatleja are edited by Marko Mägi, marko.magi/at/ut.ee , bird ecology researcher at the