This year, the Badger Year, Latvian zoologists installed several track cameras in protected Latvian forests. As in Estonia, our southern neighbours until now have no proper overview of their badger population. To complement the knowledge about badgers the Latvian forest agency Silava chose three large badger castles in northwestern Latvia in a nature reserve area, installed the cameras and now have sent us pictures and video cuts. In the video we can see how the badger –   āpsis in Latvian  – scratches itself. The other members of the large castle are not visible at the moment but it is known that a large number of inhabitants live there, more than in the home of our video stars in Saaremaa. When the Latvian badger year team visited the castle they found lynx prints as well at the badger tracks. Another of the old badger castles of the Latvians is shown below; mostly they are in sunny locations, among Hepaticas under hazel trees. In one photo the Latvian Animal of the Year team greets us: Jānis Ozoliņs (left)  and Aivars Ornicāns from the Latvian forest agency   Silava, Polīna Šķiņķe from the Latvian Museum of Natural History and well-known conservationist  Vilnis Skuja. 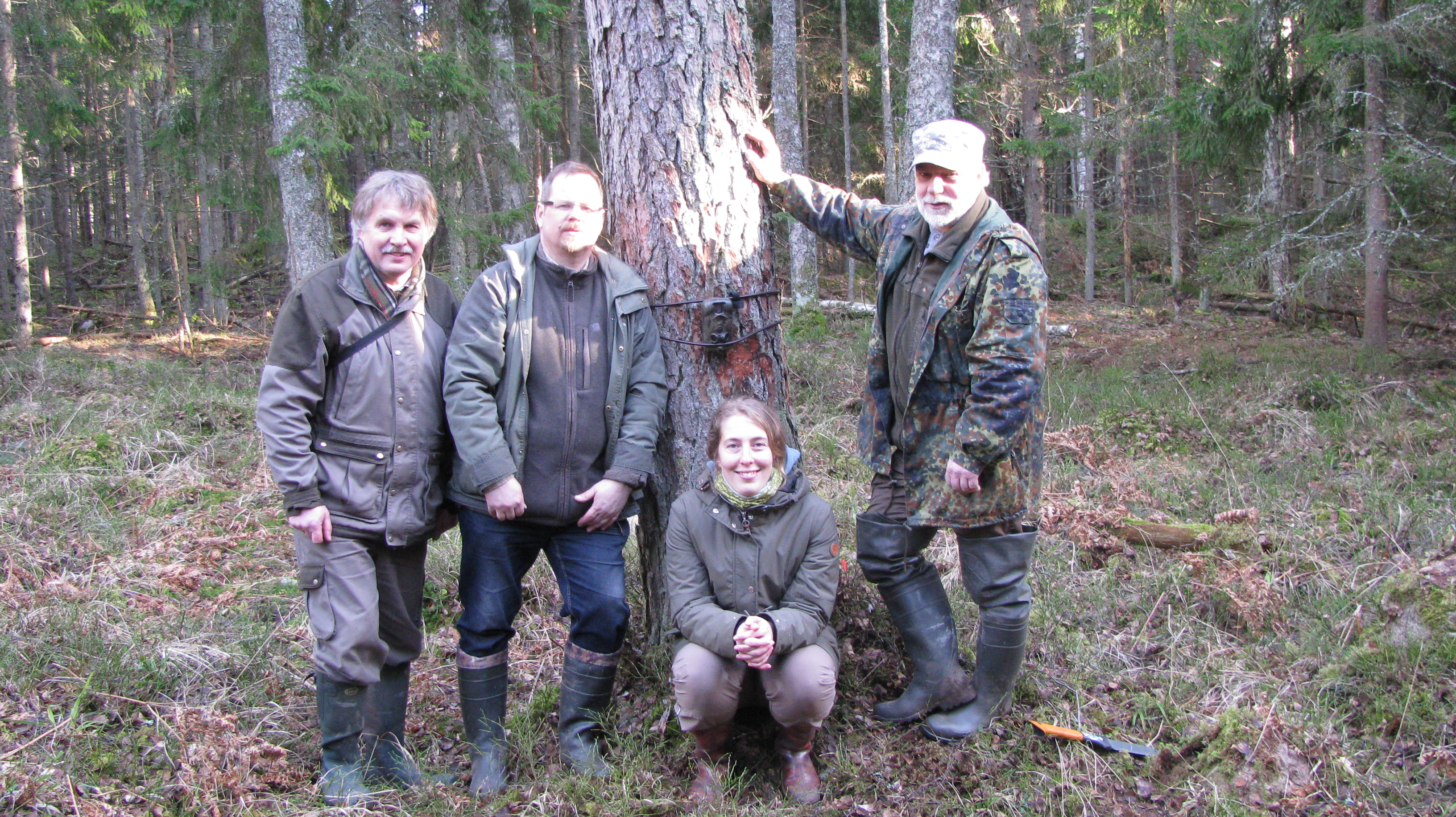 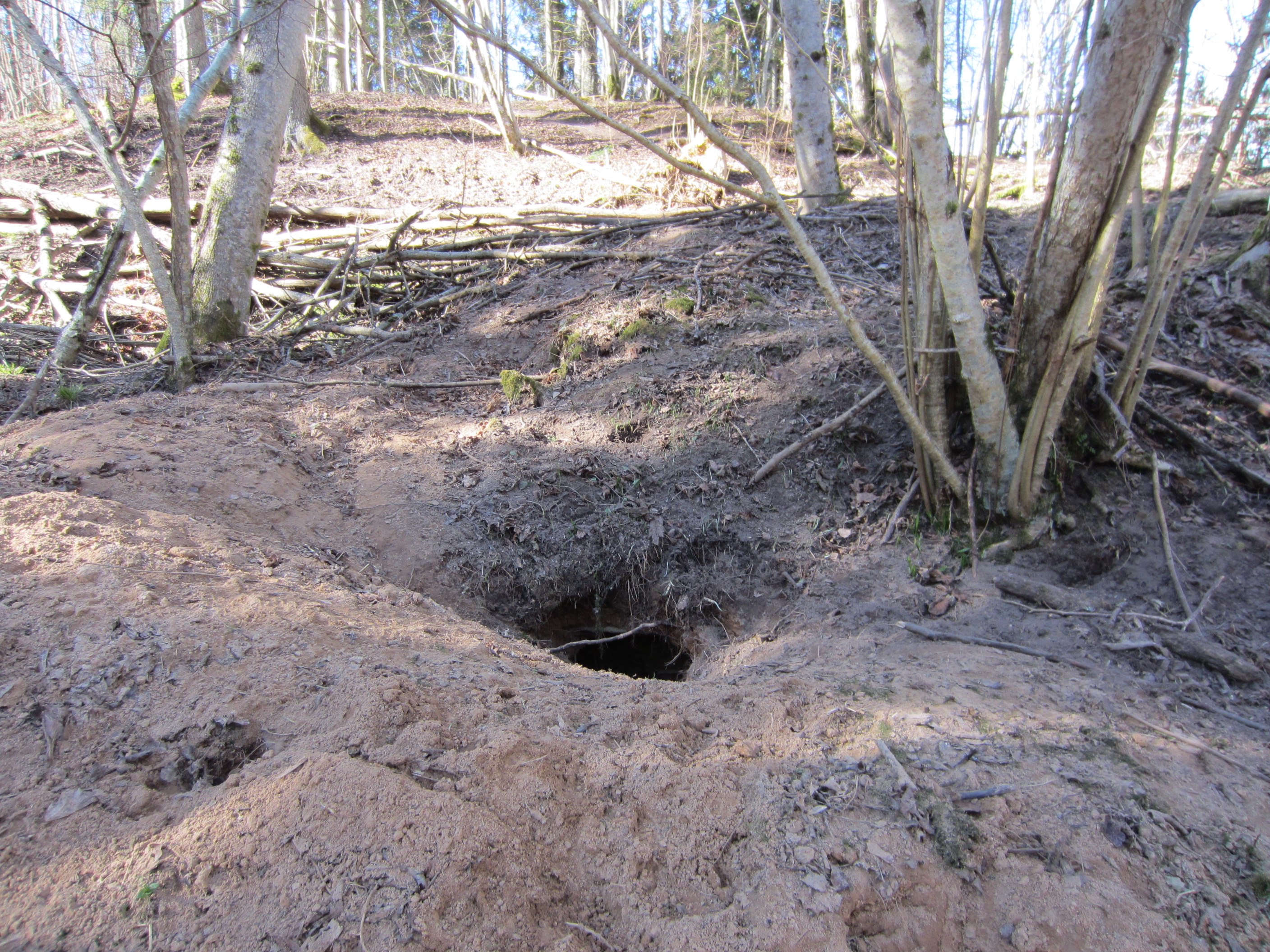