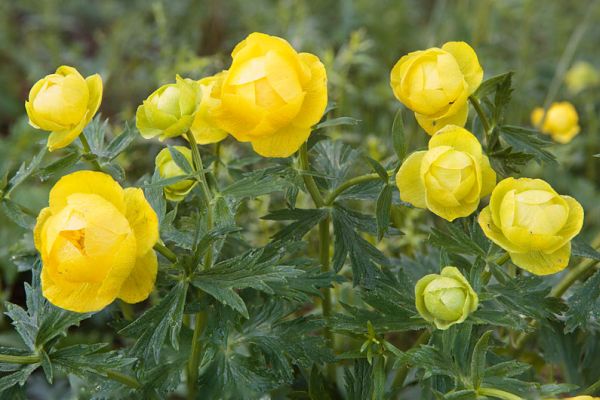 Globeflowers are the favourite flower of many people; over time they have been perpetuated in paintings and praised in words.

Belonging to the Ranunculaceae or buttercup family, it prefers rather damp meadows or wooded meadows as habitat but we also find it at forest verges. On the mainland it is a common flower nearly everywhere but on the islands we find globerflowers less frequently.

Globeflowers - that start flowering in the second half of May - are transplanted by gardeners from nature to their own gardens (the perennial with a short rhizome stands it quite well); in suitably fertile, damp soil and light the plants become truly luxurious, and new flowering stems are added. Maybe gratitude for the care by the gardener?

A globeflower may grow up to 75 cm tall even in nature, but generally the plants stay lower. The stem of the plant is smooth, the leaves are palmately cut, a little glossy and green still in August.

No other Estonian plant has such spherical flowers as the globeflower: but in fact the bright yellow petals are sepals and the petals that are placed in the centre of the flower, outside the stamens, have developed into nectar glands. The globeflower also has a greater number of pistils than other flowering herbaceous plants. The flowers exude a particular ”globeflower scent” – smell it, you might be able to compare it to something.

The beauty of the flowers lasts a couple of weeks for a plant; one plant may have 20-40 flowers. In the beginning of July we can see dry follicle fruits containing a great number of seeds. 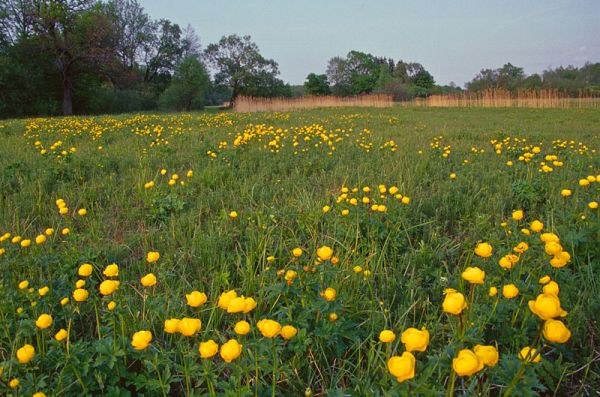