The chicks of cavity nest birds, among them the chicks of tits, are  relatively well protected from predators but in their nests a variety of parasites may be found. The nest parasites, whose activities are favoured by the temperature and air humidity of the cavity, may influence the life of adults as well as of the growing chicks significantly by sucking blood or feeding on feathers. (Alt & Mägi 2016: Ektoparasiidid ja nende mõju suluspesitsejatele lindudele - Ectoparasites and their effect on closed nest birds). As a rule, the condition and survival of adults as well as juveniles suffer; in case of an intense infection chicks may perish (Lodjak & Mägi 2015: Parasiidi Protocalliphora sp. mõju must-kärbsenäpi (Ficedula hypoleuca) pesapoegade kasvule).

There is a continuous race between the parasites and their hosts – the hosts  try to get rid of the parasites or to keep the damage from them to a minimum,  the parasites again try to utilize the host maximally. For instance some cavity nesting birds bring green parts of plants  into the nests; the chemical constitution of those may inhibit the development of the nest parasites. Taking sand and water baths and grooming the plumage has the same goal. But the parasites have also developed countermeasures during the course of evolution, one of which may be specialization on a single host species.

In great tit nests the most frequently occurring parasite is the hen flea (Ceratophyllus gallinae), of whom there may be several hundred in one nest, often even more. The hen fleas are generalists that have been found as parasites on at least 72 bird species, most often on tits. The larva of the fleas feed on the organic material in the cavity, the imagos suck blood from the birds. Since this species as a rule is a parasite only on one bird species during its lifetime, it may be expected that among hen fleas a certain ”taste preference” has developed as well as an adaption to life in the nests of specific bird species. 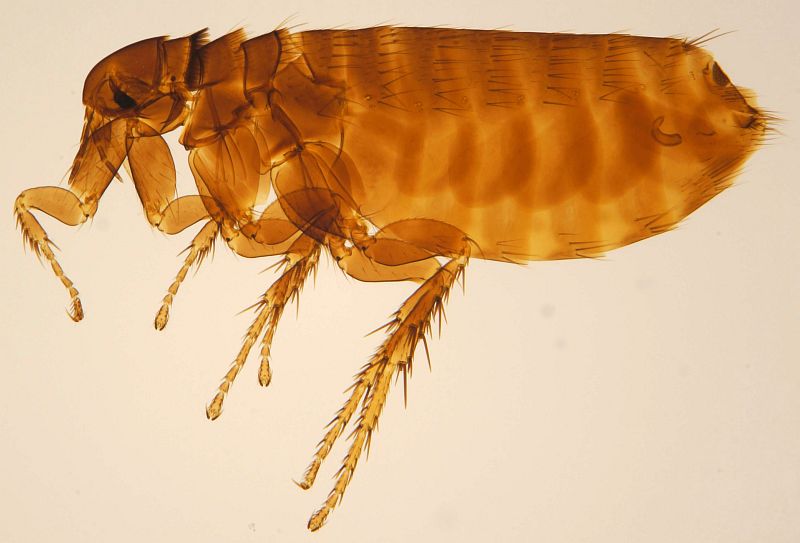 Many birds have the habit of using the same nest cavity from year to year. In order to favour the nesting of different bird species in the same nestbox it would be sensible, with regard to the abundance of parasites, to close the nests used by great tits in the beginning of the nesting season, opening them again only when the pied flycatchers return from their migration, in addition to the annual cleaning of nests. It might help to reduce the specialization of hen fleas on a particular species and increase the general nesting success of birds.