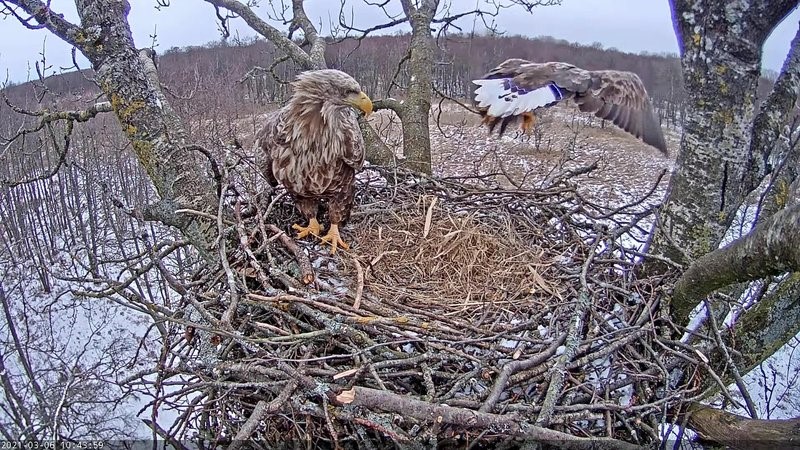 The white-tailed eagle nest camera is situated in Matsalu National Park, which with its area of almost 500 km² is one of the most important nesting and stopover sites for waterfowl in Europe. Matsalu is a stopover site for over 2 million waterfowls, from which 230 000 stay for either a shorter or a longer period. The shallow Matsalu Bay, surrounded by coastal grasslands, alvars and reed banks of approximately 2,000 ha, provides a very good food source for white-tailed eagles.

Livestream from the white-tailed eagle nest can be seen on Eagle Club Estonia’s YouTube channel https://www.youtube.com/Kotkaklubi.

The nest camera is installed on the oldest known white-tailed eagle breeding territory in Estonia – the first records of this date back to 1887! The history of the current nest is also interesting, among other things, it can be seen in Rein Maran’s 2005 documentary Estonian Eagles (Gaviafilm, 2005). The documentary was filmed in 2002, when one of the adults nesting there was from the Turku area in Finland.

White-tailed eagles built the nest visible on the webcam already in 1996, after their earlier nest-tree nearby dried – the previous nest was found in 1990. The current nest has been permanently and annually inhabited and a total of 29 eaglets have fledged there between 1996 and 2020 (over 25 years), i.e. it is a very productive nesting site. The area is very suitable for white-tailed eagles – Matsalu Bay and surrounding grasslands – and as a proof of this, another pair of eagles have started to nest very close to the pair visible in the nest camera. The distance between the two pairs is less than a kilometer. It will be interesting to see how the white-tailed eagles, who fiercely defend their territory, manage so close to each other.

23 out of the 29 eaglets hatched in this nest have been ringed. As many as ten nestlings have been seen in later years, including the eaglet ringed in 2012, who we briefly saw in the white-tailed eagle webcam in Läänemaa in 2018, and the eaglet ringed in 1995, who we saw from the camera of the eagles winter feeding ground in 2011 and 2013. The nesting adults of this year have no rings.

White-tailed eagles start decorating the nest with fresh branches and hay already in late winter. Usually the eggs are laid in the second half of March. There are up to three eggs in the white-tailed eagle brood and the chicks hatch in late April. The eaglets fledge at the beginning of July, but will stay close to the nest until September. 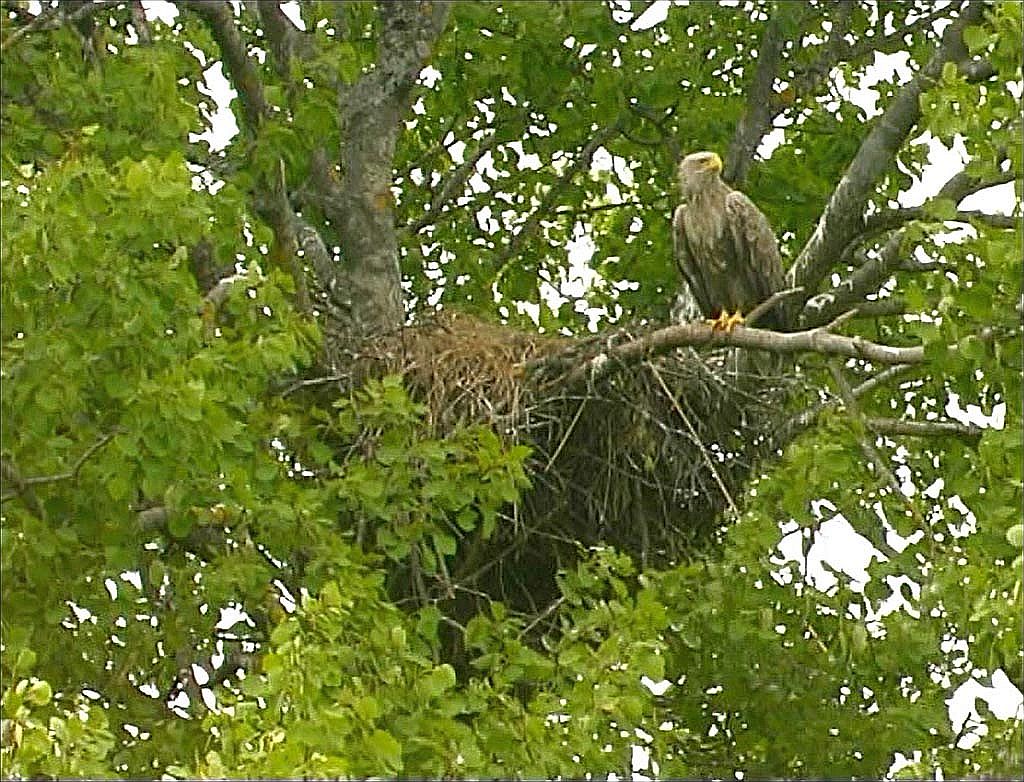 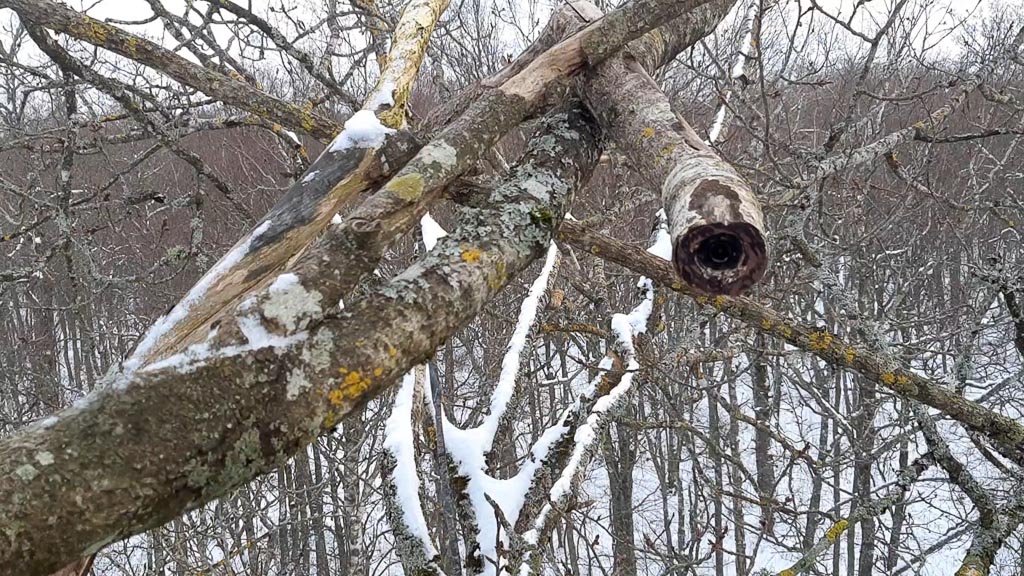 Camera seen from nest. Lens is hidden inside the aspen branch.