Editor of science news from the Year of the Great Tit Marko Mägi, marko.magi@ut.ee, Bird ecology researcher at the University of Tartu 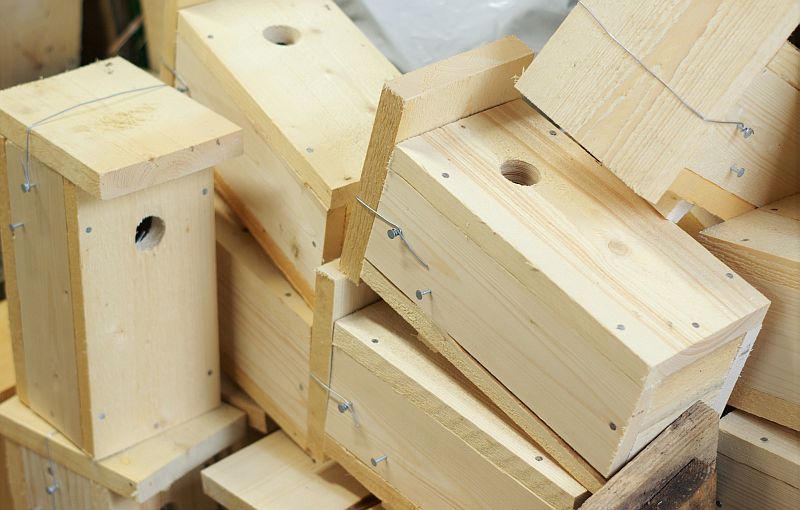 Who would not love a singing starling or a great tit in one’s home yard on a spring morning? Systematic setting up of nest boxes in gardens is one of the easiest ways to create breeding conditions for hole nesting birds. Moreover, providing nest boxes in gardens is a simple way of clarifying if and by how much the number of birds has increased by this – if there were no birds earlier but many species present after the installation of the nest boxes, it is reasonable to believe that until then there was a lack of hollows suitable for the birds. However, from the example of a single garden it is difficult to draw any major conclusions and to answer the question whether the breeding density of hole nesting birds really increases by the use of nest boxes. The forests of north-western Estonia in the Kilingi-Nõmme area offer an answer to this. About a thousand nest boxes set up there have been monitored by the bird ecologists of the University of Tartu already for decades.

But is it as simple as that? From ecology it is known that with an increase in breeding  density negative effects may appear. In the home garden these effects may not necessarily be noticed because in gardens a sufficient number of nest boxes or birds nesting in them are often lacking. Moreover more precise studies often presume that the birds are caught or in some measure disturbed during the breeding period time which as a rule is reserved for scientists.

Various traps are used to catch nesting birds, but there is also a quite different kind of trap – the ecological trap – in which the bird that is lured there suffers damage. Ecological traps are invisible and their existence becomes clear only after thorough studies. Ecological trap is a name for a situation where apparently all conditions are present for a successful breeding but all the same the individuals fare badly and their breeding success in a seemingly favourable habitat is poor.

The use of nest boxes can create an ecological trap quite easily, by the installation of an unconsidered number of boxes in a habitat favourable for the birds. The trap works on the birds by evolutionarily based decision rules that they can ignore only with difficulty. In the case of great tits it may for instance be the presence of a hollow. Evolutionarily great tits have nested in broadleaf forests, with a sufficient number of hollows and enough food to raise their chicks, for a long time. Thus the relationship between attractive breeding sites and a successful breeding has become rooted. But since in addition to great tits many other bird species like to nest in broadleaf forests, adding nest boxes there may raise the breeding density to a limit when there will not be sufficient food for raising the chicks. The trap can become particularly dangerous in relatively small forest stands isolated from the remainder of a forest landscape for instance by agricultural fields. Research in southwestern Estonia shows that a broadleaf forest in particular may become an ecological trap in certain conditions. The breeding density of great tits in broadleaf forests there is lower than in conifer forests.  Placing additional nest boxes in conifer forests however has a positive effect on great tits because it opens an opportunity to use a hitherto untapped food resource, the insects living there..

From the example of the great tits we have become fairly well aware of the formation mechanism of one possible ecological trap. Tracking it down however took several years. This is one of the characteristics of ecological traps – they are insidious and difficult to notice. Before setting up nest boxes one should consider carefully if, how many and where they should be placed, not to do harm rather than be of use to the birds.