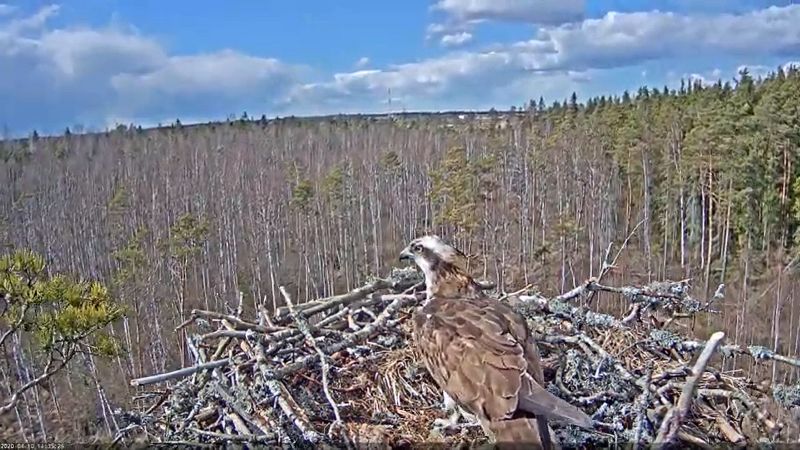 We built the Võrumaa osprey camera nest in the autumn of 2011 instead of a fallen natural nest. The natural nest was located about 300 m from the current artificial nest. The following spring, a pair of ospreys immediately adopted the artificial nest with a camera, thus we can observe this nest for the ninth season in a row. The history of the nest can be viewed on the osprey cameras page. The first nesting female called Piret, was equipped with a transmitter and her migration routes can be seen on the migration map (autumn 2012 and spring 2013). We have not been able to remove Piret's faulty transmitter, although we know that she later nested in a new territory (about 35 km southeast). The nest owners have changed several times during the nine seasons. This year, a pair of ospreys familiar from last year, Miina and Marko, occupy the nest. In 2019, they had two chicks, but only one fledged, because a goshawk killed the second chick. Hopefully this year's breeding will be more successful. 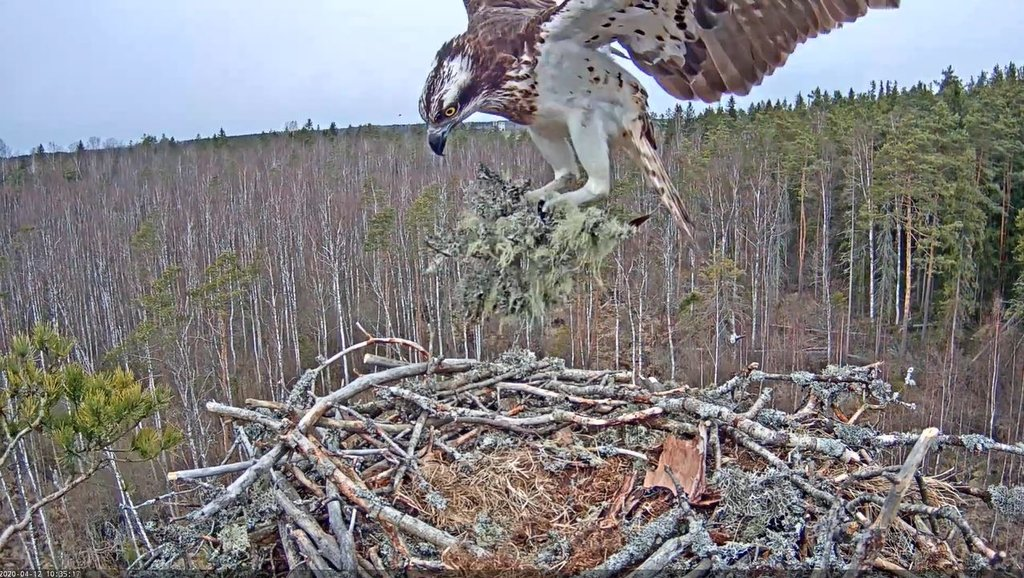 Dry branches, bark and hay are used as nest material. 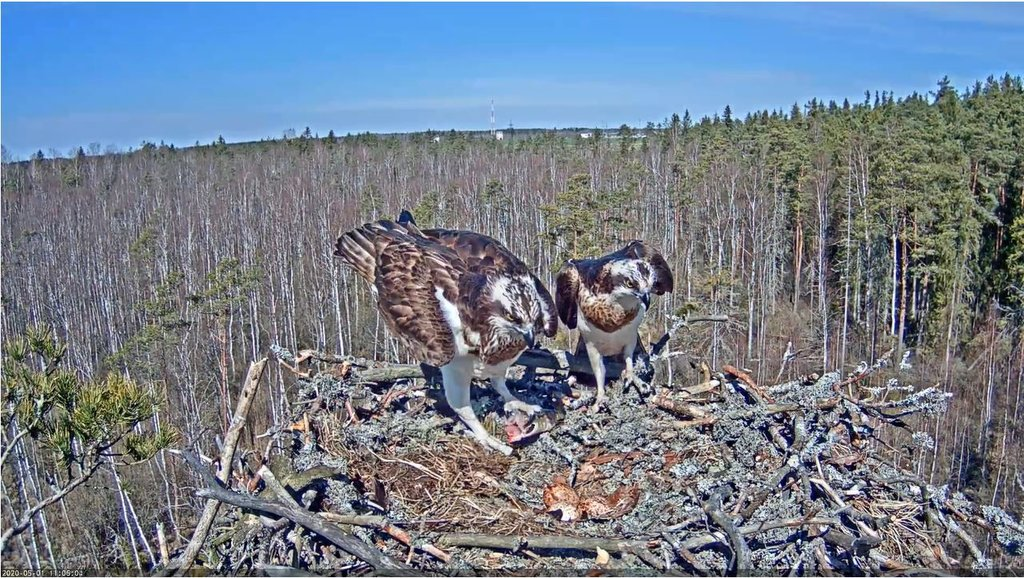 The livestream from Võrumaa nest can be seen since April 9. Three eggs were laid between 16 and 22. April. Hatching is expected in the last week of May. The forum covers all major events. 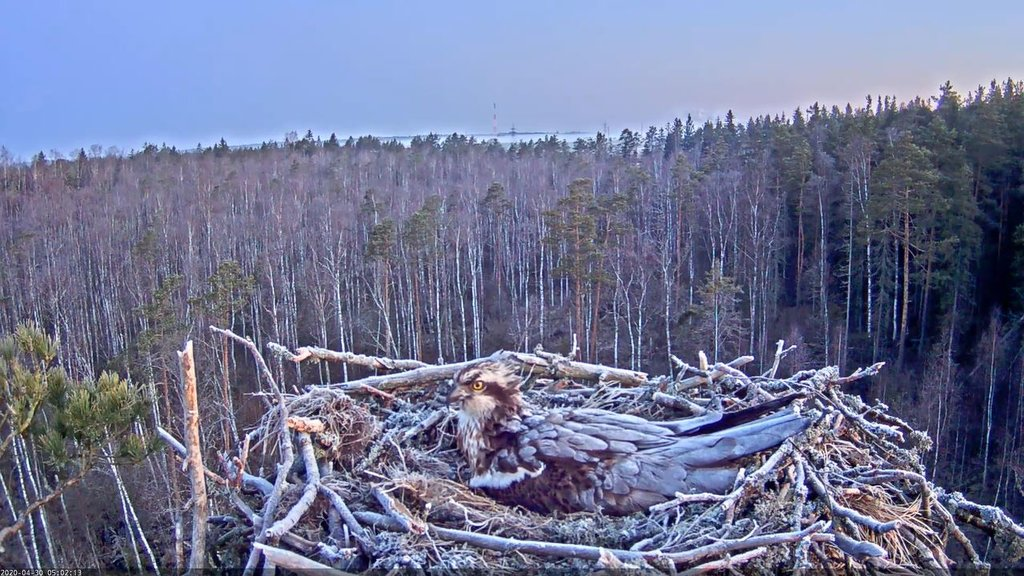 Freezing temperatures test the endurance of the brooding female.

The camera is an AXIS F41 with a separate sensor and a microphone made by Omar. The camera signal is transmitted with MikroTik antennas to the nearest Tele2 mobile mast and from there to the Beta Group server. Streaming to the viewers is done through YouTube channel. It is not forbidden to use the stream from the nest elsewhere, but please let us know if possible (send a message to urmas (ät) kotkas.ee).

Osprey cameras operate autonomously without external energy and data communication. Energy comes from the sun; it is stored in batteries for stability. Data is transmitted via WiFi links kilometers away from the nest to the broadband mast. Thanks to the help of contributors, we have been able to update the technology over the years to enhance the camera image. The Environmental Investment Center has supported the installation, removal and maintenance of cameras.