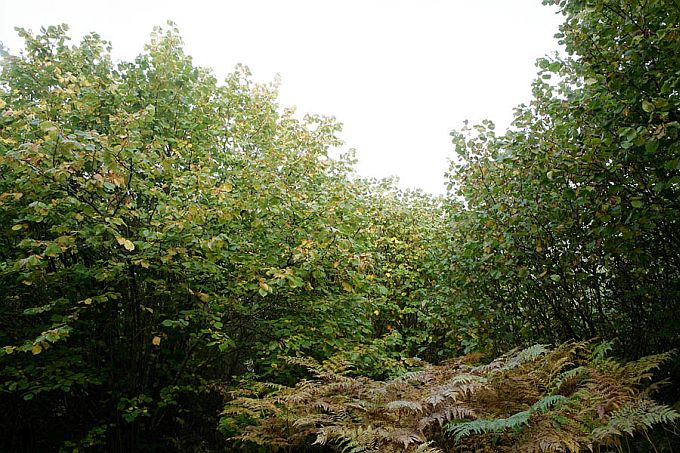 Hazelnuts can be picked now and there are some. Really abundant nut years come at three to five year intervals.

The hazel can grow with up to ten trunks: an upright, well branching and high-growing shrub, less often a tree. It grows well on lime soils, in western, northern and southern and also on the Pandivere uplands in the mixed or broadleaf forest undergrowth.

The hazel grows rapidly as young. It starts bearing fruits after its fifth year but becomes attractive to nutpickers only after its tenth year of growth. 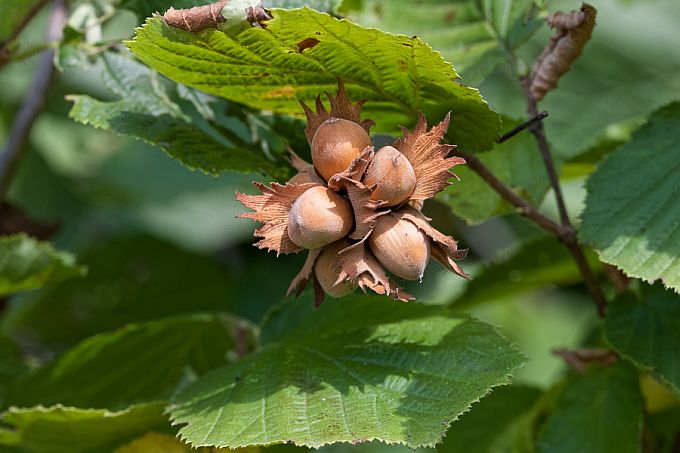 The bell-shaped soft husk that surrounds each nut is green in summer, velvety and fringed at the edges. There may be up to five nuts in a cluster, with a single seed or kernel in each; by now they have a nice brown colour. The average diameter of hazel nuts is a couple of centimetres and the weight of a thousand nuts is a little more than a kilo.

If a nut will not come loose from the husk there will almost certainly be no seed in it because the nut weevil (Curculio nucum ) has laid its eggs in the young nut.

Among the smaller forest inhabitants mice and squirrels as well as birds appreciate nuts and all have their own “handwriting” in getting the nut out of the shell. 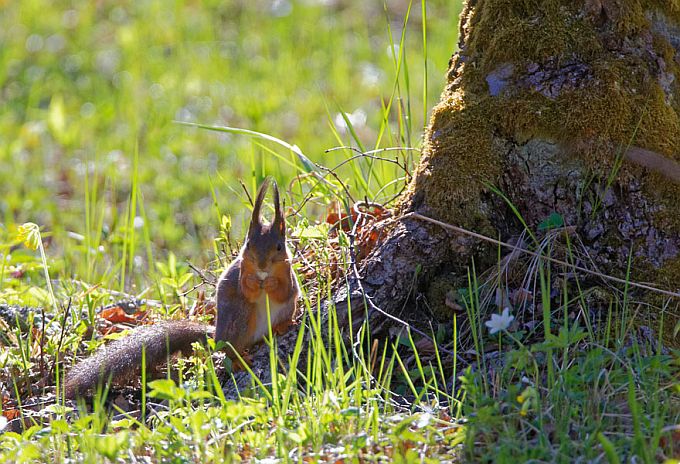 The squirrel gnaws a small hole in the tip of the nut, held between its forepaws. It presses its lower cutting teeth into the hole and the shell falls apart (so old experienced squirrels work, this year’s young animals are still learning the art, and struggle quite a bit to get at the seed). Of course hazel nuts are hidden for winter stores. 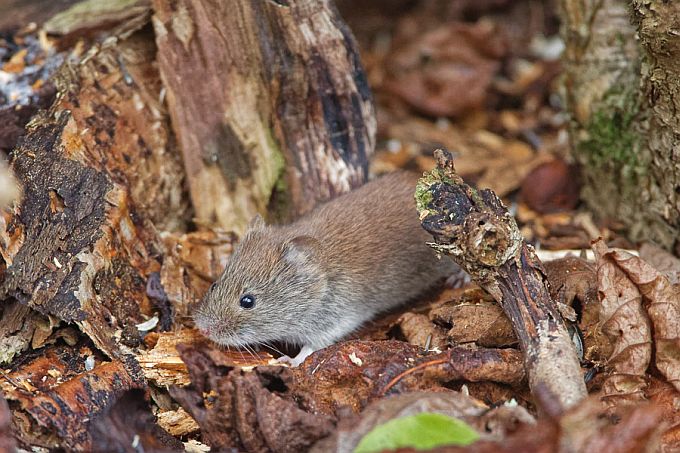 Small rodents search for nuts spilled out on the ground and gnaw a hole in the shell wherever they find an ”anchoring point” for their teeth on the smooth shell. Nut shells gnawed by them look ”tousled”.

If you find a pecked nut for instance in a branch fork it seems logical that it has to do with a bird – so the nuthatch works, leaving the nut shell in a crack in the tree:

Woodpeckers often go to enjoy the nuts in a particular tree; under it you will find cracked nut shells

A magpie tries to get at the nut kernel on the groundl. 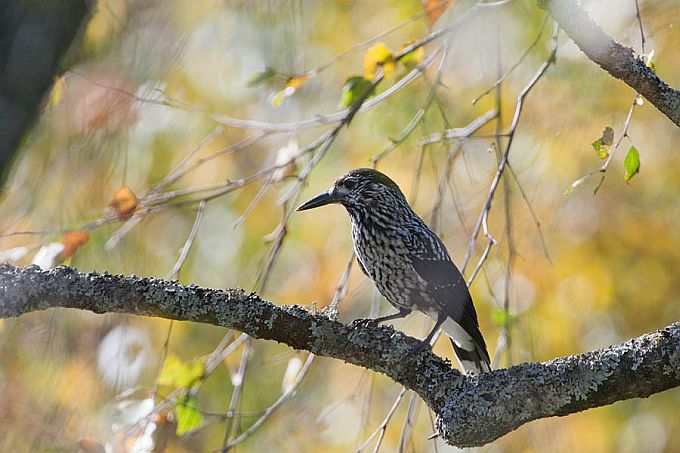 The skilled spotted nutcrackers are diligently busy in hazelnut groves. In winter they find the nuts that they have hidden in autumn again even in deep snow. How the bird manages to record all the nuts hid in autumn on the “hard disc” in its head is a mystery.

As “dinner table“ the nutcracker uses a tree stump or a tuft – what goes on in the surroundings must be checked. It holds the nut with one foot, one or two hard blows with the strong beak, the kernel in the beak and already in the belly … only remains to fly for the next one.