Climate discussions have become the most important issue for Europeans. And at a time when the decisions have already to be taken by politicians, not only by employees of the environmental protection agencies, much anger and controversy surround these.  But that something is happening to our globe is understandable even for a small child. The understanding starts with small details, the ability to look around to see how the other inhabitants of the planet live, or even those whom we meet each day in nature. I looked in my  notes about what in nature made my heart beat harder this year:

Photographed by Kadri Veskioja. Moon eclipse on 21.01.2019 in Põlva

To the beginning of January there was already snow on the ground and some days it reached to the knees. But from time to time there were thaws and then  reddish tracks of blood dripped to the white snow from the wild rose shrubs. The end of the month again brought something red into the sky, on January 21 the ”earth swallowed the moon”. The moon eclipse was quite well visible.

By the end of January is was already possible to enjoy sunbaths in the thick snow to the accompaniment of tit concerts. 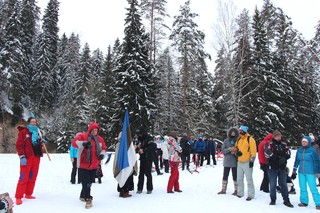 By early February the tits were so agitated that they started checking available apartments with entrance holes. Beautiful red sunsets and dearth of water in springs.

Still, there was no lack of snow, from time to time a ”branchbreaker” snow fell that vexed  tree people. But in the middle of the month snow already melted at walls and the thermometer jumped to  +7 degrees. Snowdrops poked up their noses. Hares pruned apple trees with great fervour. The anniversary day of the republic presented the old faith adherents with a glorious day in Taevaskoja. 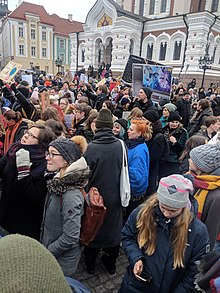 In March the fight between snow and warmth lasted until midmonth but again  and again the pikes of snowdrops scared the snow into melting. In Võrumaa scarlet elfcup mushrooms as well as well ground elder were up in the forest undergrowth. The nuthatch whistled and woodpecker drummed.

March 15 brought out extraordinarily many children into the streets on climate strike. A rainbow was in the sky on March 18. On March 23, unusually early, the “heralds of a golden summer” fluttered around in the courtyard and ice mountains again gathered on the Peipus shores. 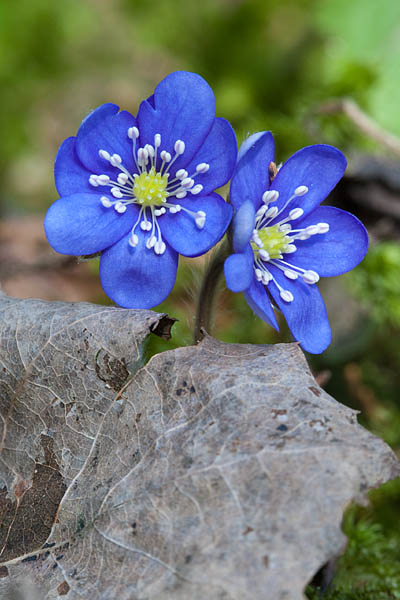 In the first days of April Hepaticas started flowering and chaffinches to sing. Bird cherries were green by April 7 and on April 18th dandelions flowered in and cowslips in Võrumaa. On April 20th the ramson craze started. On Jüripäev, Day, toads mated. At the end of the month the red sunsets particularly bewitched us. 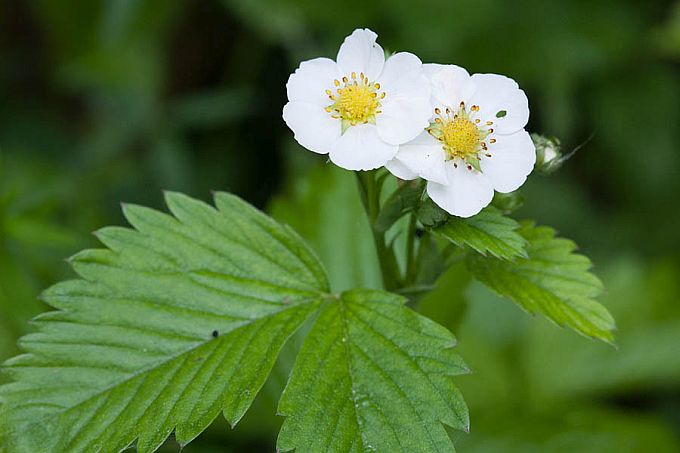 In the first days of May wild strawberries and plums flowered in . On the morning of May 6th the flowers were iced. But at the same time lilacs started flowering. Eggshells of starlings were on the ground on May 7. Who did not see any bears had not been in the forest. People tracked them on hiking paths.

In the middle of the month ground elder could already be mowed. It was “the year against cutting down of dandelions”JuneWhite clover flowered on May 28. 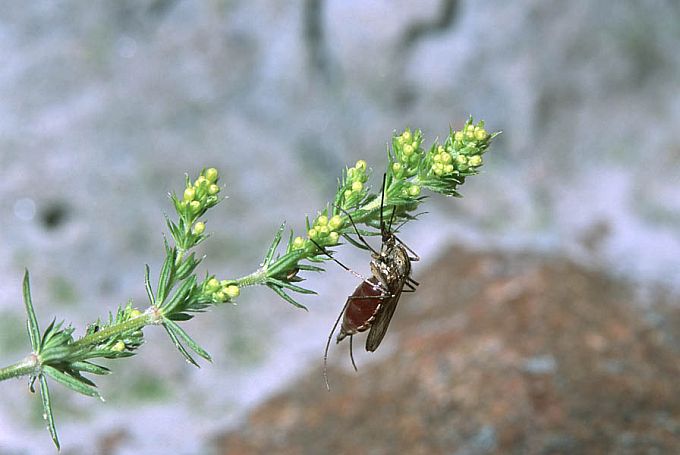 In June we enjoyed sun and warmth and an enormous blossoming craze. Unexpectedly the first birch boletes (Leccinum scabrum ) appeared in the forest in the beginning of June. The yield of wild strawberries was poor. Instead mosquitoes were many and they turned quickly red in the presence of humans. On Midsummer Eve it did not rain. The  sun shone caressingly. There was a crazy amount of linden flowers. 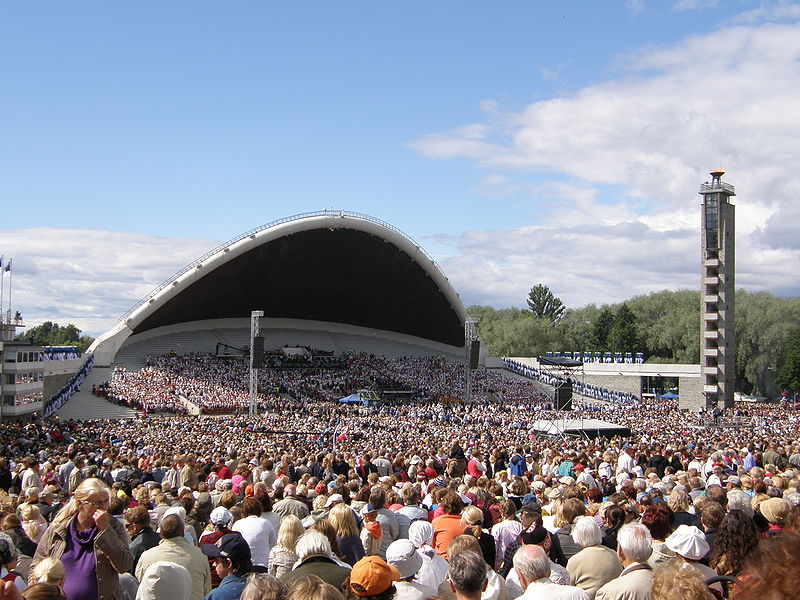 July was cool and grey. During the rehearsals for the Song Festival rain splattered down. The raspberry harvest was endless. The shrunk and at the end of July the thermometer jumped to over 30 degrees. 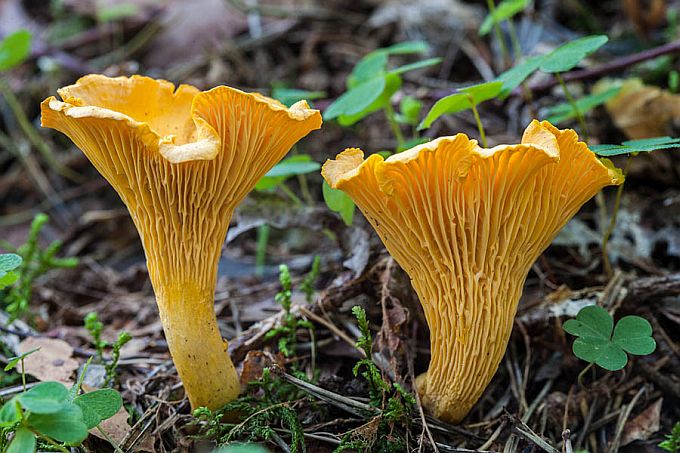 The beginning of August was rainy, unexpectedly it turned out that this year honey could not  be extracted from the honeycombs, in many the honey had crystallized in the combs. There was enough of chanterelles but as they started coming up many disappeared in the drought.  In there was an apple famine. And also a cepe famine. Northern lights flashed across the sky. 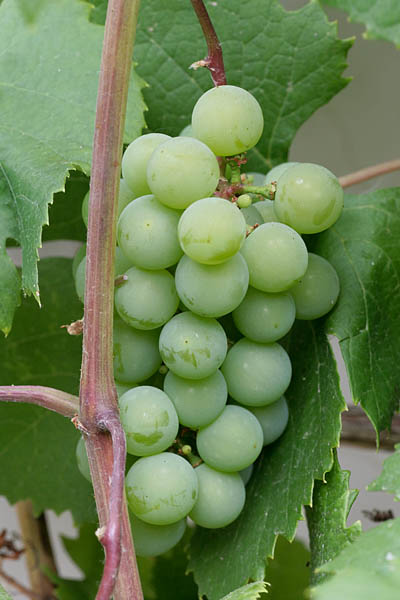 In September we discovered that we are a southern country – the autumn brought a record  harvest of grapes. There were almost no acorns in . The chestnuts however were large.  The cranberry harvest did not ripen by the second  week of September, the seeds turned brown a week later than usual. By the beginning of autumn tree leaves turned slowly yellow and the  solstice brought the first frost and there was ice on water vessels. 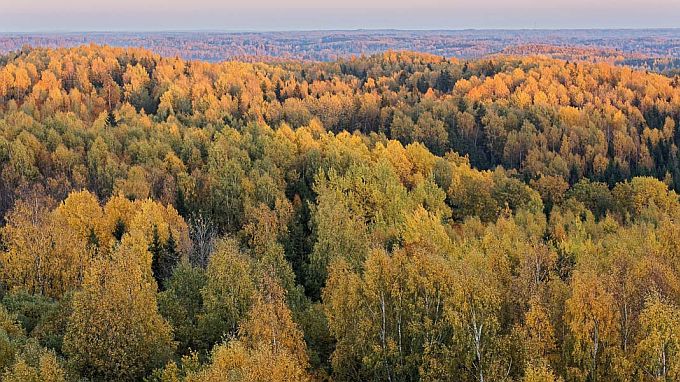 In October flowers did not want to believe that summer was over, they only went on flowering. On October 7 the Toomemägi was full of leaf gold and people admiring it. It was an extraordinarily colourful autumn. By mid-October also had its lowest level period. On October 27 the storm broke trees and in Võru forces of nature set up a survival course for people. On October 29 the first snow fell.

November arrived with storms and mad rainfall, wells were again filled and fields were flooded. Ponds got ice caps by the end of the month

In December several waves of cold arrived and sometimes there was even snow on the ground, there were gales and deluges.

I also asked my scientist friends what signified this year’s nature, what was as usual and what was special:

Botanist Tiina Elvisto says: “September and the beginning of October were very rainy. The spruces had many ”cocks” or cones. It was a year of fairy-tale riches of rowan, whitebeam. hawthorn (Crataegus submollis), hawthorn and grapevine  berries!“

Painted ladies (Vanessa cardui) had two peak waves of migrants in spring. There were  surprisingly few in the summer generation.“

Looduskalender creator Gennadi Skromnov talks about his own as well as wife Marju’s observations: ”On the spawning sites of the salmonids there was enough water thanks to the autumn rainfalls, the westerly winds also helped and kept the sea water level high. The spawning sites showed fish nicely but the spawning period dragged out longer than usual and the spawning still lasts. During the last couple of drought years our apples had thicker skins, rather like those that are imported from the south. In north-western the summer mushrooming season was lost but the autumn one started with rains in September and still lasts.“

Vello and Laine Keppart who have observed nature in Jõgevamaa for years: ”The vegetation growth period in Jõgeva was longer, hotter and drier than usual. From April 1st to September 10th the deficit in precipitation was . For the second summer there was scant soil water during the vegetation period of plants. In lakes and rivers water level was very low. Due to the dry and warm year borers quickly spread in spruce stands – several spruce groups dried.”

Kaja Kübar from Pärnumaa who has raised bear cub orphans in the Nigula wild animal shelter tells : “Bears were gambolling everywhere, one of them amused itself with hitting hay balls. There were really many wolves this year, sometimes nine wolves at the same time were caught by the car headlights. But autumn started with only mud, mud and mud.”

Wildlife photographer and ornithologist Arne Ader says: “There are ever less and less corncrakes. It was exciting to follow the nest life of the bird of the year, the nightjar, in the webcamera. And in autumn I was amazed by the passing migration of the bartailed godwits ((Limosa lapponica), I have only met a few solitary ones earlier, now however on some days 10 birds at a time in the Matsalu pasture.”

Conservationist Enn Vilbaste writes: “Wagtails stayed long here, both the grey wagtails as well as the yellow ones. The black grouse have started to nest on the cattle pastures because there are crazy numbers of small predators at the marsh edges.”

Medical herb scientist Ain Raal describes sea life: ”A boat trip to  the Malus islands made me particularly happy. We found ourselves suddenly in the middle of seals that even came to accompany us when we left. Unbelievable what a country we live in!“