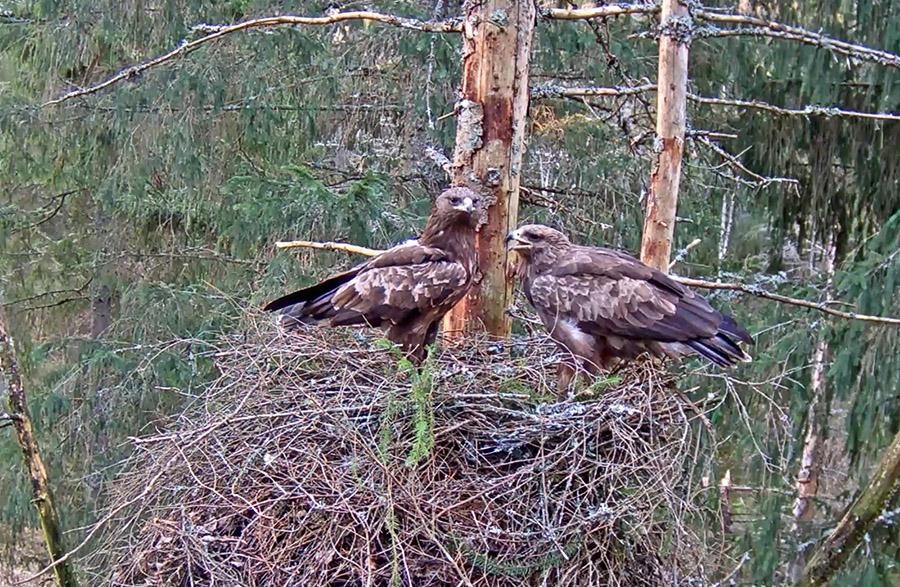 We have been following this greater spotted eagles’ nest with a camera since 2018. Last year one eaglet fledged from this nest, which is usual for the spotted eagles. To our knowledge, this pair has raised one eaglet every year since 2016. Unfortunately it is not possible to ring the young because the nest is on a dead spruce, thus the offspring of Tõnn and Tiiu cannot be recognized after fledging. Greater spotted eagles return to the breeding sites a week or two earlier than lesser spotted eagles. Therefore, they can easily get caught in the snow, but that doesn't stop them from building the nest:

The nest is situated not on an ordinary greater spotted eagles landscape, but on the typical landscape for the lesser spotted eagles. However, as the nesting results prove, Tõnn manages well in this site. Probably an important contributor to this is Sirel sheep farm, which manages grasslands in a way suitable for the spotted eagles. 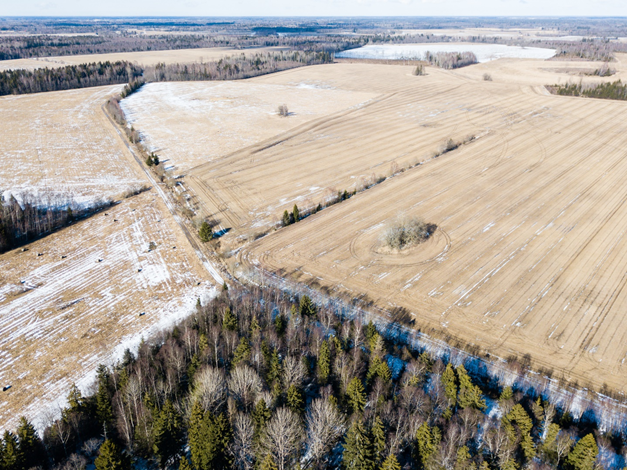 Tõnn is equipped with a satellite transmitter and we have been able to follow his travels since his maiden flight in 2008. He is wintering in El Hondo wetland in Spain: 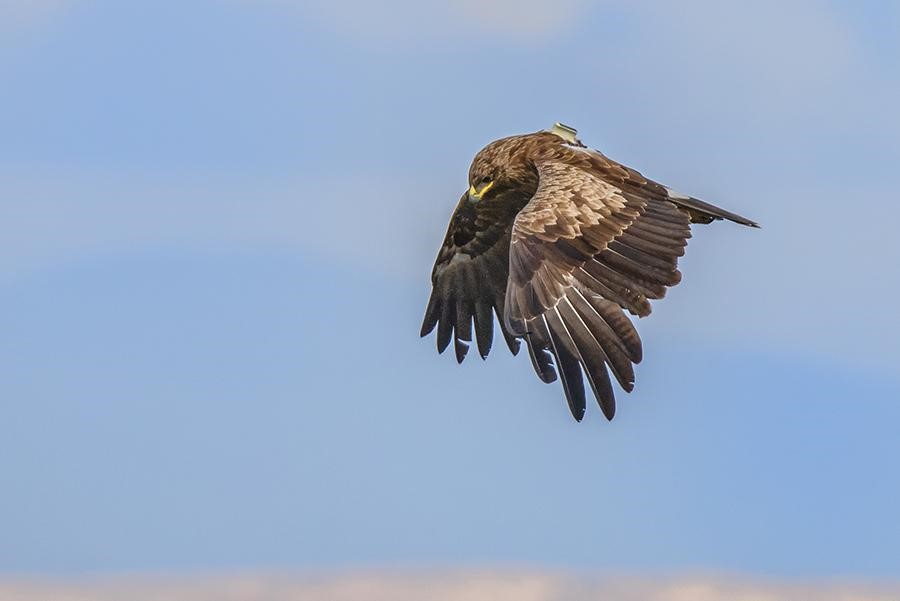 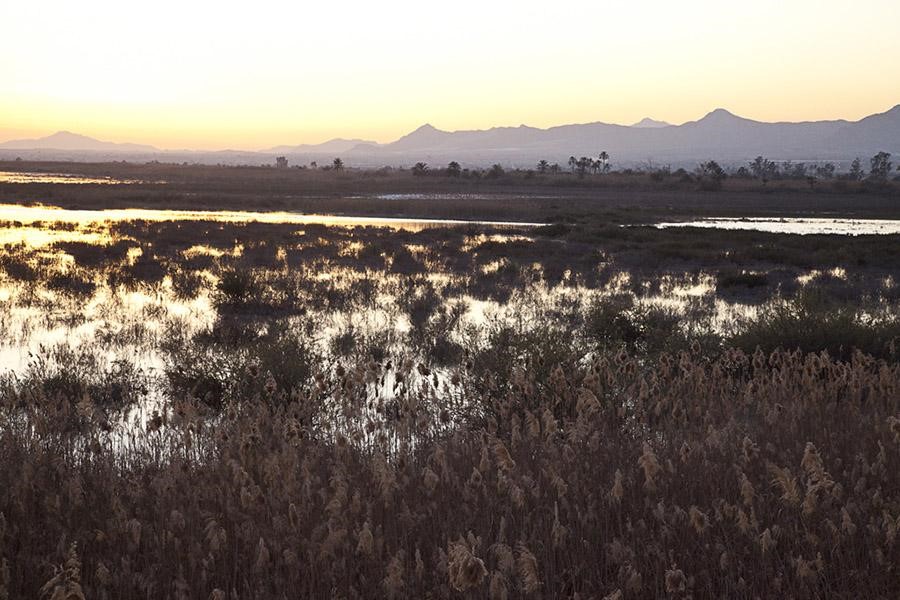 Tõnn and his wintering site in Spain, El Hondo wetlands.

Before he reached breeding age Tõnn visited among other places northern Norway and made his way around the Gulf of Bothnia. Tõnn's migrations and several pictures of him (since 2008) can be seen on the migration map http://birdmap.5dvision.ee. The female bird Tiiu is not ringed and therefore we do not know her origin or wintering grounds.

We use AXIS F41 camera with a custom-made microphone. As the nest is located on a dead spruce the camera was installed on a neighbouring tree. 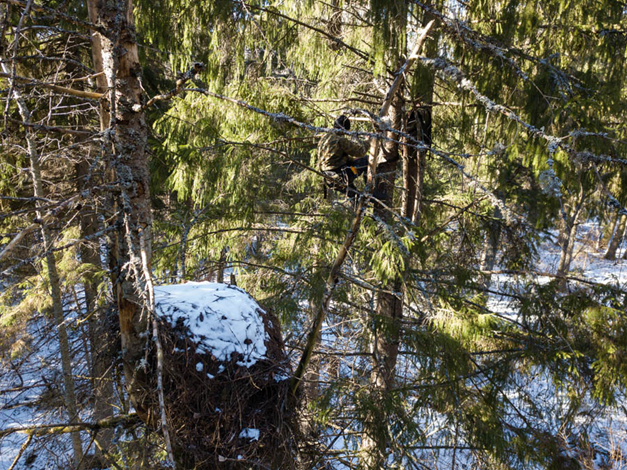 View to the camera tree, over the nest. 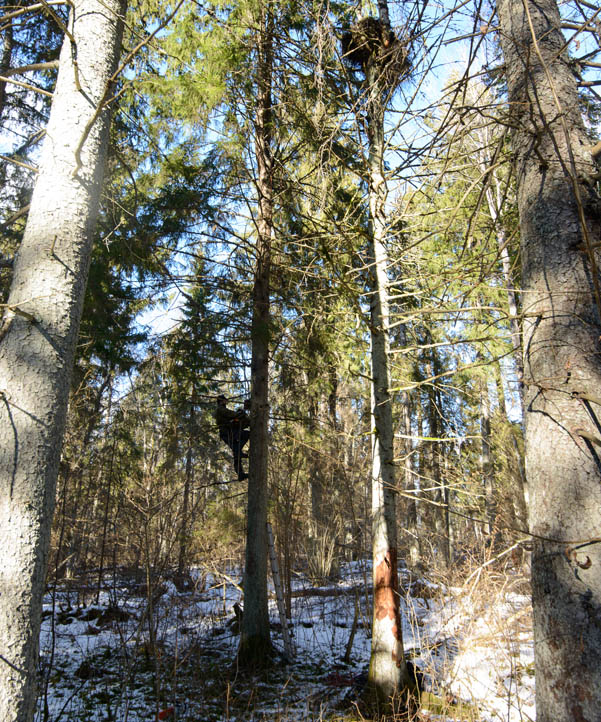 Thus, we cannot see the birds close up and with high wind the image might sway around a bit. The camera is powered by solar panels, and to save energy, the camera turns off when it gets dark and batteries are weak. Live broadcast from the nest resumes at sunrise. We transmit the camera image via 4G mobile internet, so in case of intensive network use, there may be interruptions in the transmission. The camera is streamed through the Eagle Club Estonia’s YouTube channel. Preparing and recording the camera signal for streaming has not yet found a home server, it is temporarily handled by the Beta Group OÜ. 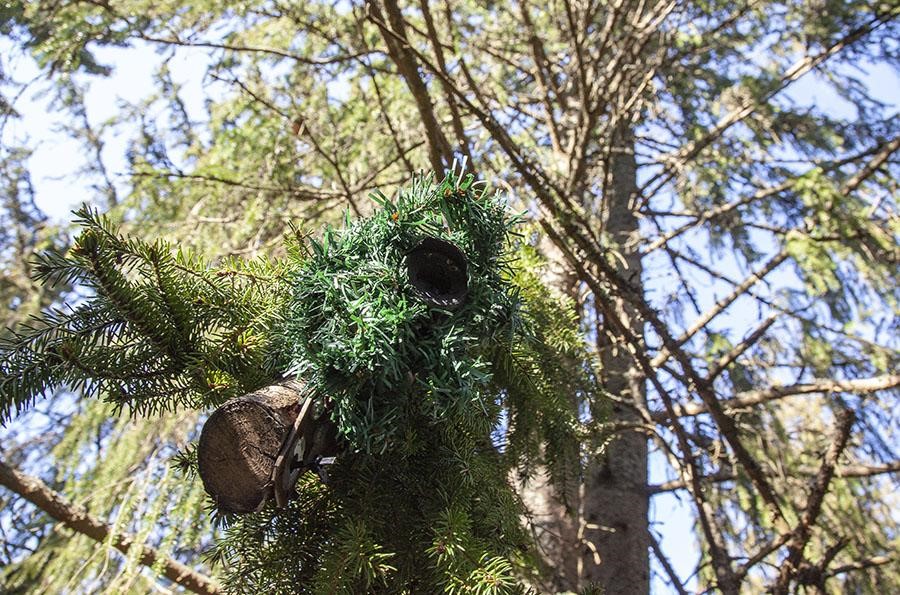 Camera looks like that, if to look from the nest and zoom in.